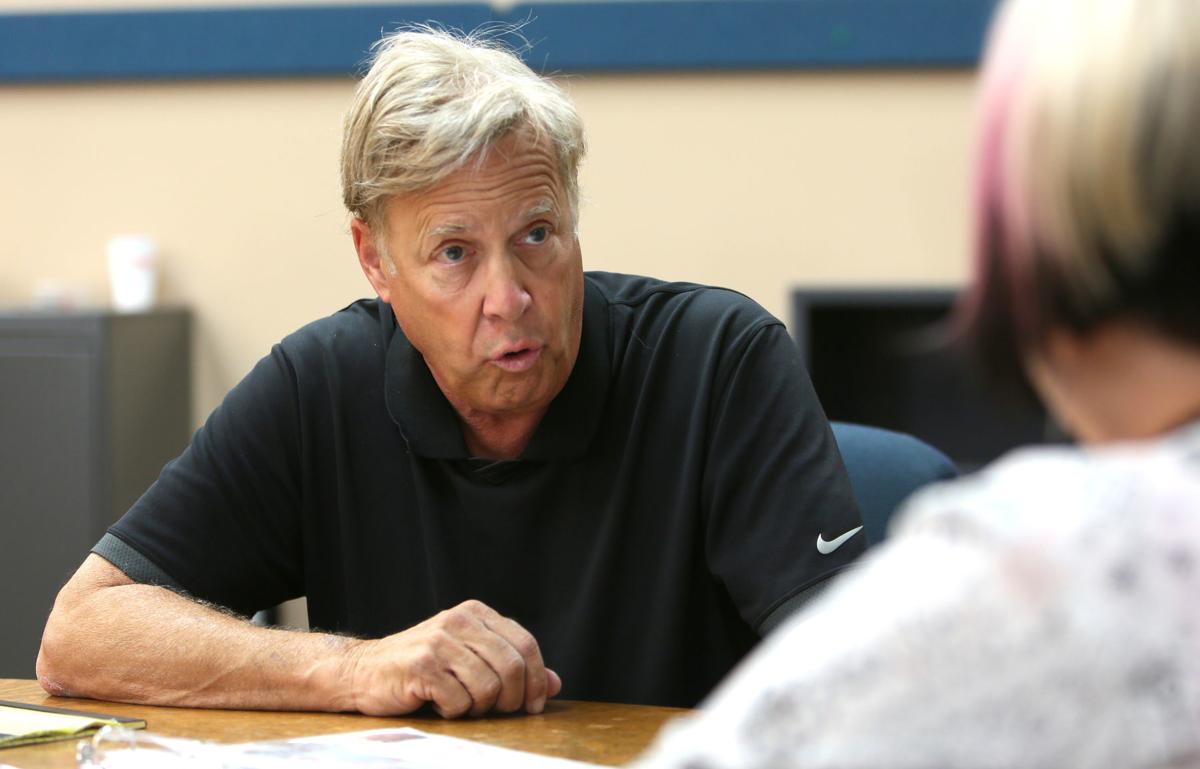 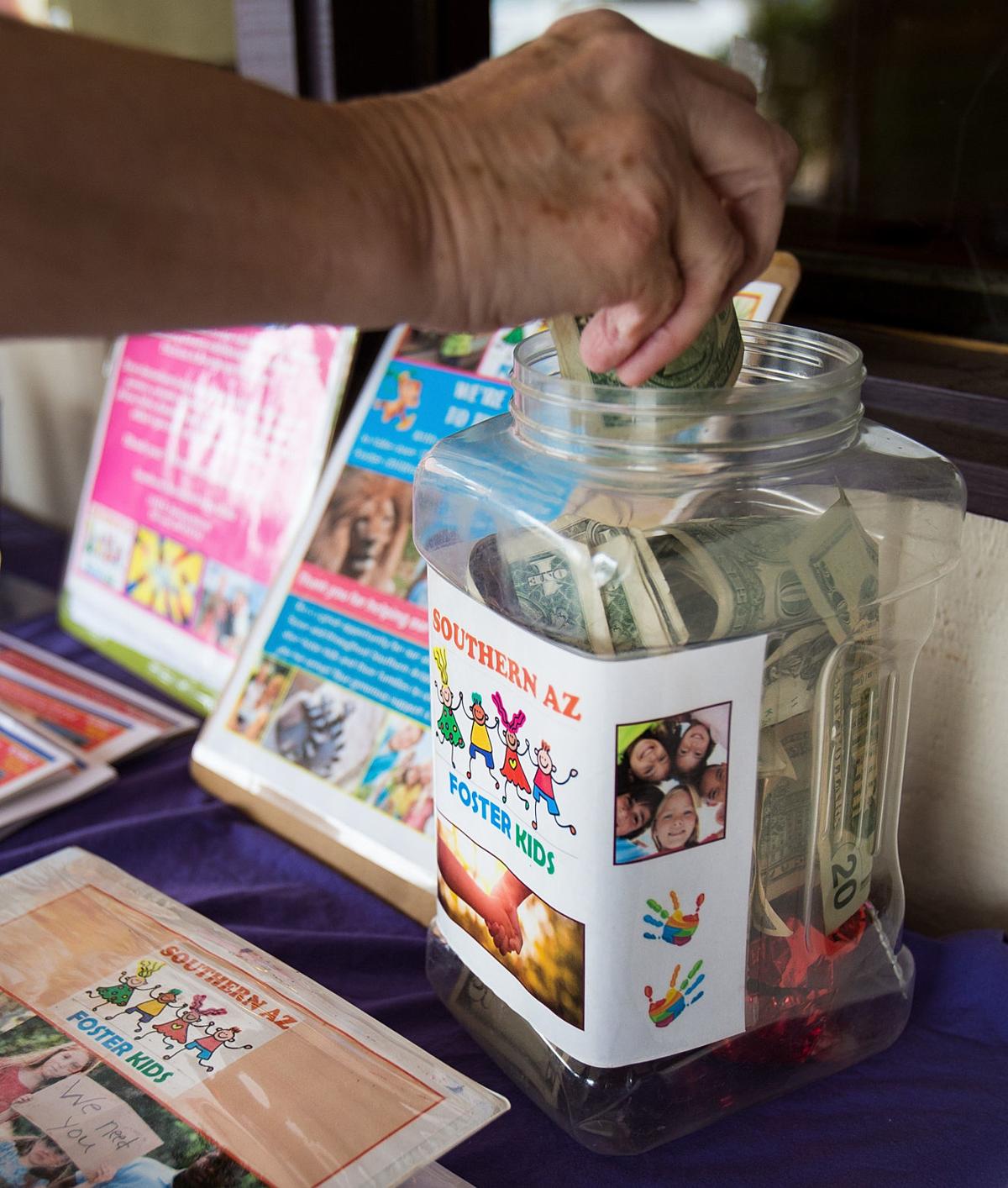 The head of an out-of-state fundraising group that claimed to serve local foster children but did little to help them said he closed his operations in Tucson last week after coming face to face with some of his fiercest critics.

“I’m not welcome here and I’m not going to operate here,” Landau, a Phoenix-area resident, told the Arizona Daily Star in a phone interview Thursday.

It still isn’t clear what’s become of the mainly-cash donations Landau has collected in Tucson over the past five months. Half the money went to the solicitors who collected the donations, but the other half is largely unaccounted for.

Landau arranged Tuesday’s gathering to explain himself to the local foster-care community after a recent Star investigation found most of the money his solicitors raised did not go to foster children. The four people he met with included three who work in foster-care licensing and one who is a tax professional.

At the meeting, Landau offered his critics $1,000 each for their own foster-care organizations. They refused.

He proposed hiring the tax professional to do his taxes. She refused.

“The fact that he said that out loud just confirmed for me what a scammer he is,” meeting participant Mea Han Fajardo said of Landau’s offer to switch causes. Fajardo works for Grace Retreat Foster Care and Adoption Services.

Landau acknowledged making the offers during his phone interview with the Star. Asked why he was willing to change causes after proclaiming himself committed to foster children, he said he was “making suggestions” for how he might avoid further conflict with the foster-care community.

Landau’s critics told him his Tucson group did not meet basic accountability standards for nonprofits and pledged to warn local charities that serve animals or children if he adopted either of those causes, meeting participants told the Star.

“He wanted to know how we would invite him to be part of the (foster-care) community here, and we told him he had to do it right and become legit,” said Lin Leclair Turner, owner of a tax preparation firm and board member with the Arizona Friends of Foster Children Foundation.

Landau apologized at the beginning of the meeting, she said, and told her he’d investigate how to run a legitimate organization and get back to her Friday. Either that, she said he told her, or he was going to leave Tucson.

Landau also told the meeting participants he needed to keep collecting funds last week in order to hold a final event here. He asked them if they would “keep quiet” about it. They said no.

Resistance from local nonprofits wasn’t the only problem Landau faced.

Many of his table solicitors — he wouldn’t say how many — quit within days after the Star’s initial story. So did two office assistants in charge of booking donor solicitation sites outside Tucson stores and restaurants, the Star has learned.

Landau told the Star he still doesn’t know how much money he raised in Tucson. He did say 50 percent was kept by solicitors staffing his donations tables and another large chunk — he estimates 22 percent — went to other administrative overhead.

He estimated 28 cents of every dollar he raised went to foster children. But the only event he has held in Tucson — a May 19 trip to Funtasticks Family Fun Park that cost an estimated $650 — was paid for with a check that didn’t clear the bank.

This week, after nearly three months of broken promises, Landau finally made good on his bad check by borrowing money from his elderly father in Ohio to repay Funtasticks. Landau said his father provided a short-term loan and that he repaid the loan within days.

Landau’s Tucson group was a branch of the California Helping Hands Foundation, a San Diego nonprofit he founded in 2015. The California organization is suspended from fundraising in that state for failure to file nonprofit tax returns in 2016 and 2017, a state official there confirmed.

His percentage-based fundraising system is unethical and “a huge no-no for any legitimate nonprofit,” said Dale, co-founder of the Tucson consulting firm Smith & Dale LLC.

People who work for legitimate nonprofits rely on public trust and are eager to see questionable fundraisers held accountable, she said.

“Any time anything unethical or illegal is going on in the nonprofit sector, it reflects poorly on the entire sector,” said Dale, who has over 20 years experience working with nonprofits.

Turner, the tax professional who met with Landau on Tuesday, said she reported him to the IRS and asked the federal tax authority to investigate.

Tucsonan Christopher Boyd, who has worked in the foster-care field for the past three years, told the Star he was outraged to read of Landau’s methods and notified the Arizona Attorney General’s Office, which investigates consumer fraud cases.

“I think it’s incredibly unethical what this gentleman is doing,” Boyd said.

Landau said the only thing he’s guilty of are a few bad business decisions.

He said he plans to return to Tucson briefly in September to host one last event, a twice-delayed trip to the Reid Park Zoo, but will not publicize the details for security reasons.

“I’m glad it’s over,” he said of his Tucson experience. “I have learned a hard lesson and I’m moving on.”

Brandi Milloy-Simon, who grew up in Sierra Vista, brings her love of food and storytelling to national audience.

Appointed replacement for John McCain would serve until 2020

WASHINGTON — The death of Sen. John McCain has created an open Senate seat in Arizona that Gov. Doug Ducey has the authority to fill until 202…

Presidents George W. Bush and Barack Obama, who blocked McCain's own White House ambitions, are among those expected to speak at McCain's funeral.

Was recently found in civil contempt for defying a string of previous court orders to cease the unauthorized practice of law.

Employee has pleaded guilty to bank fraud; his father recently indicted in scheme.

Children considered typical, those with significant disabilities end up without teams, opportunities, understanding

Investors, who were told to expect financial returns as high as 2,268 percent over three years, indictment states.

The new cards no longer include Social Security numbers.