Mine Tales: Arizona's petrified forest has been mined for uranium, chromite
Share this
William Ascarza Special to the Arizona Daily Star

Petrified Forest National Park, 18 miles southeast of Holbrook, is world-renowned for its petrified wood deposits, but much less known for its mining history and potash deposits.

The area is located on the lower part of the Chinle formation in the Holbrook Basin, which once hosted a tropical climate covered in a dense forest of coniferous trees exceeding 8 feet in diameter and 150 feet tall, 225 million years ago. Over time these fallen trees were covered by river sediment and volcanic ash with high silica concentrate, forming petrified wood.

Classified as a fossil, petrified wood is created from plant material such as fallen trees overlain with layers of sediment including mud and volcanic ash along with dissolved minerals carried by water which crystallize in the wood’s cellular structure. Over millions of years these minerals devoid of oxygen fill in with silica, calcite, pyrite or opal absorbed into the porous wood, slowing decay while forming the solid quartz specimens of petrified wood. The array of colors seen in many of these specimens derives from carbon, iron and manganese impurities in the quartz.

Some petrified wood takes on a green appearance as discovered in the 1970s from an isolated deposit near Winslow. Formed during the Triassic Time Period (225 million years ago), the wood contains 2% chromium, which gives its notable coloration.

Chromite is an important source of chromium, a metal that makes up 0.1 to 0.3 parts per million of the Earth’s crust. Important attributes of chromium when alloyed with iron include an increase in hardness along with corrosion resistance. Stainless steel is composed of both chromium and nickel.

Refractory materials (those that can withstand high temperature) including fire bricks used to line furnaces, kilns and fireplaces contain chromite. A fascinating attribute of chromium petrified wood is that it acts as a natural hygrometer, becoming pale light green when dry and dark green when exposed to water and humidity.

Petrified Forest National Monument was established in 1906 by President Theodore Roosevelt for the purpose of protecting the petrified wood deposits in the region. It was granted national park status through legislative action in 1962 and has increased in size through subsequent land transfers.

The area was explored and actively mined for uranium after World War II due to demand from the U.S. military for fissionable materials.

Navajo prospector Charlie Huskon, employed in the service of the U.S. Atomic Energy Commission (AEC), discovered uranium in a sandstone bed near Cameron in 1952. Similar rock formations in the vicinity of Winslow, Holbrook, Joseph City and around the Petrified Forest National Monument showed promising uranium deposits.

It was the Petrified Forest area comprising eight properties of ore grade material that produced the most uranium for market.

Early prospecting was undertaken by geologist Harry Clifford Granger with a Geiger counter in 1951, with positive findings inside the southern boundary of the Petrified Forest National Monument. Identified was a small low-grade uranium deposit among multi-colored shales. Uranium minerals were found in sandstones with a high concentration of carbonaceous plant material, notably petrified logs.

Uranium mining occurred around the Twin Buttes area. The Ruth Mine was the largest uranium producer, having been located by Preston Coston and Hugh Barton in 1952 and christened for Barton’s wife Ruth. Production began in 1953 with 642 tons of ore shipped from the Ruth No. 4 claim.

The following year, the Moab Uranium Co. served as the contractor, shipping 364 tons of ore from the Ruth No. 1 claim for processing at the Anaconda Co. Mill at Bluewater, New Mexico.

It was also the site of mineral theft involving former employees of the Flyers Mining Co. who stole 9 tons of ore from the Bay Shore’s pit on the Section 33 claim and over-staked the nearby Kay and Goof claims.

The ore was shipped to the Atomic Energy Commission ore buying station at the Cutter siding east of Globe, an anomaly as most of the ore mined in the area by 1956 was shipped to a uranium processing mill at Shiprock, New Mexico, operated by Kerr-McGee Oil Industries, Inc.

Smaller shipments of uranium (6 tons) were mined at the Mac No. 3 claim, Goof No.6 claim and the Rock Garden No. 25 claim.

Limited mining operations continued into the 1970s with the shipment by Silver Creek Industries of over 150 tons of low grade uranium ore from the Ruth group of mines.

Mining ceased when these properties were incorporated into the Petrified Forest National Park later that decade.

The Ruth and Juanita mines are administered by the Bureau of Land Management and the Section 33, and three mines are on private lands within the park boundaries.

Small quantities of ore were shipped to Bluewater, New Mexico, in 1953 and later in the mid-1970s.

The Holbrook Basin, wherein most of Petrified Forest National Park is located, contains a large subsurface deposit of potash, a resource sought in the farming industry for fertilizer and also used for ceramics, glass and soap.

Recoverable potash resources range from 210 million tons to 1.75 billion tons averaging a depth of 1,200 feet. The distribution and deposition of the potash resources would preference underground mining techniques that have not yet been implemented based upon cost, permitting and global competition from top producing countries such as Canada, Russia and Belarus.

Mine Tales: Dos Cabezas Mountains near Willcox have history of gold production

Mining in the Dos Cabezas Mountains has a long and varied history of successes and failures based upon mineable resources, metal commodities a…

The Lakeshore copper deposit 32 miles south of Casa Grande in Pinal County, while showing enough promise to attract a succession of investors …

Mine Tales: Hundreds of years of mining along the Lower Colorado River

Attempts to mine along the Lower Colorado began at least 500 years ago and continue today. 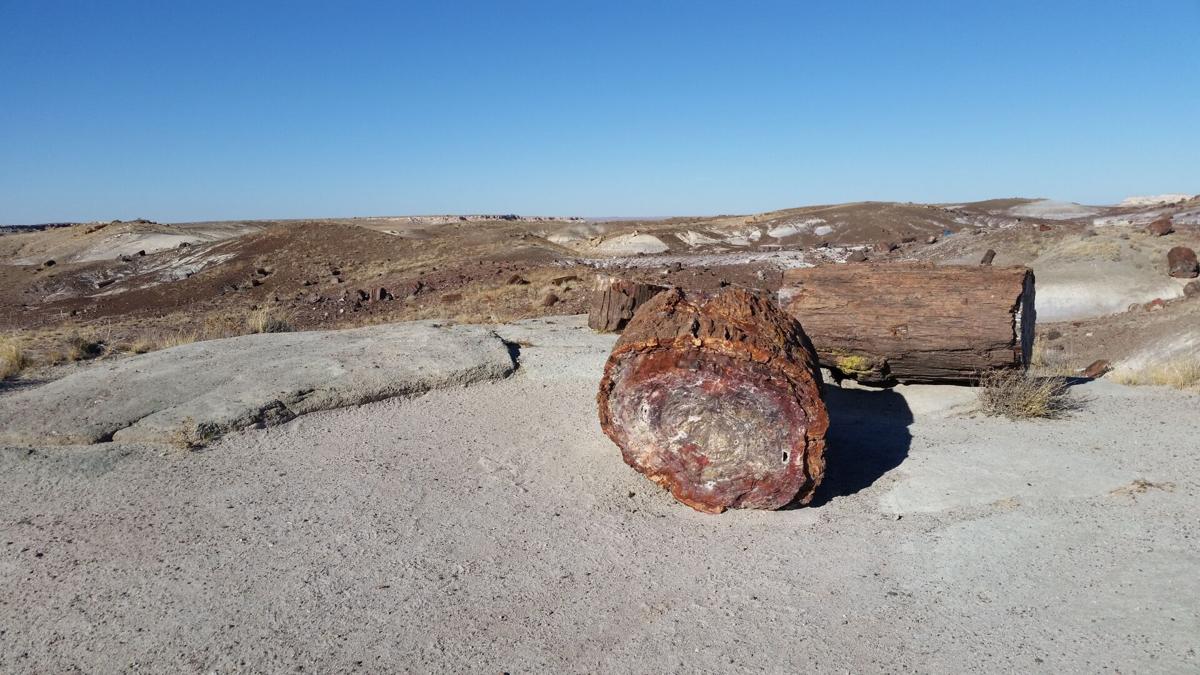 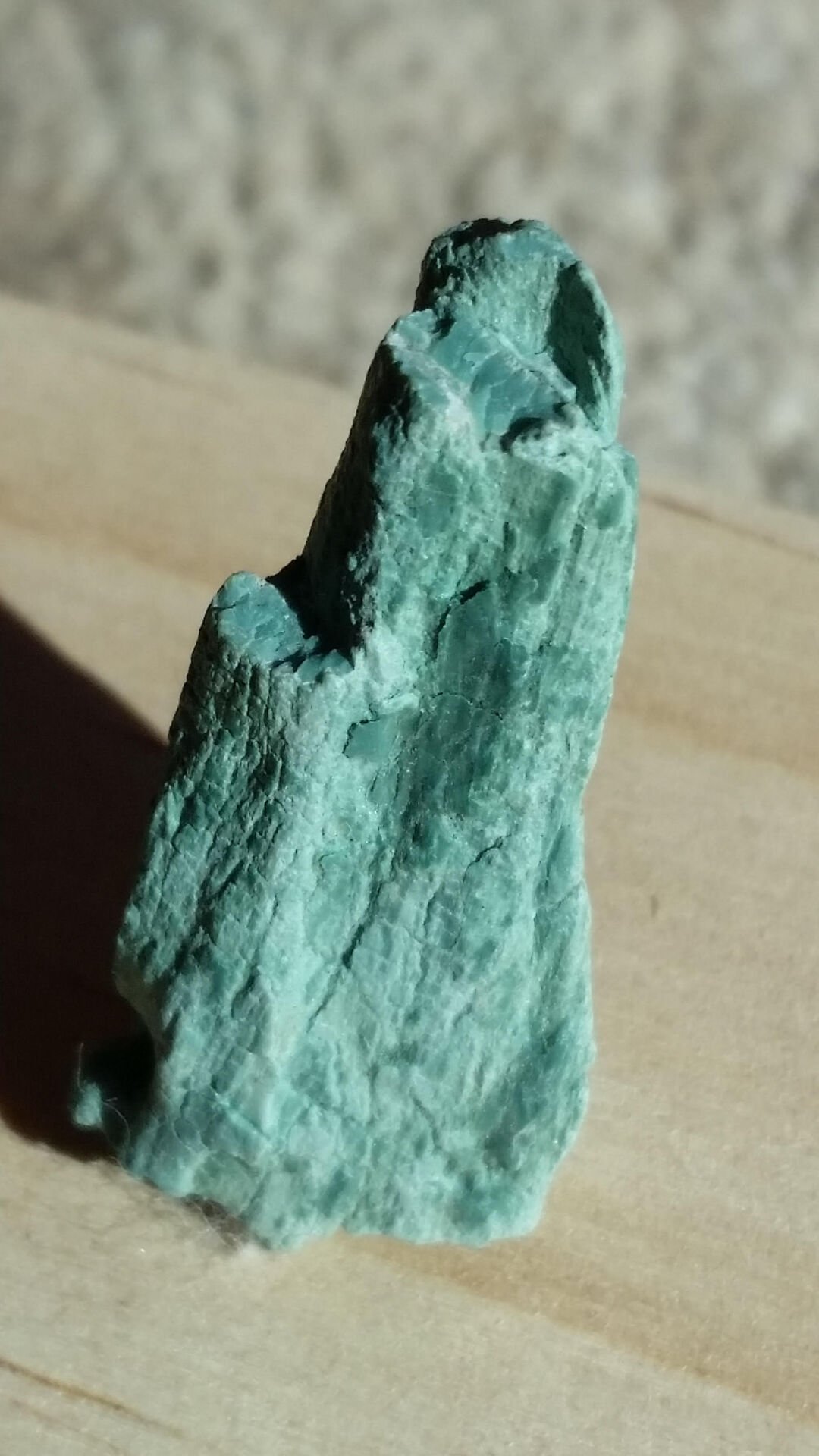 Chromium green petrified wood measuring 1½ inches in length from a rare deposit in nearby Winslow. 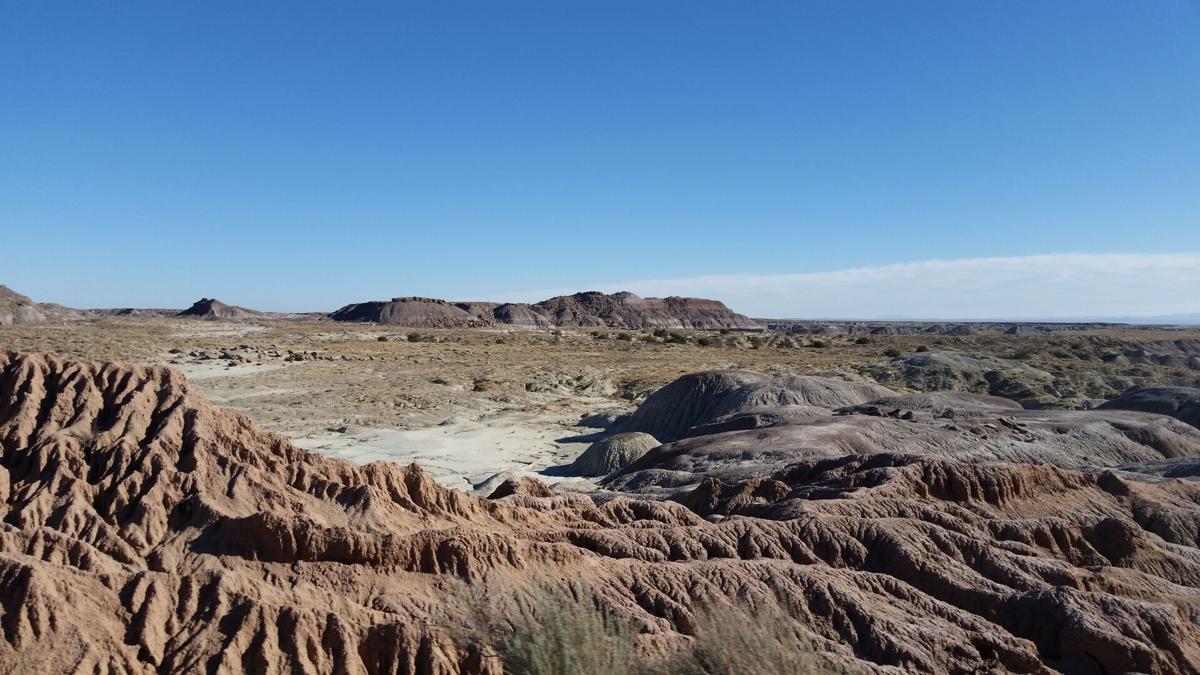 Ancient soil layers known as paleosols appearing as horizontal colored bands can be seen in the distance of the badlands topography in Petrified National Forest. 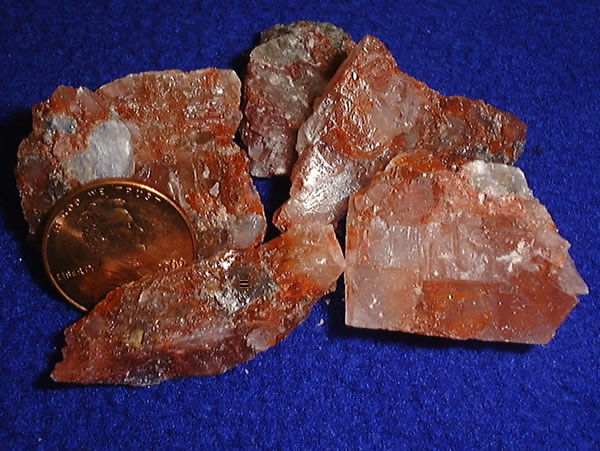 Polycrystalline potash, with a U.S. penny for scale.