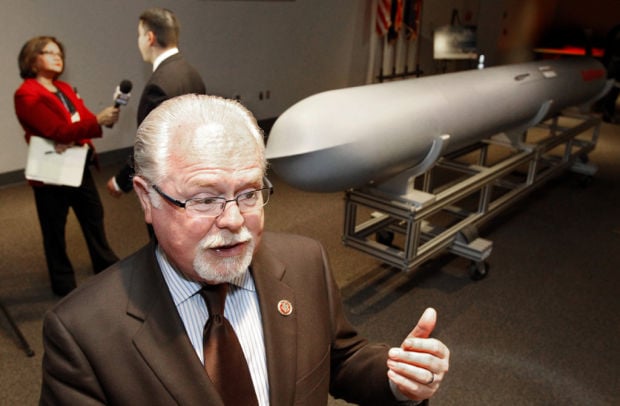 With the future of the next-generation Tomahawk missile in doubt, U.S. Rep. Ron Barber is asking the Pentagon to report on why it wants to scrap support for related technologies. Meanwhile, rival Lockheed Martin is developing an alternative. 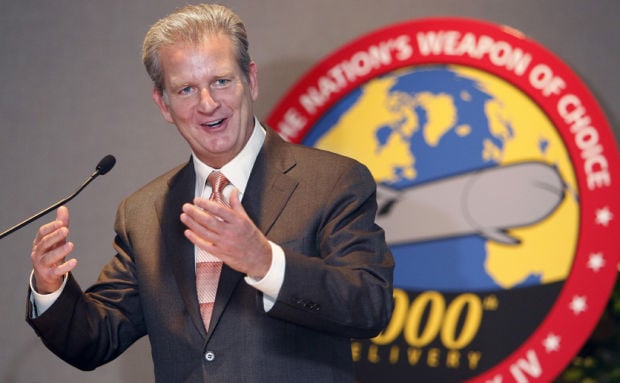 Raytheon Missile Systems President Taylor Lawrence praises the Tomahawk, which can “hit its target within inches.”

The near-term future remains bright for the Tomahawk, which has been fired 2,000 times in combat since its first use in Operation Desert Storm in 1991. Raytheon, which on Tuesday marked the 3,000th delivery of the latest Tomahawk, continues to produce the missile under billions of dollars worth of pending contracts.

But the long-term future of the Tomahawk is a bit cloudier, following a Navy decision to drop support for next-generation technologies that could expand the Tomahawk’s mission, officials said. The Tomahawk, a Navy program, is fired from ships and submarines.

Tuesday’s event at Raytheon’s facility at the University of Arizona Science and Technology Park marked the landmark delivery of the current version of the Tomahawk — known as the Tactical Tomahawk or Tomahawk Block IV — which added in-flight retargeting and the ability to loiter over target areas when it was first deployed in 2004.

Citing the most recent use of more than 200 Tomahawks in support of Libyan rebels in 2011, Raytheon Missile Systems President Taylor Lawrence said the Tomahawk is “the nation’s weapon of choice” for taking out critical targets while limiting so-called collateral damage.

“It’s a missile that can swim out of a torpedo tube, take off like a rocket and fly like a jet, cruising a thousand miles to hit its target within inches,” Lawrence said.

The Block IV Tomahawk’s enhanced capabilities will meet the military’s current and future needs, while the “next block” will create a multi-mission Tomahawk that can defeat moving and maritime targets, he said.

“This is all part of the Tomahawk legacy, to improve and add value,” he said.

Raytheon announced recently that it had successfully tested new target-seeker technology to allow the Tomahawk to hit moving targets, under its own in-house testing program.

But whether there will be a “next block” Tomahawk is unclear, after the Pentagon earlier this year dropped funding for the multi-mission research, U.S. Rep. Ron Barber, D-Tucson, told a crowd of Raytheon and program officials at Tuesday’s event.

Instead, the Pentagon is asking for funding for a developmental program by the Navy and the Defense Advanced Research Projects Agency (DARPA) to design a new, long-range anti-ship missile, Barber said.

“That plan was neither technically sound nor fiscally responsible, and it likely would require spending a billion dollars more to get a shorter range, single-mission missile that would be delivered much later than the simple upgrade to Tomahawk,” he said.

Barber, a member of the House Armed Services Committee, said he successfully backed adding language to the House-passed version of the 2014 National Defense Authorization Act requiring the Pentagon to report on why it wants to start the new program rather than build on combat-proven Tomahawk technology.

“We can’t tell them what do to, but we’re asking them to come back and explain what they propose to do,” Barber said.

The new program Barber referred to is the Long-Range Anti-Ship Missile (LRASM), which is being studied by DARPA and the Office of Naval Research. Raytheon rival Lockheed Martin is the sole-source contractor on the LRASM program, according to DARPA.

The anti-ship missile itself is based on existing technology, the airframe of the Lockheed’s Joint Air to Surface Standoff Missile-Extended Range, or JASSM-ER. The JASSM-ER features a radar-evading stealth design and can be retargeted in mid-flight. It has an effective range of 620 miles, compared with the Tomahawk’s 1,000-mile range.

In mid-September, Lockheed announced that it had successfully launched a LSRAM prototype from a vertical missile launching system commonly used on ships. Later last month, the Air Force announced that it had completed the first of three live-fire tests of the LSRAM, in which a test missile launched from a B-1 Lancer bomber hit a waterborne target.

Roy Donelson, Raytheon’s Tomahawk program director, said the Tomahawk will be in service for years to come, noting that the Block IV missile has an operational life of 30 years and carries a 15-year warranty.

Donelson said Raytheon had been working under a small study contract to develop the moving-target capability for the Tomahawk, but the most recent testing was company funded.

The Navy indicated in December that it would seek funding to upgrade the Tomahawk, but that decision was reversed in early 2013 because of budget sequestration and a move to expire other options, Donelson said.

Raytheon believes that any new cruise missile program would carry major startup costs to integrate on ships, while the company has worked to keep the Tomahawk’s cost down while adding capabilities, he said.

The Block IV has about half the parts and cuts nearly half the cost off the previous Block III version, which added satellite navigation in the early 2000s, program officials noted Tuesday.

“We have double the range, and we believe we offer a very competitive recurring price,” Donelson said. “The cost of integration (of the proposed new missile) on a ship or sub — we think that’s in excess of a billion dollars.”

The Tomahawk is not only a vital weapon for the nation, it's a key program for Raytheon, Southern Arizona's largest private employer with more than 13,000 employees at the start of 2013.

With the future of the next-generation Tomahawk missile in doubt, U.S. Rep. Ron Barber is asking the Pentagon to report on why it wants to scrap support for related technologies. Meanwhile, rival Lockheed Martin is developing an alternative.

Raytheon Missile Systems President Taylor Lawrence praises the Tomahawk, which can “hit its target within inches.” 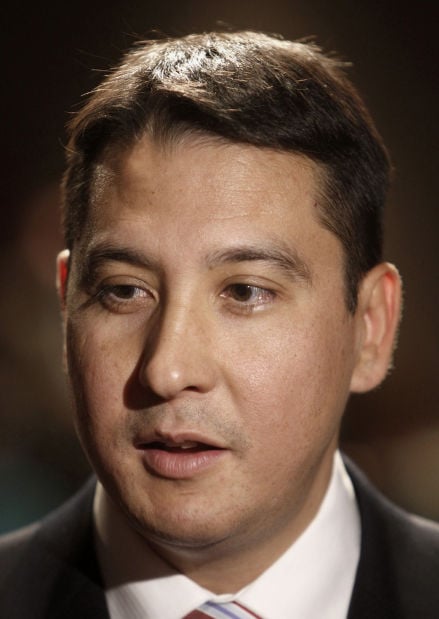 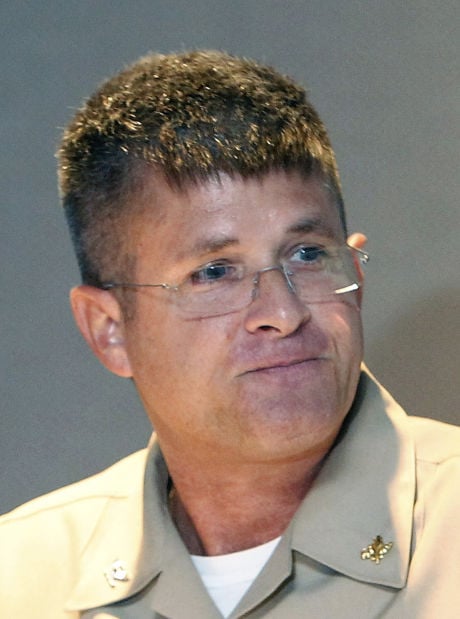