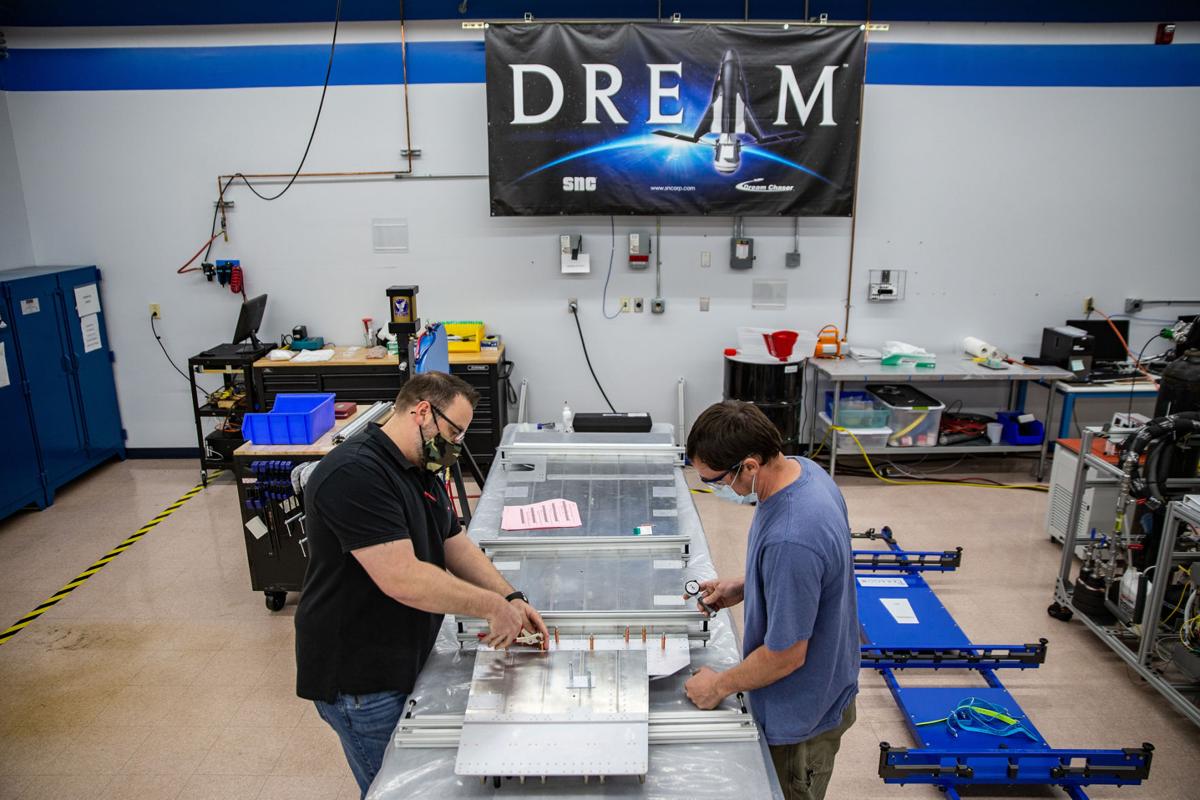 Daniel Woodall, left, a manufacturing engineer, and Ross Snider, a manufacturing technician, work on a part at Paragon Space Development Corp., 3481 E. Michigan St. The company is in the process of expanding into a second Tucson facility. 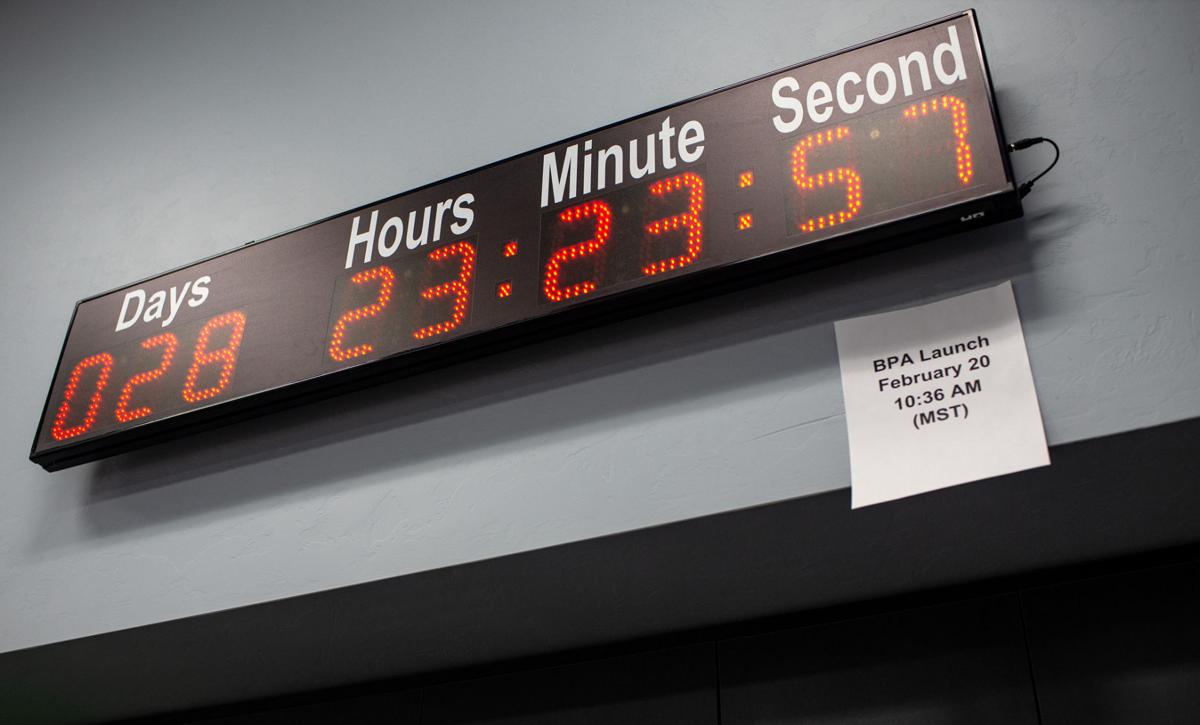 A clock counting down for the planned launch of Paragon Space Development Corp.’s Brine Processing Assembly, a high-efficiency water purification system, is displayed in the break room at Paragon’s new offices at 3400 E. Britannia Drive. 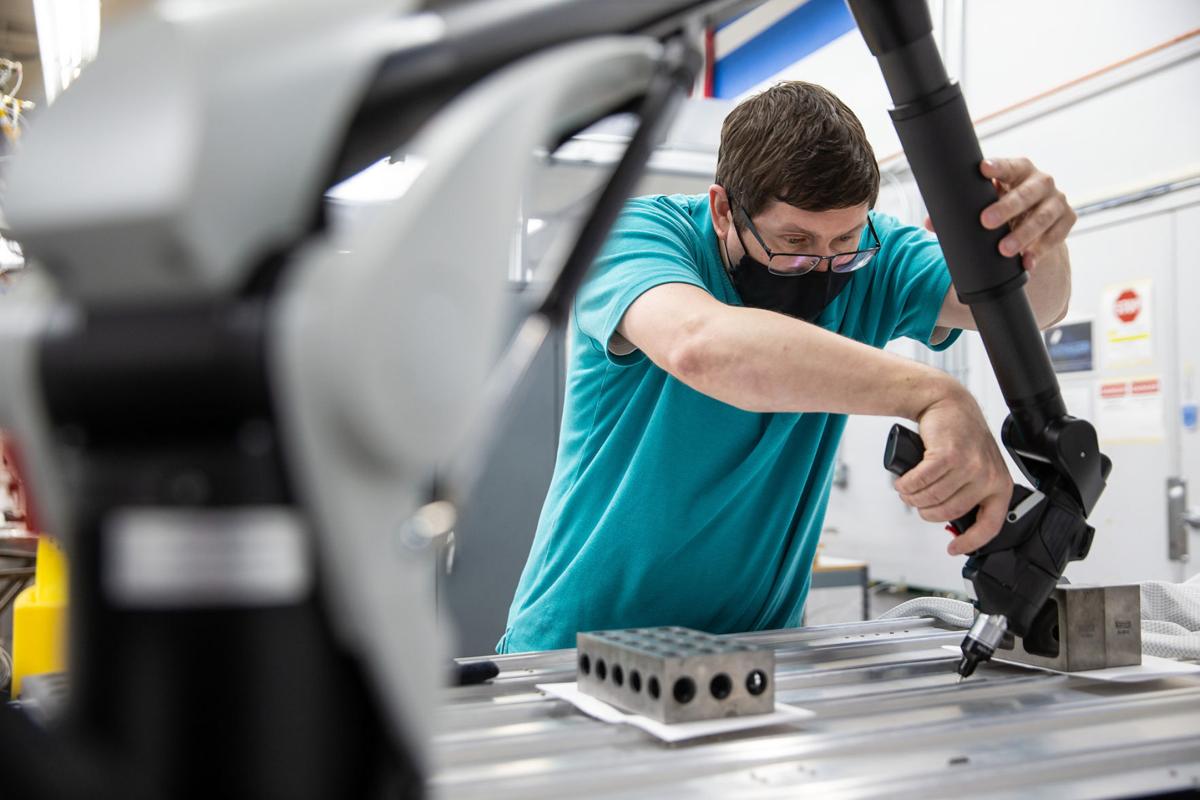 Anthony Kozar, a quality engineer at Paragon Space Development Corp., measures a plane on a piece of machinery being built in Tucson. Paragon has won contracts for critical life-support systems for several of NASA’s programs aimed at getting humans back on the moon and beyond. 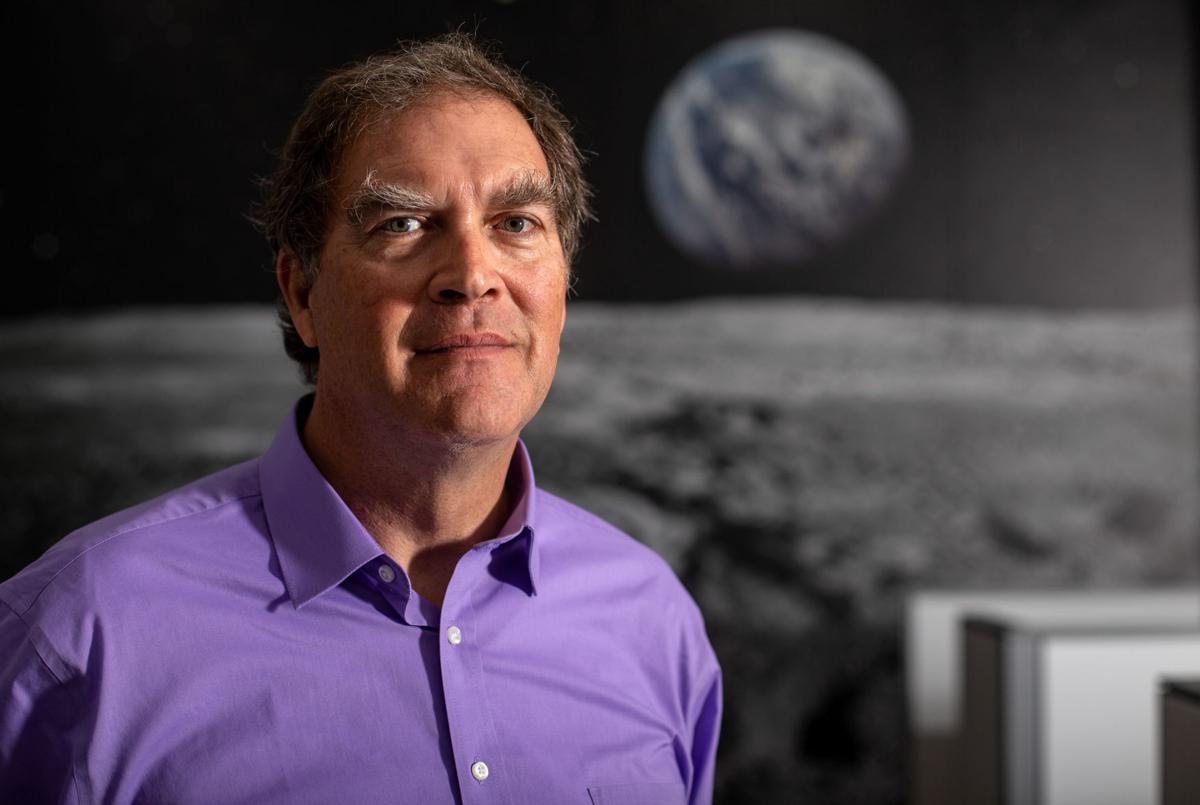 President and CEO Grant Anderson says Paragon has worked for 27 years to grab and hold a major share of the space life-support business.

NASA’s drive to return humans to the moon and send them beyond has business booming at Tucson-based Paragon Space Development Corp., which has been providing environmental controls and life-support systems to the space agency and other customers for more than 25 years.

And this week, Paragon will see the fruit of its labors fly into space again, as NASA plans to send a high-efficiency water-recovery system to the International Space Station to test its performance for future crewed flights.

The company also is deeply involved in several other NASA space programs, including the Artemis program to return humans to the surface of the moon by 2024 and a mission to fly a space plane to the ISS in 2022.

While concerns remain about continued NASA funding amid the COVID-19 pandemic and a new administration, Paragon board chairman Ron Sable said the privately held company has grown its payroll 300% in the last year as it has added work to support NASA’s mission to return humans to the moon and perhaps in the future, send them to Mars.

“The impossible has become possible at Paragon,” said Sable, a business consultant and former senior executive of the former McDonnell Douglas Corp. who served as special assistant for national security affairs to President Ronald Reagan.

Paragon President and CEO Grant Anderson said that in the past year, the company has grown from about 50 employees to more than 170 companywide, at its longtime Tucson headquarters and a new office nearby on the south side, and at field offices in Houston and Denver.

The company has boosted its Tucson headcount from 30 to about 100 and is in the process of expanding into a second, 17,000-square-foot space on East Britannia Drive, a couple miles south of the company’s longtime headquarters on East Michigan Street.

Anderson, who co-founded Paragon in 1993, said that despite periodic funding setbacks, supporting humans in space will grow as a business as NASA has found broad support for its plans to return astronauts to the moon as a possible springboard to human exploration of deeper space.

“We’re not going to engineer humans to live without life support – it’s really a growth industry forever, there’s not hopefully going to be any pullback on where we go, it’s a matter of who’s driving the bus, whether it’s the U.S. government, the private sector or a foreign government, and they need life support.”

The Paragon water-purification system — scheduled to fly to the ISS on Feb. 20, aboard Northrop Grumman’s robotic resupply spacecraft Cygnus — is designed to increase the efficiency of current onboard water-recovery systems to enable long-duration crewed space missions.

The company’s Brine Processing Assembly will be an upgrade to the space station’s Environmental Control and Life Support System, which provides clean air and water to the crew.

While current systems recover about 93% of the water and water vapor on the station, long human missions will require about 98% recovery, NASA says.

“This is the first technology to achieve that,” Anderson said of Paragon’s system.

Anderson said the company has worked for 27 years through very targeted, innovative technologies to grab and hold a major share of the space life-support business amid competition from big players like Honeywell.

“We want to get ahead of them and be the go-to one, and they’re the backups,” he said.

In the process, Paragon has won contracts for critical life-support systems for several of NASA’s programs aimed at getting humans back on the moon and beyond.

Paragon is part of a team led by Alabama-based Dynetics Inc., part of the defense and aerospace giant Leidos, vying to develop NASA’s next manned lunar lander.

Paragon is designing and building the environmental control and life-support system for Dynetics’ proposed Artemis lander.

NASA announced in October that all three Artemis HLS teams had successfully passed a “certification baseline review” and the space agency was expected to choose one or two of the teams to move into the next development phase by the end of January.

Sable noted that the Dynetics proposal received the highest ratings in the baseline review, and Anderson said he “fully expects” the Dynetics team will be selected to move forward.

But NASA notified the teams on Jan. 27 that it was giving them a two-month contract extension from the Feb. 28 expiration of their initial contracts, without any further funding, before deciding which design or designs will move forward.

In its notice, NASA said the extension will allow the agency to complete its design review selection and award process and “preserve the ability to seamlessly transition from the base period contracts” to the contracts awarded to the team or teams picked to continue development.

But space-industry observers have noted that the Artemis HLS program is also facing a major funding challenge, after Congress in December appropriated only a fraction of the Trump administration’s fiscal 2021 budget request for the program.

The budget bill provides only $850 million of the $3.4 billion the administration had requested for the Human Landing System program, while cutting NASA’s overall budget request by $2 billion, to $23.3 billion.

With the change in administrations, Anderson said he’s already been in talks with Biden officials to urge them to continue funding for space programs.

Anderson also penned an op-ed piece that appeared in Florida Today, urging the Biden administration to continue space funding, citing its importance to developing new technologies and national security and urging leaders to “keep a bead on the moon and Mars.”

“While there is room to adjust timelines, keeping those missions ‘full throttle up’ is important,” Anderson wrote in the newspaper, which serves Florida’s Space Coast near Kennedy Space Center and Cape Canaveral Space Force Station.

Sable said Paragon was cheered recently by a statement issued by the White House, specifically expressing support for the Artemis program.

“Through the Artemis Program, the United States will work with industry and international partners to send astronauts to the surface of the moon — another man and a woman to the moon, which is very exciting — conduct new and exciting science, prepare for future missions to Mars, and demonstrate America’s values,” the statement said, also citing “broad and bicameral support in Congress.”

Other systems Paragon is developing are critical to NASA’s plans to fly humans into deep space, where water and other resources are not available except for what is carried aboard.

Among its other current projects, Paragon also is building radiators for Sierra Nevada’s Dream Chaser space plane, which is planned to fly to the ISS in 2022, and is partner with Giner Inc. on a NASA contract to develop systems to generate water, hydrogen and oxygen from naturally occurring sources on the moon and perhaps other planets.

Paragon also is already at work as a subcontractor on another major NASA program it cannot yet disclose, Anderson said.

The emerging commercial space exploration industry is creating a bigger customer base for Paragon, Anderson said, citing efforts such as a plan by Houston-based Axiom Space to fly the first private spaceflight mission to the International Space Station by 2022 and later set up their own orbiting station.

“We may have started a decade too soon, but at the same time, we really had to — this is not a market where NASA or anybody else goes to and says, ‘let’s just go with the lowest bidder’ — you’ve really got to have the confidence of the customer behind you because you are handling the lives of people,” he said.

Paragon has worked on every major human space flight program since its founding in 1993, flying its hardware on NASA’s Orion spacecraft, the Space Shuttle and the International Space Station, as well as on the Soyuz and Mir Russian spacecraft, and on commercial spacecraft.

A Tucson-based startup aims to turn mine tailings into usable products with technology invented by University of Arizona researchers, and it’s…

Daniel Woodall, left, a manufacturing engineer, and Ross Snider, a manufacturing technician, work on a part at Paragon Space Development Corp., 3481 E. Michigan St. The company is in the process of expanding into a second Tucson facility.

A clock counting down for the planned launch of Paragon Space Development Corp.’s Brine Processing Assembly, a high-efficiency water purification system, is displayed in the break room at Paragon’s new offices at 3400 E. Britannia Drive.

Anthony Kozar, a quality engineer at Paragon Space Development Corp., measures a plane on a piece of machinery being built in Tucson. Paragon has won contracts for critical life-support systems for several of NASA’s programs aimed at getting humans back on the moon and beyond.

President and CEO Grant Anderson says Paragon has worked for 27 years to grab and hold a major share of the space life-support business.