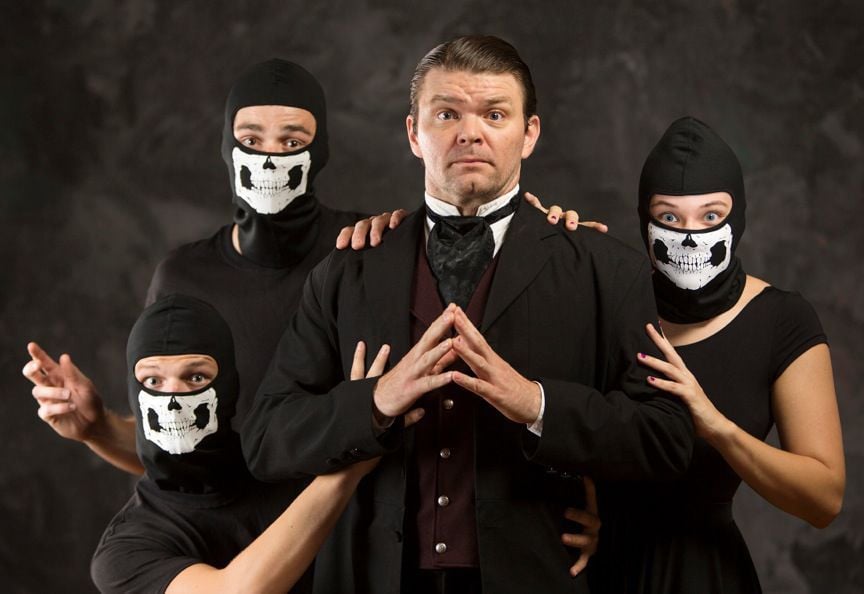 Ryan Parker Knox, center, with, from left, Brendan Kellam, Nate Myers and Allie Knuth. The Rogue Theatre’s production of “A House of Pomegranates” runs through Sunday. 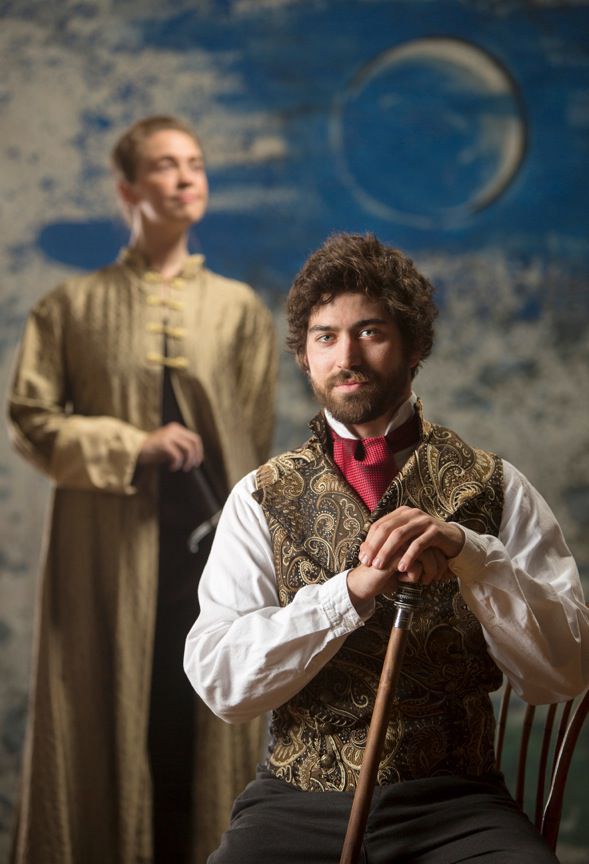 Holly Griffith, left, and Hunter Hnat in “A House of Pomegrantes.”

He loves his essays, his plays, his novels.

And he especially loves his short stories — they are wrapped like fairy tales but are packed with eloquent prose, a sharp wit and unexpected twists.

This summer, it’s three short stories by Wilde. “A House of Pomegranates,” a co-production between the Rogue and Artifact Dance Project, opens in previews Thursday, July 6.

“I love these stories so much,” says Johnson. “I love all his short stories, but these three are from different collections, and these are my favorite from each.”

These stories, says Johnson, “Expose us to so much more of who Wilde was as an artist. They completely subvert our expectations. He never ceases to tell us that everything we think we know is the opposite of what’s true.”

“I forget they are dark because they are so beautifully and so lusciously written and so passionately told,” says Johnson.

But he doesn’t think they are intended for youngsters.

“Wilde says of his short fiction that they were not intended for children nor the British public, but that’s who these stories are about,” says Johnson.

“They are fairy tales, but I think they are for the child in us that we abandoned for adulthood.”

“Wilde in one way is very easy to adapt to the stage,” says Johnson. “The witty dialogue and dramatic action and story beats are defining attributes.”

But that doesn’t mean it was easy taking the stories from book to script.

“You have to sacrifice a lot of the work,” says Johnson.

“The challenge is conveying the whole story” while having to leave out much of it.

“You have to pull it apart, put some things aside, and put it back together and not lose the poetry and scope and detail that it offers. … It’s tough, but it helps you figure out what is important about a story.”

Last summer, The Rogue co-produced “Tales of the Jazz Age” with Artifact and the two companies discovered a symbiosis.

“We learned last year that we made each other’s work better by bringing our different processes,” says Johnson. “We inspire each other and find solutions to problems because we each bring (a different perspective). … Both of these companies are storytellers before anything else, and everything we do is in service to the story.”

What: The Rogue Theatre and Artifact Dance Project's production of “A House of Pomegranates."

Where: The Rogue Theatre, 300 E. University Blvd. in the Historic Y.

So AZ wine country finds a home in Tucson

Wineries are opening tasting rooms in our backyard.

Ninety-two year old has always painted, but with major MOCA show is now getting recognition he deserves.

"Little miracles," a lot of motivation got him moving again.

The new murals that have gone up in the last month are visual celebrations of the city's colorful personality.

Ryan Parker Knox, center, with, from left, Brendan Kellam, Nate Myers and Allie Knuth. The Rogue Theatre’s production of “A House of Pomegranates” runs through Sunday.

Holly Griffith, left, and Hunter Hnat in “A House of Pomegrantes.”