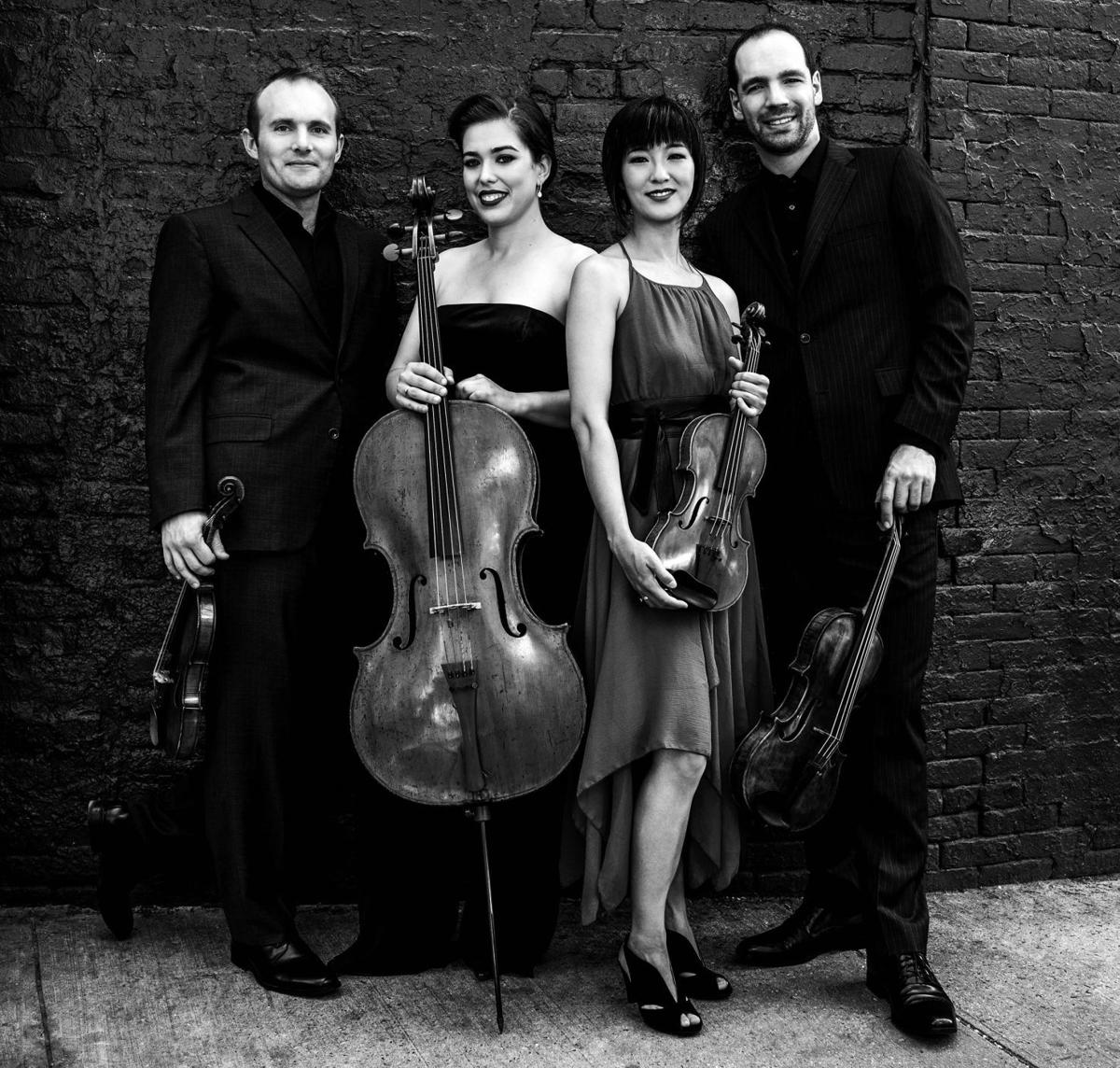 The Jasper Quartet leads the lineup for the 2020 Tucson Winter Chamber Music Festival. 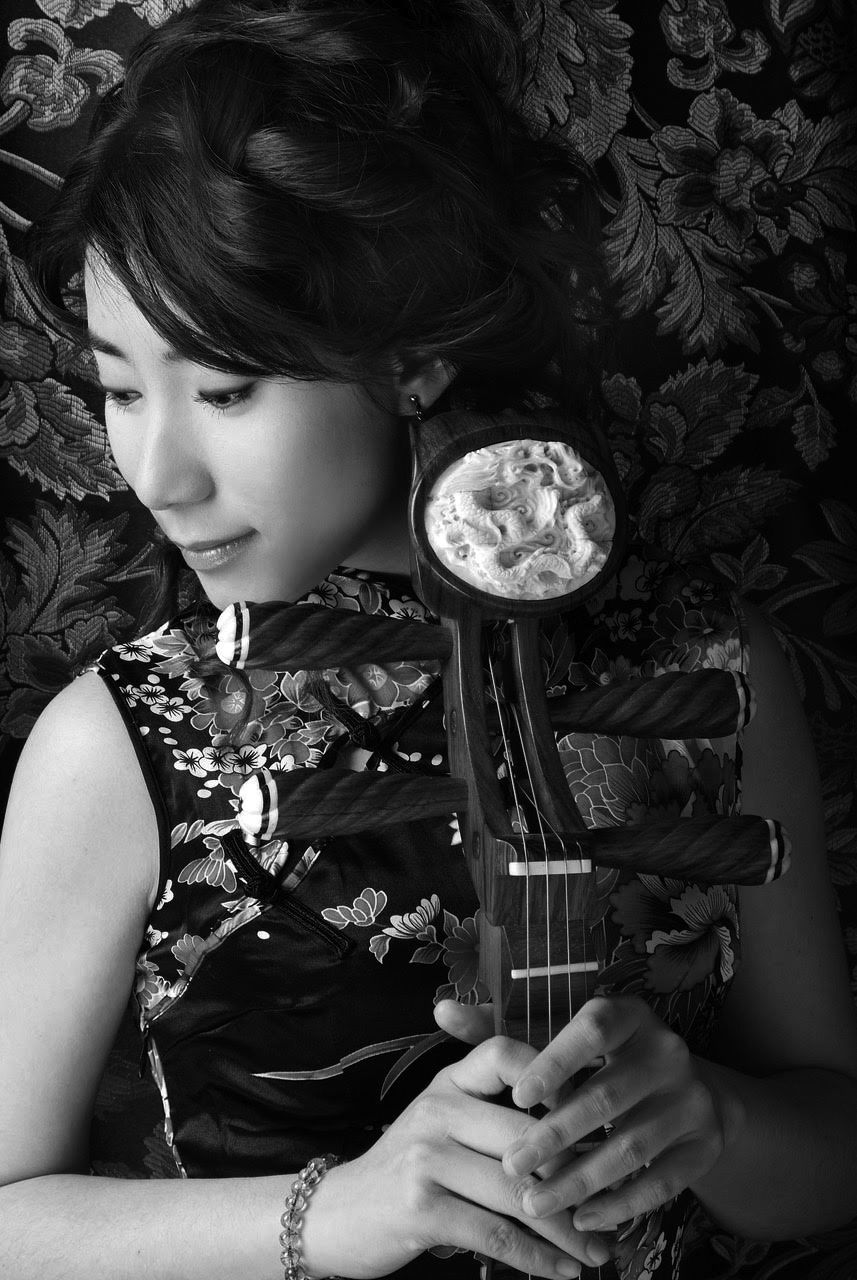 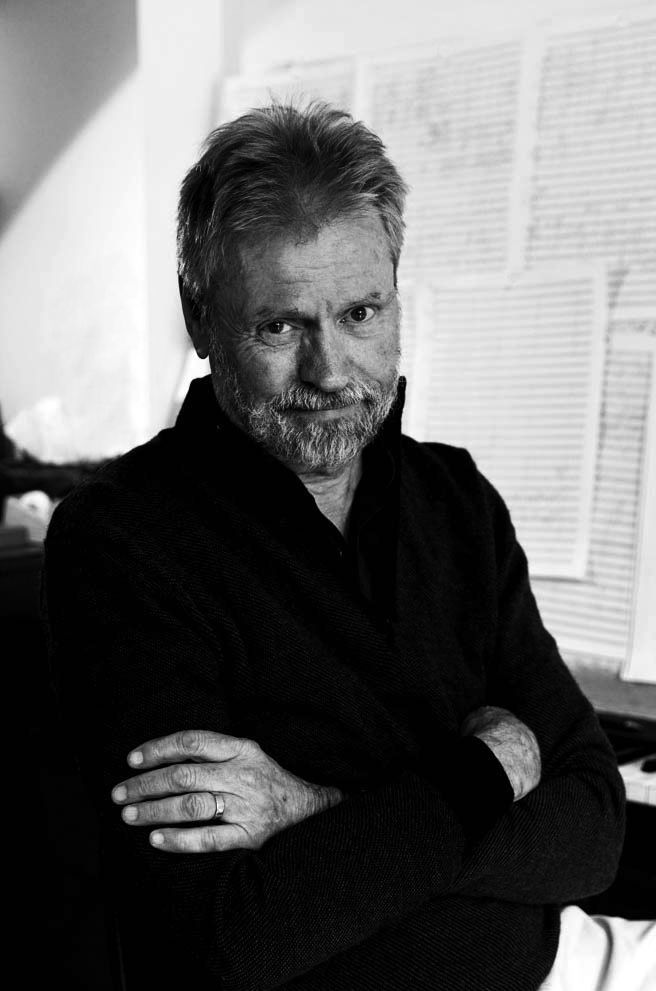 Composer Ross Edwards penned a work for pipa and percussion for Arizona Friends of Chamber Music. 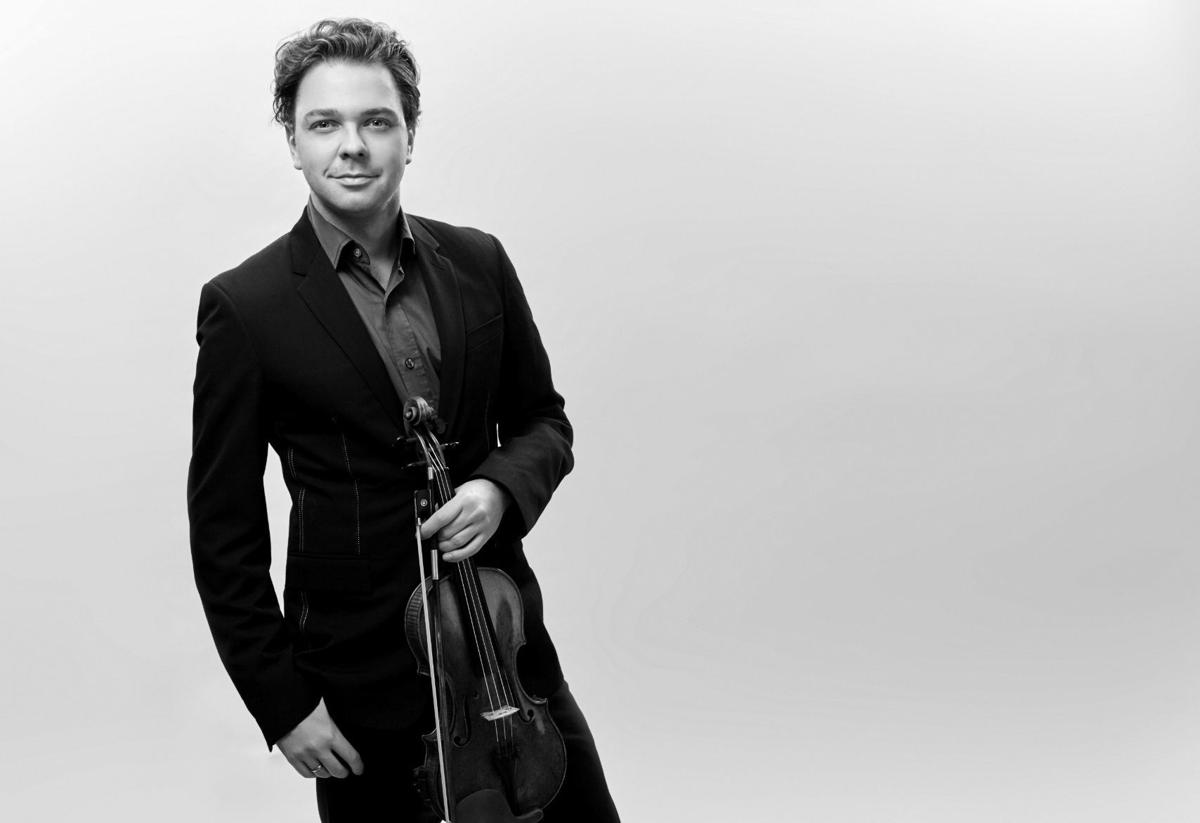 Violinist Alexander Sitkovetsky is on the lineup for the 2020 Tucson Winter Chamber Music Festival that begins Sunday, March 1. 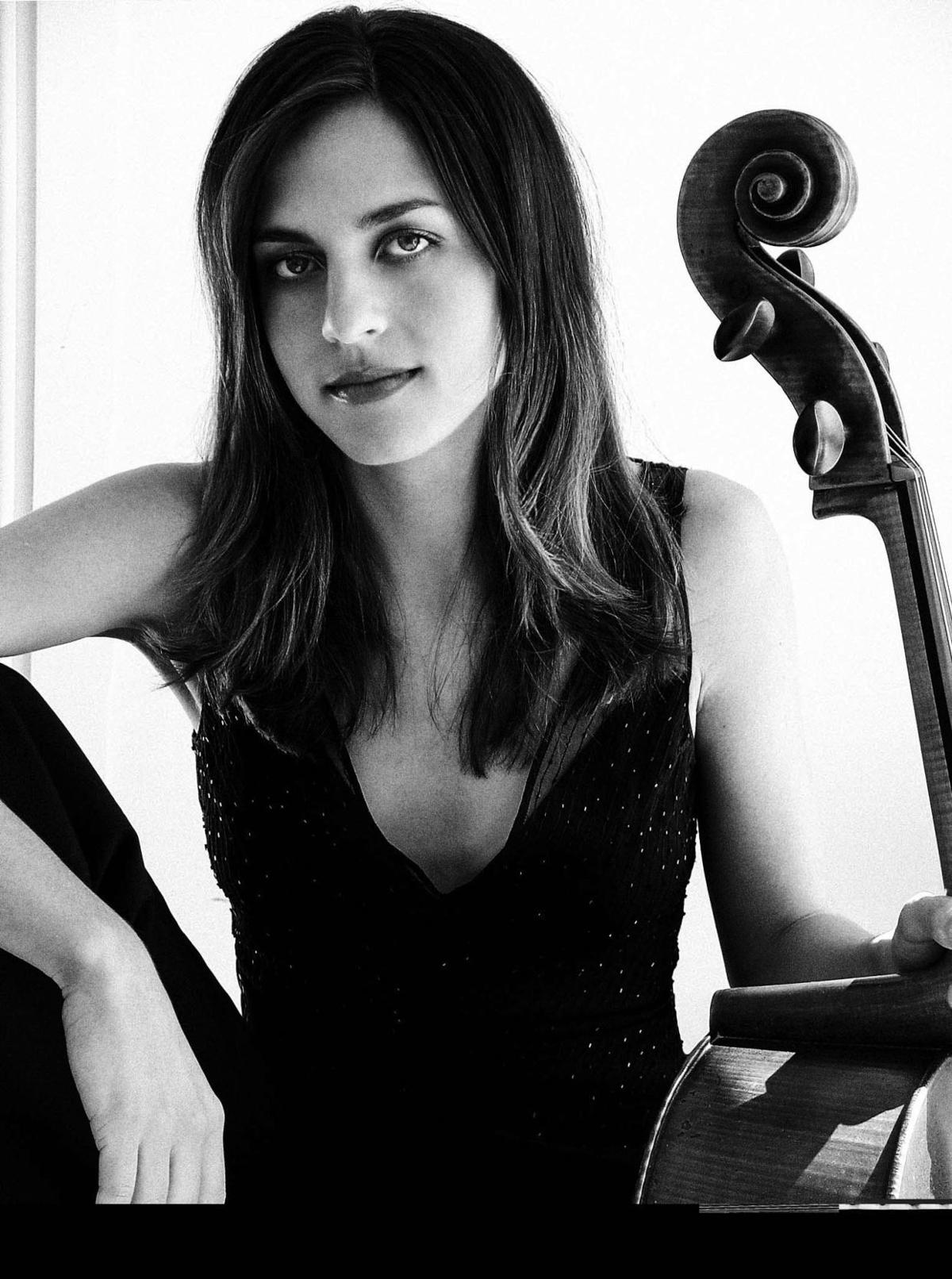 Cellist Julie Albers is on the lineup for this year’s chamber festival.

It’s been more than a dozen years since audiences at the Tucson Winter Chamber Music Festival first heard the ancient Chinese lute the pipa.

But at this year’s festival, which kicks off on Sunday, March 1, the pipa takes on a starring role. The Arizona Friends of Chamber Music, the festival’s host, will premiere “Four Inscapes,” a work centered on pipa that it commissioned from Australian composer Ross Edwards.

The Edwards piece, which also features percussion, violin, cello and flute, was supposed to have been performed at last year’s festival by Wu Man, who introduced Tucson to the Chinese lute at the 2006 festival. But the premiere was pushed back a year.

“It is my first time to Tucson, but I knew Tucson Chamber Music Festival before,” she said in an email interview. “I was recommended by the outstanding master Gao Hong. Gao Hong, Wu Man and I are all alumni of the Central Conservatory of Music, and they are all my distinguished predecessors.”

“It is exciting to bring back the pipa and especially to have a commission by Ross Edwards. His music has always represented a unique and beautiful synthesis of Eastern and Western musical traditions, so I am expecting something quite wonderful,” said the festival’s longtime curator and coordinator Peter Rejto, who also lives in Australia. “Ross had previously written for guitar but this is his first excursion into writing for pipa.”

Yang, 38, who has lived in the United States since 2013, has performed pipa with orchestras and in chamber settings around the country and has played a role in Yo-Yo Ma’s esteemed Silkroad ensemble. In addition to “Four Inscapes,” she also will perform “Ambush From All Sides,” which she called a “masterpiece and the most popular pipa solo in Chinese classical music.”

“It depicts the glorious victory of Liubang in the decisive battle in 202 B.C. at Gaixia between the two armies of Chu and Han,” said Yang, who lives in Pittsburgh. “A wide variety of performance techniques of pipa are brought into full play in this piece that produce a majestic and passionate narrative, which is sharp in artistic image, exalting in melody and ultimately thrilling. The difficulty of the piece ensures that it is normally played by virtuosos.”

Yang, who has been playing pipa since she was 9, first played the piece when she was 12 attending China’s Central Conservatory of Music in Beijing.

“Ambush” has since become one of her favorite traditional solo works “and every time I played in the United States, the audience was crazy about it.”

Strauss, who teaches at Rice University in Houston and is the associate principal percussionist with the Houston Symphony, will perform on the Glass and Cotton works, using a handful of instruments including castanets, woodblocks, cowbells, wind chimes and the Middle Eastern doumbek.

“I had to learn special techniques to play that drum on this festival,” he said, explaining that you position the hourglass-shaped drum with the head vertical, perpendicular to the floor, and control the timbres with various finger techniques.

“The final movement features a large Bulgarian drum. The last time around the audience went wild at the conclusion,” Rejto said.

When: Sunday, March 1, through March 8

Tickets: $30, $10 for students with ID; $120 for five-concert festival pass through arizonachambermusic.org

Opening concert, 3 p.m. March 1: Mozart's Flute Quartet in D major; Martinú's Madrigals for Violin and Viola; Anonymous's "Ambush on Both Sides"; Ginastera's Pampeana No. 2 for Cello and Piano; Smetana's String Quartet No. 1 in E minor, “From My Life”

Tucson's Rogue Theatre takes to rural Ireland for its next production: "The Beauty Queen of Leenane."

This play, which has run for more than 20 years, has delighted audiences across the globe.

The Jasper Quartet leads the lineup for the 2020 Tucson Winter Chamber Music Festival.

Composer Ross Edwards penned a work for pipa and percussion for Arizona Friends of Chamber Music.

Violinist Alexander Sitkovetsky is on the lineup for the 2020 Tucson Winter Chamber Music Festival that begins Sunday, March 1.

Cellist Julie Albers is on the lineup for this year’s chamber festival.