You can find Dr. Strange, Wonder Woman, Spawn, Deadpool and thousands of other heroes and anti-heroes from just about every universe at Space Monkey Comics on Tucson’s east side.

The new shop, which held its grand opening at 7431 E. 22nd St. in late October, fills the void left behind by Charlie’s Comics, a popular spot for comic purchases, that was located around the corner at 1421 S. Kolb Road.

Tony Wolff, Space Monkey’s owner, had been looking for a spot to launch a new comic shop when Charlie Harris, Charlie’s owner, announced that his store would be closing, a victim of the COVID-19 pandemic, in April of this year.

“On Facebook, (Charlie) said he wasn’t going to open up again,” Wolff explained. “Based upon where the other shops in town were, the east side seemed like the best spot. There was no competition and I was hoping to get potential customers from Vail and Rita Ranch. They pretty much have to go up Houghton or Kolb to get to town.”

Wolff’s professional background is in retail management, including nearly 20 years spent with Walgreens and eight years running his own distribution route for Voortman Cookies. But he has always been an avid comic book collector.

Wolff’s earliest memories were as a child visiting K-Mart on Saturday mornings with his parents, where he would pull his favorite comics for purchase off of the store’s spinning rack.

As a teen, he worked at a bookstore in Yuma, handling its comic selections.

“I was pretty much a Marvel guy,” Wolff said. “I liked Spider-Man, Avengers, X-Men. But I still read DC, too.”

Wolff’s new shop has plenty of Marvel and DC to choose from, as well as a healthy stockpile of titles from other publishers, including Image and Boom! Studios.

The children who come into the shop are often looking for the same stories that their parents and grandparents read growing up.

“Teenage Mutant Ninja Turtles are pretty popular,” said Wolff, who is now 54. “That shocked me. I thought they were done and over with for the most part.”

Horror comics and graphic novels are also in demand.

“I’ve had a lot of requests for ‘House of Slaughter,’” Wolff said “There is also a new ‘Night of the Living Dead’ series. Anything on the darker side.”

Wolff tries to diversify what he has in stock. In addition to comic books, Space Monkey carries everything from action figures to candles with depictions of the characters from the Netflix series, “Stranger Things” on them.

“My daughter orders stuff like that, that I personally would have never thought of,” Wolff said. “She found those character candles and stickers. I sell stickers every day.”

Wolff said one of the most satisfying parts about the job is making other people happy by providing them with one of his favorite forms of entertainment.

“I’ve been so busy, I haven’t been able to read any comics since I opened the doors,” he said. “I have to get caught up once everything is settled.”

This Tucson sign museum is aglow after recent recognition

Coming in 2023: A restaurant with a speakeasy from the folks behind Borderlands Brewing

The folks behind Borderlands Brewing are teaming with Tucson, Arizona Chef Maria Mazon on another restaurant concept that will feature a speakeasy.

Walter "Shep" Cooke was a member of one of Tucson's most promising bands of the 1960s before working with Linda Ronstadt and then going solo. …

Scoundrel & Scamp Theatre is presenting the world premiere of a play based on A.A. Milne's characters Eeyore, Pooh, Piglet and the Hundred…

For Star subscribers: The Hideout Steakhouse and BBQ will open next year on Tucson's south side, creating about 50 new jobs.

Buy oddities, curiosities and antiques at this Tucson market

The Dirty T Flea has found a new home for the holidays.

This amazing Tucson sculpture exhibition will bring you joy

Sixteen works based on the theme "joy" will be free and open to the public at the Sculpture Tucson sculpture park.

School of Rock coming to Tucson's east side

For Star subscribers: Children, ages 3 to 18, will have the opportunity to take part in one-on-one music instruction, group rehearsals and liv…

For Star subscribers: A popular food trailer, known for its creative hot dogs, will have a permanent spot on the patio of Dillinger Brewing's taproom.

In honor of Dillinger Days, we look at some of the activities John Dillinger and his gang could have experienced in Tucson had they not all be…

The annual Tucson Jewish Film Festival will offer 10 in-person screenings, with those films and more also available for virtual viewing.

This Tucson-area restaurant now has a robot on staff

For Star subscribers: Watch "Spice" the hospitality robot help clean tables while you eat your samosas and tandoori chicken at this Oro Valley spot.

For Star subscribers: A 30-foot pontoon boat turned mobile kitchen is serving up eats on the water, and in the winter months, right here in Tucson. 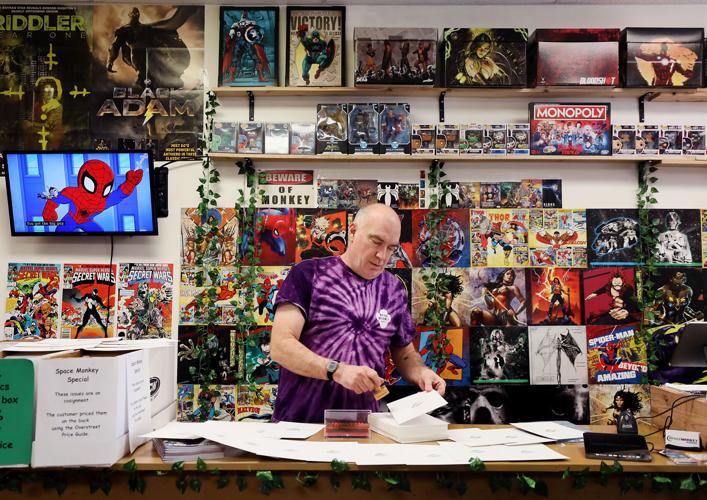 Tony Wolff, owner of Space Monkey Comics, has been a fan of comics books since he was a kid. 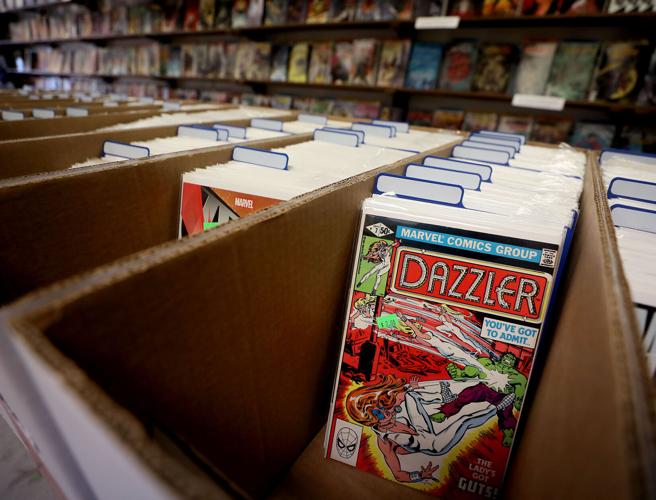 Space Monkey Comics has plenty of comic titles to choose from, including issues featuring the top heroes from DC and Marvel. 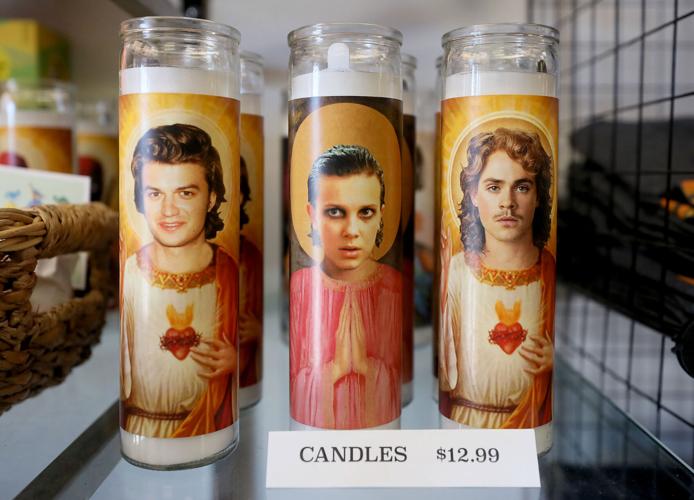 Owner Tony Wolff’s daughter, Jessica Wolff, helped him pick out a wider range of inventory for the store, including these “Stranger Things” candles.