Working at a mine isn’t the only way to extract and process minerals for market. There are abundant opportunities to mine metals at a profit from pocket change obtained from daily financial transactions.

Multiple examples are found in the value of the metals themselves, once commonly found in circulating United States coinage largely removed decades ago.

From the beginning of the American republic and with the passage of the Coinage Act of 1792, dimes, quarters and half dollars contained 90 percent silver and 10 percent copper.

But the Coinage Act of 1965, passed by Congress and signed by the president, removed the majority of silver from circulation, replacing it with an undervalued equivalent.

After 1964, the silver content was removed from dimes and quarters and replaced with a composition of 8.33 percent nickel with a copper balance.

Cupronickel coins have been the circulating medium since, with virtually all silver coins removed from circulation by hoarders and collectors.

Zinc is used to galvanize steel and other metals. Galvanizing entails laying down a thin layer of zinc on the surface of another metal to resist corrosion.

One way of determining the copper content in pennies from the transitionary year is to weigh them. Copper pennies weigh 3.11 grams, in contrast to the copper-plated zinc pennies, which weigh 2.5 grams.

There is also a notable sound difference on a solid surface, with a copper penny making a distinct ring, in contrast to the dull thud of the zinc penny. The sound difference is similar to that of a silver coin versus its cupronickel counterpart.

Currently, the value of a pre-1982 circulated penny is at least double face value. Because of this, their circulation is decreasing, despite legislation in 2005 making it illegal to melt pennies for their copper content.

An earlier yet brief change in the penny’s composition occurred in 1943, when the penny was converted to zinc-coated steel in support of the war effort during World War II.

Mint errors in pennies are popular among collectors, who methodically mine penny rolls and loose pocket change from banks and businesses. They can be rewarded in rare cases by finding anomalies that have occurred during composition transitions.

Examples include the 1944 Steel Lincoln Wheat Penny mistakenly struck on a 1943 blank steel cent planchet. The same can be said for the 1943 copper penny struck under similar circumstances with a prior year copper alloy cent planchet.

Doubled-die pennies have also been popular among collectors, with the 1955 doubled-die obverse Lincoln Wheat Penny the most pronounced and popular, and valued up to $15,000 in uncirculated mint condition.

Other examples include the 1969 San Francisco Mint doubled-die obverse Lincoln Memorial Penny, valued between $40,000 and $130,000, depending on condition and grade.

Doubled dies can be prominent or less prominent depending on their occurrence. They are caused by a misalignment of images between a working hub and working die prior to when a coin goes to press.

Other errors include proximity of lettering on the reverse of the 1992 and 1998 to 2000 pennies. These involve both close AM and wide AM spacing in the letters “A” and “M” in America above the Lincoln Memorial. Values can range between $5 to several hundred dollars.

Chances are high that today’s numismatist is also an Arizona “miner” by default, on account of the greater likelihood of Arizona metal content used in the content of U.S. coinage since the 1880s.

William Ascarza is an archivist, historian and author of seven books available for purchase online and at select bookstores. These include his latest, “In Search of Fortunes: A Look at the History of Arizona Mining,” available through M.T. Publishing Co. Some of his other books are “Chiricahua Mountains: History and Nature,” “Southeastern Arizona Mining Towns,” “Zenith on the Horizon: An Encyclopedic Look at the Tucson Mountains from A to Z.” Email Ascarza for a signed copy at AZMiningHistory@gmail.com 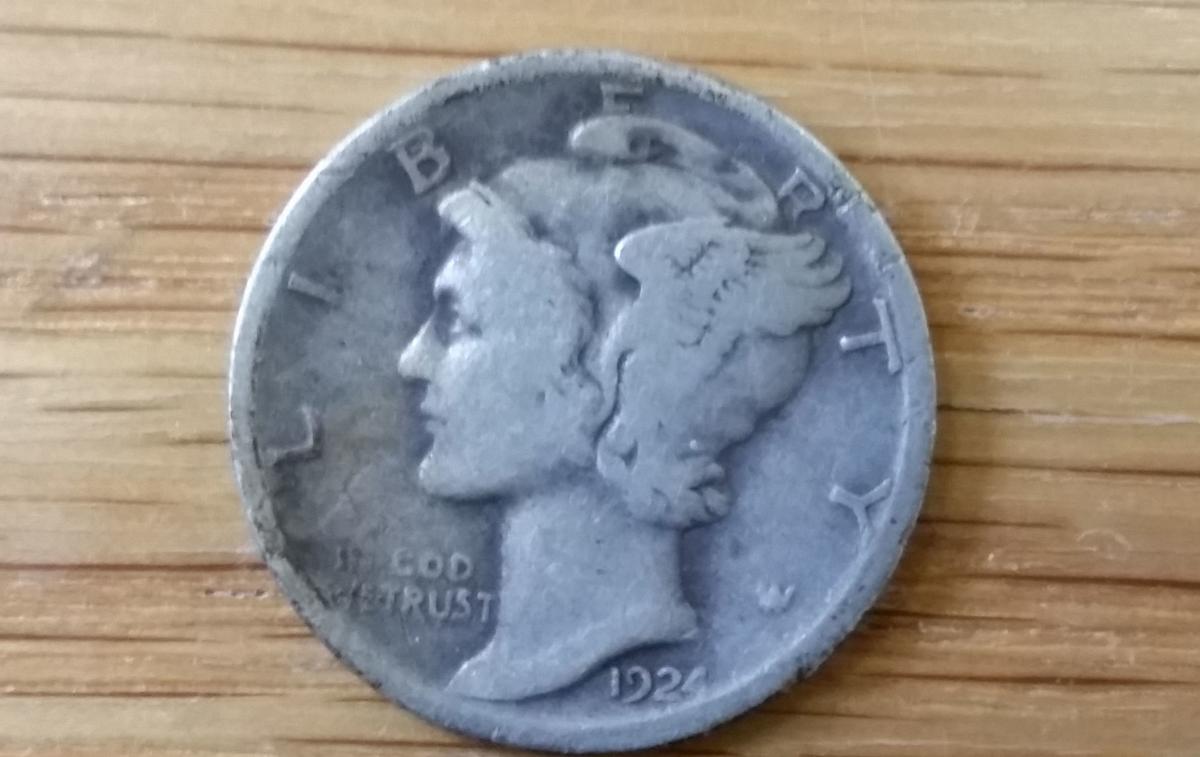 A 1924 Mercury dime found in circulation. 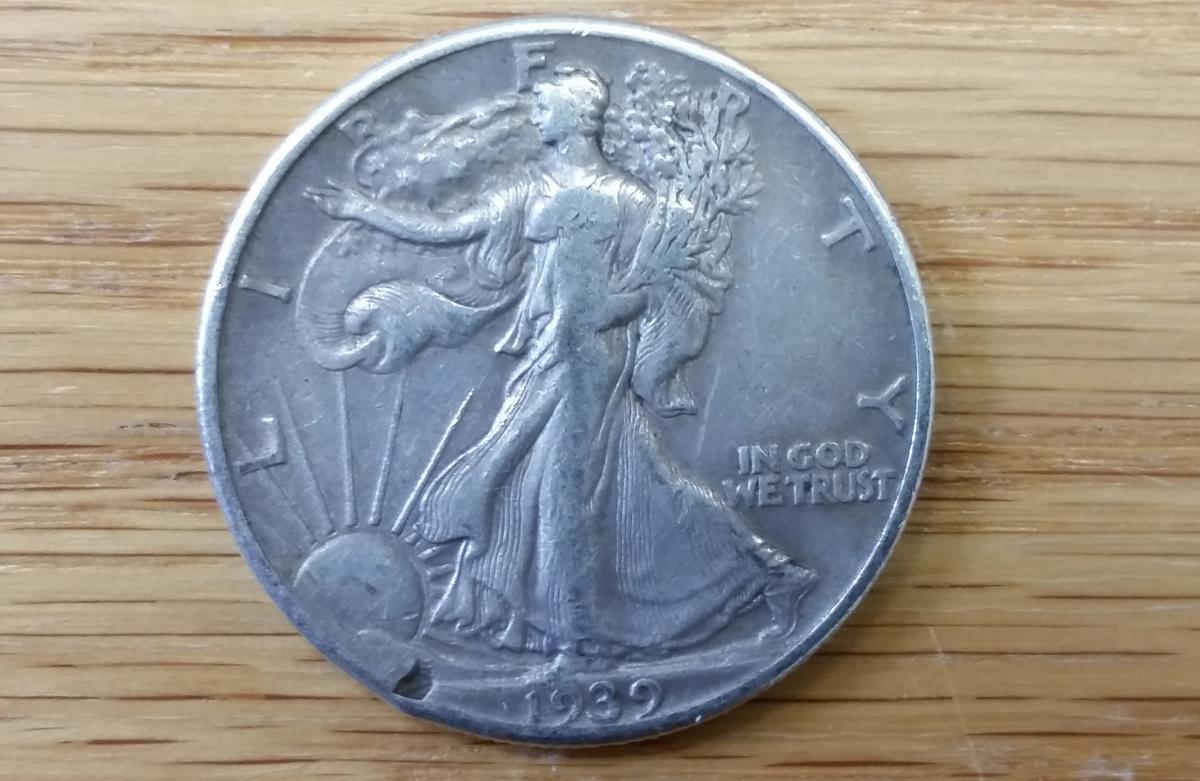 A 1939 Walking Liberty half dollar found in circulation. 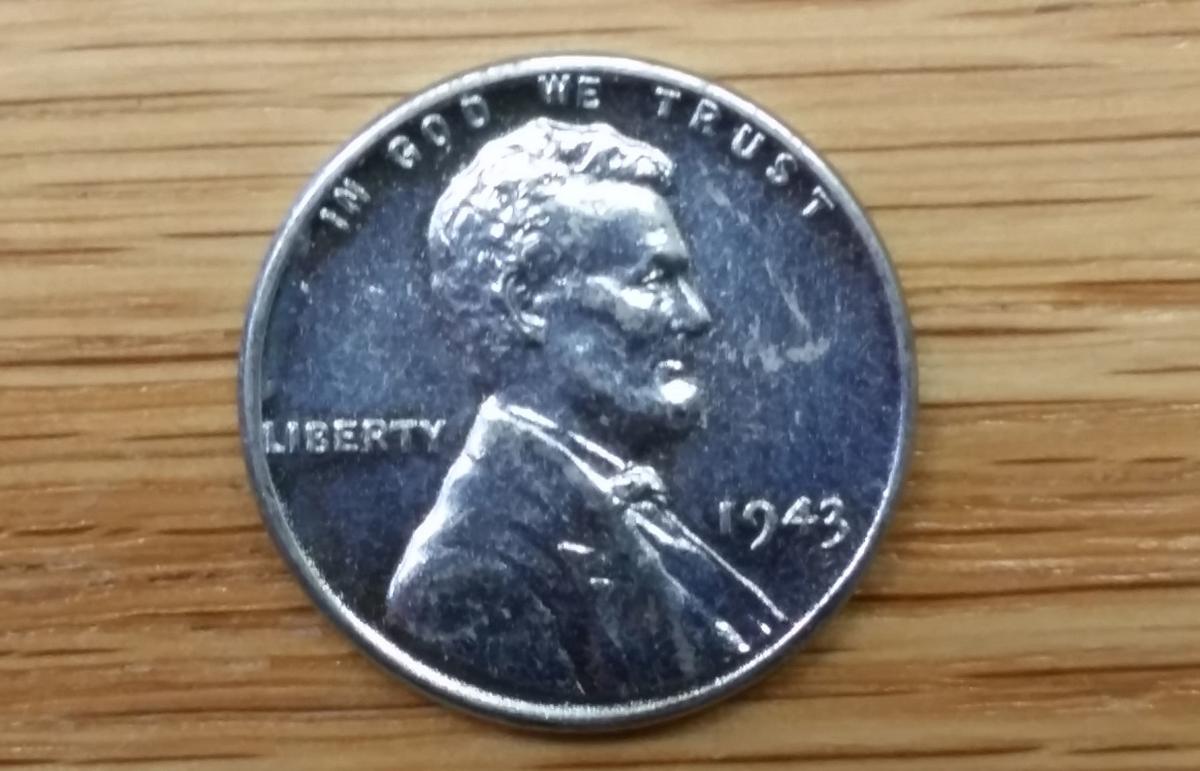