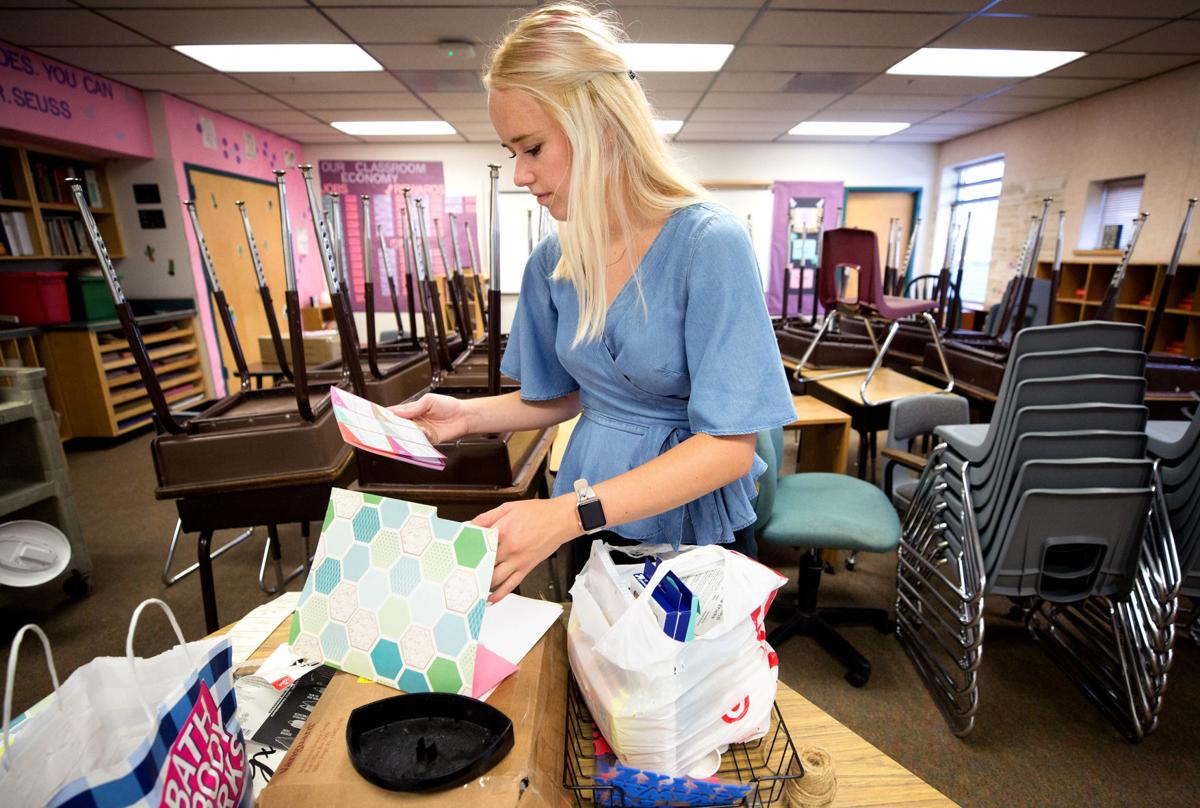 Erica Neff’s mother wanted her to teach in California so she could make more money, but Neff chose to work in the Flowing Wells Unified School District instead. Teachers are “needed so much here because no one wants to teach in this state,” said Neff. 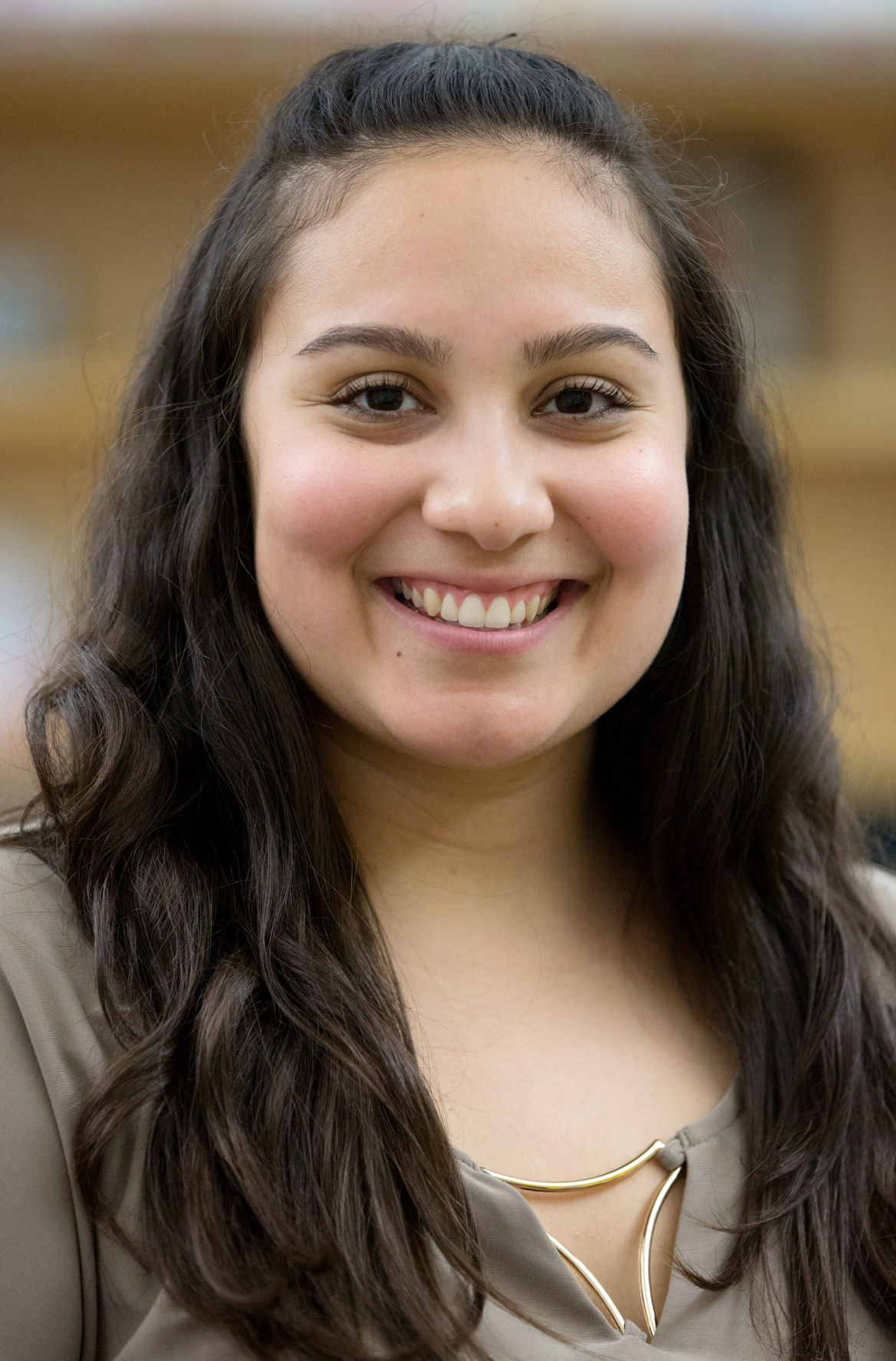 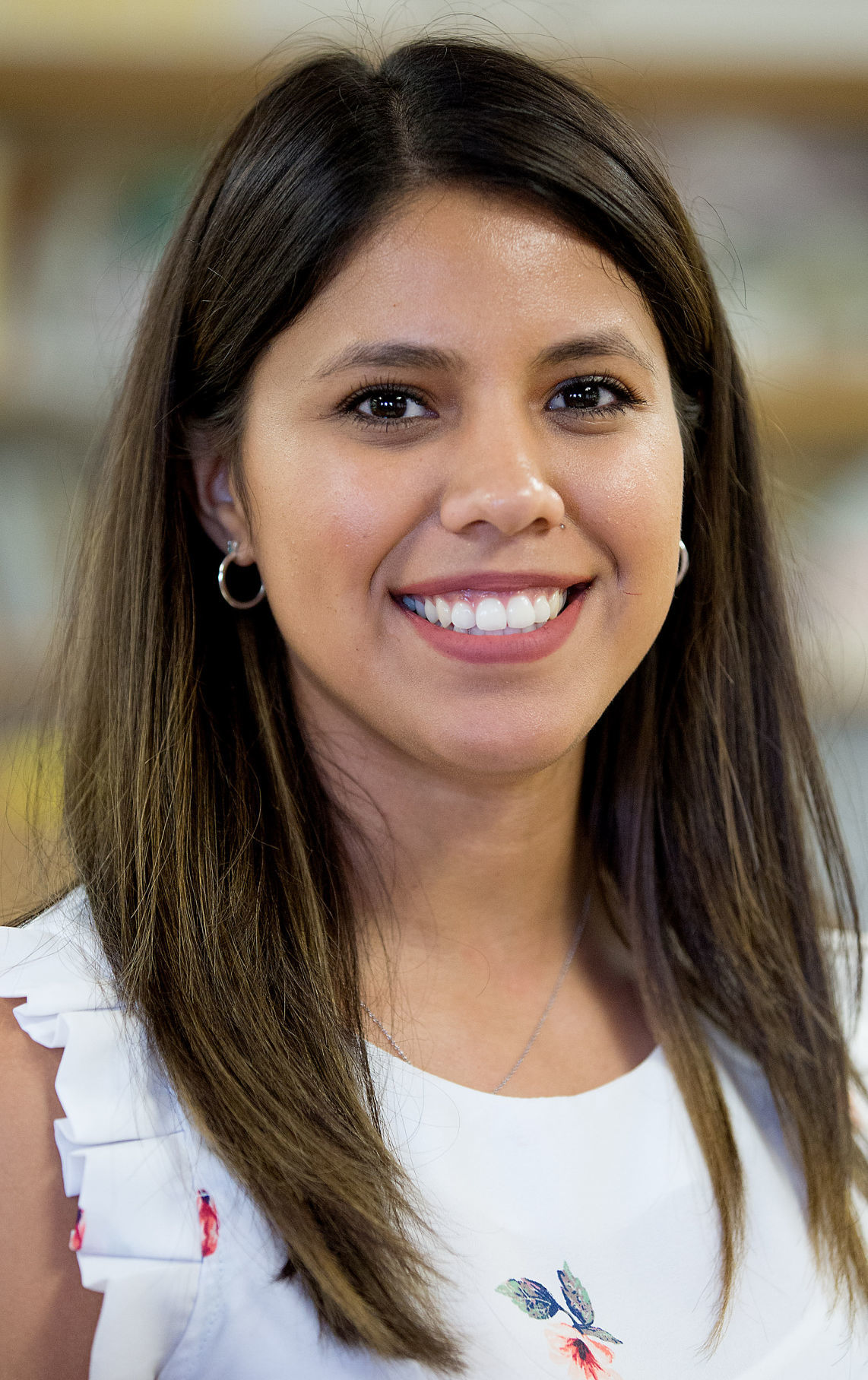 Pima County’s nine largest school districts began the school year with 142 teacher vacancies despite teachers in all the districts getting raises for at least the second year in a row.

The number of vacancies, based on figures provided by districts, is about 19% less than the start of last school year. That excludes the Marana and Sahuarita districts, which didn’t provide last year’s numbers.

While officials said it’s too early to tell if the raises are the reason there are fewer vacancies at the start of the school year, some point to it as a likely factor.

Pay raises play into the retaining and hiring of teachers, as does a robust mentorship program for new teachers, job fairs and recruitment efforts, said Karla Escamilla, a spokeswoman for TUSD.

The number of vacancies is always changing. Many districts recruit year-round, and some teachers leave after the school year begins.

While no state agency or department tallies how many classrooms lack qualified teachers, the best numbers come from a voluntary annual survey by the Arizona School Personnel Administrators Association. Last year, this survey found that 241 teachers across the state abruptly abandoned their positions within the first four months of the school year.

The survey also found that as of Dec. 12, nearly 23% of teacher positions across the state were vacant, equaling 1,694 teachers.

Gov. Doug Ducey launched his 20% raises by 2020 plan after the Red for Ed movement led to a weeklong teacher walkout in 2018. The plan calls for raises of 5% this year. But education advocates said that percentage was based on the state’s average teacher salary in 2017. And its narrow definition of teacher excluded many certified and hourly-wage staff who work with students.

Despite the increased state funding for raises, about half of the local districts had to dip into capital funding, also called district additional assistance, to supplement the raises. Capital funding is meant to pay for a host of necessities, including air conditioning, buses, textbooks and computers.

Marana Unified had to put $700,000 from its capital fund toward this year’s raises, according to Chief Financial Officer Dan Contorno.

Marana gave all its certified staff raises of 5%. The district still had nine teacher vacancies as of Thursday.

Contorno said many districts are forced to put some of their capital funding into the pot for salaries and benefits in order to keep their wages competitive.

The lion’s share of capital funding was cut during the recession in 2008.

After the Red for Ed movement, the state began to restore that funding, with the promise to completely restore it at the end of five years.

Contorno said the state is about three-fifths of the way to full restoration.

Even before the reductions over a decade ago, Marana, along with many districts, had to use some of its capital funding to keep its wages competitive, Contorno said.

“If there was more funding available for education in Arizona, we may be able to keep more of it in capital and buy more equipment and computers and textbooks, but we’re not in that world,” he said. “I don’t foresee that changing.”

Sahuarita Unified, one of the region’s fastest-growing districts, began the year with six vacancies. The district gave its teachers 5% raises this year.

He said the district used about $600,000 from the capital fund to supplement all the employee raises.

“If we believe that they’re our biggest asset, then we need to invest,” he said.

Amphitheater Public Schools, the region’s third-largest district, had 21 vacancies as of Thursday, three more than the start of last year, according to Arizona Daily Star archives.

Along with TUSD, Amphi wasn’t able to give all of its teachers 5% raises. Teachers at Amphi received 3.5% raises, with senior teachers receiving $500 to $1,000 stipends, said Michelle Valenzuela, a district spokeswoman.

With the stipends, some teachers received more than 5% and others received less, she said. The district didn’t dip into its capital fund for the raises.

TUSD teachers received a flat raise of $1,500 this year rather than a percentage increase. The amount was the minimum that the state directed teachers receive, Escamilla said.

Funding from the state is helping with teacher recruitment, but not with retention, said Margaret Chaney, president of the Tucson Education Association.

She said flat-rate raises create wage compression, so a teacher with decades of experience might have a $47,000 salary while a first-year teacher is starting at $40,000.

Chaney said she’s seen teachers leave to retire early, to go to other states, for other professions and to take administrative positions that pay more.

Jeanette Wingate, who teaches senior government at Flowing Wells High School and is in her 14th year as an educator, began teaching right before the recession and massive cuts to state education funding.

Wingate went years without a raise and said she stayed in the field because she had enough to cover necessities, but not much more.

She said most of the new teachers she started with 14 years ago have left for better financial situations, including going into the private sector in defense, technology and business. She said one of her former colleagues left the profession to become a barista, where she could leave work behind at the end of the day.

Teacher raises in the Flowing Wells district met or exceeded 5% this year, said David Baker, the superintendent. There were no teacher vacancies in the district at the start of the school year, he said.

The district hired 43 new teachers this year. J. Robert Hendricks Elementary School has first-year teachers in all three of its fifth-grade classes.

The three new teachers are aware of the issues around education funding in Arizona, including the state’s ranking near the bottom nationally for teacher pay.

The state is ranked 49th in teacher pay in elementary schools and 48th in secondary schools, according to Expect More Arizona, a nonpartisan education advocacy group.

New teacher Erica Neff said her mom wanted her to start her career in her home state of California so she could make more money. But Neff said she is more needed here precisely because of Arizona’s teacher shortage.

Neff and her new colleagues, Chelsea Schroeder and Sarai Martinez, all had family members advise them against teaching in Arizona. They also watched their friends leave after college to go teach in neighboring states that pay better.

“Schools will fight so hard for teachers to be in Arizona because they’re needed so much here because no one wants to teach in this state,” Neff said.

And the districts do fight to keep and attract teachers, looking for innovative ways to appeal to potential applicants when districts can’t compete with the salaries of neighboring states Colorado, California, Utah and New Mexico.

Like most of the local districts, Flowing Wells has a mentorship program for new teachers and financial bonuses.

The district gives a $500 hiring bonus and a $650 retention bonus in the second year, as well as yearly performance bonuses.

Flowing Wells recruits throughout the year and sends speakers to public events to talk about its community and culture.

“We work really hard to present why we think it’s a good choice to work at Flowing Wells,” said Baker.

A sense of community and feeling supported means a lot to the three new Flowing Wells teachers. They say the Red for Ed movement and the recent raises make them hopeful higher wages will continue.

Depending on the district, the average teacher salary in Pima County last year was between about $38,600 and $46,800, according to the auditor general spending reports.

Williams said while the raises are helping with the state’s teacher vacancy crisis, education funding had been so slashed that the state is playing catch up. He said a teacher’s workload is comparable to that of a nurse. Nursing schools in the state have long waitlists — the difference is the higher wage, he said.

Without having a consistent teacher to build trusting relationships, students have a harder time building the cognitive and classroom management skills they need to thrive and find the courage to try new things, Williams said.

Restoring and increasing education funding shouldn’t stop in 2020, Williams said, adding that it needs to continue until there are no more teacher vacancies.

“Are we building a profession that we want people to come into or a profession that people leave in droves?” he said. “If Pima County’s biggest news is that teachers are starting at $40,000 a year, that’s still $15,000 behind.”

Ed notes: Cholla High students honored for effort to keep kids from being left in cars

Two veterans enjoy each others company, including time spent outdoors.

The city needs to do a better job of removing trash and vandalism on “A” Mountain to make it more appealing to visitors, a city survey says.

Most Dems running for Ward 1 seat are new to elected office, not politics

None of the four Democrats vying for the City Council’s westside Ward 1 nomination have been elected to a major political office, yet three ha…

An excessive heat warning will be in place from 10 a.m. to 7 p.m. with expected temperatures reaching 104 degrees this afternoon.

TUSD Superintendent Gabriel Trujillo has recommended several new changes, including an emphasis on abstinence as the best way to avoiding unplanned pregnancies and sexually transmitted infections.

Schools reported that 20% of those vacant jobs were filled by four weeks into school year.

Survey finds Arizonans want more money spent on education, but not from own pockets

Erica Neff’s mother wanted her to teach in California so she could make more money, but Neff chose to work in the Flowing Wells Unified School District instead. Teachers are “needed so much here because no one wants to teach in this state,” said Neff.