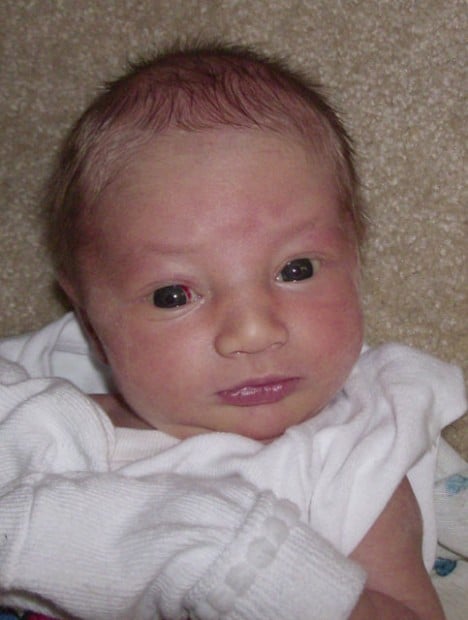 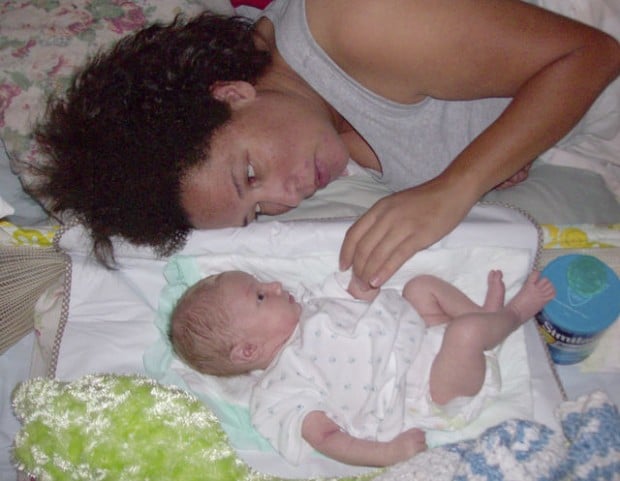 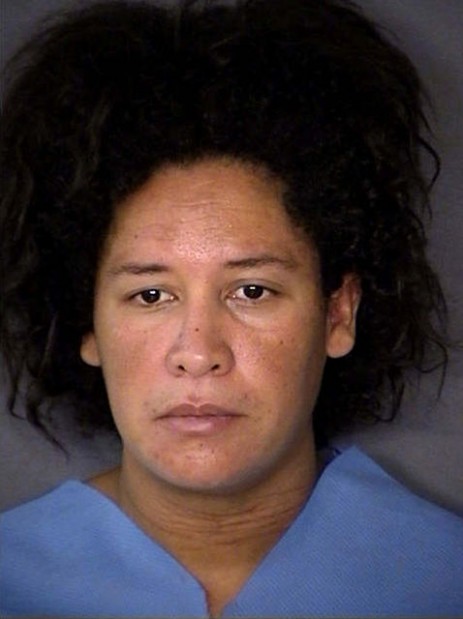 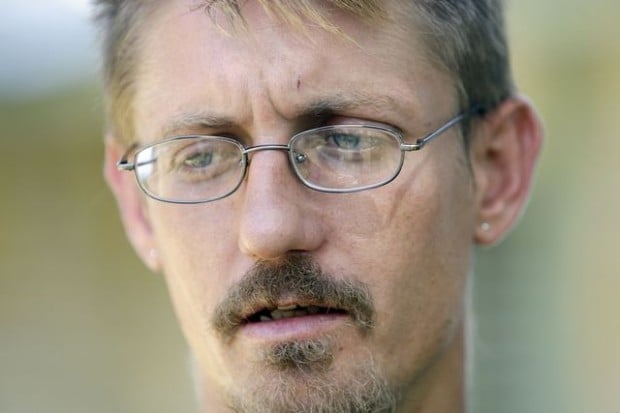 By Michelle Roberts and Paul J. Weber The Associated Press

SAN ANTONIO — The warning signs were there. Otty Sanchez, a schizophrenic with a history of hospitalizations, wasn’t taking medication and was depressed after her son’s birth, the boy’s father said. A simple request seemed to set her off, alarming him and his family.

Yet, the 33-year-old woman was staying in a house where she had access to samurai swords. Child welfare officials were never called.

Instead, Sanchez’s troubles became apparent to authorities when they found her before dawn Sunday screaming that she had killed her baby. Her 3›-week-old son was dismembered in a scene so gruesome that police were left shaken.

Sanchez remained hospitalized Tuesday recovering from self-inflicted cuts to her torso and an attempt to slice her own throat. The former home health care worker is charged with capital murder and is being held on $1 million bond. Calls to relatives Tuesday were not immediately returned and it was not clear whether Sanchez had an attorney.

Authorities said Sanchez tried killing herself after butchering her newborn son, Scott Wesley Buchholz-Sanchez, with a steak knife and two swords while her sister and two nieces, ages 5 and 7, slept in another room.

Sanchez told police — who described a scene so horrifying that investigators could barely speak to one another — that the devil made her kill, mutilate and eat parts of her only child.

Scott W. Buchholz, the infant’s father who met Sanchez six years ago while they were studying to be pharmacists assistants, said he isn’t buying it. He said although his girlfriend had postpartum depression and told him a week before the killing that she was schizophrenic, she didn’t appear unstable.

He wants prosecutors to pursue the death penalty.

“She killed my son. She should burn in hell,” Buchholz, 33, told The Associated Press.

Otty Sanchez’s medical history is muddled. A family member said Sanchez had been undergoing psychiatric treatment and that a hospital called looking for her several months ago. Gloria Sanchez, Otty’s aunt, said her niece had been “in and out of a psychiatric ward.”

Buchholz, who is himself schizophrenic and takes six anti-psychotic and anti-convulsive medications, said Otty had postpartum depression and had been going to regular counseling sessions after the birth, but refused to take prescription medication for her depression. Still, he said she seemed fine.

“She seemed like a a very caring, loving mother. She held him, she breast fed him. She did everything for him that was nice,” he said.

On July 20, Sanchez was taken to the hospital for depression and released less than a day later, Buchholz said. Sanchez told him that she was schizophrenic and was going to live with her parents and sister. Sanchez was arrested at her mother’s house, where police found her and the dead infant.

Five days later, on Saturday, Sanchez brought “Baby Scotty” for a visit but stormed out after he asked for a copy of the birth certificate and other documents, Buchholz said. Buchholz called 911 to report that Sanchez stormed out and drove away with the infant without properly restraining him in the car, and deputies investigated it as a disturbance.

The deputy took a report but could do little else, said Bexar County Sheriff Chief Deputy Dale Bennett.

“If this guy had given us an indication that she had postpartum depression, or mental defects she was suffering from, we may have addressed it differently,” he said.

Buchholz said he may have told the deputy Sanchez was depressed, but that he wasn’t sure.

While schizophrenia generally develops in men in their late teens and early 20s, women tend to develop the illness, marked by abnormal impressions of reality, later in life.

Most new mothers suffer from postpartum blues as hormones shift after a pregnancy and they’re fatigued handling a new baby. But as many as one-fifth suffer from the more serious postpartum depression, which includes symptoms like despair and failing to eat or sleep.

Postpartum psychosis is far rarer, affecting only about one woman in 1,000. Women with postpartum psychosis have delusions, frequently involving religious symbols and a desire to harm their newborn, said Richard Pesikoff, a psychiatry professor at the Baylor College of Medicine.

He testified in the second trial of Andrea Yates, the high-profile case of a Houston-area mother found not guilty by reason of insanity after drowning her five children. Similar to Sanchez’s claim that the devil told her to kill her son, Yates told authorities Satan was inside of her and she was trying to save her children.

Women with schizophrenia and bipolar disorder are at particularly high risk for developing postpartum psychosis.

For women with schizophrenia who are not taking medication, the risk of developing psychosis is 50 percent or higher, said Lucy Puryear, another psychiatrist who was involved in the Yates case.

If a mother is diagnosed with psychosis, she should immediately be hospitalized and separated from the child, Puryear said.

Some psychiatrists will tell women with schizophrenia not to have children because of the high risks, but she said with medication and treatment, “it’s possible to have a child and have a good outcome.”

While Sanchez could face trial, other similar cases — including that of Yates and Dena Schlosser, a Plano woman who said she sliced off her baby’s arms because she wanted to give the baby to God — have ended with juries finding the women not guilty by reason of insanity.

Lynda Jean Zimmermann will pay more than $1 million to the IRS as part of her plea deal.

Prince Philip was laid to rest Saturday in a funeral that honored his lifetime of service to the country. Hs wife, Queen Elizabeth II, sat alone.

Buckingham Palace has released the broad outlines of Saturday's funeral program for Prince Philip, including plans for princes William and Harry.