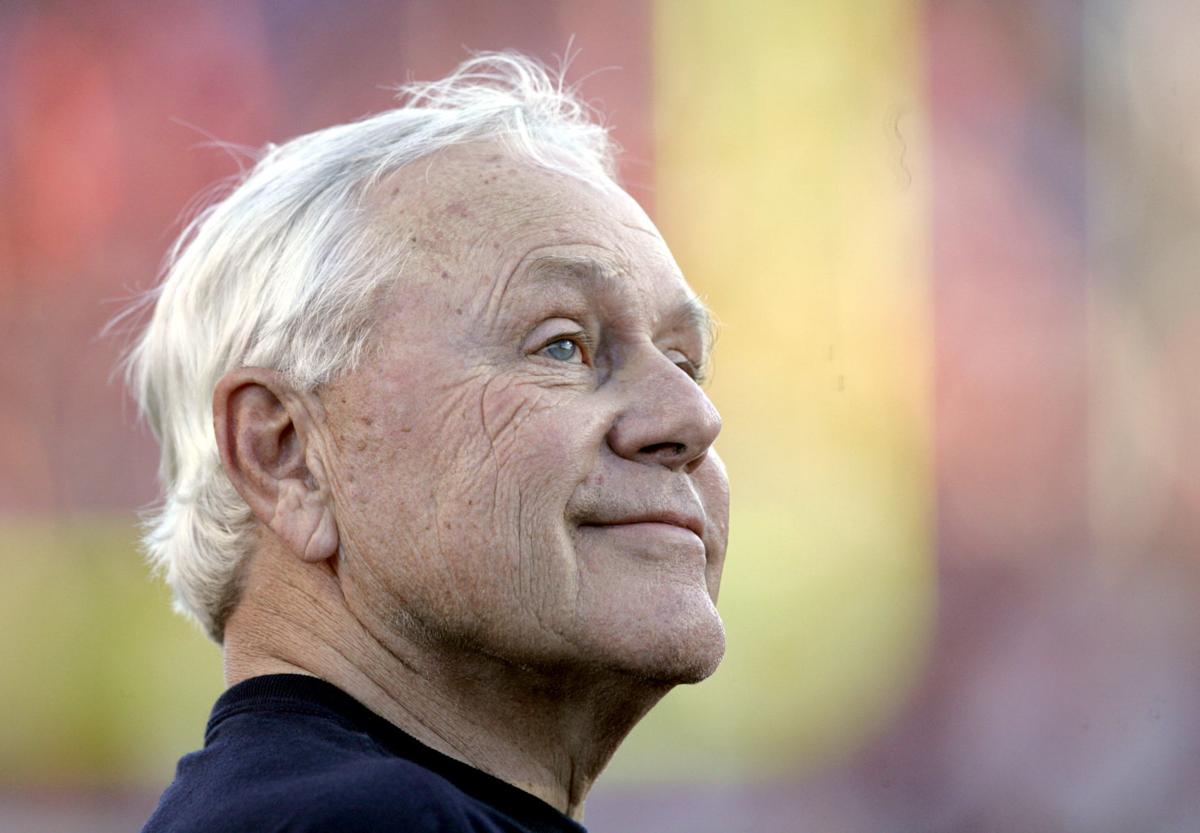 Ex-UA football coach Dick Tomey chose to leave in 2000 after the team failed to reach the Rose Bowl. 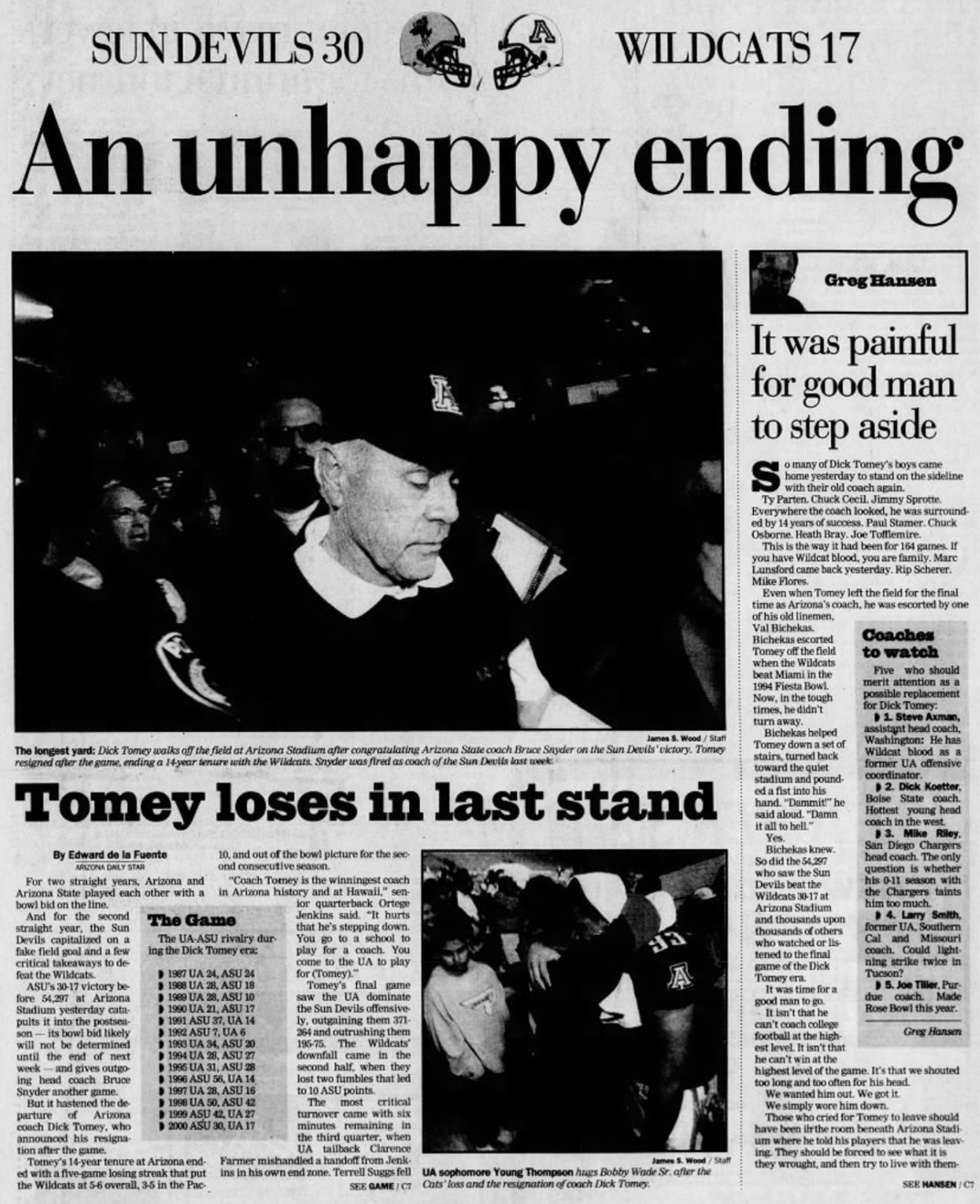 For 19 years, former UA president Peter Likins and athletic director Jim Livengood have taken the heat for firing football coach Dick Tomey, a man whose stature and respect in Tucson have reached near-legendary levels as the Wildcats have become the Pac-12’s most unsuccessful football program, the first to lose 100 conference games since Tomey’s departure.

But as it turns out, Likins says he not only tried to talk Tomey out of resigning, but risked his presidency and legacy by arranging for Tomey to get a $600,000 buyout — a transaction the former UA president now refers to as “compassionate subterfuge.”

When the UA dedicated its football practice fields in Tomey’s honor earlier this month, Likins sat in the audience as former Arizona All-Pac-10 linebacker Lance Briggs said his old coach was essentially “run out of town” by the UA and its fans.

Likins was very unhappy at such characterization. This was exacerbated a few days later when I wrote what I had long been told — that Likins and Livengood decided to fire the winningest football coach in school history.

In a sometimes emotional 90-minute conversation on Friday, Likins ended a 19-year mystery about Tomey’s departure. The coach was not callously fired after producing the greatest decade of football at Arizona, he said. Instead, Tomey resigned in the wake of increasing unrest by UA fans frustrated by so many near-misses at the Rose Bowl.

“That hurt Dick in his heart,” said Likins.

Likins said that the night before leaving on a business trip to Sharjah in the United Arab Emirates in late November 2000, he got a phone call from Tomey.

Likins knew instantly the gravity of his football coach’s call.

He asked Tomey to reconsider, or if nothing else, delay making any decision. “I urged him not to put his resignation in writing,” Likins said Friday.

Livengood, now living in Las Vegas and working as a consultant in college sports, said “Dick and I never had a conversation about him not coaching Arizona until he made his decision after that game.”

Arizona lost “that game,” the Territorial Cup to Arizona State. Tomey told his team he was resigning. A few minutes later he told reporters he had coached his last game for the Wildcats.

Tomey cited the “public debate” as reason for his resignation, calling it “so difficult for my family, the team, the assistant coaches and their families.”

At the time, Livengood said Tomey did it on his own.

“It was strictly his decision,” he said.

But Tomey’s separation agreement, signed by Tomey two months later, stated it was “the common understanding” of Tomey, Livengood and Likins that Tomey’s “nominal resignation was in lieu of termination by the university.”

“For 19 years the true story of Dick Tomey’s resignation as Arizona’s football coach has been known only to Dick, Jim Livengood and myself,” Likins said.

“We tell that story now with an enormous sense of emotional relief, but with the knowledge that our subterfuge in 2000 may still be perceived by higher authorities as improper, even if motivated by honorable compassion,” said Likins.

Likins and Livengood arranged to pay Tomey a $600,000 buyout rather than let him walk away empty-handed, as his contract details stipulated.

“Dick acknowledged that by departing on his own initiative he would sacrifice the payout provided by his contract only if he was involuntarily terminated,” said Likins.

“I told him not to sign any resignation papers so Jim Livengood and I could try to find a way for him to receive the financial payout.

“Prior to Dick’s decision and communication with me he had not discussed terminating his contract with me or Livengood, so we had a legal problem in securing his payout. Dick, Jim and I met the following day (Nov. 25, 2000) and agreed upon a plan subsequently executed, which we regarded as a compassionate subterfuge.

“The official record would falsely indicate that Coach Tomey would have been fired if he failed to resign, so Dick could receive the $600,000 that Jim and I felt he deserved. Dick had lost the support of our football fans, who seemed to have forgotten his 12-win season a few years earlier, but he had not lost the confidence of his president or his athletic director.

“I suspect that the Board of Regents would not have been pleased by our deception, but sometimes you have to do the right thing, even if the rules say otherwise.”

“It was so hard, but I couldn’t talk about it,” he said Friday. “We did the right thing. I wouldn’t do anything to diminish Dick’s memory.”

Tomey died last spring of lung cancer. He was 80. His legacy has grown significantly since that loss to ASU 19 years ago. Many people now refer to him as “legendary.” To their credit, Likins and Livengood saw the good in Tomey — not the five-game losing streak that ended the 2000 season.

“Dick Tomey was the finest exemplar of coaching qualities we most respect and admire in this sport,” said Likins. “We believe that he deserves to be remembered for his extraordinary success in coaching and in life.”

Plus, more on Devonaire Doutrive's suspension, Jemarl Baker's return and the Pac-12's hot start to the season.

Territorial Cup between Arizona Wildcats, ASU to kick off under the lights

The annual season finale between the bitter rivals will get underway at 8 p.m. in Tempe.

The fourth-year back ranks fifth on the UA's career rushing list.

Ex-UA football coach Dick Tomey chose to leave in 2000 after the team failed to reach the Rose Bowl. 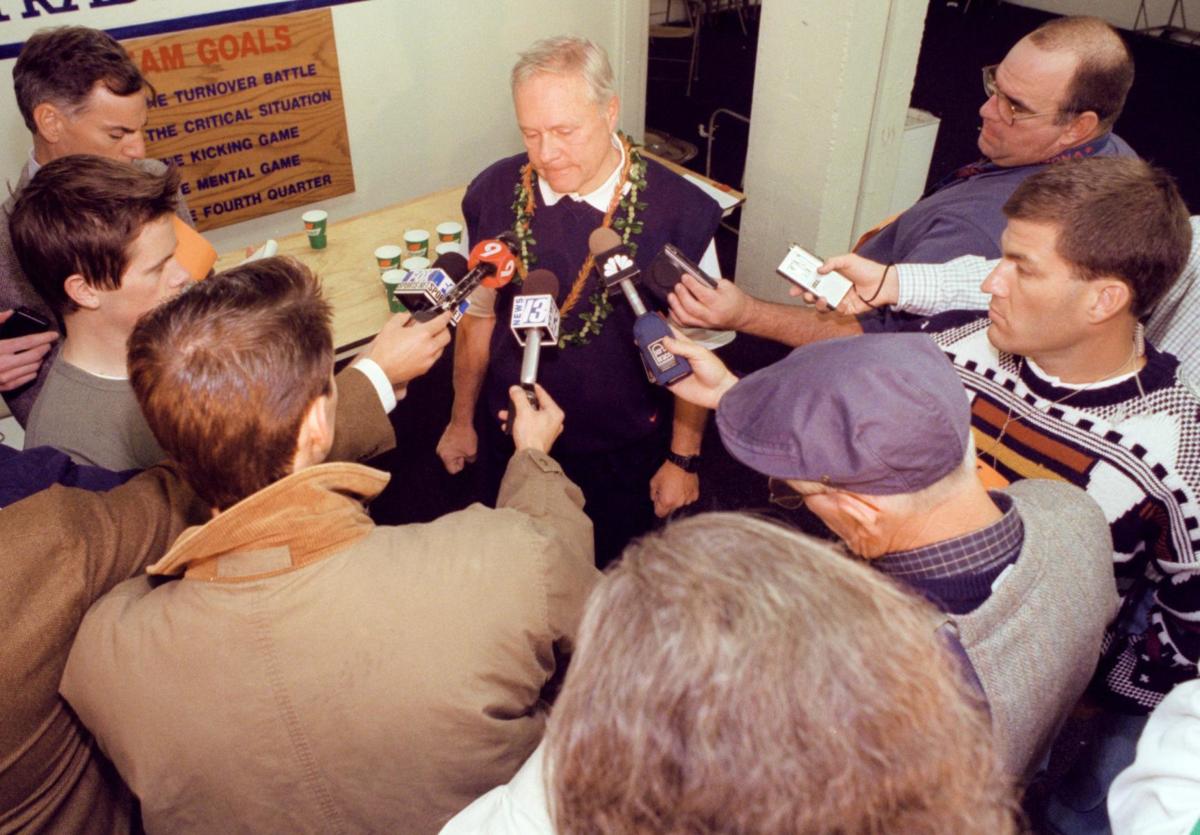 Coach Dick Tomey told his team and then told reporters following Arizona’s Nov. 24, 2000, loss to Arizona State that he was resigning. He was 95-64-4 in 14 years at Arizona. 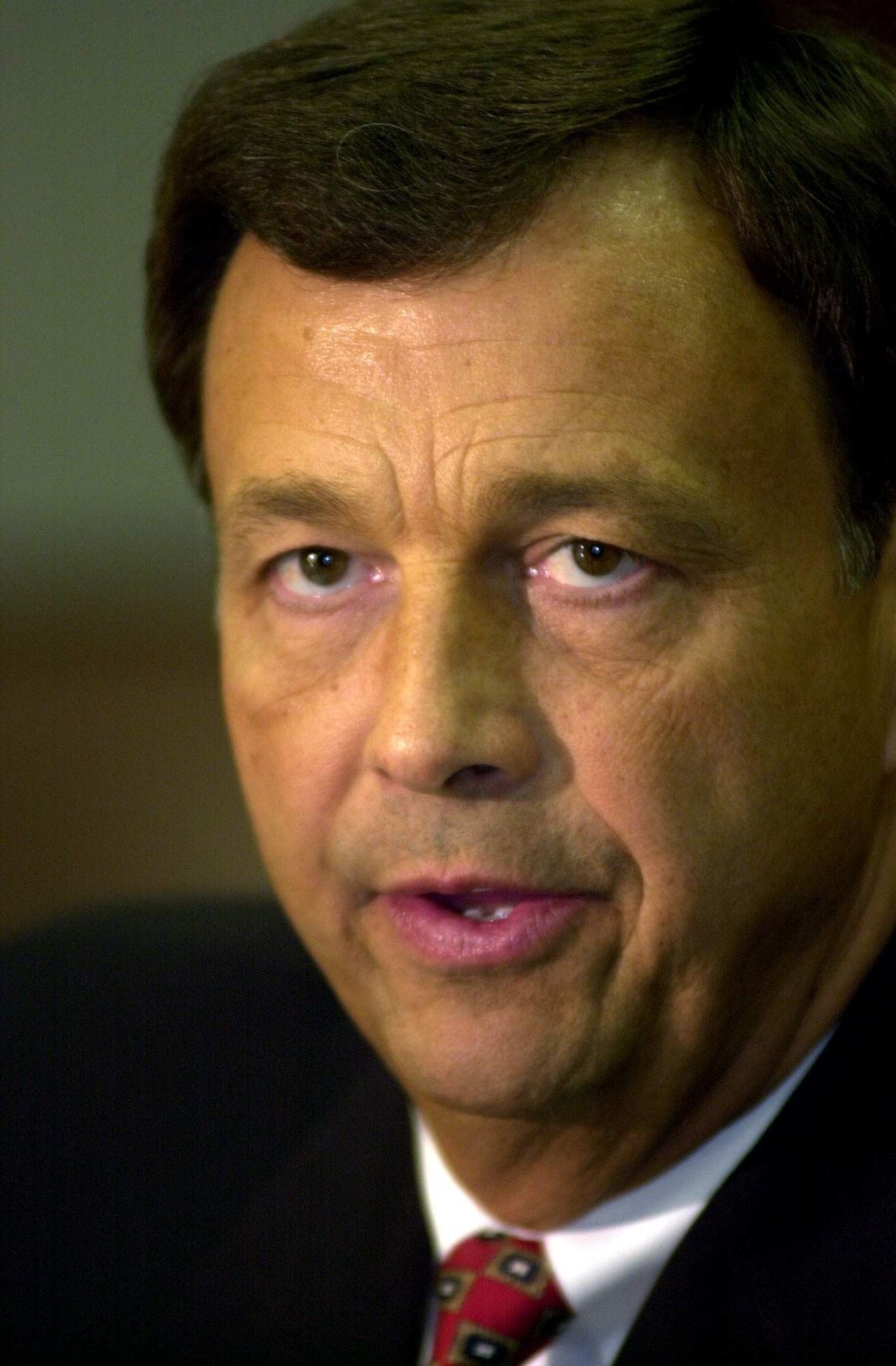 Jim Livengood on Tomey’s departure: “It was so hard, but I couldn’t talk about it. We did the right thing.” 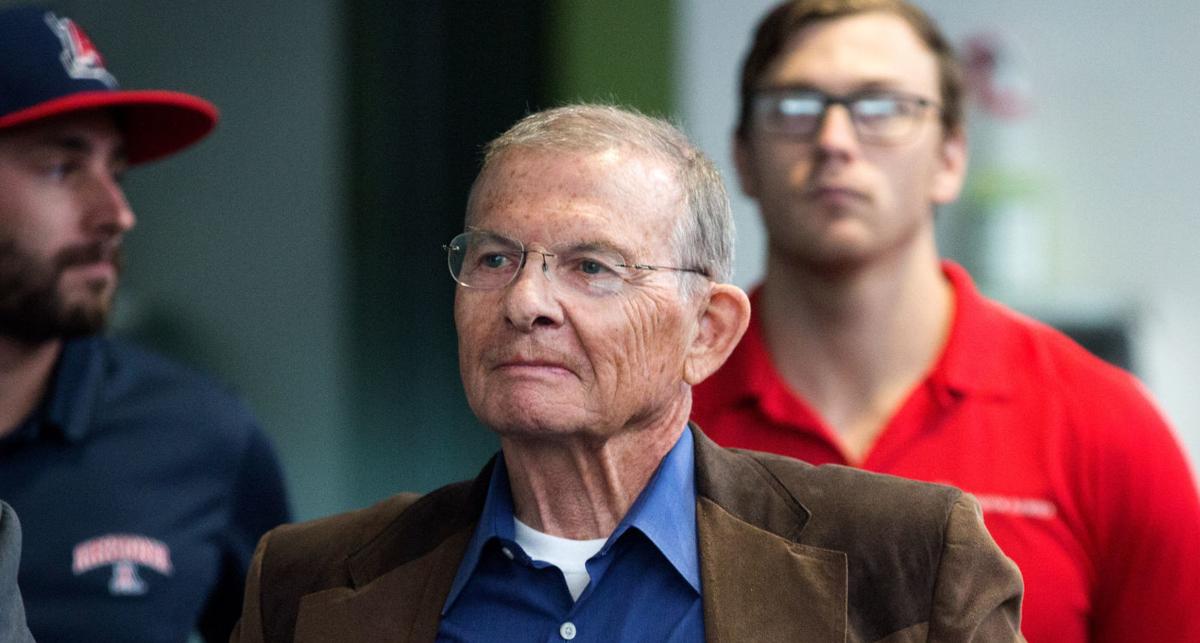 Peter Likins, a former UA president, says he and then-athletic director Jim Livengood worked to get Dick Tomey a $600,000 buyout even though Tomey had resigned. 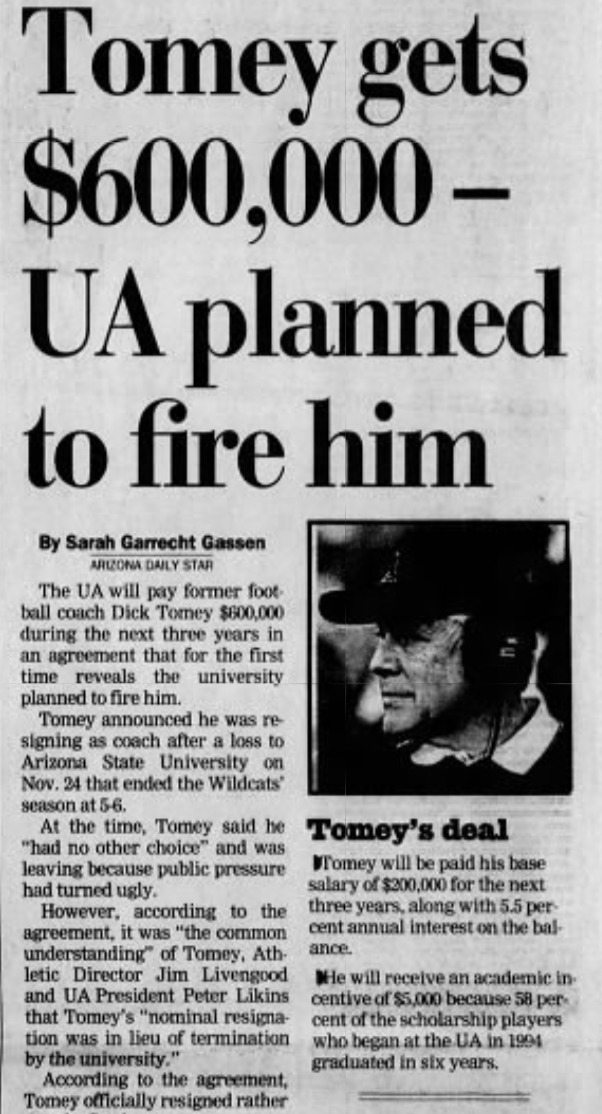 The Feb. 2, 2001 Star reported that Dick Tomey resigned because it was the “common understanding” of Tomey, president Peter Likins and athletic director Jim Livengood that he would be fired otherwise.