A coworking space in downtown Tucson catering to small businesses will close up shop next month, and owners are in search of a new tenant to occupy the whole space.

Connect Coworking, 33 S. Fifth Ave., opened five years ago with a concept of renting individual office space to businesses that could share office equipment and reserve conference rooms for meetings.

The businesses were diverse and not always collaborative, unlike other coworking spaces with similar tenants who work in open, shared spaces.

But a high turnover, lack of tenants and an inability to keep rents affordable for one- or two-person companies made the project financially unfeasible.

At the end of Connect’s five-year lease, June 30, the property will be vacated and owners will look for a single tenant to occupy the historic building on the Rialto Block.

“It is sad, and there’s no way to talk around that,” said Scott Stiteler, co-owner of both the Rialto Block and Connect. “It was a five-year, all-in attempt to get it right. It just didn’t work economically.”

The closure of Connect is the latest hit to the effort to redevelop the Rialto Block, which includes a recently abandoned plan for a dual-concept hotel and major renovations to the Rialto Theatre. Feasibility studies determined the size and shape of the lot was not conducive to the plan.

However, Stiteler and his business partner, Rudy Dabdoub, who have built several downtown developments, are not giving up.

“Our love of Tucson and downtown is hopefully apparent in all of our projects,” Stiteler said. “We are not, in any way, walking away from the block. We will invest for generations.”

Stiteler and Dabdoub traveled the country to see other coworking office developments and incorporate concepts into Connect.

“We gave it our all but there wasn’t enough demand for a large coworking space,” Stiteler said.

More than 200 businesses rotated in and out of Connect in the five years it was open.

Some business owners went under, some grew bigger and others cut corners by saving on rent and working out of their homes.

Averaging about 80 percent occupancy, the strategy of raising rents was contrary to Connect’s vision of providing Class A office space to the “little guy,” Stiteler said.

“Members would say, ‘We would pay more but we can’t,’” he said. “That would not have been the right direction.”

The plan, for the foreseeable future, is to focus on developing the Corbett Block on Sixth Avenue and Seventh Street with a mixed-use project and possible hotel.

City Councilman Steve Kozachik, who represents downtown and has been a vocal critic of some developers in the past, expressed empathy for the decision to close Connect.

“There’s nothing odd about an investment team looking at their return on investment when leases expire to see if it’s time to change direction,” he said. “Scott has a demonstrable track record of successful investment in our downtown core. He’s not going anywhere.”

None of Connect’s current tenants, who were contacted by the Star, responded to requests for an interview.

With extensive renovations to the nearly 100-year-old building, owners are optimistic about finding a tenant quickly.

“They put so much thought into everything,” said Broker Buzz Isaacson, who has signed on to market the building. “The attention to detail is phenomenal.”

It has between 11,000 and 17,800 square feet of usable space and much sought-after outside space.

“Companies now see office spaces as a recruiting tool and a way to retain employees,” Isaacson said. “And, one of the things on that checklist is outside space.”

The Connect building is across the street from the AC Marriott hotel and on the bus line. The streetcar also gives workers access to the Mercado, west of Interstate 10, Fourth Avenue and the University of Arizona.

Tucson weather: Cool temps and thunderstorms on tap for the weekend

Temperatures will reach the high 80s on Thursday, with some cloud cover. 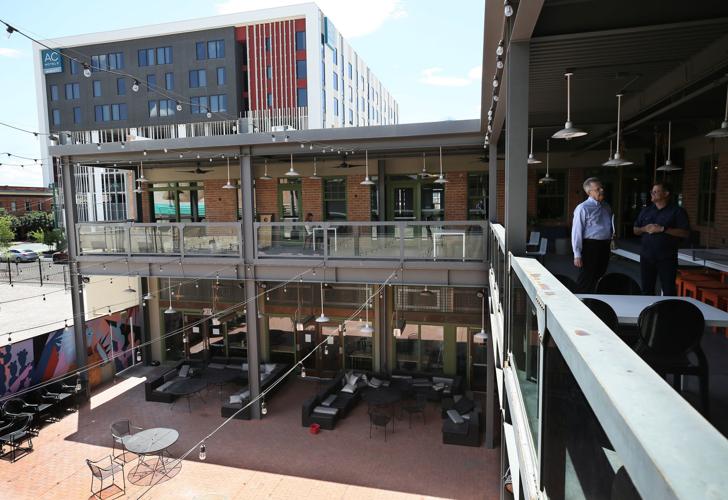 Connect Coworking, which will close next month, was occupied by diverse businesses that shared space and office equipment. 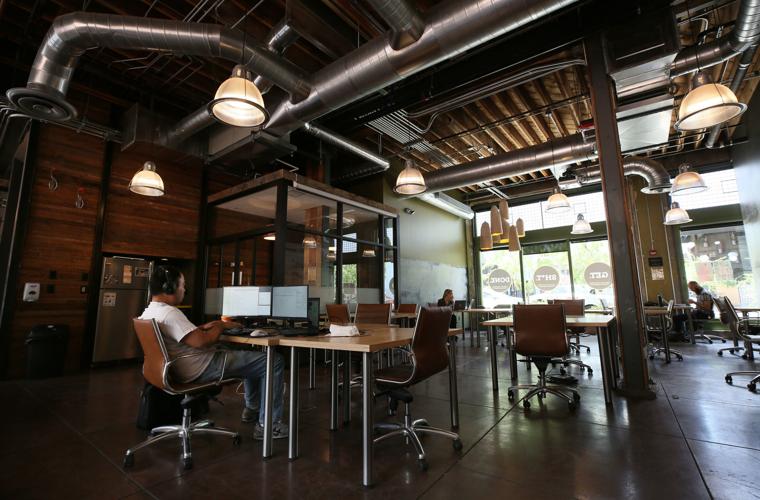 A high turnover, lack of tenants and an inability to keep rents affordable made the Connect Coworking project unfeasible. 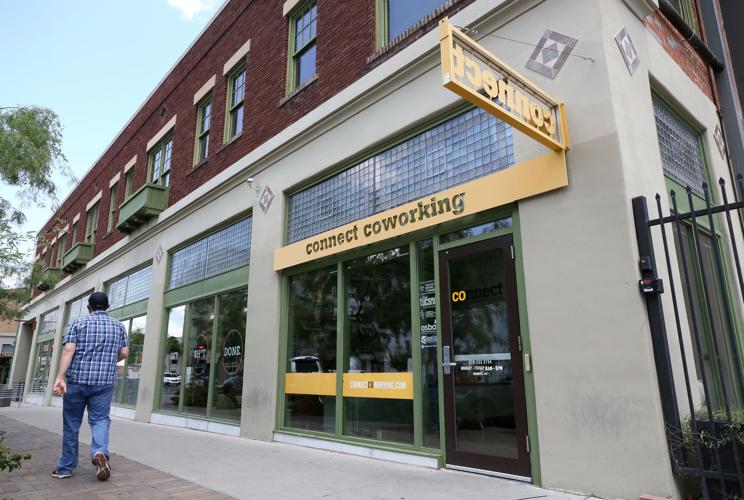 The closure of Connect Coworking is the latest hit to the effort to redevelop the Rialto Block, which includes a recently abandoned plan for a hotel. 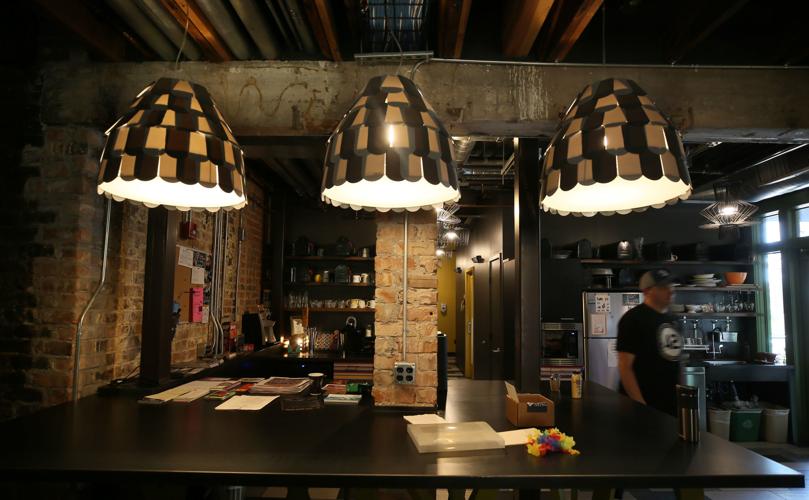 The patio at Connect Coworking overlooks Hotel Congress. The building has between 11,000 and 17,800 square feet of usable space. 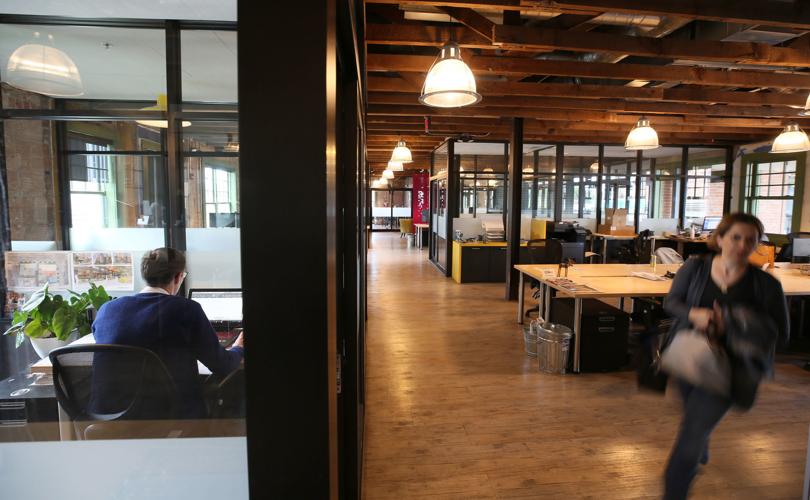 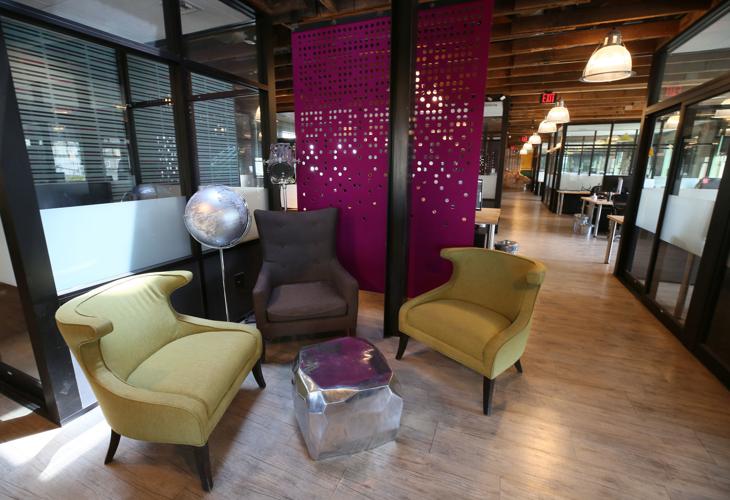