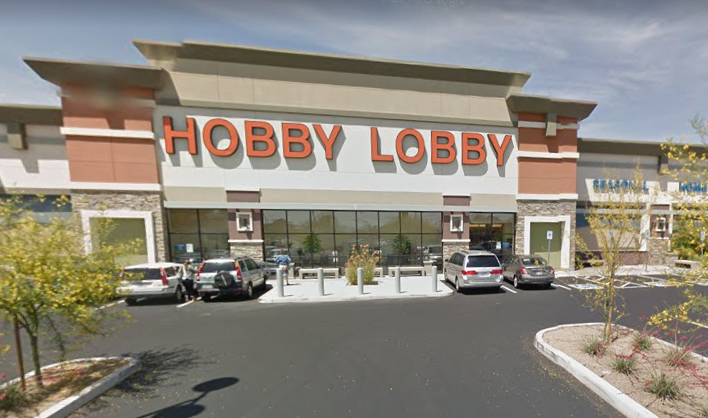 Hobby Lobby has one location in Tucson now, on the northeast corner of East Broadway and North Craycroft Road. 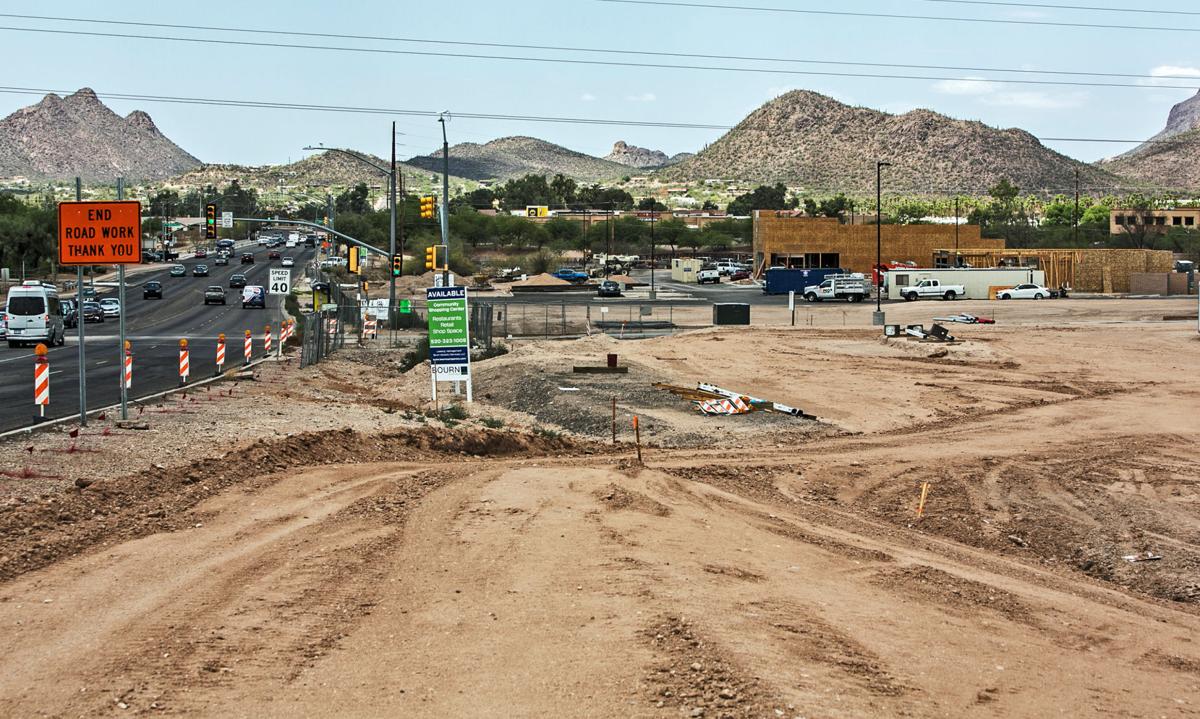 Arts and crafts chain Hobby Lobby is adding three more stores in Southern Arizona, including one at a highly anticipated south-side shopping center and another in Nogales.

The crafting and home decor giant opened its first Tucson store in 2013 at Broadway and Craycroft Road, where Mervyn’s once was.

“With that as its only store in Tucson, its sales have been very strong,” said Nancy McClure, first vice president with CBRE, who represented Hobby Lobby in the leases, along with David Leathers of D.E. Johnson & Associates.

Customers had been asking for additional locations closer to where they live, McClure said.

The new stores, which will open next year, at Oracle and Orange Grove and Interstate 19 and Irvington, “will address that customer demand and likely attract new customers who didn’t want to drive all the way across town,” she said. A third store will open in Nogales, Ariz.

Hobby Lobby first entered the Arizona market in Phoenix in 2006.

“With the positive response we’ve received from our Arizona customers, we believe this is a great state for us,” said Bob Miller, the company’s communications coordinator. “We have many loyal customers in Arizona and we enjoy helping them lead a creative life.”

Founders David and Barbara Green began by making miniature picture frames out of their home with a $600 loan in 1970. Two years later, they opened a 300-square-foot store in Oklahoma City, where the company is headquartered today in a 9.2 million-square-foot manufacturing, distribution and office complex.

Hobby Lobby stores are closed on Sundays to allow employees time for family and worship, the company’s website says.

Hobby Lobby has 10 stores in the greater Phoenix area and one in Sierra Vista.

The Nogales store will be 50,123 square feet in the Mariposa shopping center, on Mariposa Road, west of Grand Avenue.

A 55,220-square-foot store will open in Plaza del Oro shopping center on the northeast corner or Oracle and Orange Grove roads.

A 55,185-square-foot store will open at The Landing, the shopping center under construction on the northwest corner of Interstate 19 and Irvington Road.

There's a wide variety of groups and causes on display today.

Marana neighborhood to get new pizzeria

Social Security and You: Questions from seniors with kids

I haven’t seen any demographic numbers on this issue, but if the questions I’m getting from golden years parents are any indication, then I th…

Ask Amy: Don't marry the man who is sharing bed with his young daughter

Blowing dust along I-10 in northern Pima and Pinal counties.

Trump said he loves Arizona, but isn't a fan of its Republican senators.

We've collected a few front pages from newspapers.com to give you a look at some Aug. 23 papers in history. With a subscription to newspapers.…

Tucson teen at Trump rally protest: "I hope he hears us"

"I'm glad to see all these people standing together against racism," she said. "I feel like I'm part of something big."

In 1960, the Tucson Citizen featured photos of the home of Ralph de Rose. The home reflected the influence of the two years the family lived i…

Highlights from the UA's media availability after Wednesday morning's practice.

Defensive end getting bigger, acclimating to college after making national headlines in February.

Interviews will be conducted on the spot at the hiring fair.

Girl pulled out of running wash by passersby west of Tucson

The girl was in stable condition and taken to Banner-University Medical Center.

The talented senior could be on the brink of blossoming now that ‘understands what it takes’ to be a Division-I college football player.

Deadline passed to mail in ballot for city primary; drop off locations available

Yim is a 2008 Stanford grad and a former Cardinal assistant.

Jobseekers can apply in-person and interview on the spot.

Learn about homebuyer assistance programs at this free event.

Hobby Lobby has one location in Tucson now, on the northeast corner of East Broadway and North Craycroft Road.