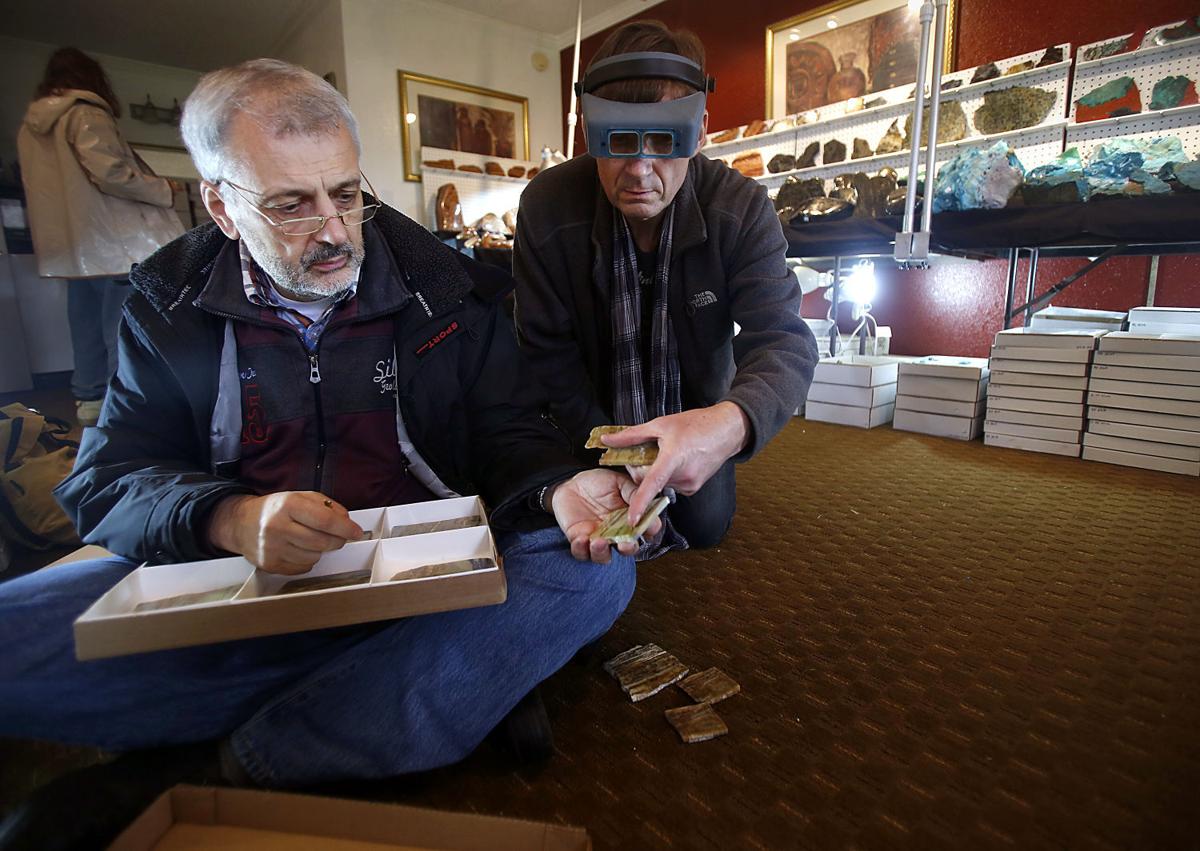 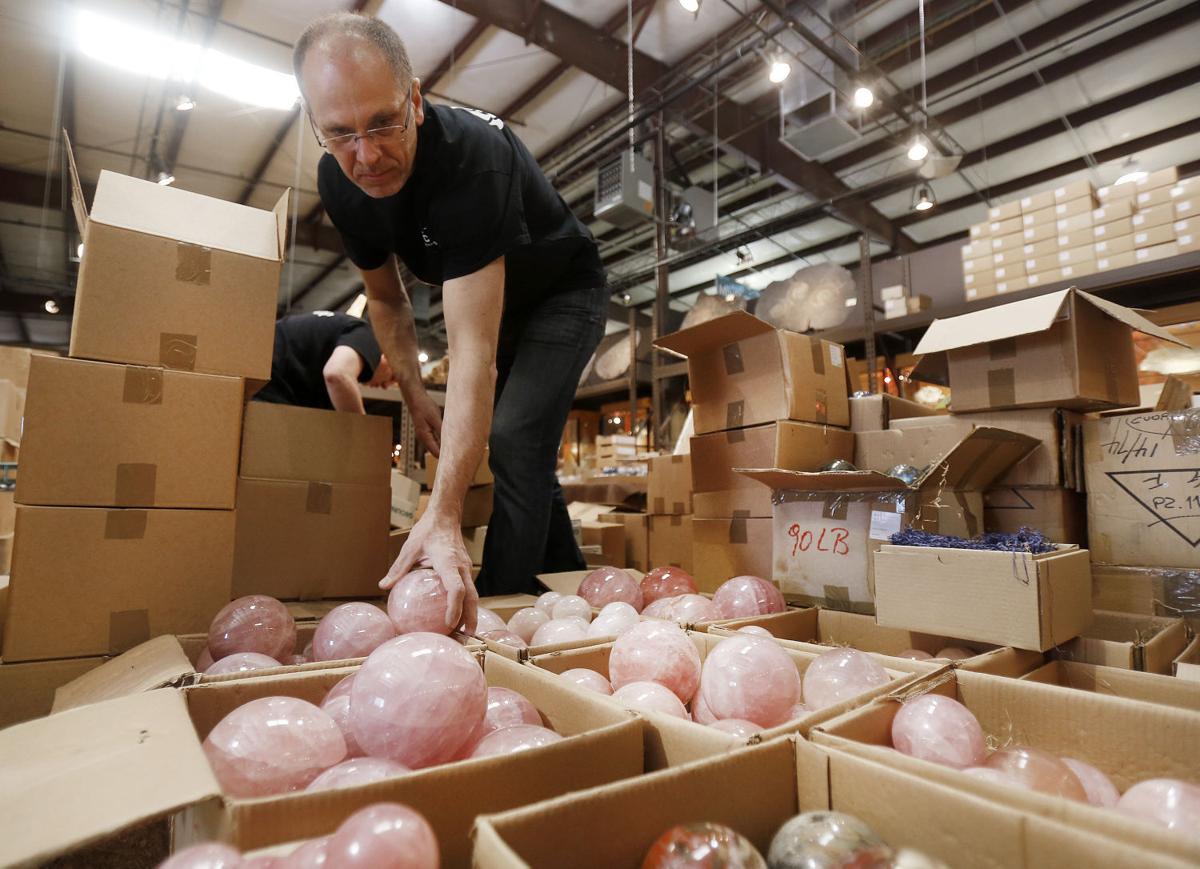 Peter Griss, of GeoWorld, sorts rose quartz spheres from Madagascar into boxes while vendors prepare for the 2015 Mineral and Fossil Co-op Show in January, 2015.

The Tucson Gem, Mineral & Fossil Showcase is here. The city held a kickoff event Friday with a welcome speech from the mayor. Here are five things to know:

It’s the 62nd annual show, but “it started teeny and tiny when the Tucson Gem and Mineral Show began their process of educating and teaching folks about the minerals, gems and mining in our world and in our state,” said city gem show liaison Andy Squire.

Many visitors will navigate the 45 show locations using a new app from Visit Tucson. It’s called the Official Tucson Gem Show Guide and it’s available for Apple and Android devices.

The economic impact is more than the sales of beads and baubles.

“The gem show has a huge positive impact on our local economy,” Mayor Jonathan Rothschild said.

A study showed $120 million in direct spending during the 2014 gem show. Hotels, restaurants, tourist attractions and other local businesses benefit, the mayor said.

The free shuttle service, called GemRide, has expanded to 36 stops.

The city pays for the service and also helps support the shows with a liaison from the city manager’s office, tent inspections from the fire department, temporary crosswalks, and a temporary police command center, among other things.

New this year for local businesses is a welcoming campaign.

Flandrau Science Center features the gems of Harvard and a murder mystery.

State ranks fifth in production; most is mined as byproduct of copper.

Internet a blessing and curse for local jewelers

Tips for locals at the Tucson Gem, Mineral and Fossil Showcase

While people come from all over the world to buy diamonds and antique beads, locals have a unique chance to see it all in town. Navigating the…

The Tucson Experience: The Gem shows

Bob the Triceratops is on display in Tucson for the first two weeks of February as part of the 2016 Tucson Gem and Mineral Show. Video by Curt…

Peter Griss, of GeoWorld, sorts rose quartz spheres from Madagascar into boxes while vendors prepare for the 2015 Mineral and Fossil Co-op Show in January, 2015.