Tucson radio will welcome a new station today that features some familiar voices.

This morning, 101.7-FM and 830-AM will go live as KDRI The Drive, a Tucson-focused music and entertainment station targeting listeners between the ages of 45 to 64.

Owners Fletcher McCusker, Bobby Rich and Jim Arnold say those are the listeners that have long been neglected not only in Tucson but nationwide by corporate-owned radio that focuses on the 25-to-40 segment.

“We kind of view them as a lost audience,” said longtime Tucson business titan and community activist McCusker, the only one among the trio who doesn’t have an extensive radio or broadcast background. McCusker’s only foray into radio was a short stint at KWFM — he was the underground rock station’s first hire — when he was 19 in the late 1960s.

The trio closed last week on the $650,000 purchase of the radio frequencies that had been home to Christian broadcaster Family Life. The Drive will play a mix of music from the 1960s through the ’80s and beyond that they say will appeal to an audience that identifies as baby boomers, Rich said.

“It’s not classic rock. It’s not golden oldies. But it’s going to be unique, programmed by Bobby Rich,” McCusker said. “His library right now is 3,000 songs, so you could literally go weeks without hearing the same songs.”

When pressed for a clearer definition of the format, Rich would only say that he planned to “present on The Drive something that (listeners) will be comfortable with and familiar with and will give them something that they want, which is information and entertainment.”

The trio, who formed Radio Tucson LLC, has been quietly working on The Drive since early this year when Family Life took over the Lotus-owned conservative talk radio station KQTH-FM, which Lotus Communications acquired last year when it bought four Tucson radio stations from broadcast giant E.W. Scripps Company. Scripps throughout 2018 divested of its radio holdings nationwide to focus on building its TV stations, including KGUN, Channel 9, in Tucson.

At the time of the Scripps acquisitions, Lotus had four local radio stations, including classic rock leader KLPX 96.1-FM and alternative “Rock 102” KFMA.

But the new acquisitions put Lotus over the FCC limit for ownership in a single market, forcing the company to sell the conservative news-talk station KQTH 104.1-FM to Family Life, the 45-station Tucson-based Christian radio network, for $800,000; and KTGV 106.3-FM The Groove to Portland, Oregon-based Bustos Media, which has dozens of Spanish-language radio stations in Oregon, Washington and Wisconsin, according to the trade magazine InsideRadio.

With its move up the FM dial, Family Life sold off its two frequencies, 101.7-FM and 830-AM, and began telling listeners last month that it was moving programming to 104.1-FM.

On Thursday, Tucson Radio began playing nonstop novelty songs, including “Camp Granada” and “Purple People Eater” under the name “The Worm.” On Monday morning, it switches gears as The Drive with Rich and Hill Bailey, most recently of KHYT 107.5-FM, in the morning driver’s seat. The station will broadcast from its work-in-progress downtown studio on the first floor of 64 E. Broadway — former headquarters of McCusker’s Providence Service Corp., which he ran from 1996 to 2012.

Bailey is among a small cast of radio personalities with strong Tucson ties that Rich has recruited to join The Drive. Others include Tucson native Tyler Russell, who runs a nonprofit community radio station in Laguna Beach from where he will broadcast the evening drive show; Mikey Esparza, who started his radio career in Tucson 30 years ago before moving to California in the late 1990s with his syndicated radio program “The Mikey Show”; and Ken Carr, who spent a decade on Tucson radio until he was laid off in 2011 and launched Whats Up Tucson on Twitter.

“I am very excited,” said Carr, who has been in talks with Rich to join the lineup since April. “I think there is an underserved audience for adults. Everybody seems to be chasing after a youth market. There’s a 45-plus audience that doesn’t have a radio station of their own, especially locally.”

Carr said he will incorporate Whats Up Tucson into his midday show from 10 a.m. to 2 p.m. weekdays. Whats Up Tucson boasts more than 94,000 Twitter followers and posts totally local news, from traffic jams to weather updates.

“I have to say it’s exciting and also a little frightening,” Rich said of the venture, which returns him to Tucson radio two years after he was fired from 94.9 MIX FM. Rich had been a mainstay in Tucson radio for nearly 30 years.

Arnold, whose nearly 40-year broadcast career includes working for Tucson radio and TV stations, said the station simulcast on both frequencies will initially go on the air without advertising. He will begin hiring a small sales staff this week that will target advertisers seeking to reach an older, often overlooked, market.

In its 2018 report on radio consumption, Jacobs Media, a firm that analyzes media demographics, reported a decline in commercial radio listenership among the audience most often targeted by radio advertisers.

Meanwhile, listenership among audiences over 45 was nearly double the rate of younger audiences, according to the report published last December on jacobsmedia.com.

“I think the format is what’s really exciting,” said McCusker, who described his role in the venture as chairman of the board and silent partner.

“It’s going to be something unique in Tucson and the United States, and I think it will resonate with listeners and advertisers.”

Photos: A look at what life was like in Tucson in the 1970s

The Mondales and Rep. Morris Udall

Spider-Man at the Spaghetti Company

Lining up to see Wings

Lawrence Welk at the Tucson Open

First day of school around Tucson

Cooling down in Old Pueblo

Cooling down in Old Pueblo

It's part of the May Second Saturdays.

Pima County has fewer teacher vacancies this year, but it's still a problem for schools

The city needs to do a better job of removing trash and vandalism on “A” Mountain to make it more appealing to visitors, a city survey says.

An excessive heat warning will be in place from 10 a.m. to 7 p.m. with expected temperatures reaching 104 degrees this afternoon.

It might be a school night for the kids, but summer rocks on for rest of us

Local bands and a Journey cover band on tap this weekend.

He's among the comedians about to tickle our funny bone this month and next.

It's the chain's second location; No. 3 is set to open in October.

The radio station is giving away a fully restored, 1965 Karmann Ghia convertible that has spent the years since it was restored in 2013 in a garage with the exception of a monthly cruise around the neighborhood. 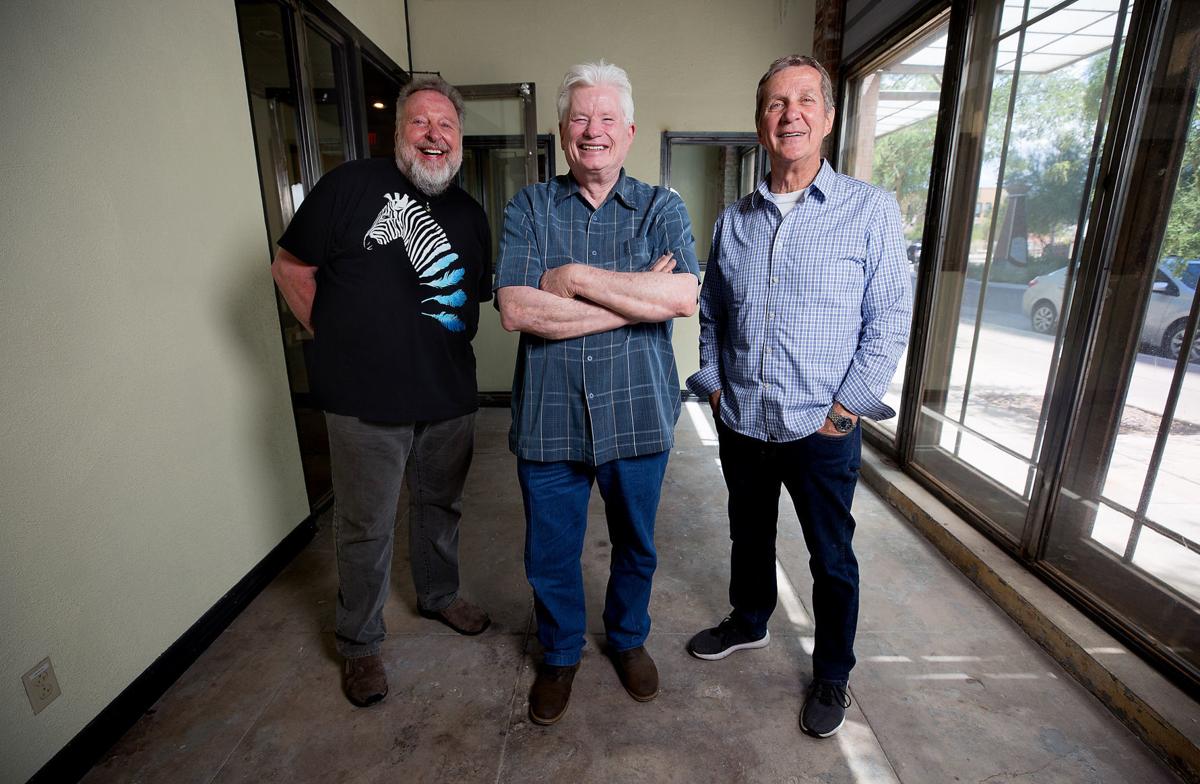 From left, Bobby Rich, Fletcher McCusker and Jim Arnold say radio listeners between the ages of 45 to 64 have long been neglected. They are starting a new station called The Drive. 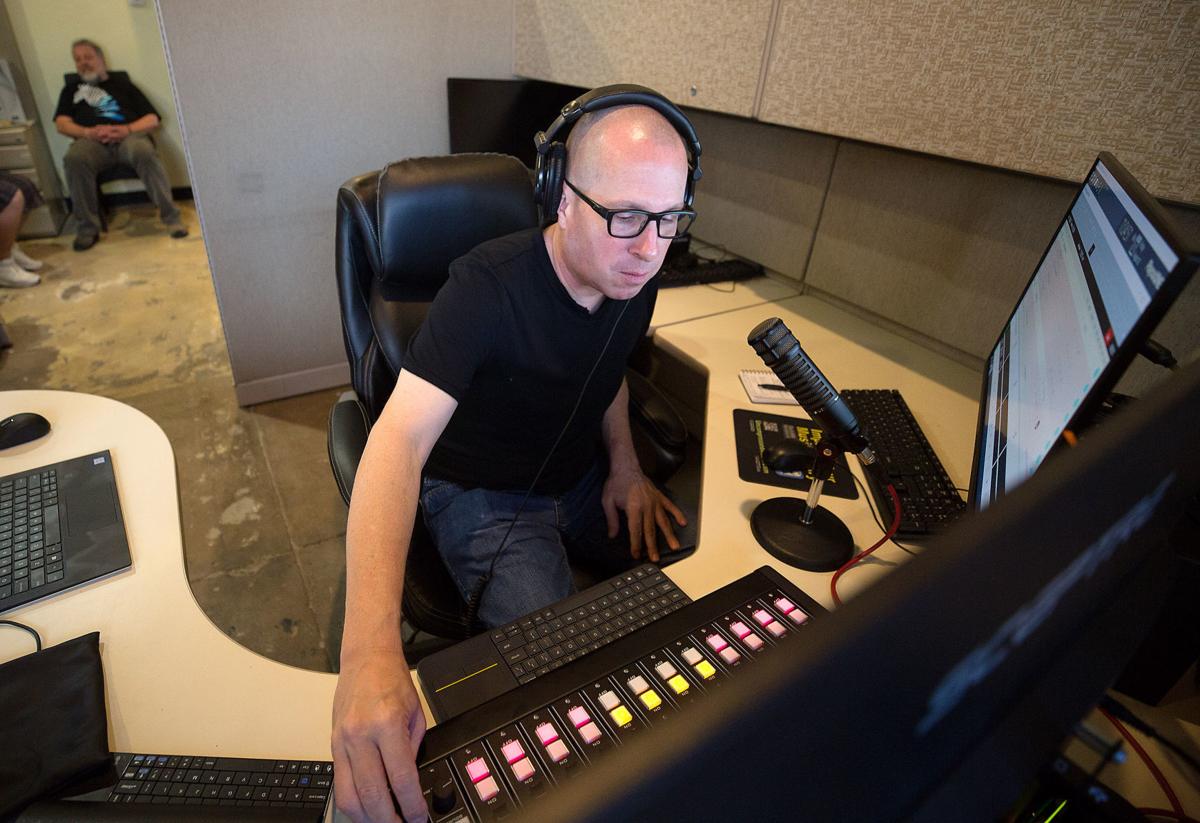 “I think there is an underserved audience for adults. Everybody seems to be chasing after a youth market,” radio personality Ken Carr said. Carr is among those joining The Drive. 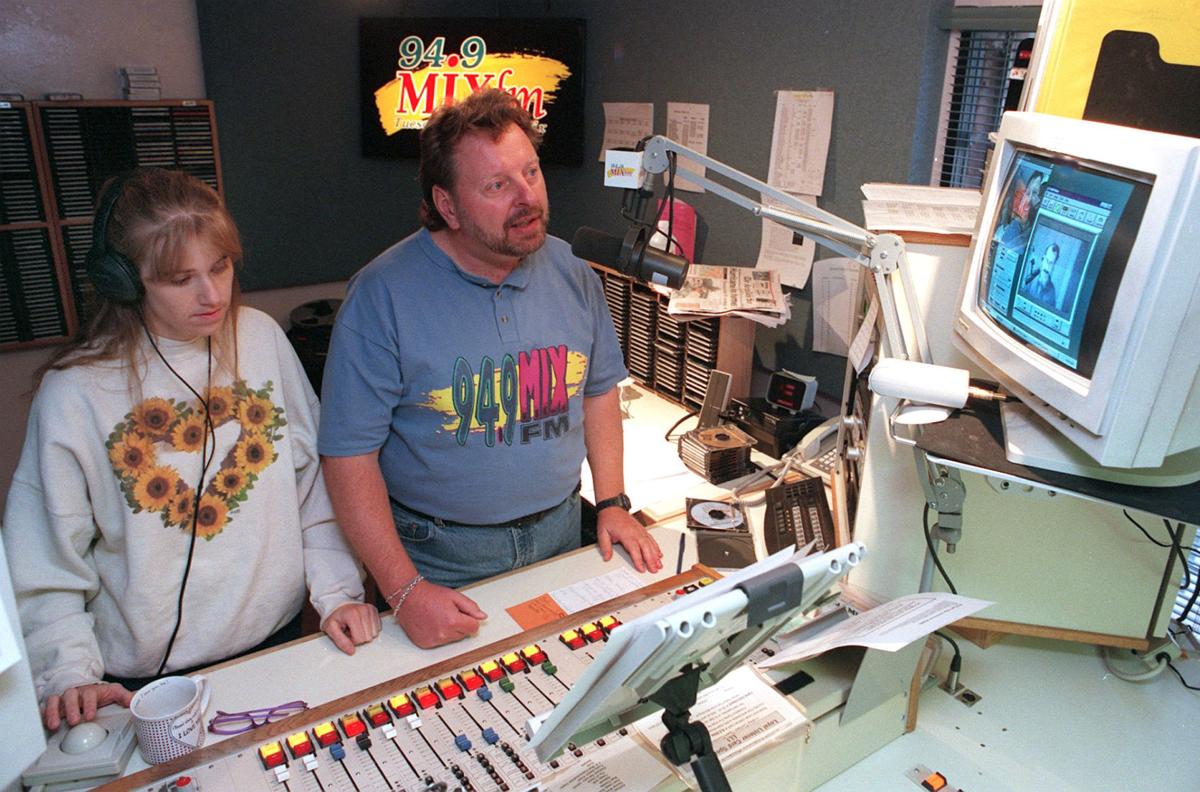 94.9 MIXfm DJ Bobby Rich (right) talks with his counterpart Brad Behan from a Denver location via video conferencing in 1997. 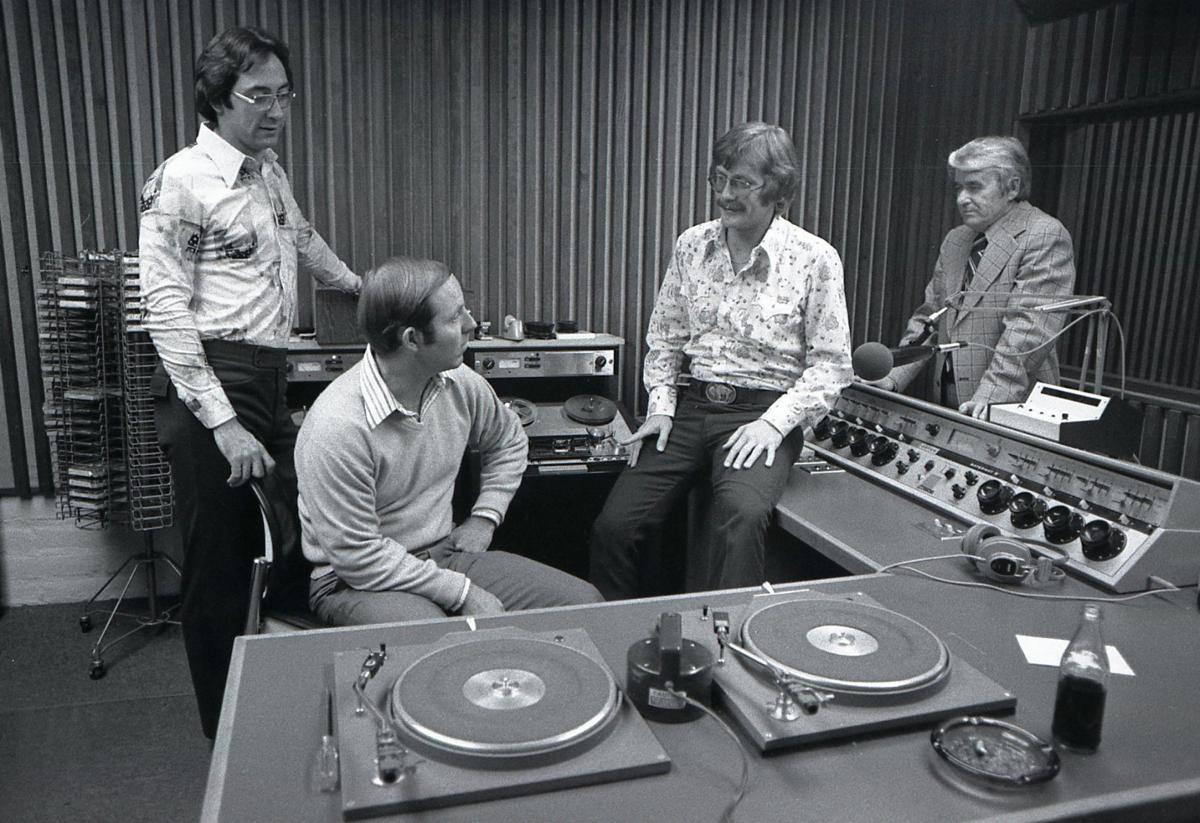