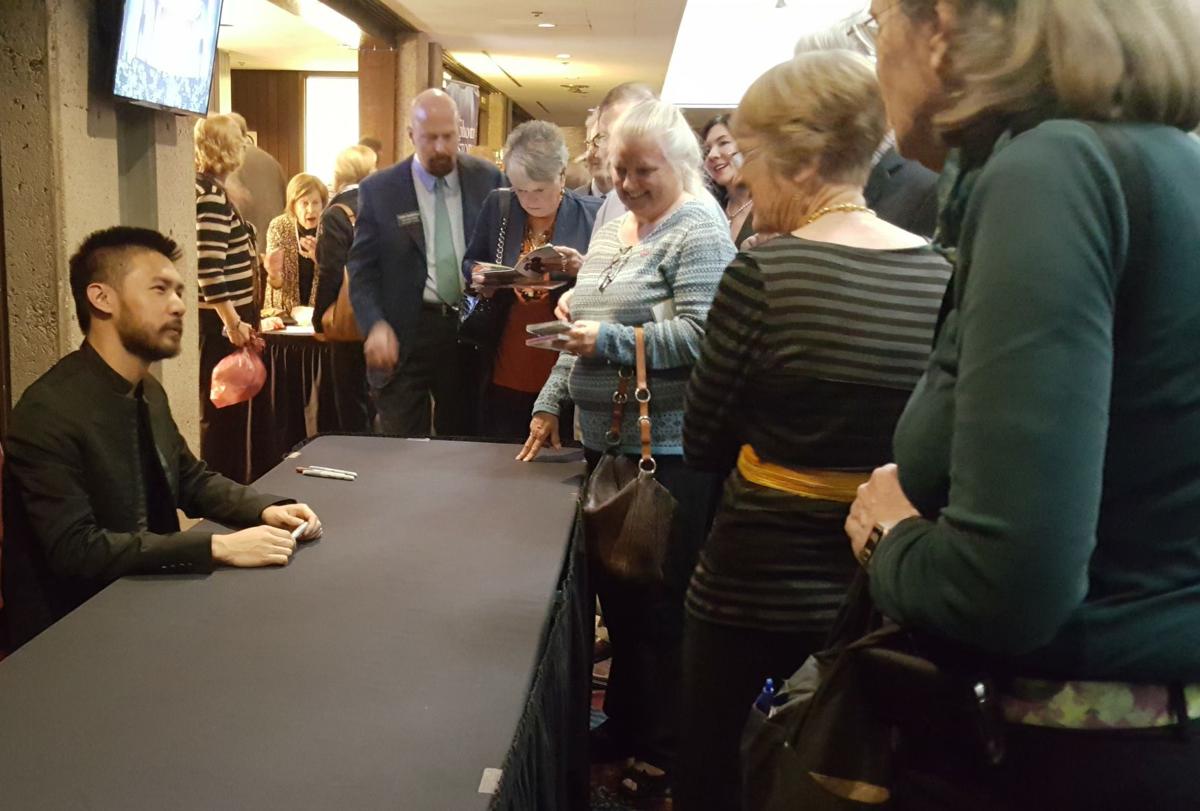 Pianist Conrad Tao signed autographs of his CDs for  his new Tucson fans moments after he performed two jazz works by Gershwin. 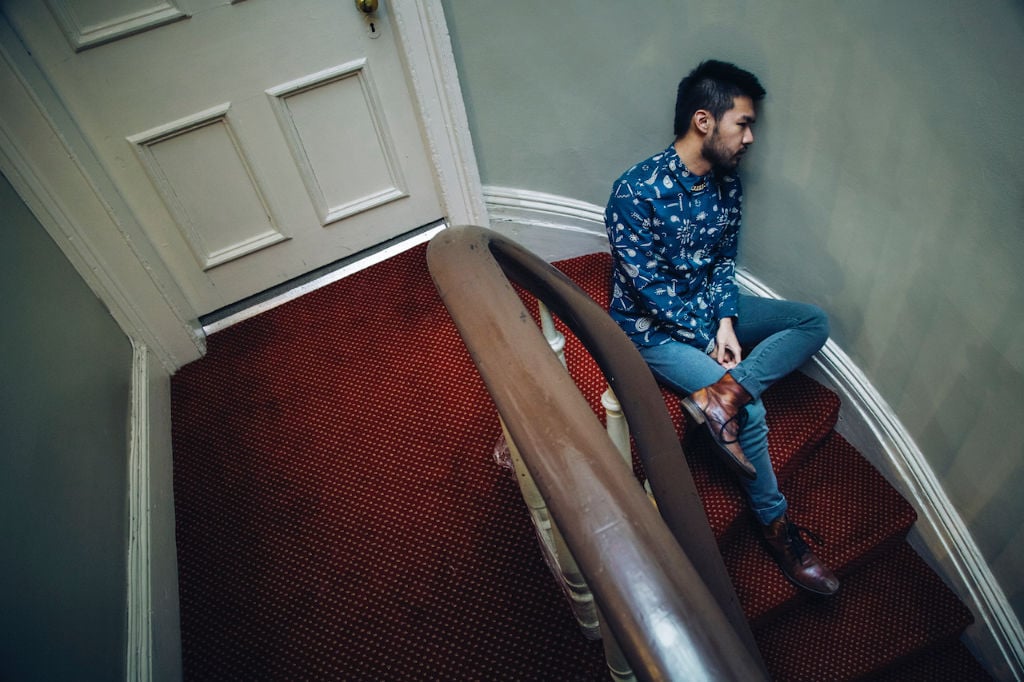 Conrad Tao calls himself a bad tourist because he doesn't get much of a chance to explore the places where he performs. But if a musician from the TSO asks him out for a beer, he's there. 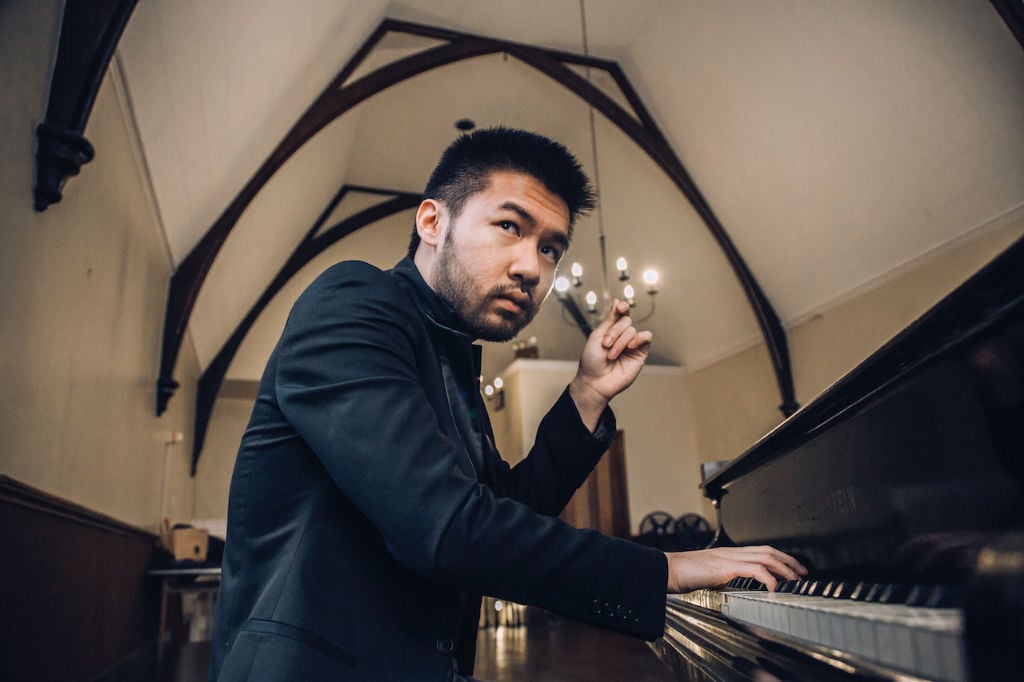 It probably violates all rules of classical music etiquette to sit in a darkened concert hall with your mouth wide open fighting the urge to stand up and scream "Wow!" before the final chord has been struck.

So the audience at Friday night's Tucson Symphony Orchestra concert at Tucson Music Hall politely waited until the end. And with that final note barely out of pianist Conrad Tao's fingertips, 1,700 people — we didn't take a headcount, but the seats all around were vacant of bodies — leaped to their feet and showered the 22-year-old protegé with applause and a chorus of bravos.

Tao literally took our breath away. His performance of Gershwin's "I Got Rhythm" Variations, expressive and filled with remarkable, throw-back to the '20s jazz flourishes, was so much fun to watch. He sat at the piano, fingers dancing along the keyboard, and seemed to disappear to another time. And another venue.

Music Hall turned into a jazz club and Tao was the house pianist directing the band with fingers snapping. When the trumpets blasted in, he mouthed their melodies — bada-bum, bada-wow, ba-da-ba-da. He snapped the fingers on his left hand while playing with his right, then bobbed his head in time to the orchestra. It was electric.

Conductor James Judd took the orchestra along for Tao's ride, matching the young pianist's energy and enthusiasm especially when it came to the dynamic trumpet section led by acting principal Katie Miller. Those folks got a workout, not only on the Gershwin but in the concert ender, Copland's Suite from "Billy the Kid."

Tao followed up with Gershwin's "Rhapsody in Blue" and we were equally stunned. He made that piece come to brilliant life with an energetic, bouncing-off-his-piano-bench performance that felt almost improvised. He slowed down for the more sobering passages, but you could sense this energy surging from his fingertips waiting to let loose. And when he did, we fought back that urge to scream "Wow!"

"I'm not done with you yet," Tao, wearing a collar-less suit coat and skinny-cut black pants, said when he returned to the stage for an encore. The audience members, including a dozen or more teens, almost giddily returned to their seats.

You'd think his encore would be something along the lines of Gershwin, but Tao, who won a prestigious Avery Fisher Career Grant at the tender age of 17 back in 2012, pulled out a piece by American icon Elliott Carter. It was something the late composer — he died in 2012 a month shy of his 104th birthday — had penned at age 97, but Tao made it sound like it came from a much younger hand.

The orchestra was still fired up from the concert's first half when it returned to perform the TSO premiere of Roberto Sierra's "Fandangos" and Copland's "Billy the Kid" suite. The energy they brought to the Copland was palpable, from the percussion section that recreated the sounds of horses clopping along, to Miller's amazing trumpet and the string section that made us believe a Western wind was blowing in the hall every time they tapped their bows on their strings in unison.

The 2017-18 Tucson Symphony Orchestra season is the first under the baton and direction of José Luis Gomez. It kicks off Sept. 22.

Symphonies by Mozart and Schubert on the program.

Pianist Conrad Tao signed autographs of his CDs for  his new Tucson fans moments after he performed two jazz works by Gershwin.

Conrad Tao calls himself a bad tourist because he doesn't get much of a chance to explore the places where he performs. But if a musician from the TSO asks him out for a beer, he's there.