Read Today's E-Edition
Share This
'Hercules vs. Vampires' is a marriage of opera, movies
Share this
1 of 2 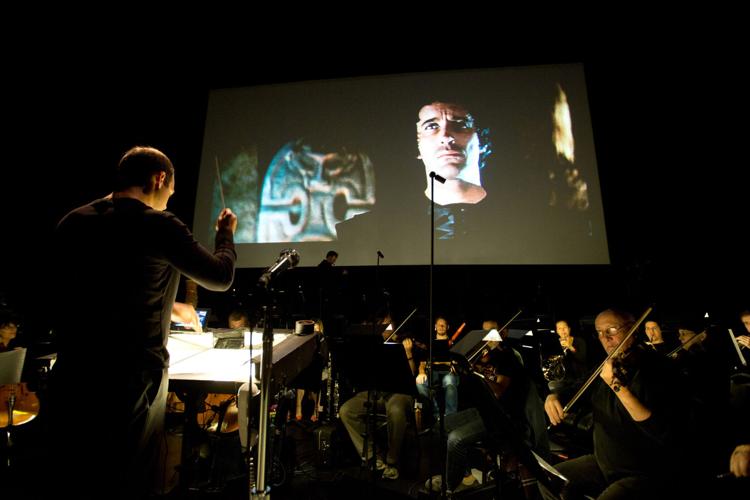 Christopher Allen conducts the LA Opera orchestra in “Hercules vs. Vampires.” Actor Christopher Lee is on the screen. 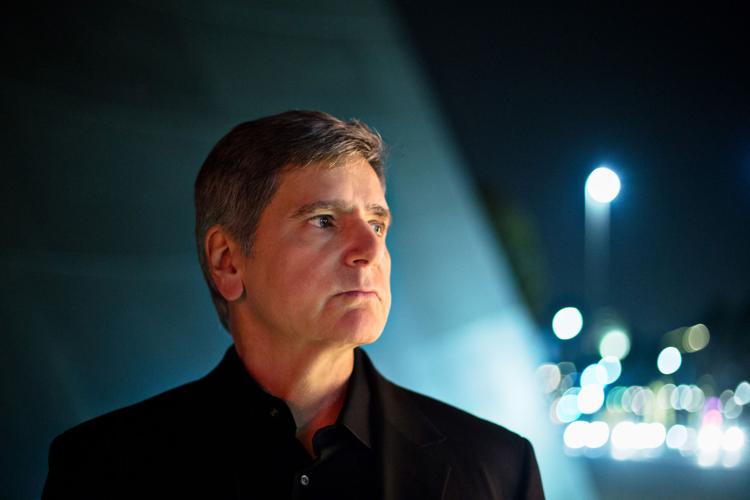 Arizona Opera is about to enter the cine-opera arena Sunday, Oct. 15, with “Hercules vs. Vampires,” the opera version of Mario Bava’s 1961 cult classic “Hercules in the Haunted World.”

It’s a first for the company, says its President and General Director Joseph Specter, who says the project is all part of the company’s years-old Arizona Bold initiative to bring in new audiences.

“We’re trying to put out a big welcome mat to welcome people to the art form” who may never have seen an opera or had any interest in it, he said.

“Hercules vs. Vampires” also is a first for its creator, composer Patrick Morganelli, a former Navy aviator and Hollywood film composer who had never considered opera before. But when he heard that the ambitious community Opera Theater Oregon in Portland was looking for someone to write a score for Bava’s film, he jumped at the chance.

“I was a big fan of Bava,” he said, calling last month from home in Los Angeles.

He landed the commission and set to work creating an opera to sync to the movie — not an easy task when you consider that the singers live on stage with the live orchestra have to match vocal lines with the movie’s characters.

“When the audience is looking at the characters on the screen, when they open their mouths to say their lines, the singers will sing them,” Morganelli explained.

“It’s going to create this remarkable texture that requires a lot of precision on behalf of the performers,” said Specter.

Opera Theater Oregon premiered “Hercules vs. Vampires” in 2010. Three years later, Los Angeles Opera said it wanted to do the piece, so Morganelli decided to rewrite it.

“I really didn’t know any of the people in Portland and I really had no experience with the musicians in Portland, and I say that with no disrespect to my brothers and sisters up there,” he explained. “But when you’re writing something for a professional orchestra and professional singers” the music tends to be more challenging.

“My greatest fear (with composing for the Oregon company) was that I would write a score that was too technically difficult to be performed with the amount of rehearsal time they had,” he said. When the Los Angeles opportunity came, he took it as a chance to “go back and revise the opera and do some of the things that I wanted to do but I wasn’t comfortable doing with the Portland group.”

Very little of the vocal writing changed since it was synchronized with the film. But the score became more dynamic, including an eight-minute scene at the end when vampires and Hercules battle.

Morganelli’s “Hercules vs. Vampires” production also has been mounted in North Carolina and after Arizona it goes to Nashville, Tennessee, in January.

Showing a movie at an opera is one way that has proven successful for symphony orchestras, including Tucson Symphony Orchestra. It has been doing cine-concerts for several seasons and has seen the impact on the diversity of its audiences.

“I think it’s no secret that Arizona Opera, over the past few seasons and looking forward, has been thinking of the future of opera and how to expand the audience and preserve the art form,” Specter said, citing the company’s past efforts, which included last season’s “Riders of the Purple Sage,” commissioned and world-premiered by Arizona Opera; and the 2014 performance of Foglia and Martinez’s “Cruzar la Cara de la Luna,” the first-ever mariachi opera.

Arizona Opera is also taking the opera out of the opera hall and into a movie theater. “Hercules vs. Vampires” will be performed at the Fox Tucson Theatre, a historic downtown movie house that regularly shows classic films in addition to its full lineup of live entertainment.

“We wanted to create a unique and interesting experience for the audience,” Specter said. “In this case, a theater like the Fox seemed so ideally suited for this kind of performance.”

What: Arizona Opera's "Hercules vs. Vampires."

Christopher Allen conducts the LA Opera orchestra in “Hercules vs. Vampires.” Actor Christopher Lee is on the screen.