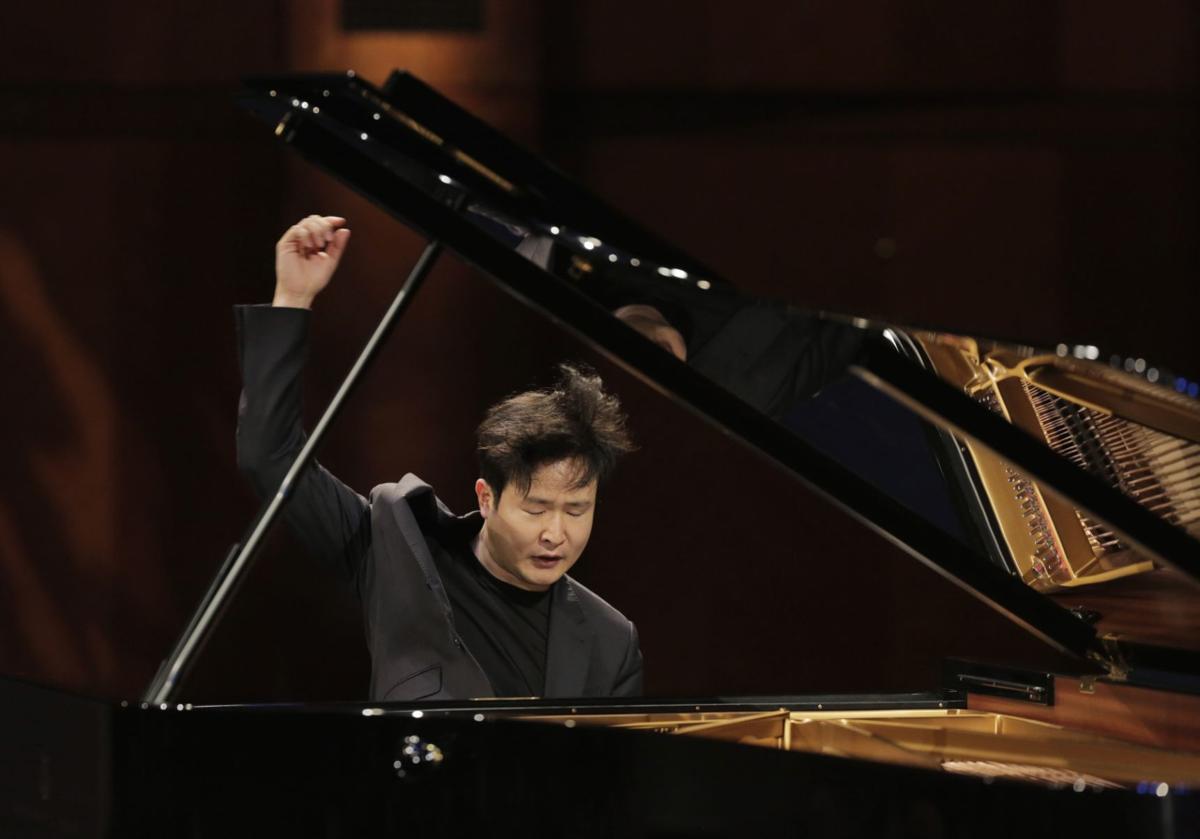 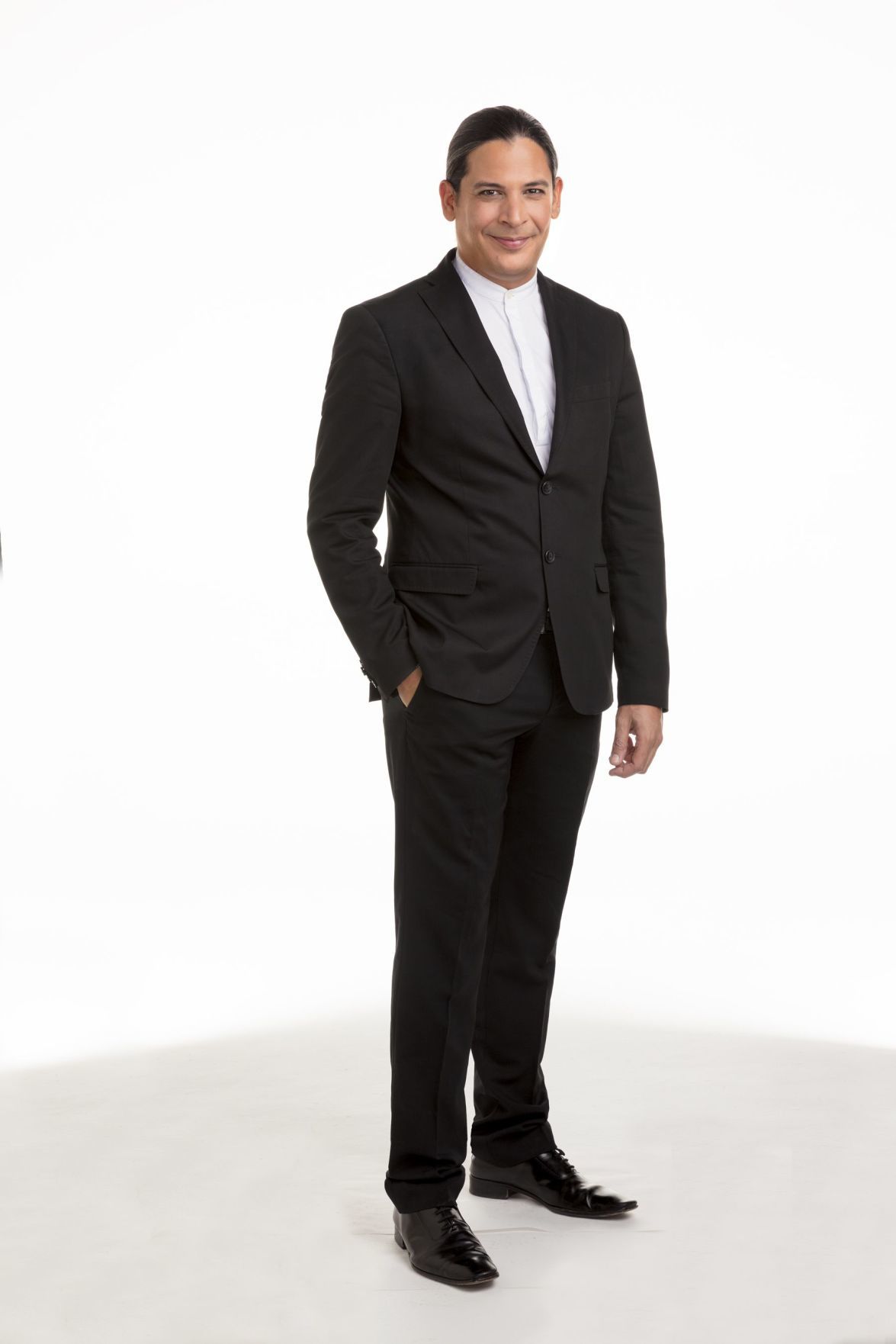 Nogales, Arizona, urologist Alfredo “Che” Guevara will be in the audience on Sept. 25 when the Tucson Symphony Orchestra opens its 91st season.

If he had his way, he’d slip into Tucson Music Hall every time the TSO takes the stage this season.

The TSO over the next seven months is focusing on Beethoven — an homage to the 18th century composer on the 250th anniversary of his birth — and that tugs at Guevara’s heart and soul.

“With Beethoven, you don’t listen to him. You sort of strap him on your back” and hang on, he said days after he joined TSO Music Director José Luis Gomez for a discussion on Beethoven in Green Valley. “Some music affects you internally, and Beethoven does that for me.”

Guevara is somewhat of an expert on Beethoven. He’s read tons of biographies and text books, listened to all the symphonies — Beethoven wrote nine of them — and the concertos and sonatas and practically anything penned by the composer.

He’s so enamored with Beethoven that he and another aficionado, the late Arizona real estate giant Ira Brilliant, famously bought a lock of the composer’s hair and smaller artifacts in 1994 from Sotheby’s in London. They paid $7,200.

Most of the strands are housed in the Beethoven Center at San José State University, part of the biggest, most authoritative collection of Beethoven artifacts outside of Europe. Most of what’s in the center was donated by Brilliant, who retired from selling real estate in the Phoenix area and had spent most of his adult life collecting first edition Beethoven manuscripts and rare, priceless Beethoven artifacts.

Guevara has plans for the few strands of Beethoven’s hair that he has left, stored in a bank vault in Nogales. The Laredo, Texas, native who has been practicing medicine in the Arizona border town for more than 40 years, wants to extract DNA from the bulbs in hopes of answering some of the big mysteries surrounding Beethoven’s life and legacy. including how he started losing his hearing at age 31 and was completely deaf by the time he was 46. Beethoven died in 1827 at the age 57.

The DNA tests, though, won’t explain the musical genius of the man. That’s something that Guevara and Gomez say comes across every time you listen to his music.

“He was thinking so ahead of time. We say this a lot about composers, but Beethoven was really ahead of his time in many ways and that’s why he sounds so fresh and he speaks so clearly with everything that is also related to his time and our current times,” said Gomez, who programmed eight of Beethoven’s nine symphonies for the 2019-20 TSO season.

Guevara was 6 or 7 years old the first time he heard Beethoven at a neighbor’s house.

“It was like somebody reached into my chest and plucked strings,” he recalled. “That music reached out to me and plucked my heartstrings to the point that it really opened a whole new world to me.”

In his late teens while studying for his undergraduate degree at Northwestern, Guevara rediscovered Beethoven and other classical composers including Mozart, Vivaldi and Bach.

But Beethoven was his jam. In 1990, years after he moved to Nogales and established his medical practice, he began throwing near yearly Beethoven birthday parties. That’s how he became friends with Brilliant. And when he told Brilliant a few years later that he would love to get his hands on a Beethoven artifact — he was thinking maybe a funeral card or 18th century concert program — the pair stumbled on what has since become a famous find: a book was published in 2000 about Beethoven’s hair and in 2005 it was the subject of a documentary.

Gomez opens the season Friday, Sept. 20, with Beethoven’s Seventh Symphony and his Piano Concerto No. 3 in C minor with guest pianist Yekwon Sunwoo. Other works of the season include Beethoven’s Fourth Symphony to open the MasterWorks series on Oct. 5, Symphony No. 5 on Dec. 6 and a Beethoven two-fer Feb. 14, 2020: his First Symphony and No. 6, “Pastorale.”

“The great thing about Beethoven, you can look at (his symphonies) chronologically and you can see the development. But you look at them individually, each of them has their own universe,” Gomez said. “Mozart is a gift of god. Beethoven at the level of genius is the same, but he’s someone living in this earth. All the human feelings are represented in his music.”

Tucson Symphony Orchestra opens its 91st season on Friday, Sept. 20, at Tucson Music Hall, 260 S. Church Ave., with the first of several concerts centered on the music of Beethoven. The orchestra is celebrating the 250th anniversary of Beethoven's birth.

The orchestra will perform eight of Beethoven's nine symphonies including his popular Fifth on Dec. 6 and 8 at Tucson Music Hall and Nos. 8 and 2 on "Beethoven x 2" at Catalina Foothills High School Jan.11 and  12, 2020.

Tucson Symphony Orchestra gives us the happy side of Beethoven

The brilliance and triumph in Beethoven's spirited Symphony No. 7 is brought out by TSO.

Tucson Symphony Orchestra is all about Beethoven, Renée Fleming for 2019-20 season

Expect to hear him pick on his teen son and Filipino mother during two shows at Tucson Music Hall on Saturday.