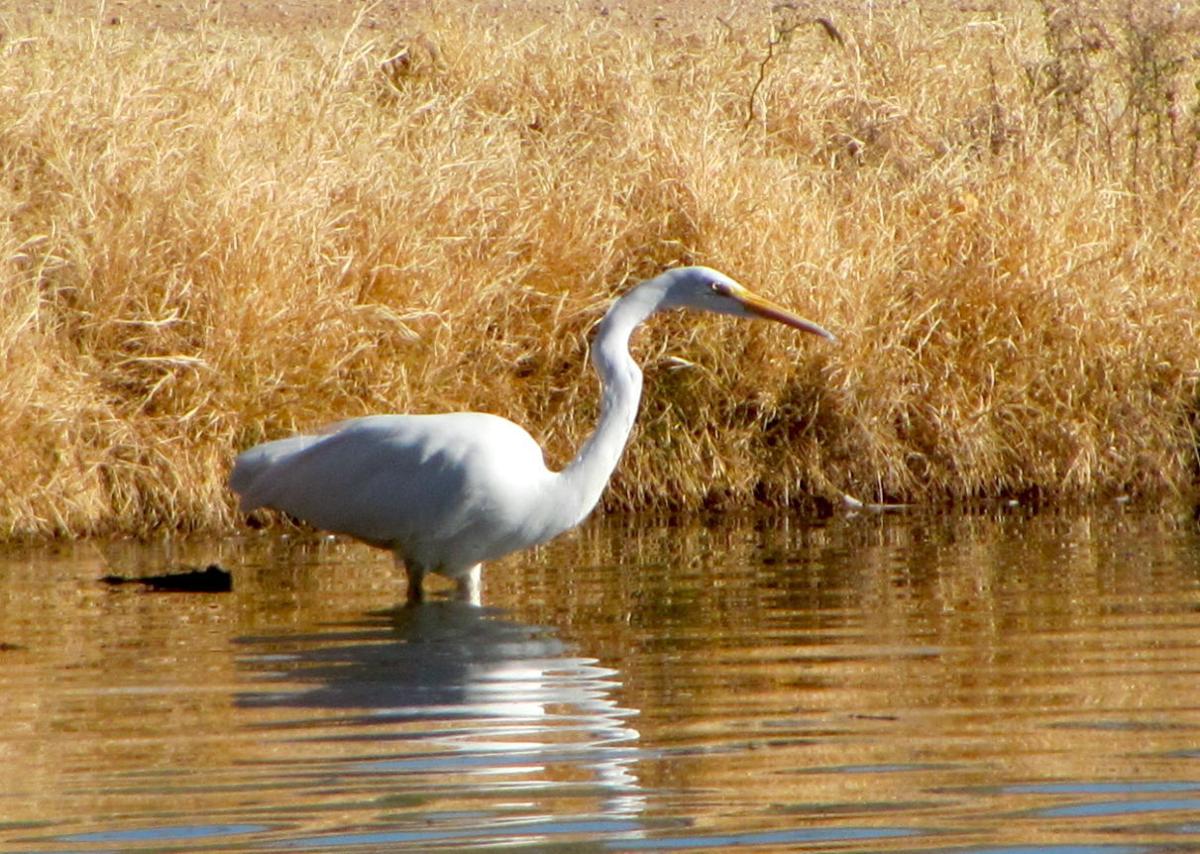 A white egret stands in a pond at Fort Lowell Park. The park is one of numerous area locations where the birds can be seen. 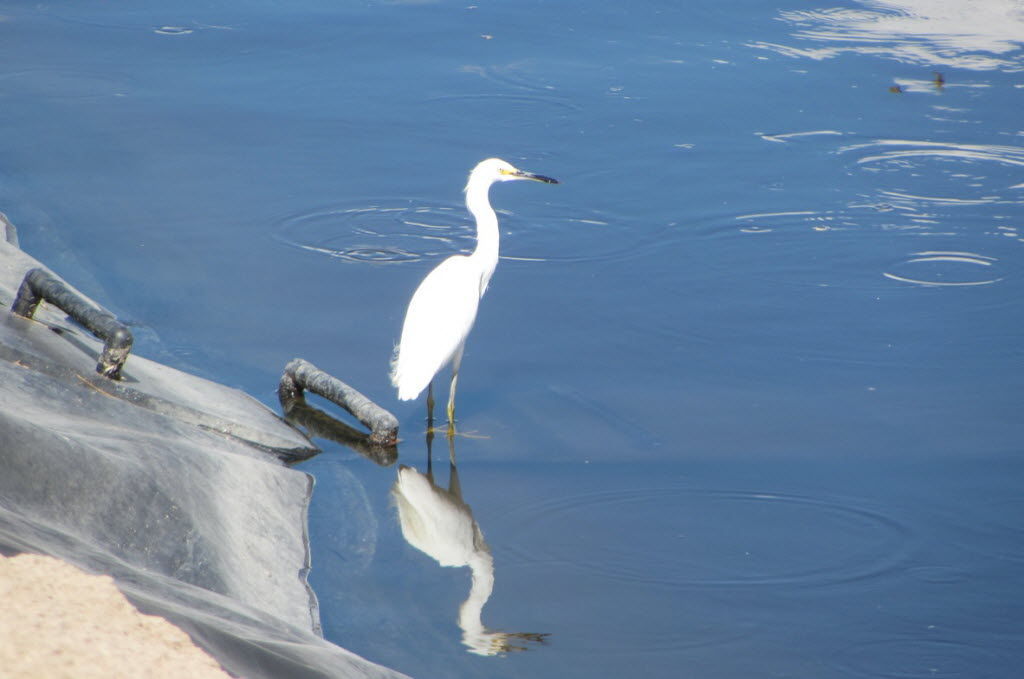 Egrets — graceful, long-legged birds with plumage the color of alabaster — add a distinctly exotic element to the diverse winged wildlife of the Tucson valley.

While our deserts and canyons are the favored domain of cactus wrens, quail and other birds, egrets are most often seen on or near lakes and ponds in the area.

“They are most often found where there is water, and they eat mostly fish, amphibians and aquatic insects. However, great egrets are sometimes seen in fields, parks or even in the desert. In those locations, they will eat terrestrial insects, rodents and small reptiles.”

Commonly seen in the Tucson area, great egrets are about 37 to 41 inches long and have a 55-inch wingspan, according to the Arizona Game and Fish Department.

An entry by Matt Griffiths on the Tucson Audubon Society website includes these observations:

“Found on every continent except Antarctica, great egrets are in Tucson throughout the year but most likely seen in winter and during migration to and from breeding grounds to the north and in the Midwest. ... Breeding adults develop lime green facial skin and thin, wispy feather plumes used in courtship displays. Called aigrettes, these plumes were prized for women’s hats in the late 19th century, leading to more than 95 percent of this species in North America being killed. A symbol of the resulting conservation effort, the great egret became the logo of the National Audubon Society.”

Best spots in our area to observe the birds

Those sites “are all good for finding egrets,” Kroesen said. “And really, anywhere there is shallow water along the edge of a pond or along flowing water, there is a possibility of finding them.”

Wings Over Willcox: More than birdwatching

Hikers get added protection at a railroad bridge.

All things avian will be the focus of Tubac Takes Flight.

Ducks, egrets love our winters. Blackbirds and great-tailed grackles do, too.

Flavors, events, traditions: We share why fall is a season to be savored.

Former disc golf course is for the birds

Where golfers once tossed discs into baskets, the Santa Cruz River now flows.

A white egret stands in a pond at Fort Lowell Park. The park is one of numerous area locations where the birds can be seen.