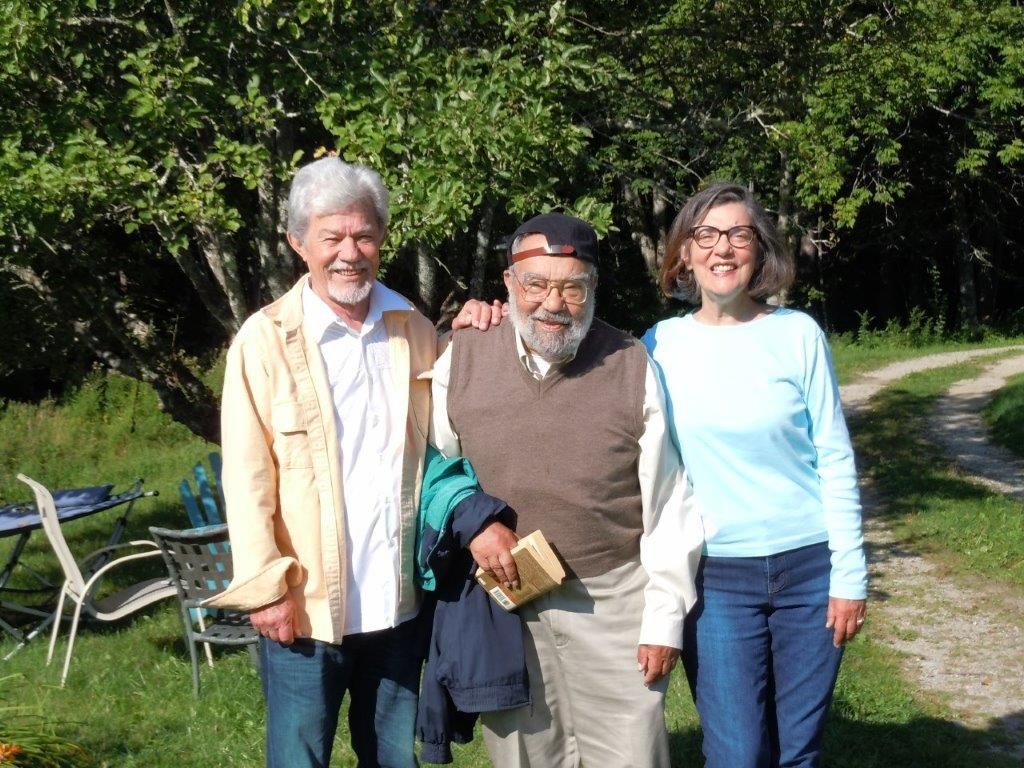 Murray Eden (center) is with his daughter, Abby Eden and son-in-law, Bill Hamm, at his summer home in Cherryfield, Maine. Murray Eden died in early augut. He was 99. 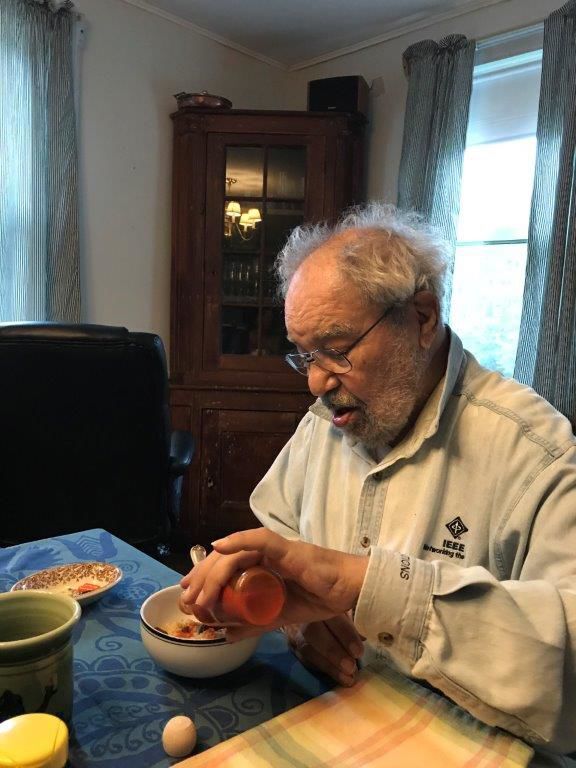 After moving to Tucson, Murray was fond of eating Cholula on his morning oatmeal, his daughter Abby Eden said. This photo was taken at his summer home in Cherryfield, Maine.

Abby Eden remembers her father, Murray Eden, always singing around the house when she was young. He sang until he was about 97 years old, Abby Eden said.

“If he was doing chores or working on the house or taking a shower, he was always singing,” Abby Eden said. “So we grew up singing.”

Murray Eden, who would have been 100 years old this week, died earlier this month in Tucson.

He was a biomedical engineer whose work in pattern recognition contributed to image processing for now widely-used medical equipment like the first MRI systems.

Murray Eden “worked at the intersection of mathematics, engineering, biology and medicine during the infancy of biomedical engineering,” his family said in an obituary.

He was also a consultant on the team that created the UPC barcode. Murray Eden chose the font for the UPC code, and it was his idea to add numbers to the bottom, a failsafe system in case the code reader was down, his daughter said.

Murray Eden was born in New York in 1920, into a family of Russian Jewish immigrants.He studied at City College of New York and got a masters in chemistry at the University of Washington.

He worked at Princeton during World War II, and with the National Institutes of Health after the war as a biophysicist at the National Cancer Institute and later the National Heart Institute.

Murray Eden was an electrical engineering professor at Massachusetts Institute of Technology from 1964 until his retirement in 1979. There, he co-founded the Cognitive Information Processing Group, where he and a group of graduate students did research on pattern recognition, human sensory and image processing, his obituary says.

He consulted on research and development for the director-general of the World Health Organization, spending part of his summers between 1963 and 1992 in Geneva, Switzerland, Abby Eden said.

Murray Eden was an educator at his core, Abby Eden said. He enjoyed teaching his daughters about the way things worked, and would explain things using child-friendly language so they would understand processes like metabolism, she said.

Music was a big part of Murray Eden’s life, his daughter said. He met his first wife, Sara Baker, Abby Eden’s mother, at the University of Maryland, where they were members of the same choir.

Murray Eden spent the last 10 years of his life in Tucson and joined the University Community Chorus at the University of Arizona. He was the oldest member of the choir, which has more than 100 members.

“He sang with them until really he couldn’t see the music anymore. His eyes couldn’t focus on the music anymore and he couldn’t hear the conductor’s instructions anymore because his ears had gotten so bad,” Abby Eden said. “But he loved singing and he told me, really, that last year he essentially made it up as he sang along.”

An August, 2020, heatwave continued into a second week in Tucson and throughout Arizona. Tucson broke a record with a high temperature of 111-…

Murray Eden (center) is with his daughter, Abby Eden and son-in-law, Bill Hamm, at his summer home in Cherryfield, Maine. Murray Eden died in early augut. He was 99.

After moving to Tucson, Murray was fond of eating Cholula on his morning oatmeal, his daughter Abby Eden said. This photo was taken at his summer home in Cherryfield, Maine.