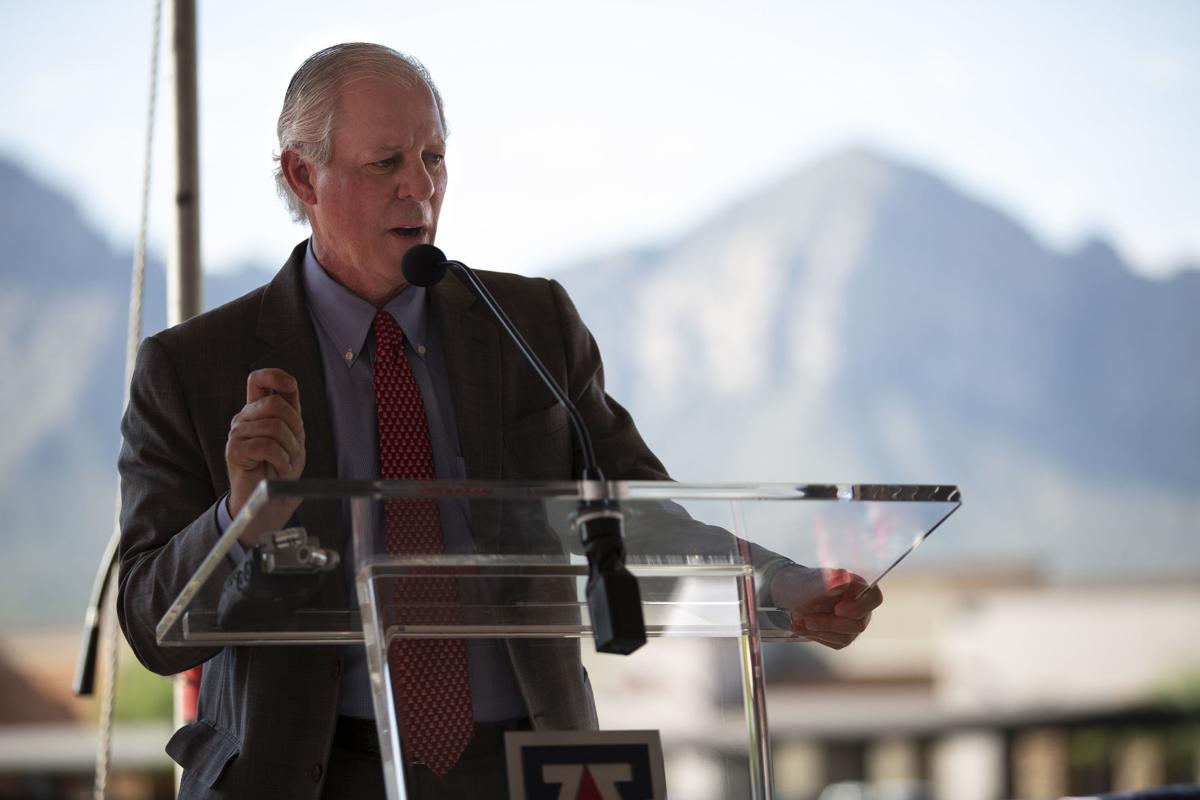 A group of Native American students said they were offended by remarks made last month by UA President Robert C. Robbins, who said he had tried to prove his Cherokee ancestry. 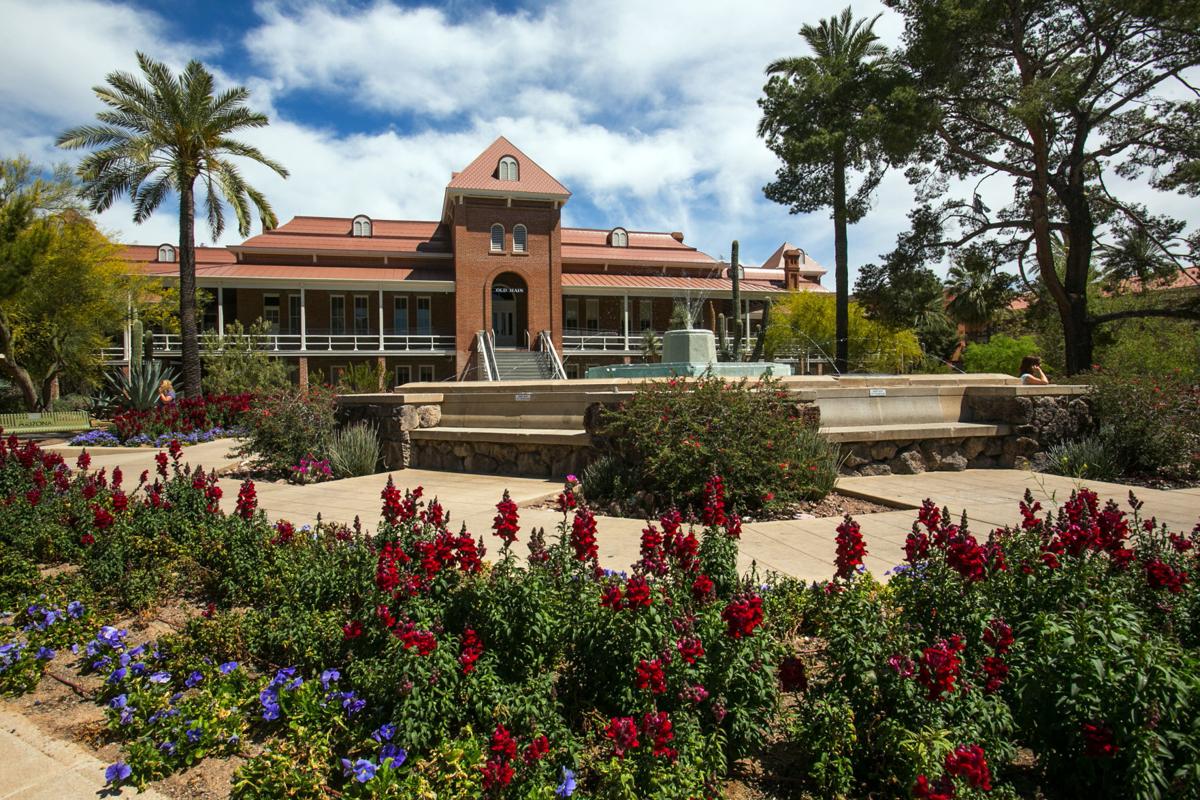 President Robbins issued a statement saying he plans to meet with the Native SOAR class.

A group of Native American students at the University of Arizona issued a letter Sunday describing an interaction with President Robert C. Robbins in which they said he made culturally insensitive comments.

The group demanded that Robbins apologize in person for his remarks. Robbins said late Monday he plans to meet with the group of students Tuesday, Nov. 5, and apologize.

According to the letter, students were engaged in a Native Students Outreach and Resiliency class outside of Old Main on Oct. 3. After unexpectedly joining the class, the letter says Robbins spoke with students about his own ancestry.

According to the group, he told students he had taken a DNA test to prove his Cherokee ancestry, and when the test results came back negative, he said he planned to take another test to double check “because of his ‘very high cheekbones.’”

“That is one of the most common stereotypes that we all hear, that all Native Americans have very high cheekbones,” said UA senior Tony Viola, who is in the SOAR program. “So, to hear him say that was highly offensive.”

On Oct. 15, two of the students visited Robbins during his office hours and informed him the interaction had a negative impact on Native SOAR students, the letter said. Robbins allegedly apologized to the two students and agreed to make a formal apology to the entire group, which they say he has yet to follow through with.

The students said they made several attempts to schedule a meeting with the president’s office before they released the letter, but nothing was ever confirmed.

“The remarks made by President Robbins and the lack of follow up from his office reflects a larger systemic issue where Native American voices, experiences and concerns are overlooked and disrespected. As a group of individuals from the Native SOAR class, we have decided to exercise our right to use our voices to increase our visibility and create lasting change,” the letter said.

The letter, which was written by a group of students who call themselves the Voices of Indigenous Concerns in Education, or VOICE, also lists a number of demands that they are asking Robbins and other university leaders to agree to.

The demands include a formal apology from Robbins to the student of Native SOAR and the larger Native American community, the development of a sustainable structure for ongoing meetings with students, faculty and staff to receive input, the creation of a new position with the UA’s senior leadership team to reflect the interest of tribal communities, the inclusion of more people from minority communities in his senior leadership team, and support for the growth of Indigenous-focused programs on campus.

According to Viola, the comments made by Robbins are just some of the many experiences Native American students face every day.

“We were also hurt because nobody really understood why we were offended by this whole altercation. They just thought it was whatever,” he said. “But nobody really knows what it’s like to be Native American and try to go into higher education and what we have to go through.”

For graduate students Amanda Cheromiah and Felisia Tagaban, campus-wide change needs to be made, not only for Native American students but for faculty and staff who are being marginalized as well.

“They’re expressing the exact same marginalization and isolation that we have encountered as students,” said Tagaban, who also serves as a graduate assistant for Native SOAR. “So, when you create an administrative climate that is not representative of the students or even the entire population on our campus, these types of events are an occurrence for all of us from the top down.”

The students said the goal is to hold the administration accountable and to not only have conversations, but to ensure that action is taken.

“I’ve been here for nine years as a student and I am invested in this community. I could have gone to all of these other schools, but no. I’m a Wildcat,” said Cheromiah who also serves as the director for Native SOAR. “So, that’s why it hurts so bad. I’m like ‘what am I doing here? Do I even want to be here to finish my doctorate degree if these sentiments are expressed by one of our leaders?’”

The students said they were contacted last week by two members of the president’s senior leadership team to set up a meeting for Monday. Robbins was present at the meeting, the students said.

According to Tagaban, Robbins apologized and again expressed his intention to issue an in-person apology to the entire Native SOAR class. He also explained that there was a disconnect between him and his scheduler, which was why a meeting had not already been made.

President Robbins issued a statement Monday night saying he plans to meet with the Native SOAR class Tuesday, Nov. 5, to convey his belated apology and express that he values their presence on campus.

“I want to extend my sincere apology for my comments made during a SOAR class in early October and their impact,” he said in the statement. “Today, I met with two Native student leaders and it was humbling to hear their perspectives and concerns. I learned a great deal about the impact of my words and want to learn more.”

The students say they will also be attending Tuesday’s Campus Conversation meeting, which is a series of scheduled town hall-like events created by Robbins in the spring following an incident where three UA students were arrested after an encounter with Border Patrol agents on campus. This will be the second Campus Conversation to take place and the first this semester.

“We ask the administration to join us in healing,” Cheromiah said. “We wanted to show the factual account of what happened and the impact it had on our students, our families, our communities and this is what we seek for change.”

Chairman of UA's anesthesiology department steps down over leadership concerns

Dr. Randal Dull will remain as tenured professor and physician at the UA.

Change is to improve results for university in online searches.

UA Pride of Arizona performance gets love from band No Doubt

A University of Arizona Pride of Arizona marching band performance has received shoutouts from four members of the band No Doubt.

The person trapped in a trench collapse died Tuesday at a construction site on Tucson's north side, according to the Tucson Fire Department.

Alpha Epsilon Pi has lost access to UA facilities and resources and cannot participate in university events until May 2025.

Board of Regents extend contract of UA President Robbins

Vote is expected Thursday as regents meet in Tucson.

Former pledge member claimed he suffered a chemical burn in his eye and a blood infection during a hazing incident in April.

A group of Native American students said they were offended by remarks made last month by UA President Robert C. Robbins, who said he had tried to prove his Cherokee ancestry.

President Robbins issued a statement saying he plans to meet with the Native SOAR class.