The ritual, in which would-be purchasers could take a whiff of the merchandise before buying, has been discontinued as dispensaries adopt precautions against COVID-19 while coping with a sudden rush of customers.

The sniff jars are now closed at those stores and staffers are wearing protective face masks on the job.

“You’ve got people stocking up on hand sanitizer and toilet paper and we’ve seen some of that same behavior with cannabis,” Asnani said. “We weren’t anticipating this level of buying.”

He said his employees have been on a cleaning spree, regularly wiping down counters, ATMs and ordering kiosks with disinfectant. He also has ordered “hospital-grade” air purification systems, he said.

Each site has a full-time person assigned to disinfecting the premises, she said. Flower-sniffing was discontinued some time ago.

Puchi-Saavedra said “mobs” of patients have descended on her store parking lots — forced to wait their turn outdoors because, per federal crowd-size recommendations, she no longer allows more than 10 at a time inside.

“Most patients are very grateful and thankful,” for the steps being taken to protect their health, she said. Others “are angry about what’s going on. And maybe they are scared.”

To avoid long lines, her shops are switching to an online and telephone ordering system, one that sends patients a text when their orders are ready for pickup. Several other local dispensaries have also indicated on their websites that they are moving to online ordering.

Pima County is home to almost 31,000 registered medical-marijuana patients, according to the Arizona Department of Health, which oversees the industry. Cancer, chronic pain and post-traumatic stress disorder are among the top conditions for which cannabis was prescribed.

The industry has become a sizeable local employer since 2010, when medical marijuana became legal in Arizona.

Nearly 700 county residents hold a special state license required to work in jobs that put them in direct contact with cannabis, and a few hundred more work in administrative support jobs.

Sam Richard, executive director of the Arizona Dispensary Association, whose members include many of the 15 or so dispensary owners in Pima County, said the group has been sharing best practices for keeping customers and employees safe.

Many have adopted the sanitizing procedures recommended by the U.S. Centers for Disease Control and Prevention, he said.

Richard said the recent spike in demand has been statewide.

“The governor said the only thing you are recommended to stock up on is prescription medicine,” Richard said. “For a quarter-million patients around the state, cannabis is their medicine. It’s something they depend on.”

Some of the “panic buying” may be because patients fear the supply could dry up, Richard said, but he doesn’t see that happening any time soon.

Assuming demand returns to normal, the supply now in the pipeline should last until the end of summer, he said.

“This is a huge swell in demand, and the question is, is it temporary or permanent?” Richards said.

He suspects it’s temporary and that cannabis patients who stocked up during the rush won’t be coming around as much afterward.

Reporter Carol Ann Alaimo can be reached at 573-4138 or calaimo@tucson.com. On Twitter: @AZStarConsumer

The most immediate problem is a sudden loss of volunteers, some of whom have been told to stay away because of their age or other risk factors.

Beyond revenue, one of the greatest losses theater organizations and actors are feeling is the community of live theater.

Danger of exponential spread must prompt urgent measures, according to two University of Arizona professors.

The crash happened shortly after 4:30 p.m. Friday in the area of East Prince Road and North Campbell Avenue.

Jack Masterman, 89, fell at their Tucson home and developed pneumonia. He's trying to get to a skilled nursing rehabilitation center near their home, but needs to test negative for COVID-19 first.

Sofia Hurtado, 17, sent text message to friend in Mexico saying she "was not safe and needed help," Tucson police said. 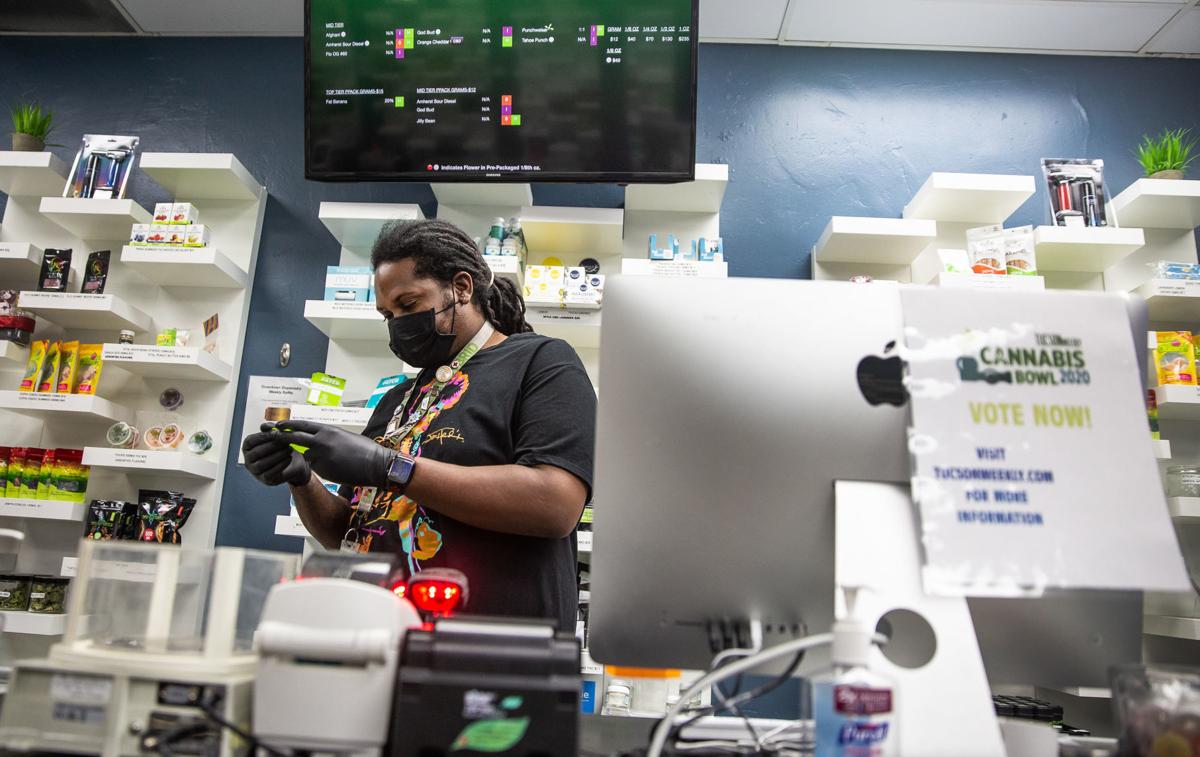 Rashad Stocker prepares an order at the Downtown Dispensary, 221 E. Sixth Street. Employees at the dispensary are now required to wear masks, one of several safety precautions implemented due to the coronavirus pandemic. 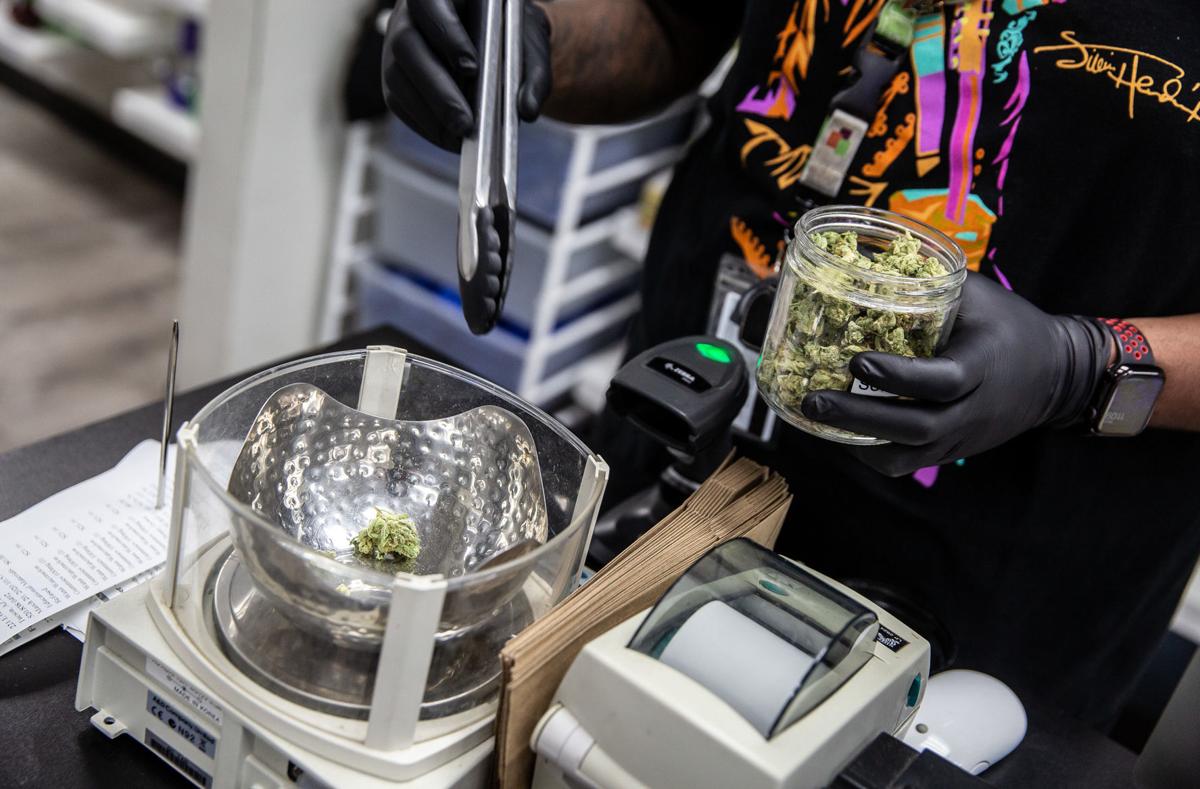 Another safety precaution is to no longer allow customers to smell jars of marijuana prior to a potential purchase. 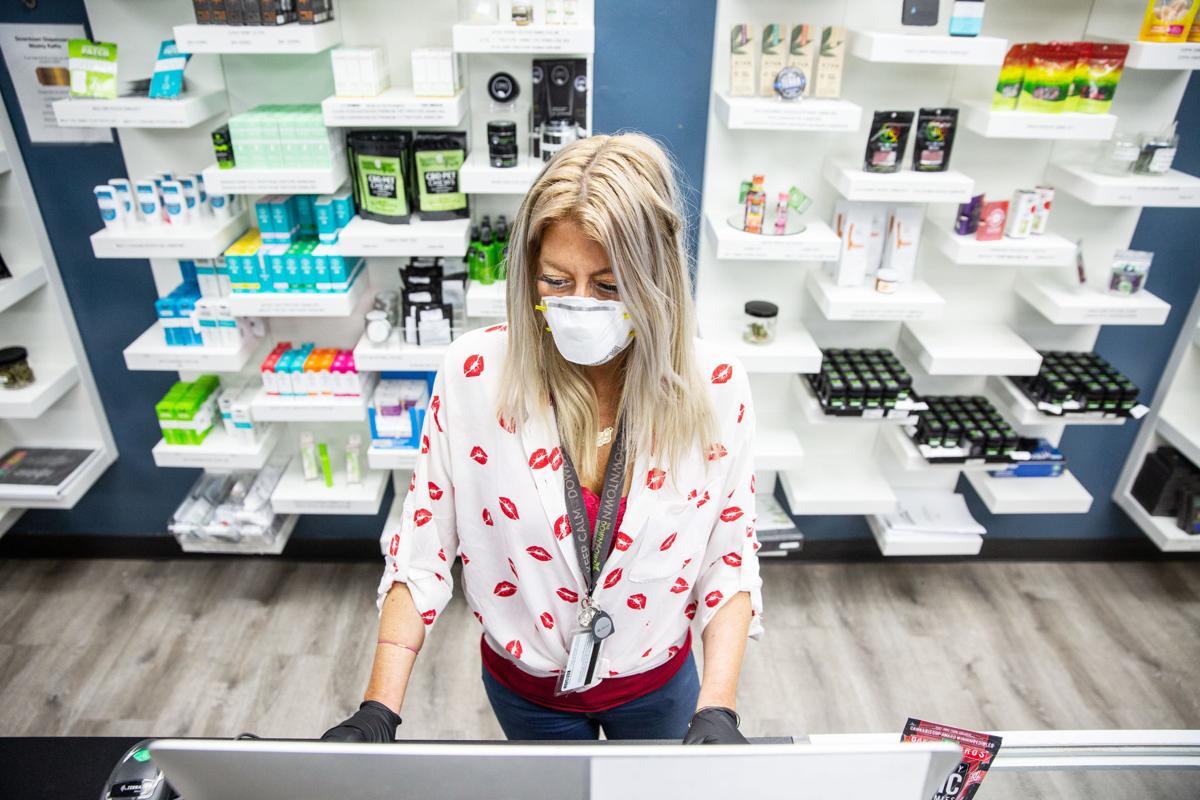 Lacy Tritz prepares an order at the Downtown Dispensary located at 221 E 6th Street, on March 20, 2020. Employees are now required to wear masks at the dispensary and customers will now order at the front desk or online.