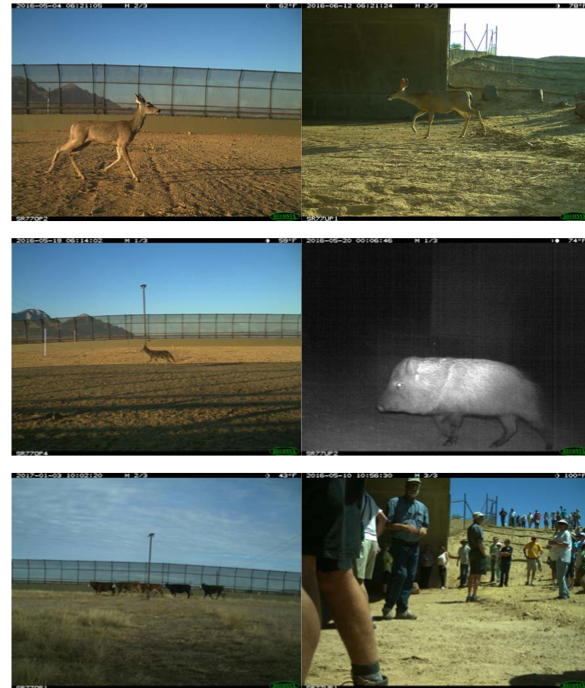 Photos show some of the wildlife, cattle and humans at crossings on North Oracle Road. 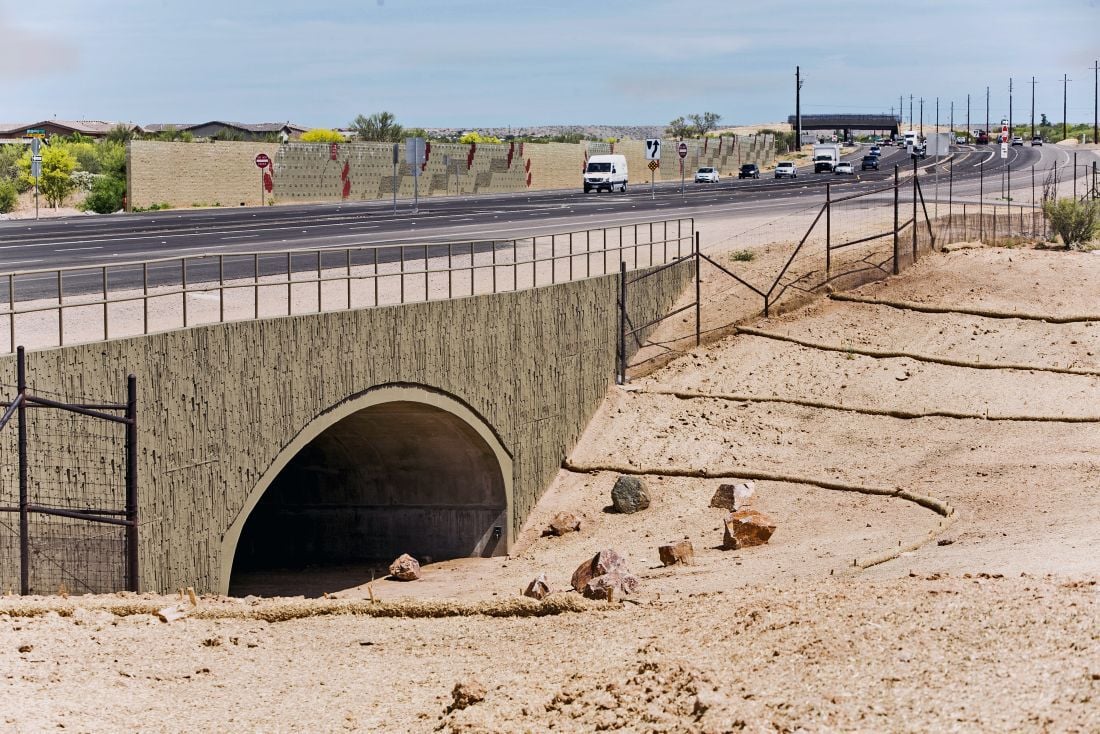 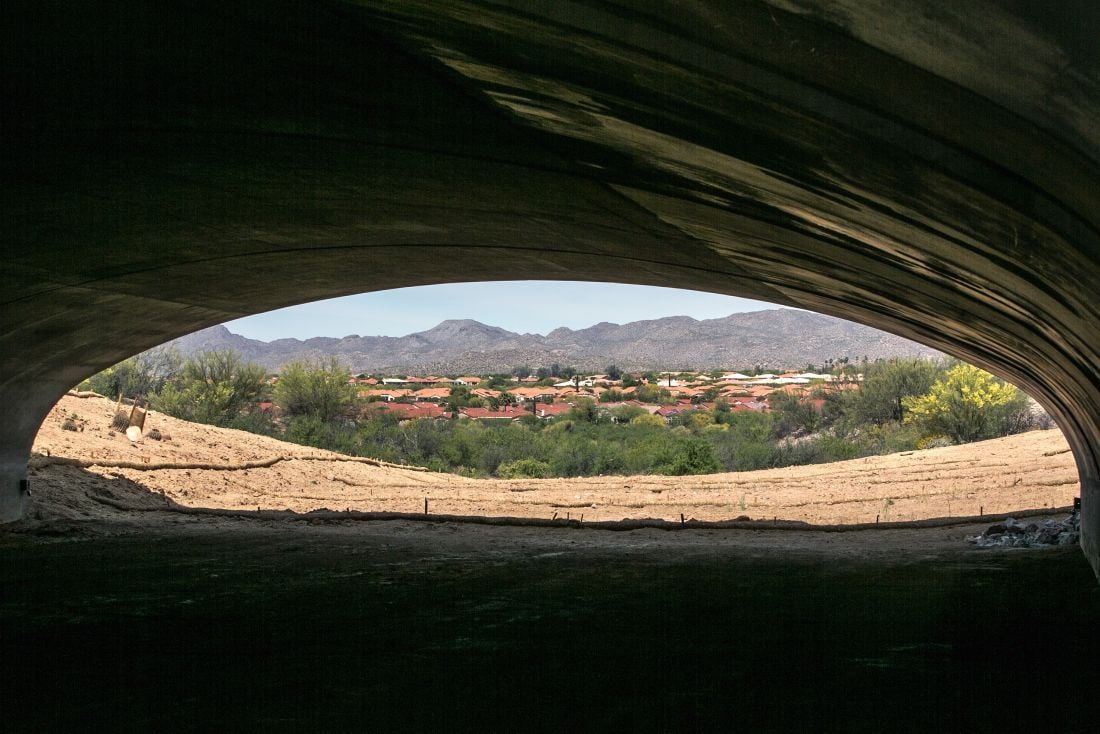 We don't know why they cross the road, but wildlife near Oro Valley have been using a new animal crossing on North Oracle Road with regularity.

The Arizona Game and Fish Department recently released a report to the county about the number of animals using a newly open wildlife crossing on Oracle Road, north of Tucson.

From April 2016 to January 2017 1,182 animal crossings, involving 13 species, were documented at the wildlife overpass and underpass crossings on Oracle, also known as Arizona 77.

Deer are the heaviest users with 565 total crossings, with coyotes crossing 303 times, javelinas 250 times  and bobcats 57, according to the Game and Fish report.

The report said deer prefer to use the overpass crossing with only 20 deer choosing to use the underpass. Javelinas and bobcats appear to prefer using the underpass in greater number.

Coyotes mainly crossed in the underpass, with 191 crossings, but there were also 112 coyote crossings on the overpass.

The $9.5 million wildlife crossing opened last year to help reduce the number of wildlife killed or injured by vehicles and to help animals travel between the Catalina and Tortolita mountains. The project was part of a Regional Transportation Authority improvements plan approved by Pima County voters in 2006.

The number of crossings was part of a Game and Fish progress report presented to the Pima County Regional Transportation Authority in February. It was the initial report of a four-year study of wildlife crossings in this area.

Crossings at the overpass and underpass are tracked through wildlife cameras triggered when animals pass in front of them. Volunteers monitor the cameras and download the images, according to a county news release.

Animals weren't the only thing captured on camera — there were 220 human crossings there during the first 10 months of the study, the news release said. There were 236 crossings by cattle documented in late 2016, the report said. Game and Fish officials discussed the issue with the cattle's owner and took steps to stop access by the cattle, the report said.

"Human activity discourages wildlife use of these important crossings," said Jim DeGrood, deputy director of the Pima Association of Governments, which oversees the RTA. "People can unintentionally scare off wildlife by their presence or sign, so we ask the public not to approach these crossings."

The report also mentioned that all the cameras at the crossing's underpass were stolen in late 2016, but have since been replaced by cameras placed in vandal-resistant boxes attached to the ceiling of the underpass.

A hiker happens across wandering bighorn — and captures some close-range photos.

Work will halt until June, when final asphalt, striping will be done.

Tucson woman gashed by javelina while walking dog in Foothills

Second attack that has caused injuries in two months in Tucson area.

Photos show some of the wildlife, cattle and humans at crossings on North Oracle Road.