Advocates for people with intellectual disabilities are concerned that those with Down syndrome, cerebral palsy, autism and other such conditions will be denied access to lifesaving medical treatment as the COVID-19 outbreak spreads across the country.

Several disability advocacy organizations filed complaints this week with the civil-rights division of the U.S. Department of Health and Human Services, asking the federal government to clarify provisions of the disaster preparedness plans for the states of Washington and Alabama.

The advocates say the plans discriminate against people with intellectual disabilities by deprioritizing this group in the event of rationing of medical care — specifically, access to ventilators, which are in high demand in treating COVID-19 cases.

More than 7 million people in the U.S. have some form of cognitive disability.

Some state plans make clear that people with cognitive issues are a lower priority for lifesaving treatment. For instance, Alabama’s plan says that “persons with severe mental retardation, advanced dementia or severe traumatic brain injury may be poor candidates for ventilator support.” Another part says that “persons with severe or profound mental retardation, moderate to severe dementia, or catastrophic neurological complications such as persistent vegetative state are unlikely candidates for ventilator support.”

Other plans include vague provisions, which advocates fear will be interpreted to the detriment of the intellectually disabled community. For instance, Arizona’s emergency preparedness plan advises medical officials to “allocate resources to patients whose need is greater or whose prognosis is more likely to result in a positive outcome with limited resources.” Between a person with cognitive difficulties and a person without them, who decides whose needs come first?

Medical triage always forces hard decisions about who lives and dies. For instance, older people with shorter life expectancy or those with severe dementia are often deemed less deserving of scarce medical resources than younger, healthier individuals. The state plans make clear that the fate of those with intellectual disabilities is part of the wrenching debate.

HHS officials said they are opposed to rationing care for people with any kind of disability.

“Persons with disabilities should not be put at the end of the line for health services based on stereotypes or discrimination, especially during emergencies. Our civil-rights laws protect the equal dignity of every human being from ruthless utilitarianism,” said Roger Severino, the director of the agency’s civil-rights office.

“What we’re seeing here is a clash between disability rights law and ruthless utilitarian logic,” said Ari Ne’eman, a visiting scholar at the Lurie Institute for Disability Policy at Brandeis University. “What this is really about at the end of the day is whether our civil-rights laws still apply in a pandemic. I think that’s a pretty core question as to who we are as a country.”

Advocates and families of those with intellectual disabilities say their community is especially vulnerable to the disease because many of those with significant impairments live in group homes or other congregate settings.

It can sometimes be difficult for people with intellectual disabilities to understand the pandemic and its demands, such as the need to wear masks and heightened protocols for social distancing and hand-washing. The death of Emily Wallace, a 67-year-old with Down syndrome in a group home in Georgia, was an early warning sign of the dangers facing the community, advocates say.

She was taken to a local hospital where she died alone.

“Mrs. Wallace is once again the first, but this isn’t what we wanted to celebrate,” said Stacey Ramirez, state director for The Arc of Georgia, a nonprofit advocacy group that serves people with intellectual disabilities.

Emily and Richard Wallace were married for 18 years. A 1992 story in the Albany Herald depicted their life as happily domestic, mentioning that Richard hated to vacuum, while Emily didn’t like to dust, and that she did most of the cooking while he raked the leaves. They made payments on their home and both held down jobs. After Richard, who also had Down syndrome, died in 2018 at 65, Emily moved to a group home operated by The Albany Arc.

After a caregiver apparently brought the coronavirus into the home, Wallace fell ill. So did another resident, who was hospitalized.

Emily Wallace had a do not resuscitate order, so a ventilator would not have been an issue even if care were being rationed, said DeAnna Julian, executive director of The Albany Arc.

But as more people are getting sick, Julian said she worries that not enough testing for the virus is being done in Albany. She’s seeing individuals — both with and without intellectual disabilities — who appear to have mild symptoms of COVID-19.

“They’re just turning them around and sending them home, they’re putting them on” antibiotics, she said. “We live here in southwest Georgia where right now, all the cars are covered in yellow pollen and everyone has some kind of seasonal allergies. … Is it just your springtime cold or is it COVID-19?”

“It’s a difficult and critical situation here,” she said.

But no, Julian said, she didn’t see Wallace or the other group home resident receive treatment any different than anyone else. She said she wouldn’t stand for it.

“I’d take it all the way to the top, to the governor! They have every right to be treated like human beings,” Julian said.

With the Americans with Disabilities Act celebrating its 30th birthday this year, activists are questioning whether policymaking has come far enough in what some consider to be the final battle in the fight for civil rights.

In a March 18 letter to Wisconsin Gov. Tony Evers, the Survival Coalition, a group of advocacy organizations, wrote, “‘Quality of life’ has long been a pretext for denying treatment, including life-sustaining treatment, to vulnerable populations, particularly people with intellectual disabilities.”

Michael Bérubé and his wife, Janet, live in State College, Pennsylvania, with their son Jamie, who is 28 and has Down syndrome. Bérubé, a professor of literature at Pennsylvania State University and the author, most recently, of the book “Life as Jamie Knows It,” studies disability.

He was not surprised to learn about state rationing plans that single out people with intellectual disabilities and other cognitive conditions.

“It would be a very rare person who sees a person with Down syndrome as innately as valuable and as able to contribute to society as anybody else,” Bérubé said.

Pennsylvania is among those states now scrambling to write up guidelines to determine who will have access to ventilators in case of medical rationing, according to media reports.

“In two weeks, when the resources get truly stressed out, we’ll see how much of this draconian stuff goes into practice,” Bérubé said.

This article was produced in partnership with the ProPublica Local Reporting Network, of which the Arizona Daily Star is a member. ProPublica is a nonprofit newsroom that investigates abuses of power.

Photos for March 26: Tucson gets by during coronavirus pandemic

Bars, restaurants and nursing homes have closed or are practicing social distancing in Arizona. But group homes have received little guidance, putting people with intellectual disabilities at risk.

Like all of us, each person with intellectual/developmental disability, including my daughter Sophie, has a different capacity to process what’s happening.

You are invited to join us for a special, virtual event Wednesday, July 8 at 4 p.m. as artists with intellectual and developmental disabilities perform personal monologues developed at a storytelling workshop.

Please join the Arizona Daily Star and the nonprofit investigative news organization ProPublica on Wednesday, July 8, from 4 p.m. to 5:30 p.m.…

Please join the Arizona Daily Star and the nonprofit investigative news organization ProPublica on Wednesday, July 8, from 4 to 5:30 p.m. PDT,…

Community storytelling is informing our coverage of intellectual and developmental disability services. Share your story.

Journalists have not always brought people with intellectual and developmental disabilities into the conversation. We’re trying to change that with our investigation into Arizona's disability services. But we need your help. — Beena Raghavendran and Maya Miller,  ProPublica, and Amy Silverman, Arizona Daily Star 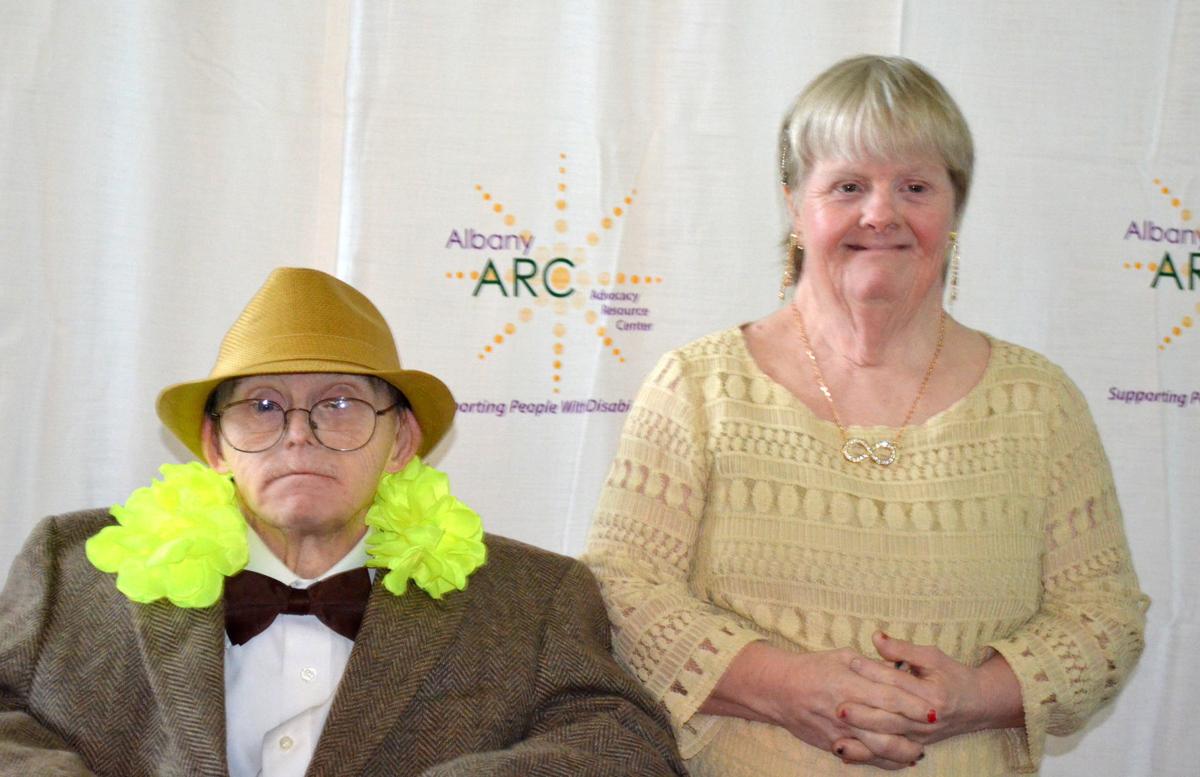 Georgia couple Richard and Emily Wallace, both with Down syndrome, were married for 18 years. Richard died in 2018. Emily contracted COVID-19 and died in mid-March. 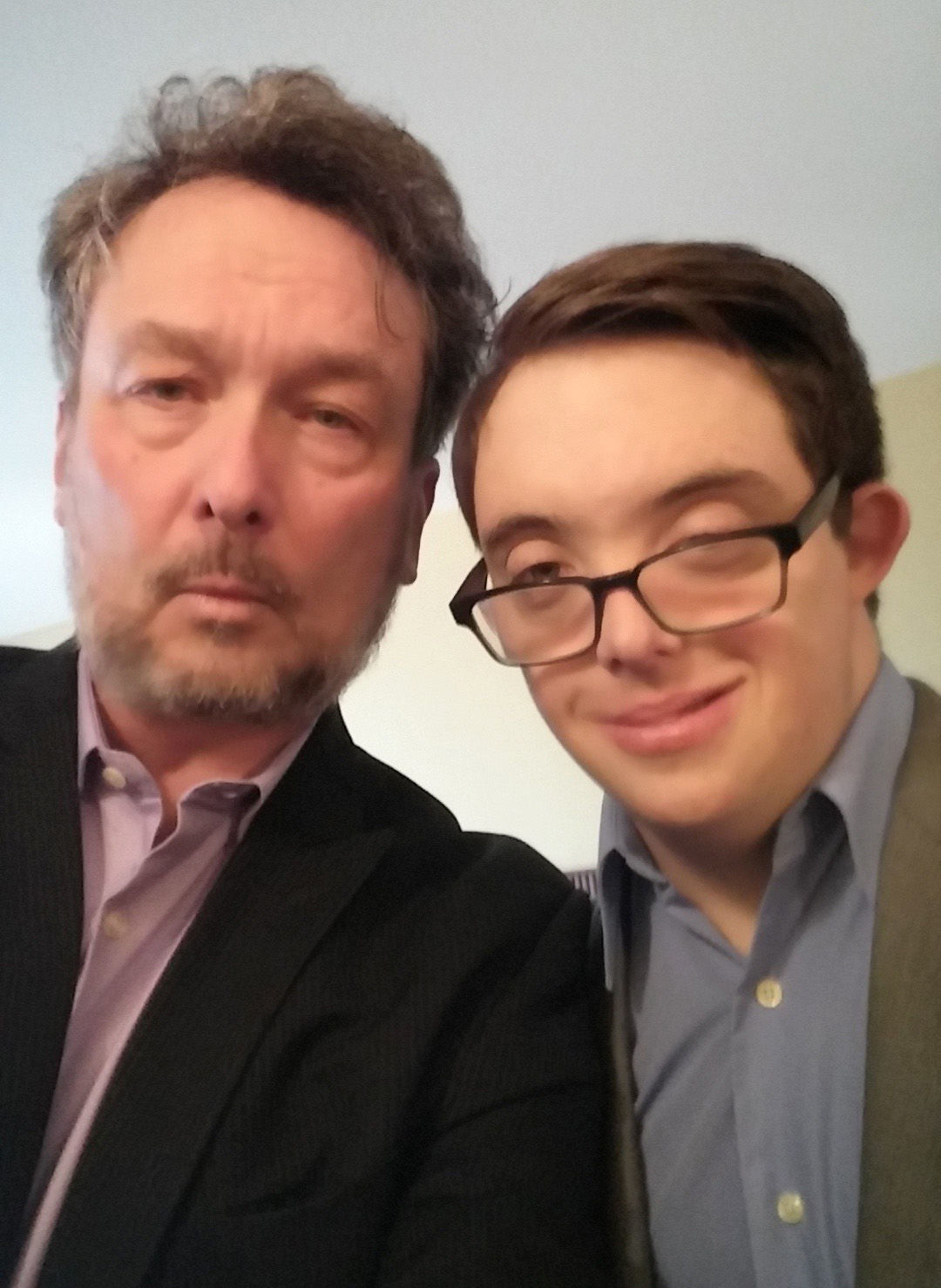