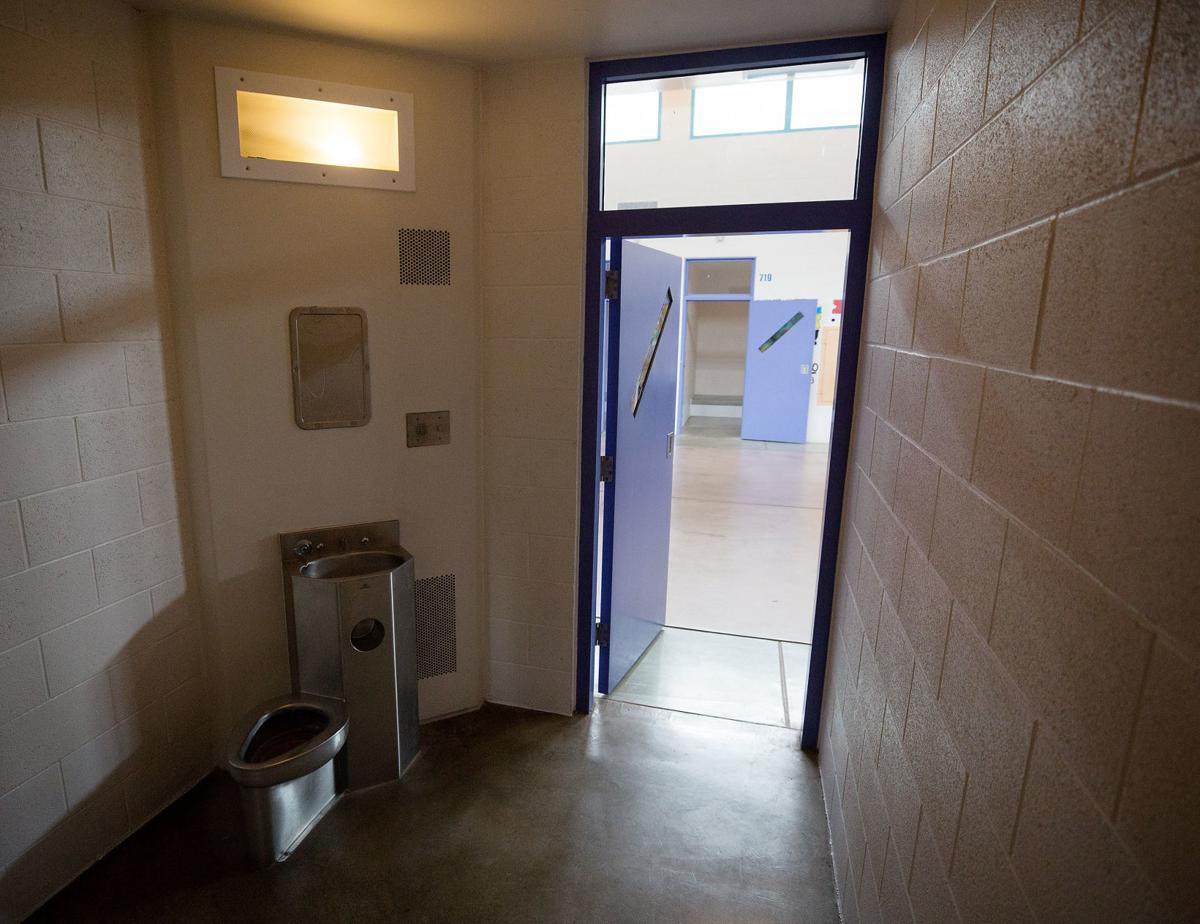 Undeterred by a lawsuit seeking to block her from shelters serving migrants, Jennifer Harrison paid a visit Tuesday to the Tucson shelter operated by Catholic Community Services.

Laughter makes sense when you’re in the secure confines of the Tucson City Council chambers and you see someone stand up, tug her tight shorts out from where they’re stuck, and yell, “You’re in direct violation of the oath you took to the United States Constitution, Mayor Rothschild.”

But sadly, our lives aren’t playing out in secure confines — they’re happening in the United States of America, circa 2019.

And there are any number of Jen Harrisons out there using social media to spread an angry, alarming political message about immigrants and the border.

Then there are the select few who take the same message and go off completely. We learned Friday that the killer in El Paso told police there that he was targeting “Mexicans” in his attack. Of course, most of the 22 people he killed were Americans.

Ten years ago, Shawna Forde and two accomplices killed two members of a Mexican-American family in Arivaca in a home invasion, as part of her plan to fund her border vigilante group.

Border alarmists tend to take a seed of truth — we really do have border, asylum and immigration problems to fix — and pack around it an explosive mix of exaggerations and fears. Then they walk away and see what happens. That part isn’t very funny.

Harrison and her fellow travelers have a two-year record of trolling and harassment, often trying to provoke a reaction from leftists or get in the faces of migrants or Muslims. She was a member of Patriot Movement AZ, a small group of provocateurs that traveled the state until earlier this year, when she and a few others split off and called themselves AZ Patriots.

Some of their provocations have been infuriating. Demonstrating in front of the state Capitol in 2018, they repeatedly asked dark-skinned staffers and legislators if they were in the country legally. One of them was Rep. Eric Descheenie, a Navajo from Chinle.

Yes, some of what they do is so stupid it’s laughable, but it hurts people all the same.

Members of the group — some of them, including Harrison, armed — also demonstrated outside a Council on American Islamic Relations banquet in Mesa in November 2017, and some went to the offices of that group and snooped around, said Imraan Siddiqi, executive director of CAIR’s Arizona branch.

In March 2018, two women who had been active with Patriot Movement AZ were arrested after videotaping themselves entering and taking items from a Tempe mosque. Disowned by the group, both pleaded guilty to aggravated criminal damage.

The words of one of those women, Tahnee Gonzales, are instructive. She acknowledged after her sentencing in June that she had been misled: “I was taken by the sensationalism of the media coverage on a conservative media outlet,” she said. “I am deeply remorseful for my actions that brought my misdirected passionate patriotism into question.”

Harrison and her confederates have shown no such introspection, adjusting to the wave of migrants from Central America this year by confronting people at churches and shelters serving them in Phoenix and Tucson. She’s also filmed herself taking water from water stations put out for border crossers in need.

In June, a group of Phoenix churches and the Southern Poverty Law Center sued Harrison and 11 others, seeking an injunction to block them from harassing and intimidating people at the shelters.

Undeterred, on Tuesday Harrison filmed herself at the new shelter operated by Catholic Community Services at the Pima County Juvenile Court Center.

A similar thing happens to Meyer, the Marana-area resident known better by his middle names Lewis Arthur. Except in Meyer’s case, the 911 calls tend to lead to charges, and the charges tend to stick.

Meyer, who founded the disbanded Veterans on Patrol homeless camp near Santa Rita Park, has faced at least eight different local criminal cases since 2015. Most of them were nonviolent misdemeanors such as trespassing or disorderly conduct, but he was convicted of a misdemeanor assault for pepper-spraying a man in Santa Rita Park.

Having pleaded down a previous felony trespassing case to a misdemeanor, Meyer was on probation in that case when he was arrested last week on new felony charges.

Those burglary charges, which accuse him of stealing Humane Borders water tanks, led to Meyer having his probation revoked, keeping him in the Pima County jail for now.

What’s motivating Meyer, as he’s documented in numerous videos, is his certainty that criminal cartels are trafficking children for sex across the Arizona-Sonora border, coordinating with Humane Borders and using their water tanks as helpful way stations. It’s a sort of corollary conspiracy theory to Q Anon and its predecessor Pizzagate, both of which contend that George Soros, the Clintons and others have spearheaded global sex-trafficking conspiracies.

Facebook and other social-media platforms give Meyer, Harrison and others the ability to function like their own news media outlets.

When Harrison did a Facebook Live video of her stop at the new migrant shelter in Tucson, it received 25,000 views on Facebook. That can have a broader social impact.

It’s one of the reasons the FBI concluded in a recent memo that conspiracy theorists and other domestic extremists pose a threat for criminality and violence. Social media gives them as big an audience as they can build. The memo, written by the Phoenix FBI office in May but revealed by Yahoo News this month, says:

“The FBI assesses anti-government, identity based and fringe political conspiracy theories very likely motivate some domestic extremists, wholly or in part, to engage in criminal or violent activity. This assessment is based on events in which individuals committed crimes, plotted attacks, or successfully carried out deadly violence and who — either before or after their arrests — attributed their actions to their conspiratorial beliefs.”

Now, one of the country’s experts on extremism, Mark Pitcavage of the Anti-Defamation League’s Center on Extremism, warned me Friday that we can easily exaggerate the threat posed by angry, politically motivated people we disagree with.

“I think we have to start from the acknowledgment that most people are not threats, rather than assume that everything or everybody is a real threat,” he said.

But the problem is we don’t know who else is getting their message, and what that message is doing to the audience. People motivated by conspiracy theories have committed a series of crimes, as the FBI memo and news stories have noted.

“I don’t think Jennifer Harrison is going to show up someplace with a gun and start shooting,” she said. “It’s the thousands of followers she has that concern me.”

That, sadly, is nothing to laugh at..

Way to blow your limited credibility, Mr Steller. Pray tell, what on earth does this woman's apparel have to do with the issue? Not only was y…

I find it laughable that he thinks that enforcing the laws of our nation is a joke but she is the dangerous one. She makes her point without v…

The video posted Monday had more than 4 million views by Tuesday afternoon.

Undeterred by a lawsuit seeking to block her from shelters serving migrants, Jennifer Harrison paid a visit Tuesday to the Tucson shelter operated by Catholic Community Services.