Jaime Arrieta was startled and then disturbed by what he saw in the night sky while in Puerto Peñasco, Mexico, over Memorial Day weekend.

The Tucson resident had brought his telescope to the vacation spot, but says he didn’t need it to see the trail of satellites that Saturday evening. Instead, Arrieta’s family and others gathered on the beach and gazed up as 30 or so satellites went by.

What Arrieta saw were among the 60 satellites launched May 23 from Cape Canaveral Air Force Station by SpaceX, or Space Exploration Technologies, a California-based company owned by tech entrepreneur Elon Musk.

This new venture, a chance for Musk to offer internet service to people worldwide to the sum of billions, is of serious concern to those who work in astronomy.

This could lead to tens of thousands of satellites in low-Earth orbit.

After reading about this online, Arrieta began to wonder if his stargazing days are over.

“That’s the first thing that went through my mind,” he said last week, back in Tucson. The satellites looked like they were traveling along a skyway, he said, and reminded him of something from “Star Wars.”

“They were bigger and brighter than most satellites I’ve seen.”

A LOT OF UNCERTAINTY

Protecting the night sky has been the objective of the International Dark-Sky Association since it was formed back in 1988.

The goal is not only to preserve the ability to study and photograph the cosmos, but also to protect nocturnal wildlife that relies on the night sky for navigation in ways that are not fully understood.

In an email to the Arizona Daily Star, SpaceX spokeswoman Eva Behrend wrote that the “observability of the Starlink satellites is dramatically reduced as they raise orbit to greater distance and orient themselves with the phased array antennas toward Earth and their solar arrays behind the body of the satellite.”

In other words, the higher they go, the less the sun will hit them and the fewer people on Earth will be able to see them.

“At this point, all 60 satellites have deployed their solar arrays successfully, generated positive power and communicated with our ground stations,” Behrend wrote, referring to the success of the May 23 launch.

Right now, there’s a lot of uncertainty about what these satellites will mean, said Amanda Gormly, director of communications with the International Dark-Sky Association.

“Obviously, we are concerned about the visibility (of the satellites),” she said. “This is about something we value very deeply.”

Gormly pointed out that there are several other organizations and corporations, in addition to SpaceX, already planning to launch more satellites as part of a “new frontier” in technology.

“What we are really concerned about is the rapid increase of these satellites, which could fundamentally change the way we experience the night sky,” she said.

Nocturnal animals, including migratory birds, use the night sky to find their way around, she said.

“What we don’t understand is exactly how deeply this will impact those animals,” she said.

Both Gormly and Adam Block, an astronomy researcher with the Steward Observatory at the University of Arizona, point out there are already many satellites in orbit, but the pace of launching them has been slow and measured.

Satellites are illuminated by the sun, Block said, “and those in low-Earth orbits can typically be seen just before dawn or after sunset with most being invisible as the Earth eclipses the sun and puts them into shadow during the middle of the night.”

For scientists, the introduction of these satellites could range from being a nuisance to preventing them from being able to successfully complete their work.

“Some observations use multiple exposures of the sky and the effects of the satellites in the data can be minimized,” Block said. However, “If you were to take long exposures with your camera, they are going to show up.”

Giving thanks for Tucson being the astronomy capital of the world

Give thanks for dark skies.

Gaze upward, give thanks for Tucson’s night sky

Astronomers can give thanks for Tucson's dark skies.

Steward Observatory is a bigger tribute to her husband than Lavinia Steward ever imagined.

While we've felt the Tucson heat this past week, temperatures are still a few degrees below normal in the first week of June, according to the…

Explore deserts, canyons and mountains around Tucson on these trails.

A man was airlifted to a hospital Sunday night after suffering injuries in a motorcycle crash along Catalina Highway, an official said.

Heads up: Lane closures continue for westbound I-10 near Prince Road this week

Motorists should prepare for delays on Interstate 10 between Miracle Mile and Ruthrauff Road as crews continue pavement work Monday night. 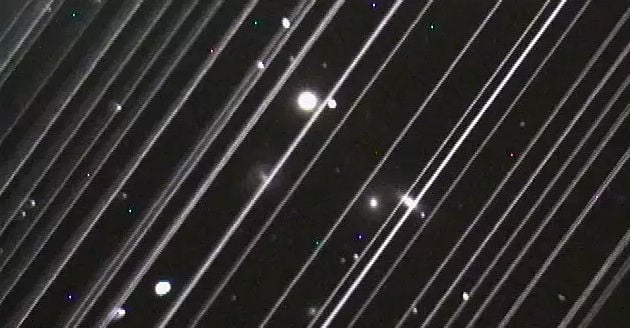 This image of the NGC 5353/4 galaxy group was made with a telescope at the Lowell Observatory in Flagstaff on May 25. The diagonal lines running across the image are light trails left by the Starlink satellites passing through the telescope’s field of view. 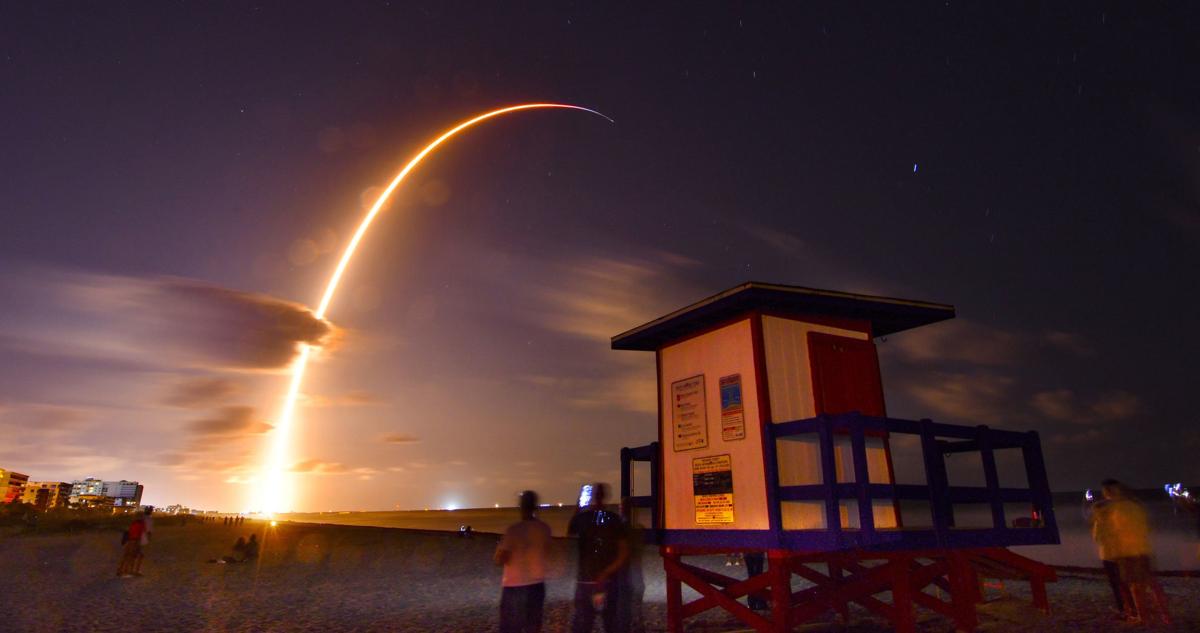 A Falcon 9 SpaceX rocket with a payload of 60 satellites for SpaceX’s Starlink broadband network, seen in a 149-second time exposure, lifts off from Space Launch Complex 40 at Florida’s Cape Canaveral Air Force Station on May 23.