Six years ago, artist Rudy Flores and his wife Teresa Estrella turned 300 members of the Tucson community — your friends, neighbors and coworkers among them — into little green action figures for an installation that they called the Army Man Project.

Named for the plastic soldier toys you played with as a child, the collection featured a feast of local characters, people like silversmith Alex Streeter, fire dancer Jill Hofer and Tucson chef and restaurant owner Lindy Reilly. They went on exhibit at several venues around town, starting at the now-closed Wee Gallery in 2017.

Lisa Hastreiter-Lamb, executive director and curator at the Mini Time Machine Museum of Miniatures on East Camp Lowell Drive, said the Army Man Project was very popular when it debuted there in 2017.

“People came in specifically to see their figure or say, ‘Hey, I saw that person!’,” Hastreiter-Lamb said. “We had postcards produced when we did the original show. We still have some of them in the museum store and they sell on a regular basis.”

Now, amid a pandemic that has seen many Tucsonans changing jobs, picking up new hobbies and living in isolation for months on end, Flores and Estrella have been enlisting a new round of participants for their Army Man Project Vol. 2.

Nearly 100 Tucsonans from all walks of life have already stepped up to become immortalized in a 3-inch figure. One set they purchase (prices range from $68 for one person to $285 for five); a second set goes to the Mini Time Machine Museum for an exhibit that launches on Jan. 11 and runs through May 22.

Flores saw creating a new generation of characters as a way to bring the community together during trying times.

He also wanted to connect with community members himself, having recently parted ways with Cook & Company Sign Makers, where he worked, most recently as a graphic designer, for the past 24 years.

“I wanted to create something that we could all remember and share,” Flores said. “I had more time on my hands. I could do it the way I wanted to do it; collaborate with all kinds of different people.”

Once Flores posted the announcement about Vol. 2 on his personal Facebook page, it didn’t take long for willing participants to respond.

When photographer Kathleen Dreier saw her friend, fellow photographer and gardener Nicci Radhe, post a photo of her Army Man figure on social media, Dreier immediately went to Flores’ website to sign up.

Dreier remembered how much she loved when Flores came out with Vol. 1. She recently invited Flores to her Tucson home where he scanned her from head to toe using his iPad and special software; her stance: standing with a camera around her neck and another in her raised right arm.

“Being a person who is carrying a camera all the time and documenting other people, it was a great opportunity to be documented,” Dreier, 61, said. “This was a fun way to communicate a little bit to whoever the viewer is about my own history.”

Flores said the methods of making the Army men figures are more streamlined this time around.

Flores and Estrella are now using a resin 3D printer instead of a filament printer, which cuts down on production time.

“With the filament printer, each figure took eight hours to print,” Flores said. “With the new printer, we can print 10 people in about four hours.”

While they scanned people for Vol. 1 at their former basement art studio downtown, they now take the scanning process to their subjects’ homes and workspaces.

“Sometimes we meet them in the park, all kinds of places,” Flores said. “You get a better sense of a person when they are in their own surroundings.”

Finally, Flores and Estrella expanded their search to include people outside of their sphere.

“Last time, we were doing it from our studio,” Flores said. “So, we would spend a lot of time downtown going to restaurants and bars. We would get acquainted with people and ask them to come down and be part of it.”

They opted this time to reach out to the community at large.

“We knew if we started selecting people we were familiar with, we were going to miss out on a lot of really incredible experiences,” Flores said. “A lot of one-on-one time with people we would probably not meet otherwise.”

That includes local cosplayers, musicians and cyclists, all of whom signed up through the couple’s website hexandhew.com.

“There have been a lot of bicycles,” Flores said. “I learned in this series that for many of the cyclists, it is not just a prop. It is an extension of who are are and what they do.”

When Flores came to the Mini Time Machine Museum to pitch a second exhibit, they were thrilled to accept, especially in light of what has happened over the last year, curator Hastreiter-Lamb said.

“People are emerging back into the community to be among each other again,” she said. “The army figures were always about getting to know the community and showing all these different personalities within that community.”

Flores said he and Estrella expect to continue scanning custom Army Man figures for members of the community after the exhibition is over. Flores even wants to get his 18-year-old son, Gabe Flores, involved.

“This is the kind of thing will allow him to meet and collaborate with other people in his city,” Flores said.

Find out more about the Army Man Project Vol. 2 at facebook.com/armymanproject and hexandhew.com.

Whether you're looking for WWII flight suits, midcentury furniture or "He-Man" action figures, these Tucson antique fairs have something for you.

A new Tucson auction house will shine the spotlight on antiques, collectibles

Celebrate 175 years of the Smithsonian Institute with these reads

Pick up one of these books published by the Smithsonian Institute at the Pima County Public Library.

For Star subscribers: A recently adopted German shepherd mix escaped from his Tucson home, trekking miles back to the animal shelter across town.

This Tucson bookstore launched before Amazon. 33 years later, it's thriving

For Star subscribers: After 33 years, Mostly Books is the second-largest independent bookstore in Tucson with an inventory of 100,000 books.

For Star subscribers: This University of Arizona grad supports animal conservation by turning wildlife tracks from South Africa into works of art.

Catch a Duke at this year's Rex Allen Days in Willcox

"Dukes of Hazzard" actor is headlining the festivities at Rex Allen Days in Willcox with a concert on Saturday.

For Star subscribers: You can pet an alligator and see some of the world's most venomous snakes at the Tucson Reptile & Amphibian Show and Sale, Oct. 2-3. 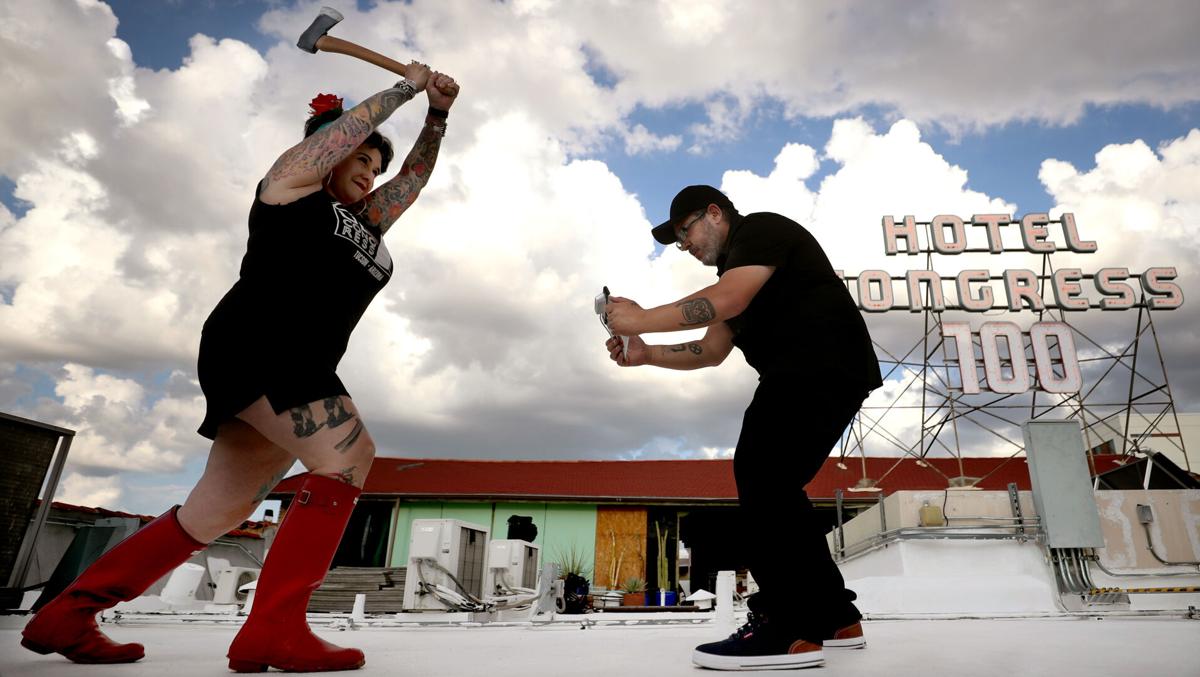 Rudy Flores takes scans of competitive ax thrower Barb Trujillo for his Army Man Project atop Hotel Congress. Flores is using 3D printer technology to turn his scans of a wide array of subjects into figures in the style of the iconic green plastic army men.

A handful of the figures Rudy Flores has made from computer scans of people for his Army Man Project. 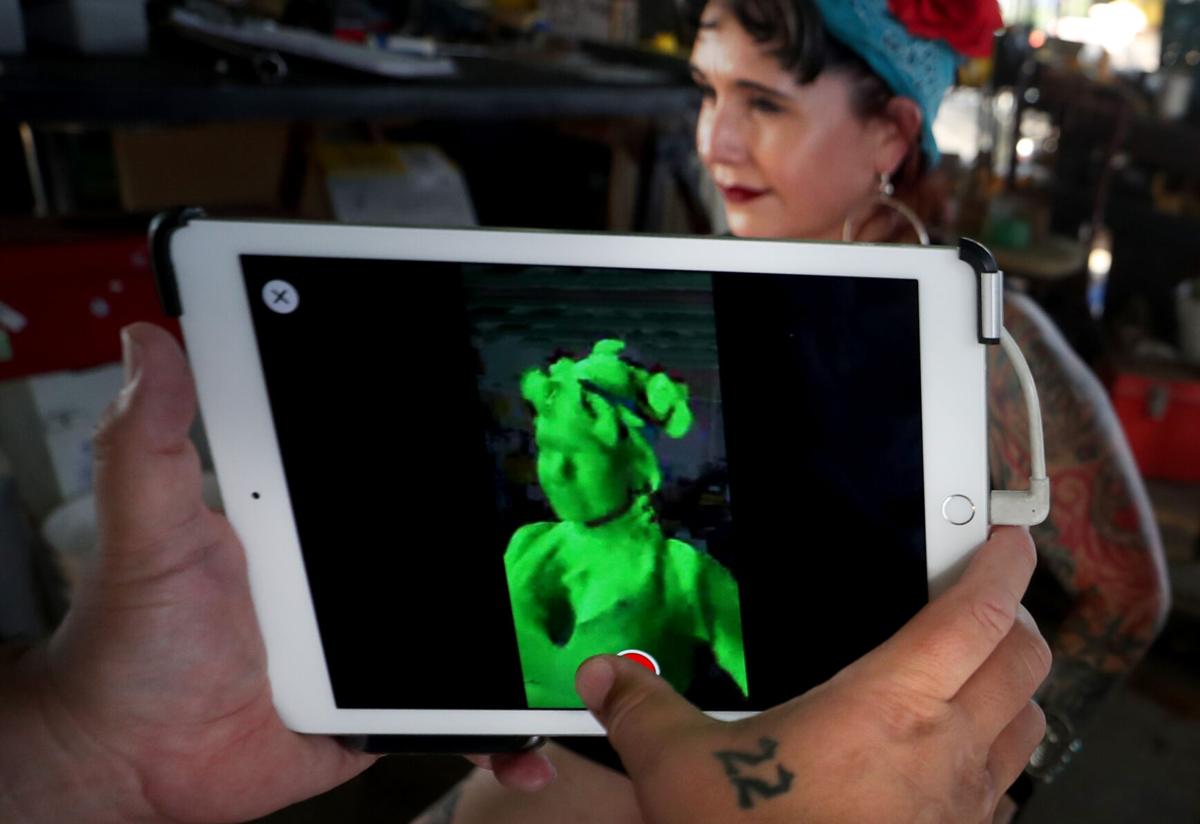 Rudy Flores uses his tablet to get a close-up of Barb Trujillo as he takes a scan for his Army Man Project. 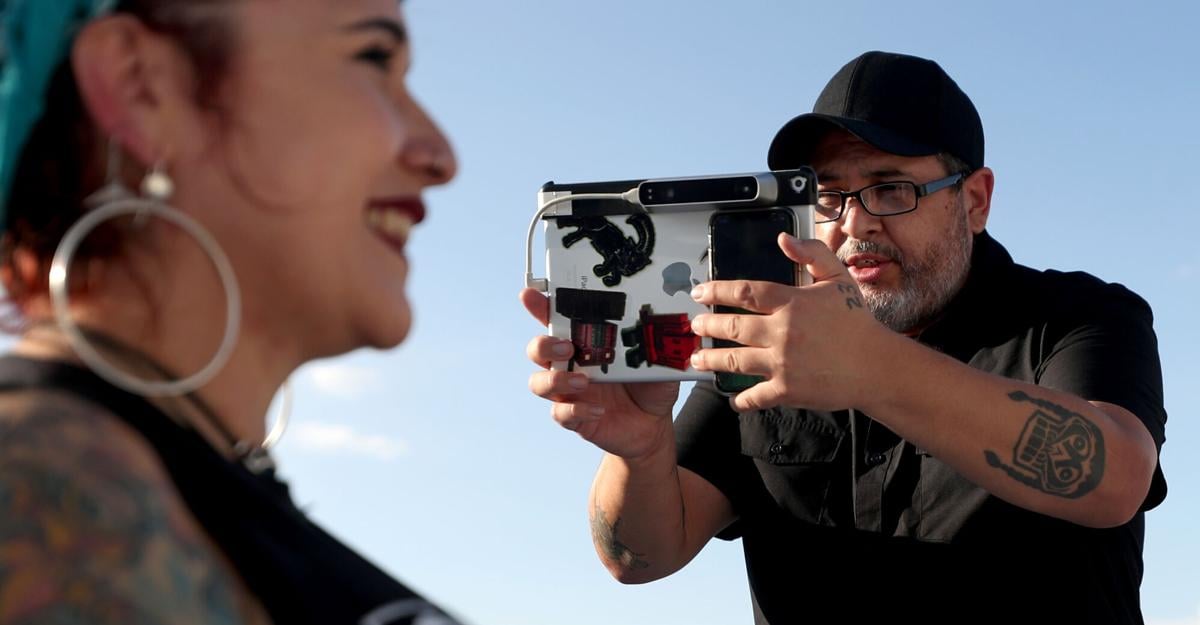 Rudy Flores uses a computer tablet to get a scan of Barb Trujillo for his Army Man Project. 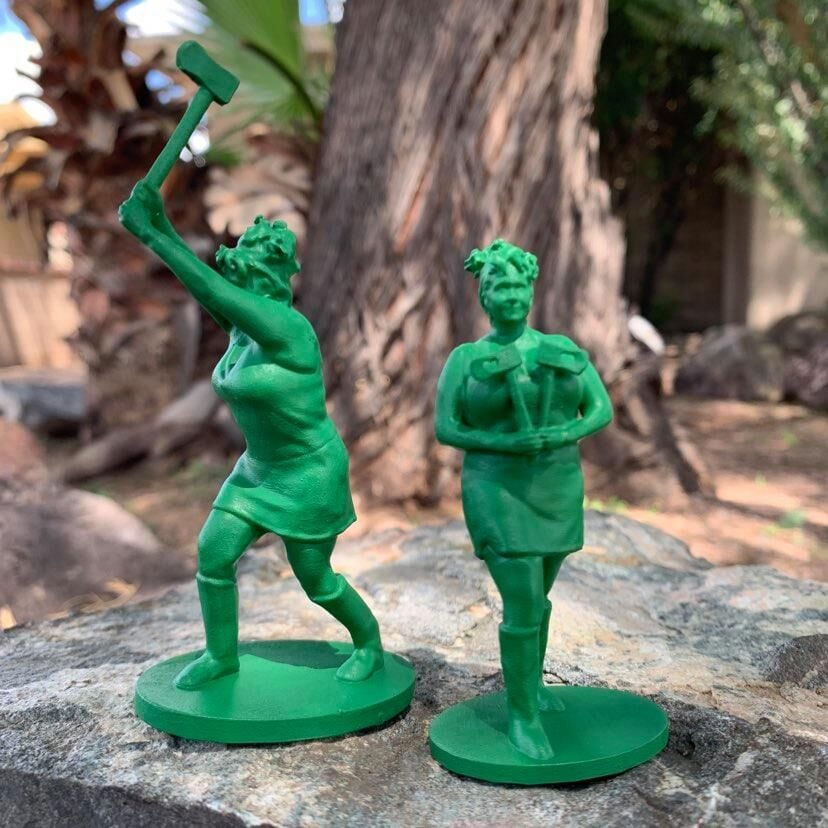