PHOENIX — The U.S. Supreme Court has put two Arizona murderers back on death row, including a man who killed a 4-year-old Tucson girl.

In a split opinion Monday, the court overturned decisions by federal courts to allow each of them to present new evidence in post-conviction proceedings claiming their attorneys did not do an effective job of defending them in state court. Justice Clarence Thomas, writing for the 6-3 majority, said federal judges are powerless to consider such claims if the evidence was not presented to a state appellate court.

“Federal habeas review is not a substitute for ordinary error correction through appeal,” he wrote. Instead, he said, is it is “an extraordinary remedy that guards only against extreme malfunction in the state criminal justice systems.”

Thomas said the federal Anti-terrorism and Effective Death Penalty Act limits such review to narrow circumstances. And he said that a prisoner also must show that further fact-finding by a federal court would demonstrate, by clear and convincing evidence, that the person is innocent of the crime charged.

One of the defendants is Barry Lee Jones, who was convicted by of the 1994 killing of 4-year-old Rachel Gray.

Jones was sharing his trailer on East Benson Highway near South Alvernon Way with his girlfriend, Angela Gray, his own daughter, and Gray’s three children, ages 4, 11 and 14, according to court records.

Early on the morning of May 2, 1994, Jones drove his girlfriend and the 4-year-old to a Tucson hospital where she was pronounced dead on arrival. The girl’s injuries included a scalp laceration and evidence of sexual assault.

Jones, 36, at the time, was arrested the same day and charged with murder, sexual assault and child abuse. A jury found him guilty of all charges.

The other case is for inmate David M. Ramirez.

In 1989, Ramirez, who was out on parole, murdered Mary Gortarez and her 15-year-old daughter Candie Gortarez in their Phoenix apartment.

Ramirez also sexually assaulted the teen while she was close to death.

Ramirez, the only person left in the apartment, was arrested at the scene and convicted of both murders.

In both cases, federal appellate judges said there was evidence that their attorneys had not done a good job. More to the point, the judges excused their failure to present that evidence when their cases were on appeal at state courts.

Thomas however, said that is precluded by federal law. And he said there are important reasons for not allowing federal appellate court review.

“Serial relitigation of final convictions undermines the finality that is essential to both the retributive and deterrent function of criminal law,” he wrote. And Thomas said allowing Jones and Ramirez — and others in similar situations — to claim ineffective assistance of counsel in federal court leads to possible mischief.

Thomas said prisoners “already have a strong incentive” to not present certain claims in state appellate courts, knowing that once they do a federal judge has more ability to turn them away.

The decision drew a dissent from Justice Sonia Sotomayor. She said the Sixth Amendment guarantees criminal defendants the right to effective assistance of counsel.

“Today, however, the court hamstrings the federal courts’ authority to safeguard that role,” she wrote for herself and Justices Stephen Breyer and Elena Kagan. “The court’s decision will leave many people who were convicted in violation of the Sixth Amendment to face incarceration or even execution without any meaningful chance to vindicate their right to counsel.”

In the Jones case, jurors accepted the prosecution’s argument that all the events occurred within a two-hour window. That provided a basis for a jury to conclude that he was guilty of “felony murder,” making him eligible for the death penalty, which the judge ultimate imposed.

But in a 2019 ruling, the 9th Circuit Court of Appeals said the evidence presented about that timeline — the basis for capital punishment — was not that clear.

The judges said that Jones’ attorneys should have done further investigation. There was a “reasonable possibility” that had the lawyers challenged the timeline that jurors might have reached a contrary result, they said.

For example, a doctor who testified at Jones’ trial later said the abdominal injuries most likely occurred before Jones showed up at the hospital — and that he would have testified to that at the trial had the attorneys asked the right questions.

There also was conflicting evidence abut when the scalp injury occurred, and even that the injuries from a sexual assault may even have predated when Jones began living with the girl and her mother.

In the case of Ramirez, he was initially represented by a Maricopa County public defender who had never handled a capital case and said she was unprepared to represent someone “as mentally disturbed” as her client.

The 9th Circuit said the attorney failed to investigate further or event present a claim of mental impairment, instead relying on the conclusion of a psychologist that Ramirez was “well within the range of average intelligence.’’ But she did not present evidence that his actual IQ was between 70 and 77.

“Given the trial counsel’s knowledge of Ramirez’s poor school records and attendance, his low IQ scores, her own interactions with Ramirez, his exposure to alcohol, and the red flags in his family’s testimony, trial counsel was under an affirmative duty to investigate and present mitigating evidence of mental impairment as well as evidence of family abuse,” the appellate court wrote.

In a prepared statement, state Attorney General Mark Brnovich praised the ruling, saying “it will hep refocus society on achieving justice for victims, instead of endless delays that allow convicted killers to dodge accountability for their heinous crimes.”

But Robert Loeb, representing both defendants, said Monday’s ruling “leaves the fundamental constitutional right to trial counsel with no effective mechanism for enforcement in these circumstances.”

“The decision misreads the federal statute, produces untenable results never envisioned by Congress, and amounts to an assault on basic fairness in the criminal justice system,” he said in his statement. “I call on Congress to immediately fix the problem the Court has created today.”

GOP lawmakers ask Gov. Doug Ducey to sign a bill that would bar letting someone register to vote on Election Day — which already isn't allowed.

Arizona prepares for first execution since 2014

Clarence Wayne Dixon, who killed an Arizona State University student in 1978, is set to be executed on May 11.

SB 1650 would have let business owners, or employees, kill vandals who damage or deface their property if the perpetrator also was armed with a deadly weapon or "dangerous instrument."

Arizona health officials need to do more to ensure nursing home residents are safe, the state Auditor General says in a new report.

It was illegal for the Republican-controlled Arizona legislature to approve a measure in 2017 that makes it a crime to pay circulators based in whole, or in part, on the number of signatures they gather, the state Court of Appeals ruled Tuesday.

For Star subscribers: The legislation would allow parents and school officials ask judges to take guns away from people who are a danger to themselves or others

Frank Atwood, the man who kidnapped and killed 8-year-old Tucson girl Vicki Lynne Hoskinson in 1984, is set for execution on Wednesday. 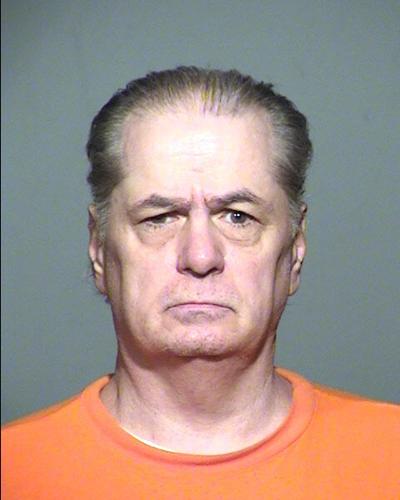 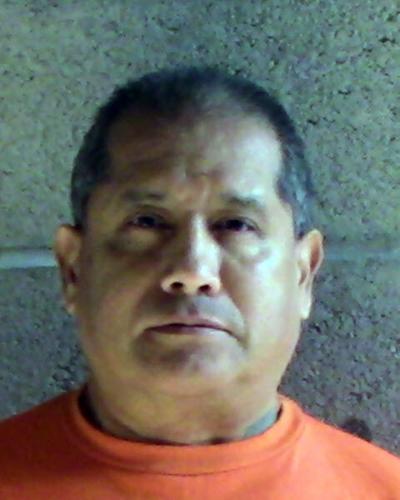