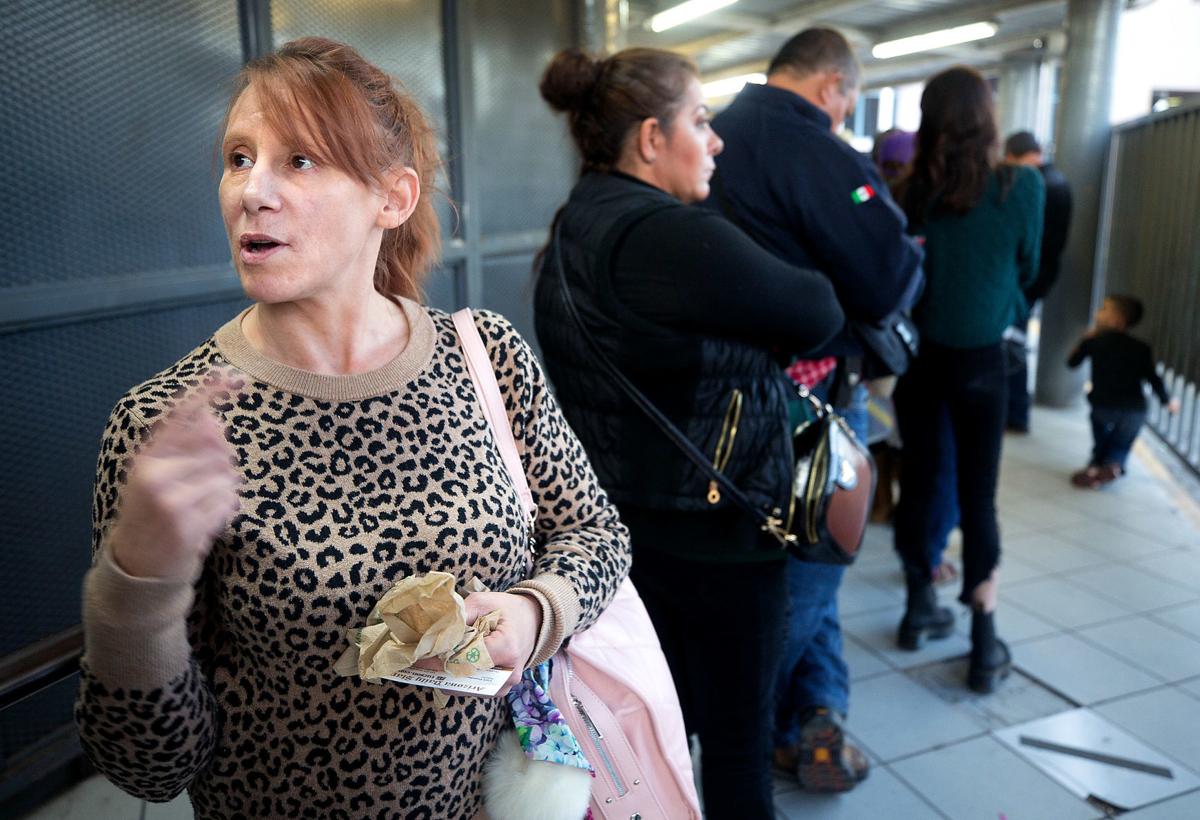 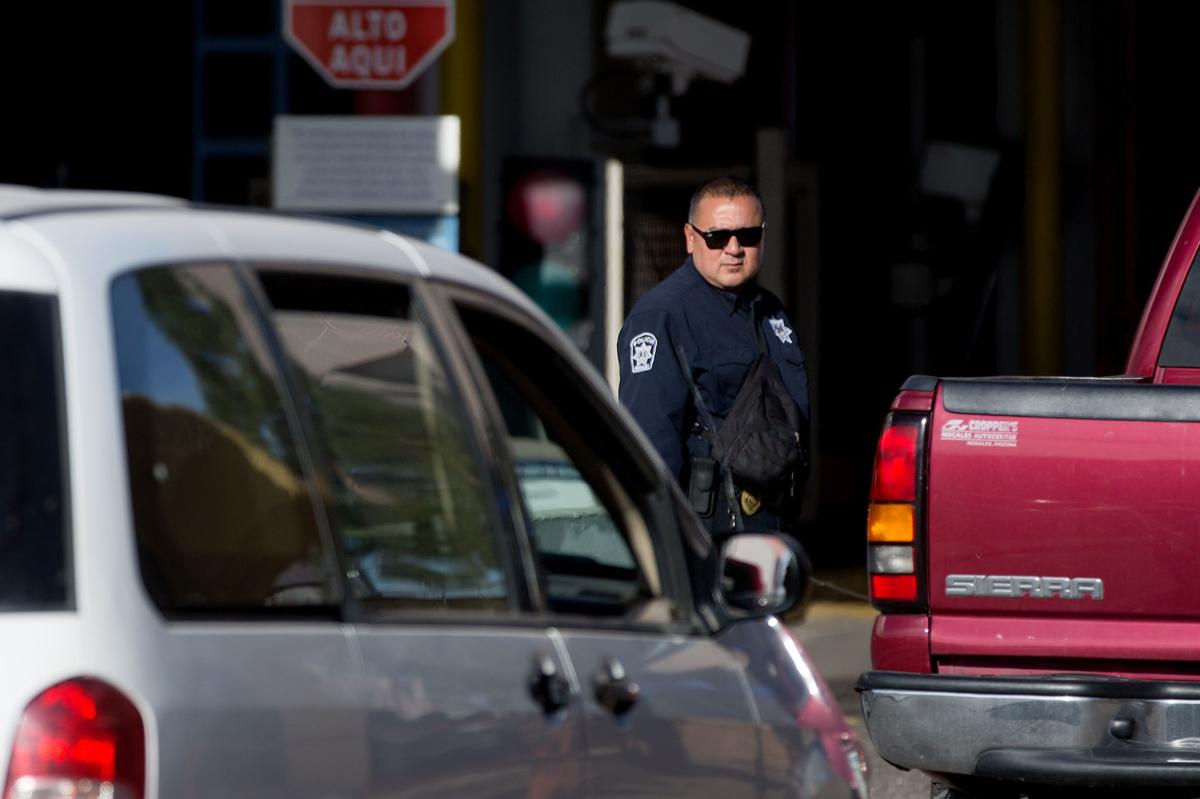 A cousin of Regina Romero drove from Hermosillo, Sonora, late Sunday to watch Romero’s swearing in Monday as mayor of Tucson.

The cousin didn’t make it.

She got into the vehicle line in Nogales about 3 a.m. Monday, Romero told me, reviewing her cousin’s text messages. The swearing in started at 10 a.m., which should have left plenty of time to get a nice breakfast before heading to the Leo Rich Theater. But the cousin didn’t make it across till about 12:45 p.m., more than nine hours after the wait began. By the time she arrived in Tucson, even the post-ceremony luncheon was winding down.

She was not unique: An Arizona Daily Star colleague, Stephanie Casanova, and her mother drove from Hermosillo to the back of the line in Nogales, Sonora at 5:30 p.m. Sunday expecting to be home in Tucson for a good night’s sleep. Instead they spent all night waiting, finally making it across at about 3:45 a.m.

And on Monday, Customs and Border Protection acknowledged on its Border Wait Times website that passenger vehicles were waiting five hours to cross.

This is outrageous, especially as the December shopping and travel season arrives. Imagine the uproar if passengers arriving on an international flight had to wait two hours for processing at a U.S. airport, much less five hours.

And in this case, it is not, as Customs and Border Protection would have you believe, squarely the fault of migrants or asylum seekers. The blame belongs more specifically on the agency’s asylum policies, especially the so-called “metering” and Migrant Protection Protocols.

Under the metering policy, people from third countries seeking asylum from Mexico must report to a port of entry, get a number and wait in Mexico till their number comes up. It can take weeks just to get a hearing at the port, but people have largely been playing by these rules.

The Migrant Protection Protocols aren’t actually about protecting asylum seekers so much as keeping them out of the United States. Under the so-called MPP, asylum seekers who show they have a credible fear of returning to their home countries are nevertheless returned to Mexico to wait for their immigration court hearings.

Until late November, this program existed in other parts of the U.S.-Mexico border, but not in Southern Arizona. Then, on Nov. 22, the Department of Homeland Security confirmed that it is putting the MPP, or “Remain in Mexico” program, in place here, too. Now, they are busing some asylum seekers from Southern Arizona to Ciudad Juarez, Chihuahua, to await court dates in El Paso.

This announcement is what changed things in Nogales. The many Cubans and Venezuelans who have been waiting in Nogales, Sonora, for their number to come up started getting desperate.

As the Nogales International reported, some asylum seekers pooled money and bought cars in order to get in the vehicle lines and request asylum once they drove onto American soil. This is legal but does not conform to current policy. Some others tried running in through traffic.

“Several migrants got together to buy a car, then they formed in line with the rest of the traffic,” Nadir Fernandez, local representative for the National Migration Institute in Nogales, Sonora, told the International. “When it was their turn (to enter the port), they’d drive a bit further, not to attack the officers, but with the intention of reaching American territory to claim asylum before the other migrants in line.”

When my colleague Curt Prendergast spoke with Cuban asylum seekers near the DeConcini Port of Entry in Mexico on Monday, at least five of them brought up MPP, he said. This is the concern that is driving the attempts to reach American soil and request asylum of a U.S. official — the imposition of the Migrant Protection Protocols.

But CBP, in a written statement, blamed asylum seekers, who are always easy scapegoats.

“In recent days, there has been an increase of incursions through vehicle lanes at Arizona ports of entry by asylum seekers attempting to evade established entry processes,” CBP said Monday in a statement. “These tactics interfere with CBP officers conducting their responsibilities and exacerbates wait times for daily commuters.”

“CBP officers are well-trained law enforcement professionals who stand ready to defend the border and uphold the laws of the United States of America,” the CBP statement said. “CBP will not allow ports to be overrun, or unauthorized entry. Security measures will be increased as needed to ensure priorities are safely met.”

What this really means is that residents and travelers in the borderlands are collateral damage in the Trump administration’s war on asylum.

For the many families in this region who have members on both sides of the border, this is a de facto family separation policy. No one is tearing children from their parents’ arms this time, but instead, the same agency is making it nearly impossible for relatives to see each other.

“One huge reason why we don’t visit more often is, you’re like, ‘When can you go when it’s not a nine-hour line?’ It really changes the pattern of life for families on the border.”

Of course, the economic implications are also huge. Thousands of Mexican shoppers flood Tucson’s stores in December every year. As Romero noted, it’s not uncommon for each family to spend $2,000. Our police departments, fire departments and other city services rely on their sales-tax money.

But CBP has been unilaterally trashing all that in an effort to ensure that asylum seekers wait in Mexico as long as it takes to make them go away.

For the first time, federal officials in Nogales, Arizona, are using the controversial program known as “Remain in Mexico” to discourage asylu…

Officials say the 7,660-square-foot home has four bedrooms, 5.5 bathrooms, a chef's kitchen, a negative edge pool, an elevator and a collector car garage.