Thirteen-year-old Olive Ann Oatman was excited about the adventure that lay before her as she helped her mother plan for the long journey from Illinois to the promised haven of Bashan that Mormon prophet James Colin Brewster touted as the land of golden opportunity.

In 1849, Brewster and his followers set off on a quest to find what he described as the real Zion located at the confluence of the Gila and Colorado rivers, across the desolate and dangerous southwestern desert.

In the summer of 1850, Olive’s father, Roys Oatman, led his wife, Mary Ann, and their seven children across the Mississippi River to join other Brewsterites in Independence, Missouri. From there, the wagon train headed west.

On Jan. 8, 1851, the company arrived in Tucson in dire need of food and supplies before continuing its journey. But with little rainfall over the past winter, the travelers found scant provisions in the Old Pueblo as townspeople were hard put to feed themselves.

Some of the group members chose to stay in Tucson until they could obtain needed provisions for the westward journey. Others, including the Oatmans, headed north to Maricopa Wells where they hoped friendly Pima and Maricopa tribes might spare essential supplies for the desert crossing. They still had over 200 miles to go before reaching the banks of the Colorado River. But again, there was no food to spare in the drought-stricken tribal villages.

While in Maricopa Wells, Roys Oatman met John Lawrence LeConte, considered one of the foremost entomologists of the 19th century. LeConte and his guide had just traveled the span of desert from the army encampment at Yuma. Not once, LeConte proclaimed, had he seen any hostile Indians along the way. Several tribes occupied or traveled the land between Maricopa Wells and the Colorado River including Western Apaches and Yavapai.

While the rest of the wagon train chose to remain in Maricopa Wells until they could acquire much-needed sustenance for the journey, Roys Oatman readied his family for the strenuous trip across the desert. With his wife due to give birth to their eighth child, he might have felt she would be safer within the confines of Camp Yuma.

On Feb. 10, 1851, with scant food, four skinny cows and one wagon pulled by a couple of starving oxen, the Oatmans headed out on their own.

Each day they faced steep hills that had to be climbed. The family emptied the wagon and toted their belongings up each hill, rarely conquering more than one rise a day.

On Feb. 18, the family arose to face yet another steep incline. All day they toted their possessions up a bluff before stopping for supper — a weak pot of soup sopped up with small pieces of bread.

From out of nowhere, the Indians appeared and approached the bedraggled family. Begging for food, the half-starved band accepted the Oatman’s paltry offerings and then demanded more. But with more than 80 miles still to travel, the family had nothing left to offer.

Without warning, the Indians attacked, slaying the Oatman family except for Olive and 8-year-old Mary Ann, named after her mother. The girls were prodded by their captors to move forward.

For hours the girls stumbled over sharp rocks that left their feet bleeding profusely. The only nourishment they were offered was food from their wagon.

“We thought they would kill us and hoped they would do so,” Olive later recalled.

After several days, a village appeared on the horizon that Olive described as “a cluster of low, thatched huts, each having an opening near the ground.” Here she and Mary Ann would spend the next year as slaves — ridiculed, beaten and starved, but always left alive enough to serve their masters.

They were forced to carry heavy loads and whipped if they dropped their burdens. For food, they had to fend for themselves. Mesquite beans, grass seed, roots and tree bark were mainstays.

Occasionally, a group of Mohave Indians visited the camp to trade.

The Mohaves eventually purchased Olive and Mary Ann and marched them again across the desert to their encampment, a lush, fertile basin along the shores of the Colorado River.

If Olive had known where she was, she might have found it ironic that she had finally reached Basham, the golden land that Brewster evoked in his teachings.

The Mohaves were more compassionate with their slaves.

The chief’s wife and daughter offered the girls blankets to stave off chilling winds blowing across the swift-flowing Colorado. They also gave the girls a plot of ground and a few seeds to grow their own crops.

But nothing could save young Mary Ann. She died, having spent her last years in captivity.

Sometime after settling in the Mohave village, Olive was decorated with indelible markings. She was pricked along her chin and arms, likely with a cactus spine, leaving deep, embedded lines. Ground stone was mixed with the juice of a weed and rubbed into these wounds, making permanent tattoos.

Some believed the Mohaves marked all their slaves in this manner to identify them, but they also applied these designs to themselves and considered them attractive embellishments.

Olive learned the Mohave language and dressed in Mohave fashion, usually consisting of a bark skirt. She assumed she would spend the rest of her life along the banks of the Colorado.

Several years later, word reached Fort Yuma — renamed from Camp Yuma — that two white girls had been seen in a Mohave village. In February 1856, Olive was ransomed for the price of one horse. She had been in captivity for five years.

As the Mohaves escorted Olive to the fort, one of the men ran ahead and returned with a calico dress, allowing Olive to return to her people properly clothed.

Unknown to Olive, her brother Lorenzo had survived the deadly attack on the Oatman family, and the siblings reunited at Fort Yuma.

Over the ensuing years, Olive lectured across the country about her captivity until she married in November 1865 and settled in Sherman, Texas.

For the rest of her life, Olive bore the tattooed scars of her captivity. She died on March 21, 1903.

Jan Cleere is the author of several historical nonfiction books about the early people of the Southwest. Email her at Jan@JanCleere.com Website: www.JanCleere.com

Stratton, R.B. Captivity of the Oatman Girls. Lincoln, Nebraska: University of Nebraska Press, 1983. Reprinted from the revised and enlarged third edition of 1858.

Raised crops and eventually tended cattle on their neighboring properties.

She's credited with reviving ancient pottery designs, redefining them with her own imaginative techniques.

On several occasions her businesses in Tombstone were destroyed by fire.

The U.S. Interior Department awarded her a bronze medal for her dedication to the education of Hopi and Navajo children.

Lauded by her Army husband in a story about their two-year stint at the outpost.

She had mined a variety of valuable ores including silver, turquoise, copper, gold and zinc. 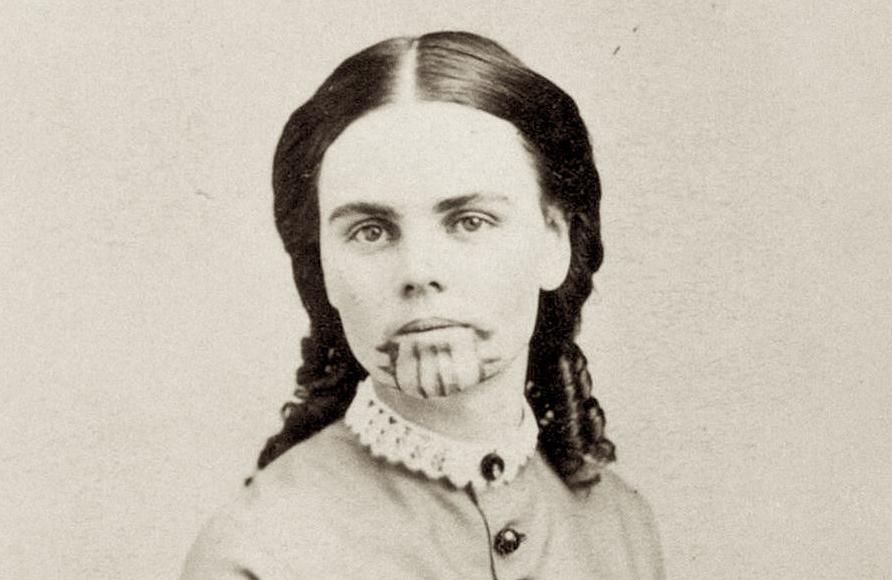 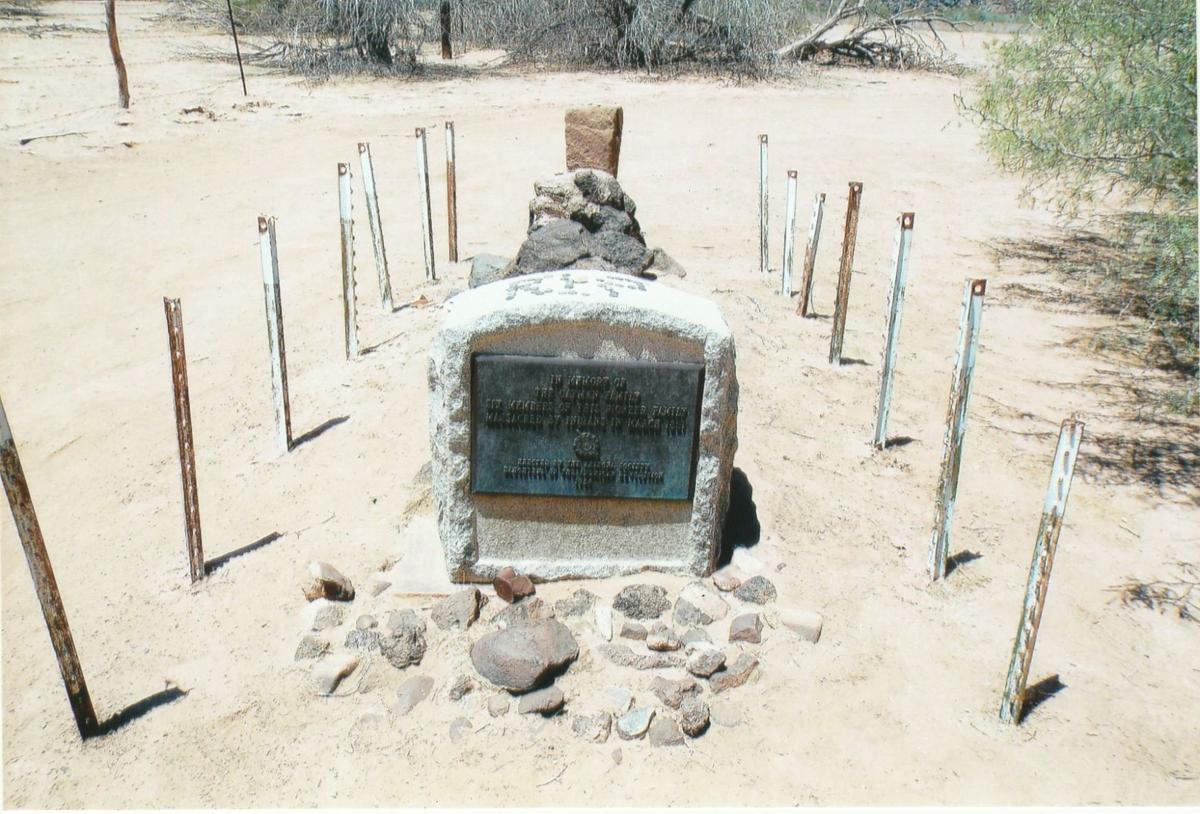 The Oatman family grave, photographed in 2018. The Oatmans were attacked as they made their way to Yuma. 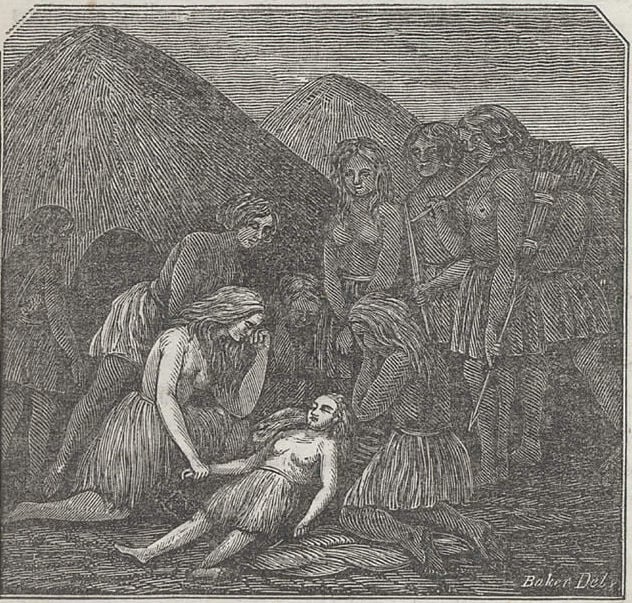 This drawing from “Captivity of the Oatman Girls” by Royal B. Stratton depicts Olive, left, and Mary Ann Oatman in captivity.