The test bomb, code name Gadget, would have been suspended from a steel tower approximately 96 feet directly above my head. Upon detonation, it produced enough energy to compress the ground below me 10 feet into Earth’s crust. The steel tower vaporized.

On that morning in 1945, a spectacular white flash of heat and light blanched the barren landscape. Initially, tongues of fire shot out at ground level and splashed across the desert floor. Yellow, green and scarlet flashes came from the hemispherical plume. It rose rapidly, like an enormous sweltering blister, and popped. Then it gushed up and up, boring a hole into the heavens, searching for air and room to grow.

As the cloud stem reared, it appeared twisted like a left-handed screw. The mass soared into the atmosphere more than 40,000 feet in the early morning sky. The sun rose twice that day and a blind girl, 120 miles away, said she saw the flash.

The Atomic Age had shown its teeth to the world for the first time.

Seconds later, the thundering sound echoed against the Sierra Oscura Mountains, the rocks, and the desert floor, for what seemed an eternity. The sound was deafening as it bounced over and over in the Jornada del Muerto. This area in the desert is known ominously as the Dead Man’s Trial — The Journey of Death.

Less than a month after the Trinity test, at 2:45 a.m. on Aug. 6, 1945, pilot Col. Paul Tibbets took off in the Enola Gay B-29, from Tinian, part of the Mariana Islands in the Pacific. “Dimples 82” was loaded with the four-ton bomb named “Little Boy,” bound for Hiroshima.

The world would never be the same.

One of the senior guides at Trinity asked me who I thought was most responsible for the U.S. producing the atomic bomb. Prominent names were recalled. Then he answered: Adolf Hitler.

Before the war, Hitler forced the most brilliant scientific minds from the Jewish community in Germany out of the country. The massive depth of mental aptitude and technical skills of these engineers came to work in the U.S. and helped develop the Manhattan Project.

As I walked out of the squared-off fenced and gated sector containing the Trinity National Monument, I heard a slight ticking sound following from behind. It came from a fellow carrying a Geiger Counter. This grave reminder of what humans produced at this very site, to my vexation, was still ticking.

Jojo Found True Love and a Home in Tucson, Arizona

Driving up to the gate of a British nobleman's house is a promising experience. However, this one didn't look anything like a majestic English…

It took six years and a voter approved bond election for construction of the memorial plaza, organizers say.

Douglas MacArthur set the day's uniform of khakis, open shirts and minimal rank insignia. "We fought them in our khakis, and we will accept their surrender in our khaki uniforms," he said. 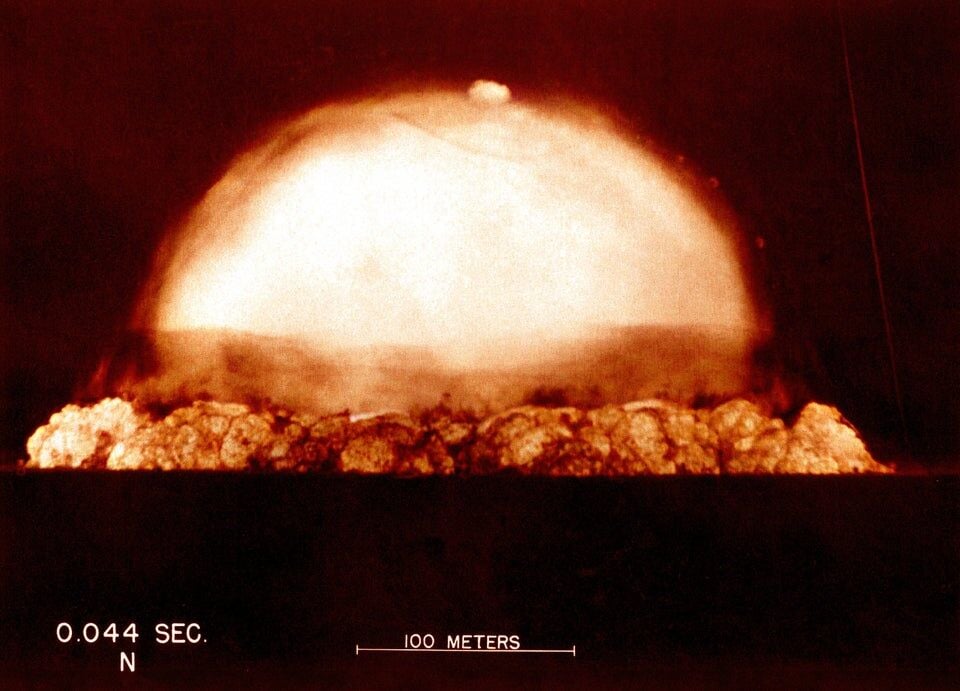 Seconds after the nuclear test explosion at the Trinity site in New Mexico, the initial blast produced a giant, bulbous yellow, green, and purple spherical boil before bursting into a fiery towering mushroom cloud over the desert. 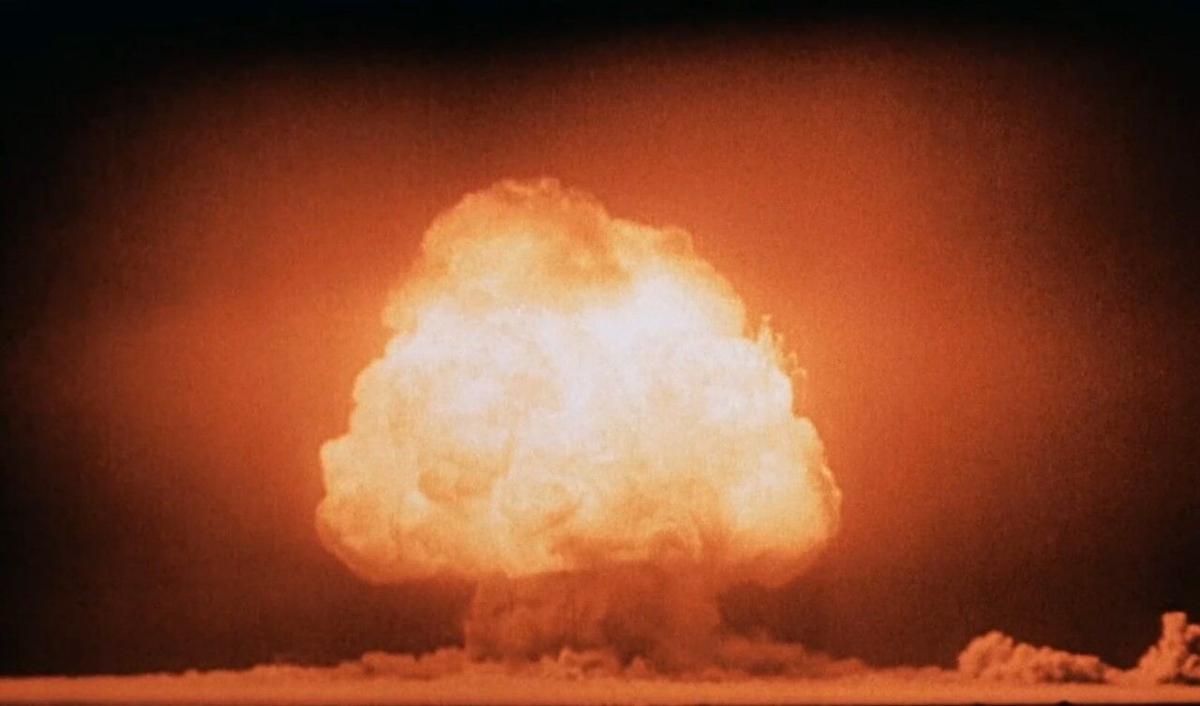 In approximately two minutes, the Trinity site mushroom cloud reached 7.5 miles (12.1 km) in height. The test released an explosive force of 22.1 thousand tons of TNT, more than scientists had predicted. 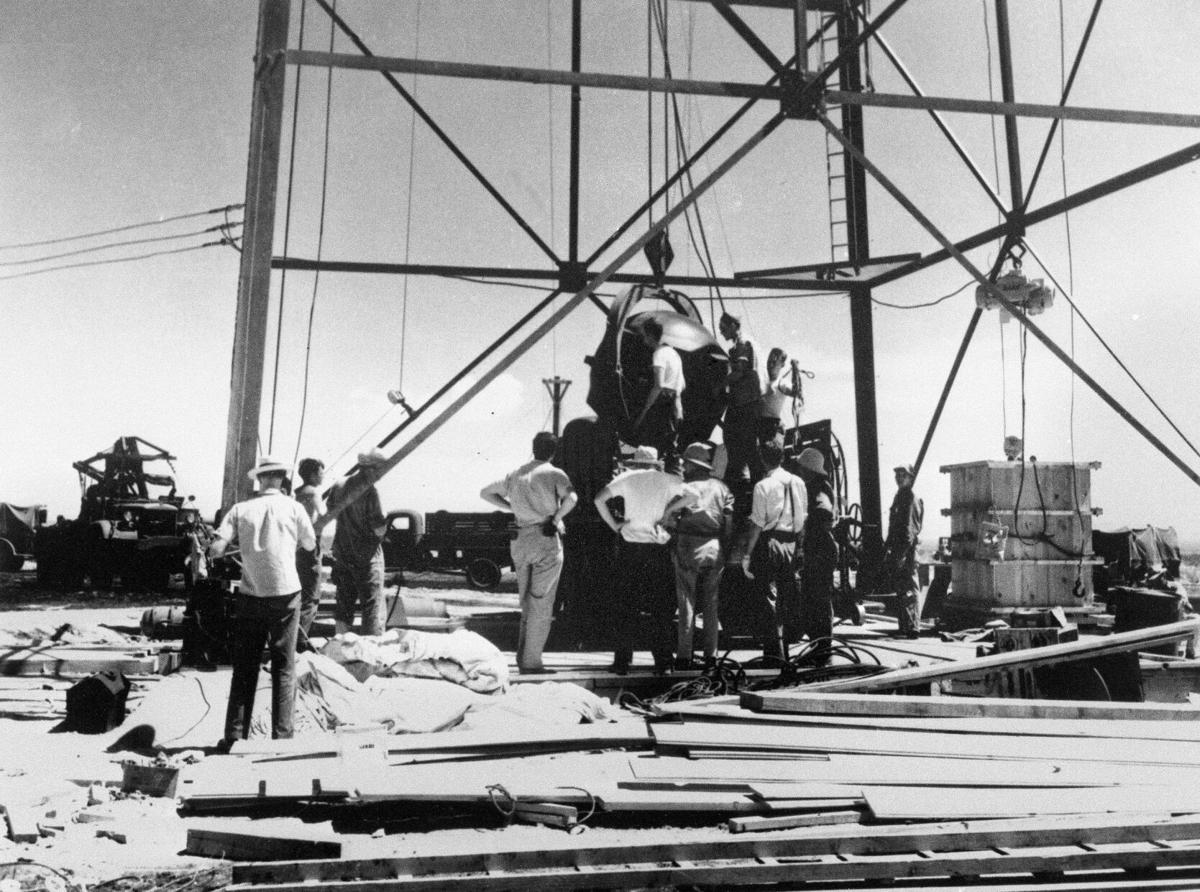 In this July 6, 1945, file photo, scientists and workers rig the world's first atomic bomb to raise it up onto a 100 foot tower at the Trinity bomb test site near Alamagordo, New Mexico. 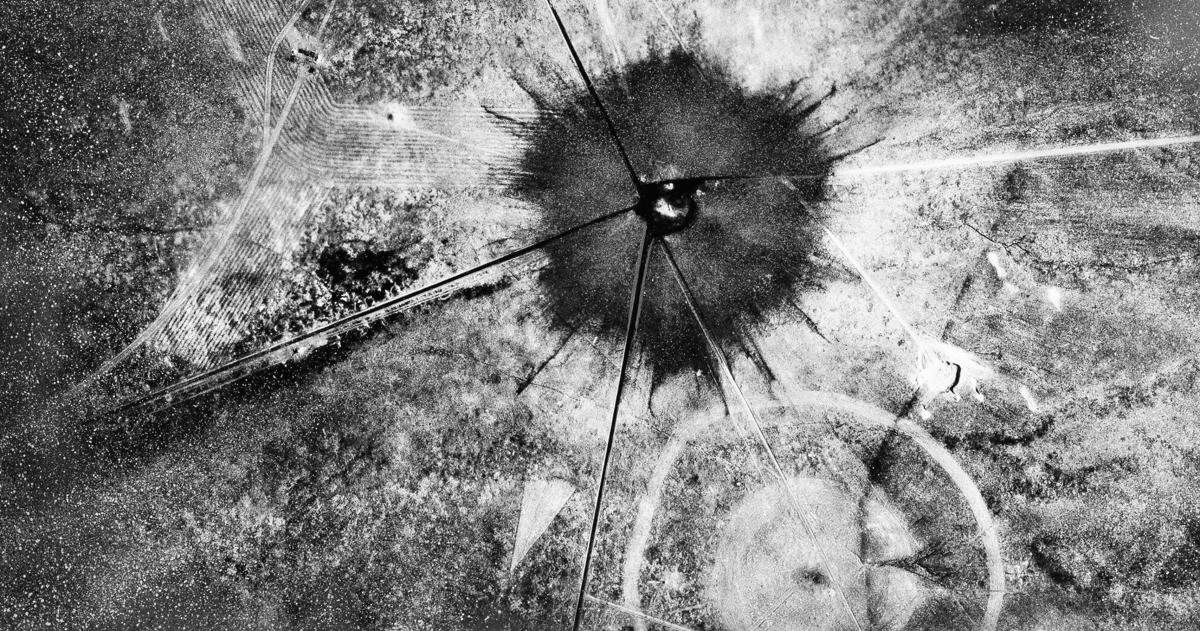