Chip Hale and Trip Couch first met in 1999. USA Baseball was based in Tucson back then. Hale, whose playing career ended in 1997, helped coach Team USA. Couch was part of the staff.

What began as a working relationship developed into a friendship over the succeeding two decades. Even as he ascended the coaching ranks in professional baseball, Hale made a vow to Couch: If Hale ever became the head coach at Arizona, he would invite Couch to join the staff.

“I know him as a talent evaluator,” said Hale, who became the Wildcats’ coach earlier this month. “I’ve seen what he’s done with the players we got in Arizona. (Couch spent eight-plus years as a scout for the Diamondbacks, for whom Hale later became manager.) I saw the college kids he got and the way he gets a class that sort of covers the whole field. He knows the kind of players I like.”

Hale followed through on his promise, hiring Couch, 54, as a full-time assistant. But the idea still had to be sold ... to Couch’s wife, Tiffany.

“My wife grew up in Baton Rouge,” Couch said. “She’s been in the South or in Texas her whole life. She’s used to grass. I’m a big mow-my-grass guy. That’s kind of my stress relief. She’s like, ‘There’s no grass to mow.’”

Couch — who has coached at Louisiana-Lafayette, Houston, Texas and, for the past four seasons, South Carolina — then peeked over his shoulder at the lush lawn of Hi Corbett Field.

“We’ve got a whole big field out here,” Couch said. “I haven’t met our groundskeepers yet. But I’m sure they’re awesome, and I’m sure they would let me push a mower at some point if I need to.”

Cutting the grass isn’t part of Couch’s job description. He will coach outfielders and play a significant role in recruiting.

Couch discussed his unusual path to a coaching career, his role in scouting Paul Goldschmidt, his recruiting philosophy and other topics during a recent interview with the Star. The conversation has been lightly edited.

You attended the University of Houston. Did you play baseball there?

A: “I sat on the bench. I was a bullpen catcher. I was a jack of all trades.

“I started at the very bottom. I’ve had a great path of people giving me an opportunity. I was able to take advantage. I got a little more responsibility with each year and became basically a student-coach.

“For whatever reason, I’ve been able to evaluate baseball players. I don’t know why. My wife will tell you I’m probably not good at too much else in life.

“I’ll tell you what I think that me not being a very good player does: It’s given me a great understanding of how hard this game is. That’s lost on people. You’ll hear people say, ‘The farther you get away from the field, the easier the game looks.’ It was so hard for me. I hope I understand at least a little bit how hard it is for these guys and can appreciate their struggles.

“Part of your job is to support those guys when it’s going rough. College baseball at this level is not easy.”

You graduated from Louisiana-Lafayette with a degree in restaurant administration. You also worked in marketing and promotions. Did you want to be a coach all along?

A: “I thought I was going to end up running a resort one day. And then the baseball thing just fell into place for me. I found my niche. I found where I fit.”

Something about it must have appealed to you. What do you like most about coaching?

A: “I just think it’s another way to help people. I wanted to maybe work in the resort (industry). That’s a service business. So maybe I’ve just always been drawn to more service industries.

“This is a really influential time in guys’ lives, when they’re 18 to 22 years old, where you can make a difference. ... It’s a time that they really mature. All of them have aspirations to play in the major leagues, but there’s also a life beyond baseball that’s an important component that we have to help them with.”

What was your role in getting Paul Goldschmidt to the Diamondbacks?

A: “I’ve known Paul since he was in probably ninth grade. He did not have a great summer after his junior year. Back then, most of the recruiting happened in the summer after your junior year. So some of the bigger schools chose to go some other directions. Ty Harrington at Texas State wanted him. Paul being Paul, he was fine with that. That was the place that wanted him.

“Tommy Allison was the scouting director for the Diamondbacks at the time. We had Tom come in in January, come watch practice one day, watch ‘Goldy,’ and then we went to dinner with him that night, just because I wanted Tom to meet Paul. He met him and realized he was an even better human being than I had been describing. That’s where it started.

“To Tom’s credit, we sent a lot of scouts in there. We probably had more scouts go at least pop in and see Paul than most teams did his junior year (of college).

“I was able to help get the ball rolling. Tom deserves a lot of credit for believing in me, believing enough to have some other people see him. Looking back, we probably should have taken him in the first round, right? (Goldschmidt was an eighth-round pick in 2009.) We probably did the best bad job of anybody.”

What is your overall philosophy when it comes to recruiting and getting good players and people into your program?

A: “It starts with developing relationships with their travel coaches, high school coaches, junior-college coaches. Then it’s developing a relationship with families. Families need to know, first and foremost, that their son’s going to be taken care of. They’ve raised them till they’re 18. Now they’re turning them over to us in one of the most influential times of their life.

“You want to build a winning program. You don’t want to just have a good team one year, always just picking guys from here and there. It’s high-character guys. Kids that really like to compete, which I think is maybe becoming a ... lost art, because the environment that they’re brought up in now is more of a showcase world.

“We’re trying to win baseball games here. That’s what’s really important. That can be done with the development piece to help them try and get to the big leagues. So I think finding guys that are competitors. Guys that play (multiple) sports. Those kids are awesome because they like competing and playing. They thrive on competition.”

What should Arizona fans expect from a Chip Hale-led program?

A: “There can’t be too many people on the face of the earth that are more passionate about U of A than him. That’s No. 1; No. 2, he has boundless energy. He has just an unbelievable tank of energy in his body. A wonderful person, just a good human being that does care about people and sees this as a teaching, learning environment.

“He came back here to go back to Omaha and win more national championships. He’s not here to do well and see what the next thing is. He’s lived here 30 years. Chip Hale wants to retire here as a national champion Wildcat that’s mentored people.

“He’s a great teacher... That’s why I think here, if we can get the athletic player that’s hungry to get better, and then tap into all his ability to teach the game of baseball, the sky’s the limit.”

The 54-year-old Couch spent the last four years at South Carolina, serving as an assistant coach and top recruiter. The Gamecocks' 2020 recruiting class was ranked as high as No. 4 nationally.

Toby DeMello spent the last two seasons as Sacramento State's volunteer assistant coach, working with the catchers and coaching first base; before that, he was the team's director of analytics.

Hale and his assistants have been working 12-plus-hour days to keep the current Arizona squad intact and build relationships with would-be Wildcats.

After a week on the job, Arizona Wildcats baseball coach Chip Hale reflects on his journey back to Tucson, his coaching staff and program plan…

Chip Hale didn't have to look far for his first commit since taking over as head coach of the Arizona Wildcats.

Arizona RHP Chase Silseth signs with Angels; had 8-1 record for Wildcats in 2021

The UA retained most of its top pitchers from its College World Series squad and recently added left-handed reliever Holden Christian.

Inaugural Pac-12 Baseball Tournament is coming to Scottsdale in May

Arizona will face Yaquis de Obregon in the second game of a doubleheader on Sunday, Oct. 3. 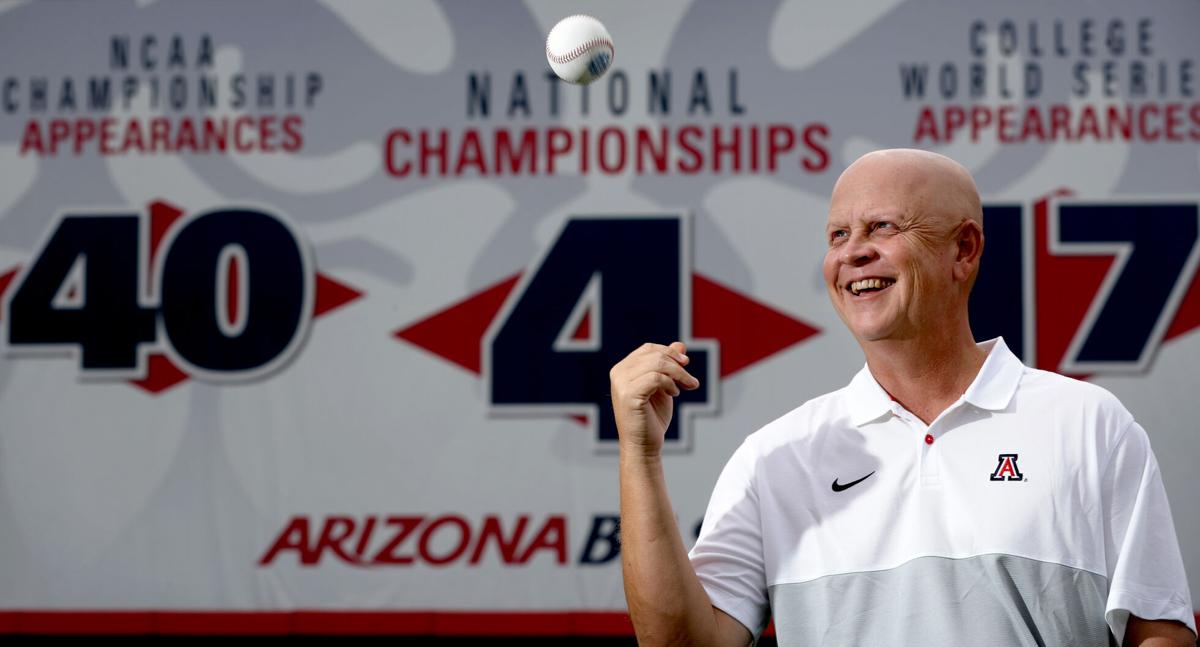 New UA assistant baseball coach Trip Couch comes to Tucson after coaching stints at Houston and South Carolina, and a job scouting for the Arizona Diamondbacks. 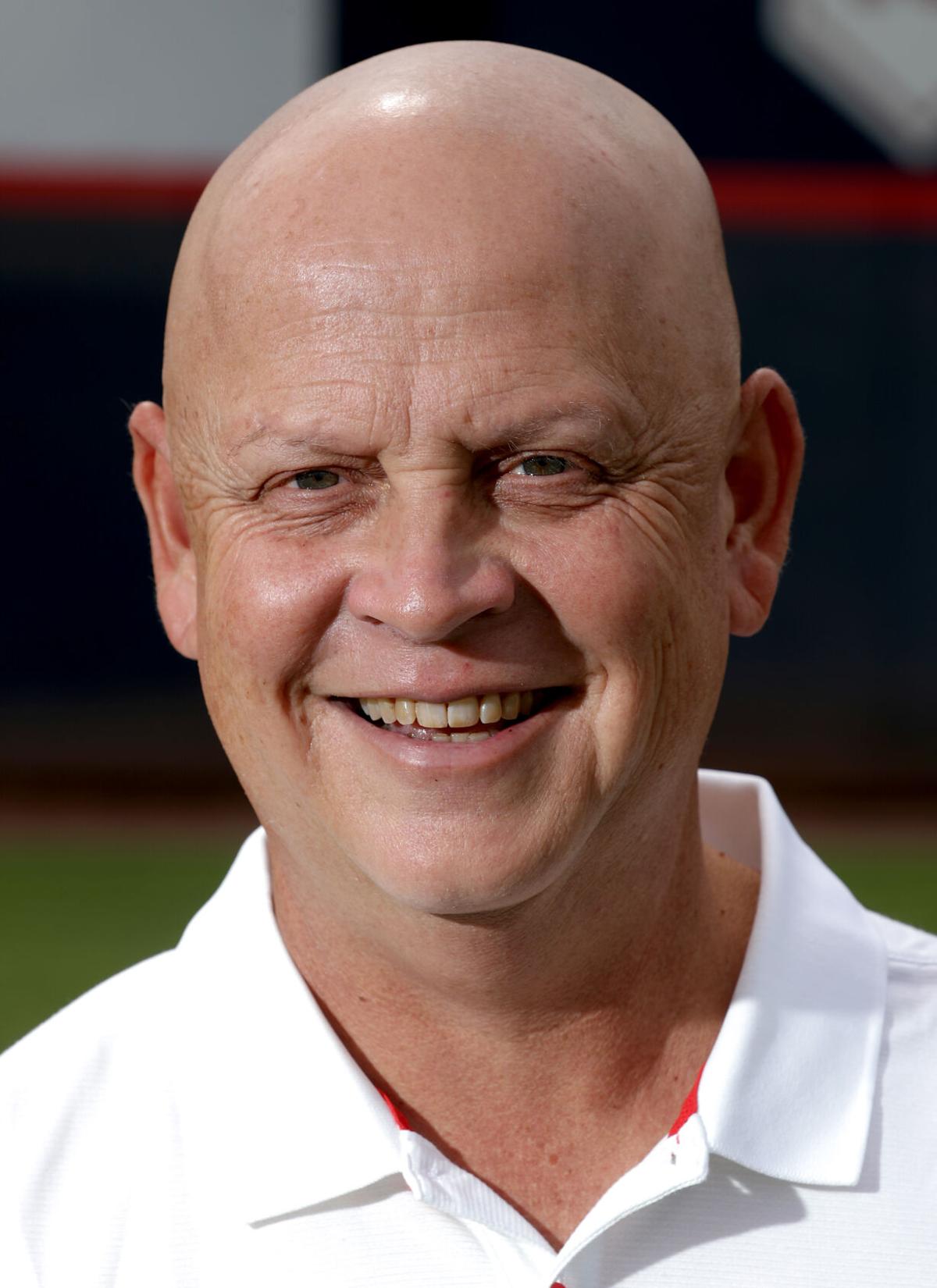