How a UA class studying abroad, including 8 football players, made their way home from Paris amid coronavirus chaos
Share this
1 of 2 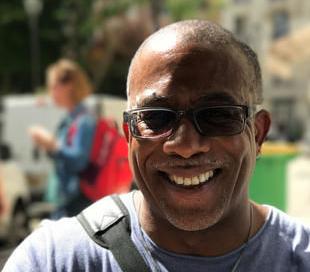 University of Arizona professor Bryan Carter has taken his students to Paris the past seven years. 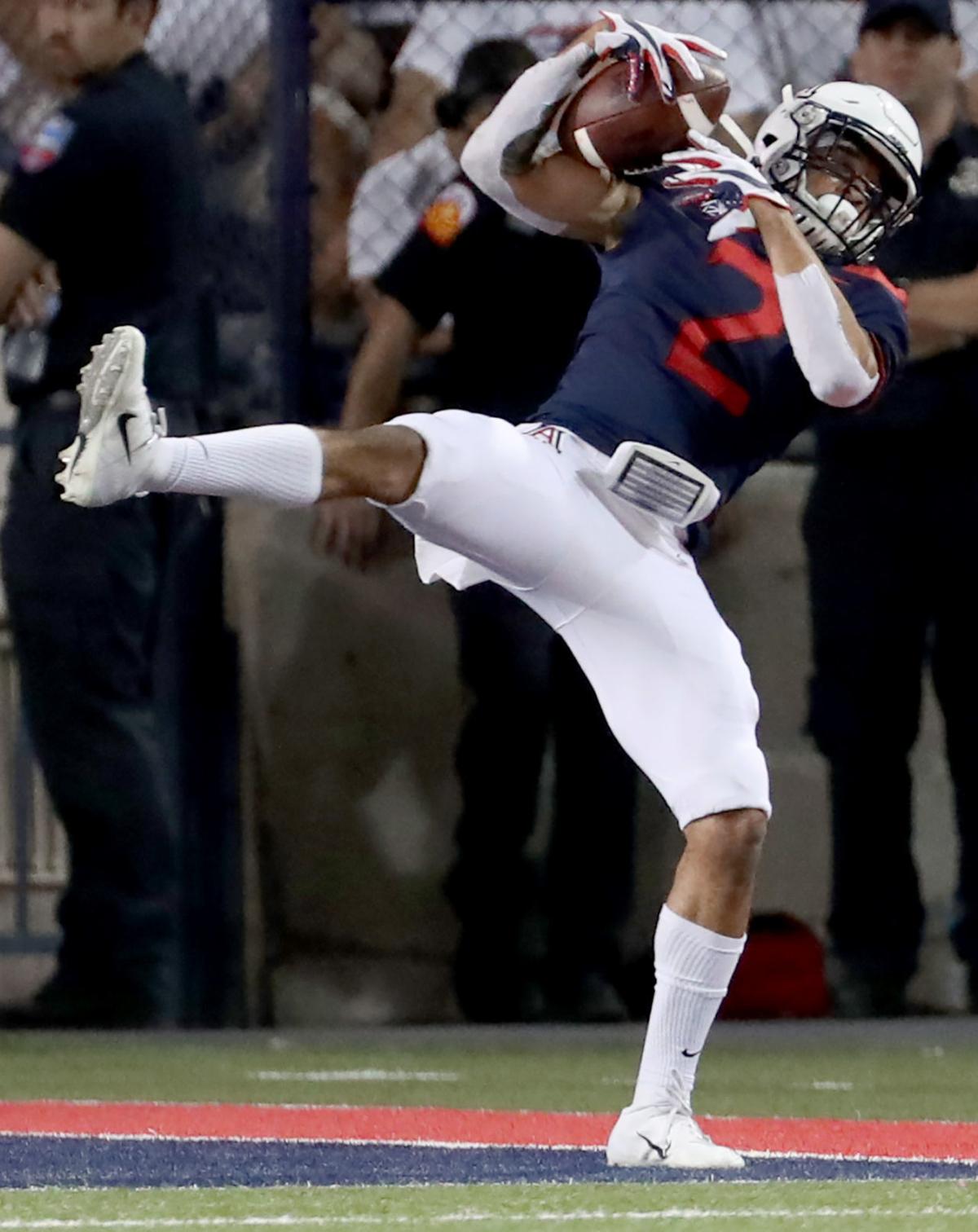 About 2:30 a.m. local time on Thursday, Bryan Carter received a flurry of messages on his phone. Carter was resting in his room at the Citadines Saint-Germain-des-Prés Paris, the hotel where he and 23 fellow Arizona Wildcats were staying.

Carter, a UA professor, had been chaperoning the group — which included eight current and former Wildcat football players — as part of the Global Africana Studies Experience.

He had taken his class to Paris for the past seven years. He had visited the French capital regularly since the late 1990s.

On Wednesday evening in Washington, President Trump announced that “all travel” from Europe to the United States would be suspended for the next 30 days because of the coronavirus pandemic.

It turned out that the travel ban didn’t include U.S. citizens, but that wasn’t immediately known. It also was immaterial to Carter, who felt in his gut that he and his class should go home immediately — two days before their scheduled return.

So Carter messaged everyone in his class. They packed their belongings and met in the lobby of the hotel at 4 a.m. They broke into small groups, arranged for rides from Uber and headed for Charles de Gaulle Airport.

“The sooner we got there,” Carter said, “the more likely our chance to get out.”

Back in the United States, DeChon Burns understandably was concerned. His oldest son, Lorenzo, a senior cornerback on the football team, was on that trip. So were the following teammates: receivers Tre Adams and Zach Williams; defensive linemen Mykee Irving and Nahe Sulunga; and linebackers Issaiah Johnson and Anthony Pandy. Safety Xavier Bell, who entered the NCAA transfer portal in January, also was part of the group.

DeChon Burns had heard about Trump’s declaration and couldn’t help but wonder: “Are they going to be able to get home?”

DeChon had been communicating with Lorenzo via Instagram direct messaging. DeChon asked his son: “Are you affected? Is there any worry here?”

Lorenzo assured his dad that they were preparing to fly home and that no one was panicked or worried.

Father and son kept in touch over the course of the day as Lorenzo and his classmates made their way from Paris to Salt Lake City to Tucson.

“I left it in God’s hands,” DeChon Burns said.

Today, with COVID-19 spreading and entire countries being shut down, no one would authorize a group trip abroad, even if it were for educational purposes. But when Carter’s class left Tucson on March 5, the outbreak was still six days from being declared a pandemic.

DeChon Burns recalled talking to his son about the trip.

“It was a once-in-a-lifetime opportunity,” DeChon said. “Well before all of this craziness.”

Carter, 59, had been planning the trip since the fall. He had been discussing it weekly with his students since the spring semester began in mid-January.

The director of the UA’s Center for Digital Humanities and an associate professor of Africana studies, Carter had traveled to Europe countless times — unlike most of his students.

He viewed the trip as a potentially unique experience for them, a chance to visit a part of the world they otherwise wouldn’t be able to visit.

So Carter forged ahead — but with an abundance of caution. He held additional safety briefings with the students, beyond the usual discussions about protocols and cultural differences in a foreign country. Packets were handed out that included surgical masks, latex gloves, cleansing wipes and antibacterial sanitizer. The students were advised to wash their hands frequently and avoid large crowds.

“All of those preparations were done based on the information trickling in on how the situation was evolving,” Carter said. “All the students felt adequately prepared.”

Before he departed for Paris on March 3, Carter communicated regularly with the guide he had been using for years to lead walking tours through the city. The guide assured him that everything was “pretty much normal.”

Carter met his class at the airport around lunchtime on March 6. They had flown from Tucson to Atlanta to Paris.

The city was less crowded than Carter typically had experienced. Lines for the Louvre and the Eiffel Tower were shorter than usual. Boat tours weren’t operating on the Seine, but that was because the water levels were too high.

“The streets were less crowded,” Carter said, “but not deserted.”

Meanwhile, the threat of the coronavirus grew. On Monday, March 9, Italy was placed on lockdown. Two days later, the World Health Organization deemed the outbreak a pandemic. As of noon Tuesday, the worldwide death toll had reached 7,098, including 127 from France.

When Carter and his class arrived at Charles de Gaulle Airport early Thursday morning, the Delta ticket counter hadn’t opened yet. Carter was the second customer in line. He had been told their tickets couldn’t be changed online, so he waited for the desk to open at 6:15 a.m. Paris time.

The transaction, which involved changing 24 tickets, had to be coordinated with a group travel agency in the U.S.

The entire process took about five hours. Carter told his students to wait off to the side; he would handle everything.

Behind him, the line grew. The scene at the airport felt increasingly chaotic as countless others sought to leave the country or continent.

“We were really fortunate that we got to the airport when we did,” Carter said.

“There were people waiting seven hours or more and paying exorbitant amounts.”

Carter had two goals that morning: (1) make sure his class got home safely; and (2) stay calm.

“If I were to show any sign of not being sure what to do, that would have easily transferred onto the kids,” Carter said.

The professor kept his cool. Correspondingly, he said, his students “weathered the panic that was going on around them. I couldn’t ask for more in terms of their patience.”

Told he handled the situation well — better than most would have — Carter replied: “I did what anyone else would have done had they been in that same situation.”

Twenty-three members of the traveling party were transferred to a late-morning flight through Salt Lake City; Carter would go through Los Angeles. They continued to follow suggested protocols while flying, including wiping down seating areas.

Otherwise, the trip home felt normal. The traveling party wasn’t subjected to any additional screening upon arrival in Tucson on Thursday night.

Had they waited another day or two, Carter and his students might have been caught up in the massive delays that bogged down multiple U.S. airports after the government’s new travel policies went into effect.

Undoubtedly mirroring what other parents and loved ones felt, DeChon Burns experienced a profound sense of relief when Lorenzo arrived home without incident.

“My primary concern was getting him back from over there to over here,” DeChon Burns said. “The university did a good job. It seems as if they handled it very professionally.

“The concerns that I had were answered by my son. He had confidence in the people he was around. I didn’t catch any panic from him. He was good. It put me at ease.”

The UA football players were advised by team trainers to self-quarantine for seven to 14 days, regardless of whether they had symptoms. As of Sunday, Carter wasn’t aware of anyone in his class experiencing any.

He also began following university guidelines, including social distancing. He did not attend church Sunday. He and his fellow professors will teach from their homes or offices as the UA shifts to online instruction starting Wednesday.

Should Carter and his class have gone on the trip? It’s a fair question to ask. Circumstances changed dramatically during the time the UA contingent was abroad. Carter said he had no regrets.

“I wouldn’t have changed anything,” he said. “I think it was a great experience.”

The way Carter sees it, his students ended up learning invaluable life lessons.

“They know now what to do if something like this happens,” he said. “They know how to navigate a chaotic situation.”

The Arizona football players who traveled to Paris for a study trip that was truncated because of coronavirus concerns:

The Badgers' coach says he he was told he "lacked the judgment, responsibility and safety of the players." One of his fellow coaches calls the move "ridiculous."

Sabercats, other team are likely to see rest of season canceled at AIA's executive meeting Monday.

Guard, who started career at Indiana, chooses UA as her new school and hopes to be eligible to play in 2020-21.

NCAA decides not to put out a hypothetical bracket days after the tournament was called off to the coronavirus.

The final ranking for Arizona is the best finish since the 1998 season.

Not having an on-campus showcase because of the coronavirus could be especially detrimental for NFL hopefuls who haven’t had previous opportunities to showcase their skills.

A chronological look at what made the UA women's basketball team's season one to never forget.

A timeline of memorable moments from Arizona's 2020 season.

Adia Barnes takes another step closer to Naismith Coach of the Year honors.

University of Arizona professor Bryan Carter has taken his students to Paris the past seven years.