After Arizona fired basketball coach Ben Lindsey in the spring of 1983, he told the school’s administration of five incidents in which players were paid or illegally reimbursed for plane travel.

Assistant coach Ricky Byrdsong acknowledged at least one of those payments. He said Lindsey gave him $200 for junior forward Morgan Taylor in a “white envelope.”

That was a high crime in college basketball, 1983, and it would almost seem comical if not for the fear that Arizona’s basketball program could be nuked for a sum less than Byrdsong’s 1983 salary.

The attorneys and damage control specialists at the UA are now at work on a strategy explaining how Arizona assistant basketball coach Book Richardson was reportedly caught in a pay-for-play scandal in which almost no one in college basketball ever gets caught.

What’s next? There are many possibilities:

Of immediate concern to those who have paid thousands of dollars in advance for McKale Center season tickets is whether the Wildcats will be eligible for the 2018 NCAA Tournament.

Who knows? The book on Pac-12 basketball teams punished by exclusion from March Madness has but three chapters.

I. In 1981, UCLA was found to have helped purchase automobiles for Bruins stars Rod Foster, Darren Daye and Michael Holton. Coach Larry Brown was long gone before the NCAA investigation was complete. The Bruins were not allowed to participate in the 1982 NCAA Tournament even though they finished the season ranked No. 19 in the AP poll and had been ranked as high as No. 2.

II. In 1996, Cal coach Todd Bozeman was caught after giving guard Jelani Gardner $30,000. Bozeman was fired, but the NCAA was not swift in its punishment. New coach Ben Braun led the Bears to the 1997 NCAA Tournament. A year later, 1998, Cal was banished from postseason play.

III. In 2008, USC guard O.J. Mayo was ruled to have accepted illegal payments while a Trojan. After a long investigation, USC was made ineligible for the 2010 NCAA Tournament.

Given the pace of the historically understaffed NCAA enforcement division, it’s more likely that Arizona wouldn’t begin a post-season ban until the spring of 2019.

For some long-suffering UA fans, this is familiar turf.

On May 20, 1983, the NCAA placed Arizona’s football program on a two-year probation for malfeasance committed in the 1970s. The Wildcats were not permitted to play in bowl games for two years, nor participate in any televised games.

Believe it or not, Arizona opened the 1983 season favored to win the Pac-10 and ranked No. 3 nationally — but painfully aware it could not play in the Rose Bowl.

All Arizona coaches are agents of an institution that accepts federal funds, hence the FBI’s rare involvement in college sports.

Richardson probably didn’t know what hit him when the FBI knocked on his door.

You can almost picture him in astonishment, saying “I did what? Section 6-what? The FBI? Really?”

Mason’s team was punished for operating a $35,000 slush fund, falsifying dozens of travel expenses, helping players get paid for phony jobs, paying for players’ car repairs and for long-distance telephone expenses. Six UA assistant coaches were accused of a scheme in which they would collect payment for fake airline trips.

One UA player, running back Larry Heater, was fined $9,000 in court after pleading guilty to charges of defrauding the Tucson Parks and Recreation department, receiving pay for a job at which he did not work.

At issue now is whether Miller has coached his last game at Arizona.

'Our own, unhappy Watergate': Everything Greg Hansen has written, said about Wildcats hoops scandal

A collection of the Star columnist's stories, videos, tweets.

The Wildcast Episode 20: Worst. Week. Ever.

Zack is joined for his weekly Friday episode by Justin Spears! The guys hash out the crazy week that was in Arizona athletics, from the Book R…

September: What Book Richardson's case could mean for Arizona Wildcats

Here's a look at Southern Arizona's 2017 high school rushing leaders through Friday, Sept. 22, marking the midway point of the season.

Here's a look at Southern Arizona's 2017 high school rushing leaders through Friday, Sept. 22, marking the midway point of the season.

High school football: A look at this week's game predictions and matchups

Southern Arizona's top 10 receivers through first half of 2017 season

Here's a quick look at Southern Arizona's receiving leaders through Friday, Sept. 22, marking the halfway point in the 2017 season.

Southern Arizona's top 10 receivers through first half of 2017 season

Here's a quick look at Southern Arizona's receiving leaders through Friday, Sept. 22, marking the halfway point in the 2017 season.

Southern Arizona's top 10 QBs through first half of 2017 season

Here's a quick look at the top 10 passing leaders around Southern Arizona through Friday, Sept. 22, marking the halfway point for several team…

Highlights from the UA's media availability after bye-week practice No. 3 Thursday morning.

Board did not review Richardson's arrest, basketball program during Thursday's meeting.

Williams "100 percent committed" to UA, even as bribery and recruiting scandal opens many questions.

Here's a look at the nine biggest NCAA scandals in UA history, dating to 1952.

Here's a look at the nine biggest NCAA scandals in UA history dating to 1952.

Letter: Re: the Sept. 27. article “Greg Hansen: What happens next? For Arizona Wildcats, it's an open-ended question”

The Athletic Program at the University of Arizona, as with other Universities in this Country, creates the environment for Corruption that we … 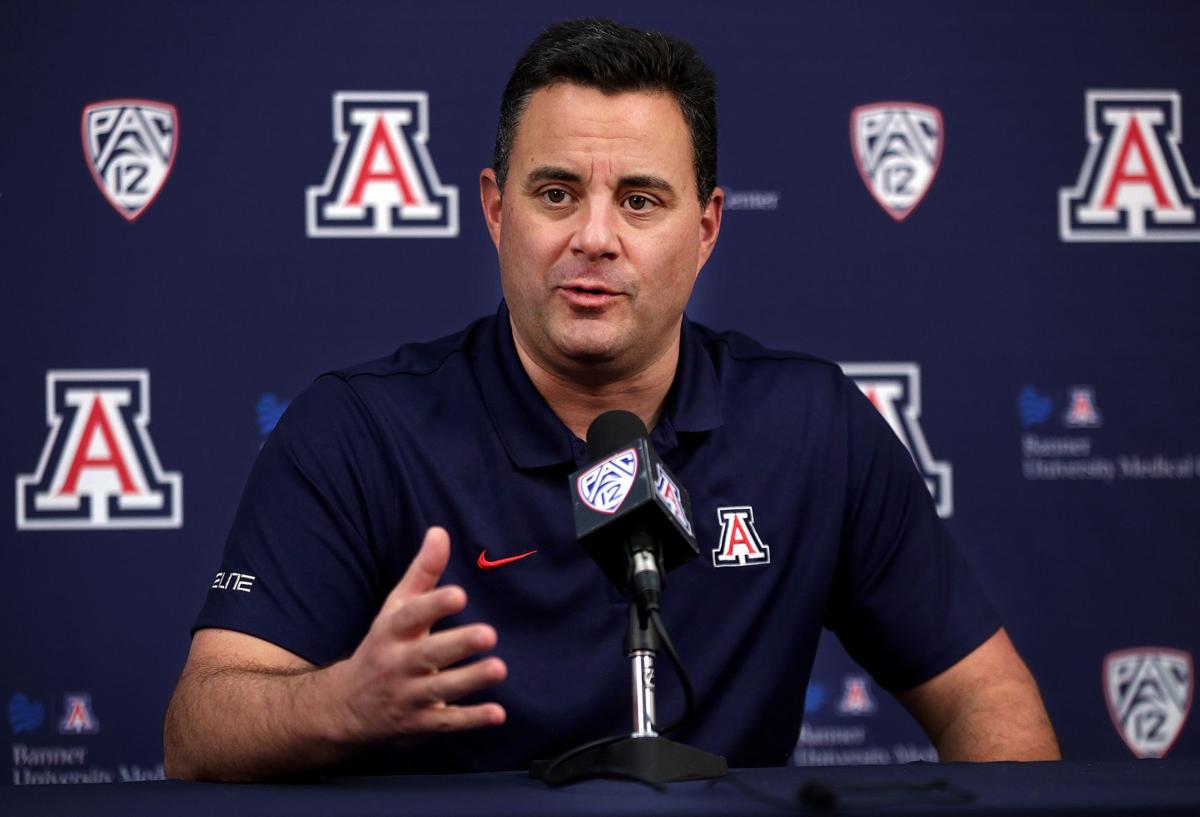 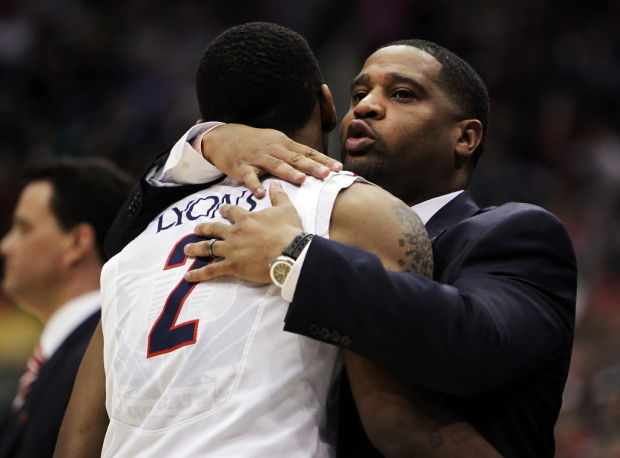 UA assistant Book Richardson was suspended with pay after being arrested and charged by the FBI with bribery, among other crimes.