Dr. Luis León was 80 miles into a 240-mile endurance race, and all he could think about was giving up.

In order to complete October’s Moab 240, León had to traverse canyons and deserts, climbing 29,000 feet in elevation over four-and-a-half days. One-third of the way into the race, he was spent.

Temperatures ranged between 80 to 83 degrees, and León realized that training in the dry Arizona heat wasn’t paying off.

“I never had been running in that kind of altitude and I’ve never been that hot in my life,” León, 51, said. “I was absolutely sure I was going to quit.”

León kept going, remembering his friends and family in Tucson. What would they say if he traveled more than 200 miles to take part in a race only to give up?

Leon decided that he’d quit … later. He settled on the aid station at the 110-mile mark.

Then fate stepped in.

At 3:30 a.m., while León was climbing a mountain with no one else around, his phone connected to a WiFi signal following hours with no service.

“There was an explosion of texts from people from everywhere, telling me how proud they are and how inspiring I am,” León said.

Unbeknownst to him, one of León’s business partners had reached out to León’s friends and colleagues around the country and asked them to send along texts of encouragement.

“I told my crew, ‘I’m going to stop feeling pity and I’m going to find a way to finish. Please help me,’” León said.

León crossed the finish line, finishing 82nd out of the 127 runners that completed the race. Sixty four others did not finish; many of them quit in mile 80 due to the heat.

When he returned to Tucson, he asked his business partner why he rallied his friends to text.

“He said he didn’t know why, but he felt like I needed it,” León said.

León, a surgeon with Pima Heart and Vascular, ran his first endurance race in 2014. He’s run three since, with hopes of completing his fifth one in May.

León said he competes in these grueling events to inspire his kids and other people about the benefits of exercise and healthy living.

León operates on people with peripheral artery disease, a circulatory issue that causes narrowed arteries and reduced blood flow to a person’s limbs.

PAD is often self-inflicted by people who lead a sedentary lifestyle, are obese or who smoke, León said.

“My business would be nonexistent if people would do the right things,” León said.

Growing up in Peru, León played soccer “from Monday to Monday, day and night.” Soccer was his life until he left Peru in 1997 to attend UCLA for his surgical residency.

New to Los Angeles and with his life consumed by the hospital, León realized he wouldn’t have time for team sports. He started looking for individual sports, settling on triathlons. But after a few years, he no longer had time to train for the cycling and swimming components.

That was when León found marathons. When those didn’t seem like enough, he entered longer races, with courses up to 100 miles. In 2010, León ran his first race longer than 100 miles. The Moab 240 was his fourth race of 200 miles or more.

Training for races of that distance is much different than training for marathons, in part because the mental component is so important.

“When you put yourself in this event, the first night of the first day, you have to know that there’s three more days and nights coming ahead of you that you have to run on blistered feet,” León said.

“You have to be committed and determined to finish mentally.”

In endurance races, competitors run, walk, climb and even crawl to make it through. The courses traverse mountains, and the elevation takes a toll.

The Tahoe 200 Endurance Run, León’s first ultra race in 2014, consisted of 45,000 feet in elevation to be climbed. That’s one-and-a-half times the height of Mt. Everest. León meditated to handle the mental load.

León doesn’t make these trips alone. Competing in ultramarathons requires a full team of people to assist: Someone to drive the car that paces the runner, someone to bring supplies to far-reaching aid stations and haul coolers full of food and water into canyons or up mountains, and others.

León says he’s indebted to the crew that traveled to Moab with him.

“It’s a big ask, to have to take five days out of your life to drive a car next to a runner,” León said, adding that he has a close friend who has crewed for all of his 200-mile races and a few of the 100s in which he’s competed.

A married couple who works with León at Tucson Medical Center came along on his last trip. Others join the crew because they’re curious or passionate about the event — or the runner.

Then there are those who want to compete in the race, but the entry fee is too steep. Ultramarathons cost upwards of $1,600 to enter.

León said he spent a year training for his last race after realizing in 2019 that he wasn’t ready.

With the Moab 240 completed, León doesn’t have much time to rest up.

In January, León plans to take part in a 100-mile ultra race in Phoenix to prepare him for May’s Orcas Island 200 in Washington.

“I’m not sure this is a mid-life crisis or what it is, but I’m going to do this until my body won’t let me anymore.”

Mayor, chief seek to reel in city board often at odds with Tucson cops' discipline

Tucson Mayor Regina Romero will ask for a review of the city charter to examine the role of civilian groups like the Civil Service Commission that oversees discipline and terminations in the city.

'The right thing to do': Organizers cancel soccer Shootout because of coronavirus

Organizers announced the tournament in October, citing multiple coronavirus-related safety precautions. On Wednesday, organizers said the decision to cancel "was just the right thing to do."

Seven-year-old Selene Rife wasn't the only Tucsonan whose parents helped her ride out the pandemic with the addition of a swimming pool. But hers might be the only one in town that required zoning for the addition of a 30-foot dock.

After sweeping new federal guidelines regarding consent and sexual misconduct came out in May, the University of Arizona got creative to implement them while students were distanced due to Covid-19.

It's believed that this year's Offerpad Arizona Bowl is the first time a bowl game has included two female athletic directors and female bowl executive director.

The Star reached out to all 25 coaches whose seasons were cut short with questions about what they experienced this season. We'll be running their remaining answers over the next two days.

The Star reached out to all 25 coaches whose seasons were cut short with questions about what they experienced this season. This is the final question in our series of five.

She's a keeper: Couple who met while playing soccer at Pima now planning a life together

Alexis Tapia and Jacob Contreras met in the summer of 2019 while playing soccer at Pima College. Only in Tucson for a single semester, Contreras said he never expected to find a fiancée in that time. 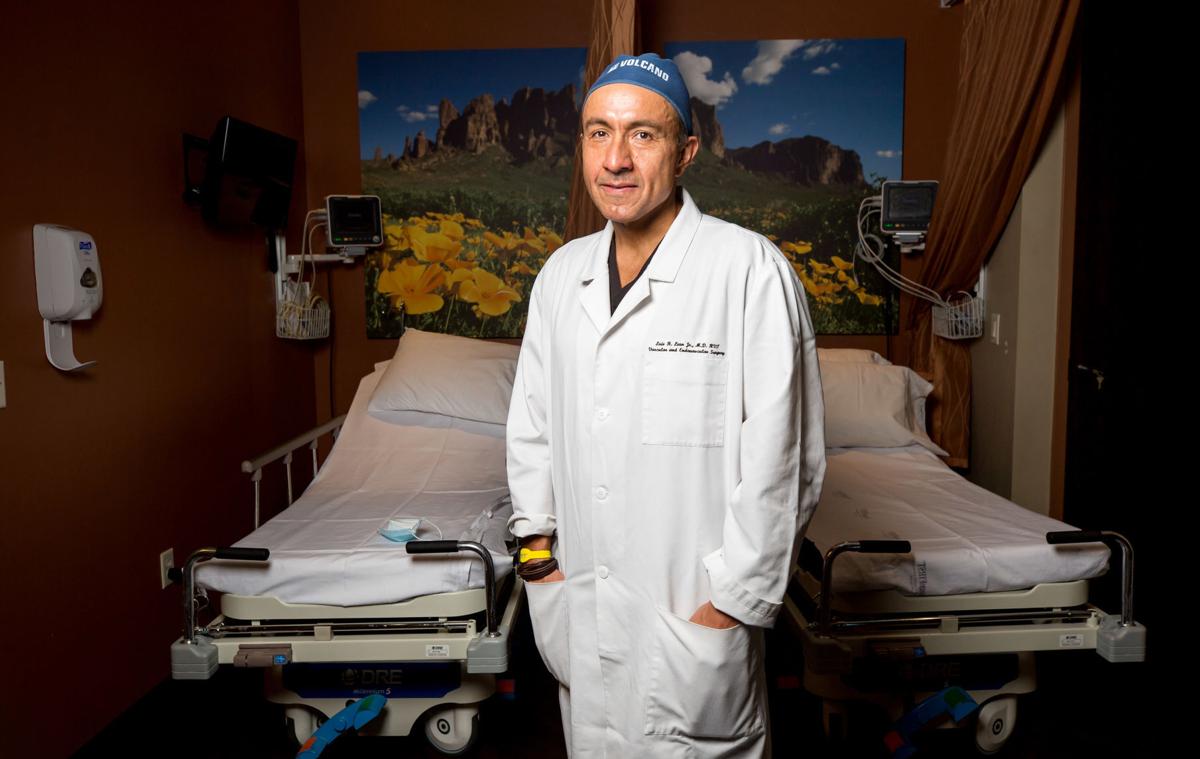 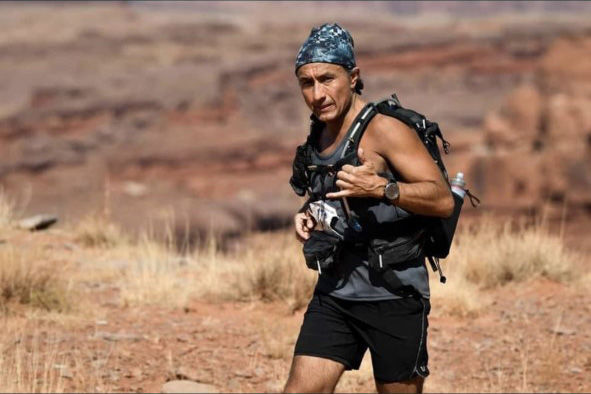 Dr. Luis Leon competed in the Moab 240 endurance race in October as a way to inspire others to exercise and lead a healthy lifestyle. 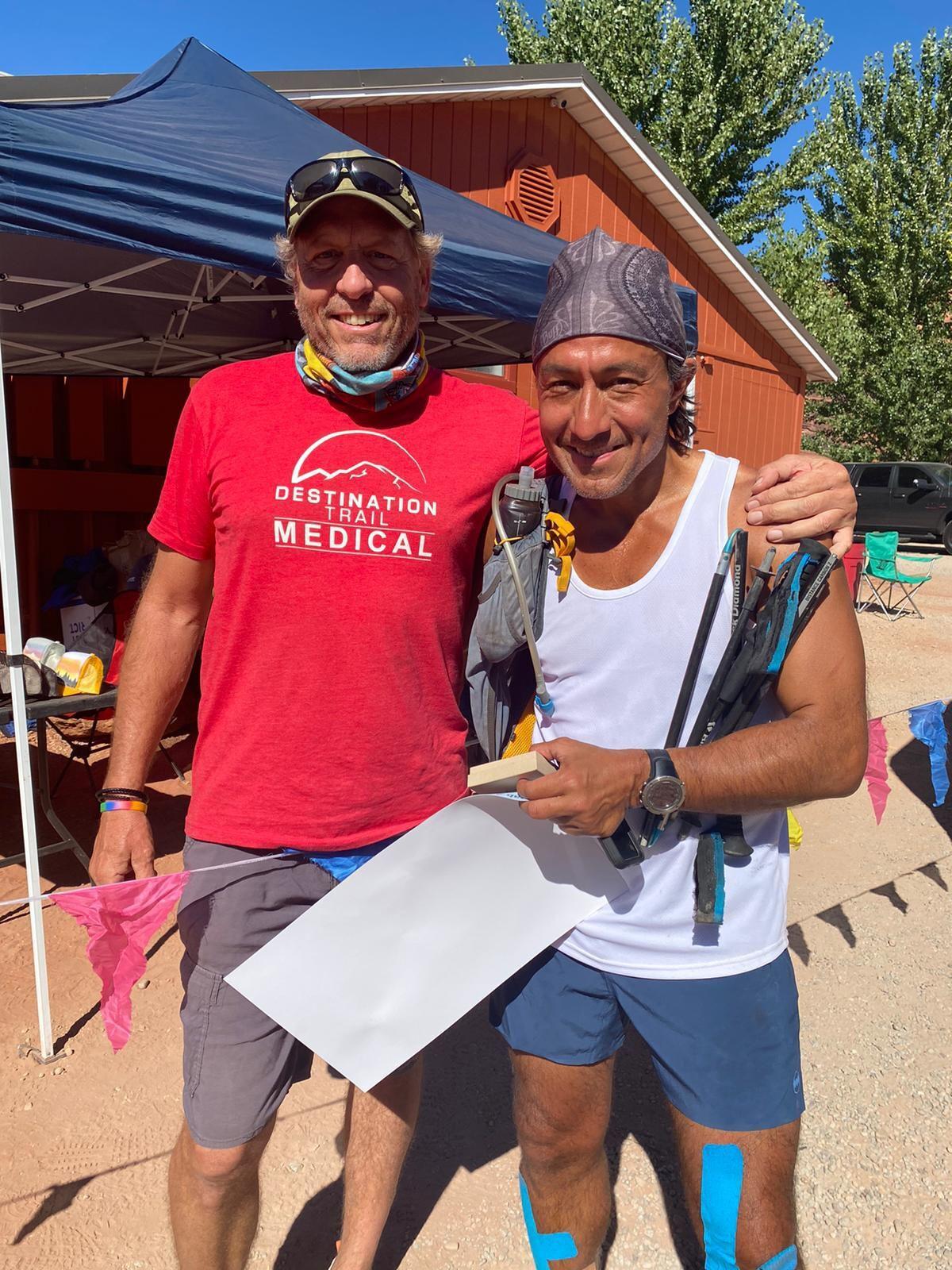