"Our family is looking for a Hail Mary as we race against time. (My husband) Dick has end-stage kidney failure. If you know anyone who is interested in possibly donating a kidney, please have them contact me."

On Wednesday, after months of tests and medical examinations, Crissy Perham, Arizona’s 1992 Olympic swimming gold medalist, will donate her kidney to Dick Franklin at a Denver hospital.

"When I saw D.A.’s post, I was really moved," Perham told me. "My husband Charlie and I are driving from Tucson to Denver on Sunday. The transplant surgery is Wednesday."

This goes far beyond winning a gold medal at the 1992 Barcelona Olympics, or winning NCAA championships in the 100 butterfly in 1991 and 1992, as Perham (then Crissy Ahmann) did at Arizona.

"To say someone’s brave or generous or whatever, this is in a different category altogether," said Arizona’s Hall of Fame swimming coach Frank Busch, who not only coached Perham but became friends with the Franklin family in his role as director of the USA Olympic swimming teams from 2011-2018.

"Crissy had thought about doing this for a long time. Something was tugging at her heart. She wanted to make a difference in life, and if donating one of her kidneys could make that difference, she was going to do it."

If she has any second thoughts, or any fear, it does not show.

"I feel good about it," she said. "All of the doctors have been very meticulous. I’ve gone through so many tests, jumped through so many hoops. They are careful not only about getting the exact match for the person with kidney disease, but also not to hurt the donor. It has been a really long process. I’m excited."

Not only has it been a long process, Perham was a long shot.

It wasn’t until May, after scores of potential donors had been examined, that Perham was identified as a potential match. She underwent blood tests, urine tests, a colonoscopy, a mammogram, you name it.

"I kept moving up the list," she said. "Finally, at the end of June, they told me I was the only person who had passed every test. They asked if I was still interested. I said, 'You bet.' I’m super, super lucky to be healthy enough to be the donor.

"It’s a little crazy because Frank and his wife Patty are friends with the Franklins. He knew Dick had been seeking a donor, but when he found out the donor was me, it was quite a shock. Small world, huh?"

Perham’s recovery process will be quick. She expects to be released from the Colorado hospital in 24 to 48 hours, followed by 10 days of at-home recovery.

"It makes me a little emotional, but in a good way," said Perham. "I’m not a hero in any way. I don’t get any money for it. I’m not trying to get on a reality TV show. If there’s a message here, it’s that you can share your life in ways that extend the lives of others. I hope I can demystify this process and take the fear out of it."

Perham's life has played out like a TV documentary. She moved from Iowa to Benson when she was in high school. Not only was she a cheerleader, she was the only swimmer on the Benson High School team, which meant she had to drive the 47 miles to and from Tucson each day to train at the Hillenbrand Aquatic Center. She became a state champion.

She then won an Olympic gold medal, had a child, survived a divorce, coached Salpointe Catholic’s boys team to the No. 2 finish in the state finals, married an Air Force engineer and became the mother of a standout UA swimmer.

And now, at 52, she’s donating a kidney to the father of a five-time Olympic gold medal swimmer. Amazing.

Wildcats' freshman class an impressive one

The most well-known names from the UA’s recruiting Class of 2022 are, as usual, men’s and women’s basketball players, such as 5-star guard Kylan Boswell, 5-star center Maya Nnaji and, for a change, a 5-star football player, receiver Tetairoa McMillan.

But that’s just the start. When school starts on the UA campus this week, the following six from the Class of 2022 athletes in non-revenue sports are just as coveted and promising. Here’s my Super Six:

• Dakota Kennedy, softball. Perhaps the top outfielder in high school softball last year, Kennedy hit .465 with 13 home runs at Sheldon High in Sacramento. She is a strong candidate to replace Janelle Meoño, who transferred to UCLA.

• Jay Dylan Hara Friend, tennis. Coach Clancy Shields has made Arizona a Sweet 16 men's tennis program and added to his talented roster by signing Friend, a Japanese star who is ranked No. 11 internationally among the freshman class of 2022.

• Brendan Summerhill, baseball. A 6-foot-3-inch center fielder from Whitney Young High School in Chicago, Summerhill had private workouts for the Dodgers and Cubs in June before electing to honor his commitment to play for Chip Hale’s Wildcats. He joins first baseman Kiko Romero of NJCAA national champion Central Arizona College, who hit 25 home runs, as the most high-profile UA baseball newcomers.

• Olivia DiNardo, softball. Ranked the No. 2 incoming freshman catcher by Extra Innings Softball, DiNardo might be able to replace the production of All-Pac-12 catcher Sharlize Palacios, who transferred to UCLA. DiNardo hit a remarkable .764 as a junior at Aragon High in San Mateo, California.

After electing to leave his post as an assistant coach for the Portland Trail Blazers in June, former Catalina Foothills High School and UA basketball player Matt Brase was named head coach of the EuroLeague Pallacanestro Varese franchise last week. Varese is in Italy’s A series EuroLeague. It includes prominent former Pac-12 players such as Tres Tinkle of Oregon State. Brase, who is Lute Olson's grandson, had previously been on the coaching staff of the Houston Rockets. He turned 40 this year.

Intangibles may have helped Sam Thomas

Arizona’s 2022 All-Pac-12 basketball player Sam Thomas was chosen to the WNBA’s All-Rookie team last week. It was initially quite a surprise. Thomas averaged just 4.9 minutes per game for the Phoenix Mercury, scoring just 10 points during the regular season. The Associated Press’ five-woman all-rookie team included Chicago’s Rebekah Gardner, who averaged 21 points; Indianapolis’ NaLyssa Smith, who averaged 13 points; Atlanta’s Rhyne Howard, who averaged 16 points; and Washington’s Shakira Austin, who averaged 9 points and 22 minutes. Thomas’ value at Arizona went far beyond statistics. She was a coach on the floor-type player whose positive attitude was infectious. The WNBA must’ve seen the same things from Thomas in her limited playing time.

As an Arizona freshman and sophomore golfer in 1993 and 1994, Jason Gore won individual Pac-10 championships before transferring to Pepperdine and helping the Waves win an NCAA championship. Gore’s PGA Tour career was so-so — he earned $8.2 million and won a single PGA Tour event — but his post-golf career continues to soar. Last week, Gore was named Senior Vice President, Player Advisor to Commissioner Jay Monahan. Gore will serve as a player advocate who will attempt to strengthen the relationship between the Tour and its membership.

Former Arizona point guard Alex Barcello, who mostly rode the bench in the Sean Miller years, is now a pro. Barcello, who transferred to BYU and became a two-time All-WCC guard, last week joined Kolossos, a Greek EuroLeague team. Barcello played in the NBA Summer League for the Toronto Raptors.

The three leading baseball coaches in the ACCAC have been Cochise College’s Todd Inglehart, now in his 23rd year; reigning NJCAA national champion coach Anthony Gilich of Central Arizona, now in his seventh year; and Arizona Western’s Drew Keehn, now in his 10th year. All are steady top-25 programs. But when Pima College coach Ken Jacome last week hired two of the biggest names in Tucson baseball history — ex-Wildcat All-American and first-round MLB draft pick Brian Anderson and former Tucson High coach Oscar Romero, who won 488 games for the Badgers — to be part of his staff, along with former THS and Pima College shortstop Alex Kelch, heads turned in NJCAA baseball. Jacome already had one of the most formidable coaching staffs in the ACCAC, with Keith Francis, who coached Canyon del Oro High School to 2002 and 2015 state championships; Jason Jacome, a first-team All-American pitcher who played five years in the major leagues; and Gil De La Vara, one of Tucson’s leading high school pitchers, at Flowing Wells, of the last 20 years. If you were a top high school baseball player in Arizona, wouldn’t you be impressed?

My two cents: Pac-12 playing from behind financially

The first tangible results of the Big Ten’s new media rights package — believed to be close to $75 million per school, per year — is that Wisconsin last week announced plans to build a $300 million indoor football practice facility.

That should send a shudder through the Pac-12, which could be fortunate to sign a new media rights deal for close to $35 million per school.

Wisconsin officials said part of its justification for spending $300 million is that Minnesota, Michigan, Northwestern and Notre Dame have completed, or are in the process of completing, football projects worth more than $200 million.

By comparison, Arizona spent close to $100 million combined for both the Lowell-Stevens Football Facility and the Davis Indoor Sports Center in recent years. In college football terms, 2022, that’s the low-rent district.

Wisconsin officials said it will spend some of the new Big Ten media money to close what it called a gap between its football facilities and those at peer schools that could impact recruiting and retaining players.

Arizona and the Pac-12 are playing an entirely different money game.

Men in Black fall 1-0 on Saturday night for their ninth straight loss at Kino North Stadium.

For Star subscribers: The pitching of Susie Parra and a potent offense crushed foes in the 64-3 season.

For Star subscribers: Perhaps it’s foolish to try to pick one of Sunnyside’s 35 state championship teams as No. 1, but the 2022 Blue Devils produced eight boys state champions. 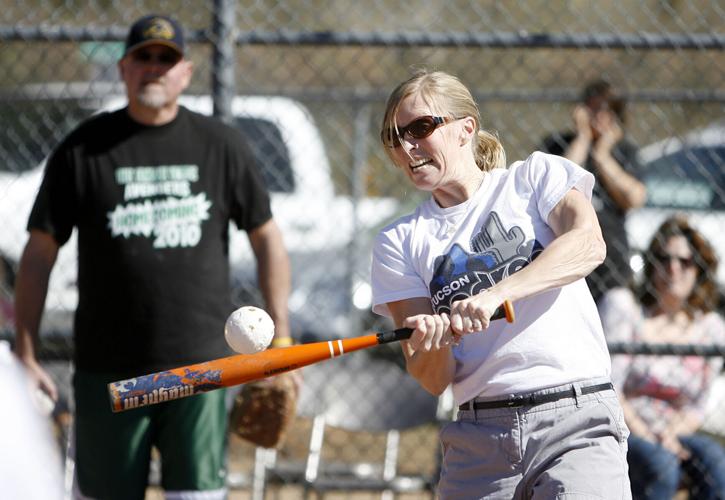 Crissy Perham, shown at a 2011 fundraiser to benefit the victims of the Jan. 8 shootings, is donating her kidney to the father of Olympic swimmer Missy Franklin. 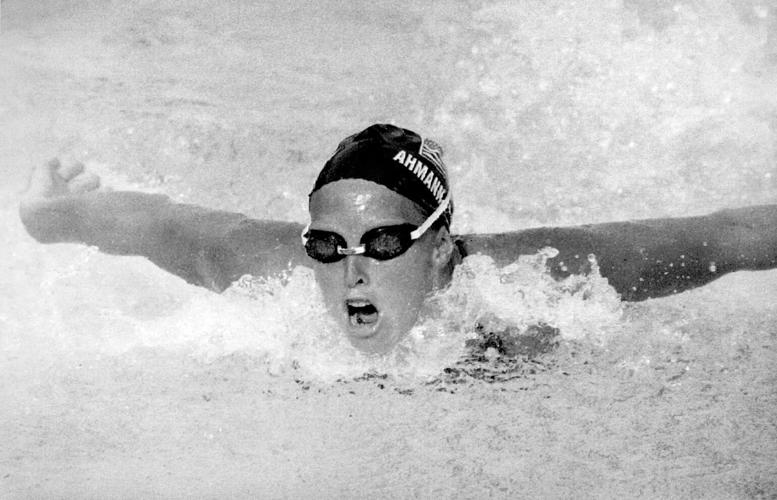 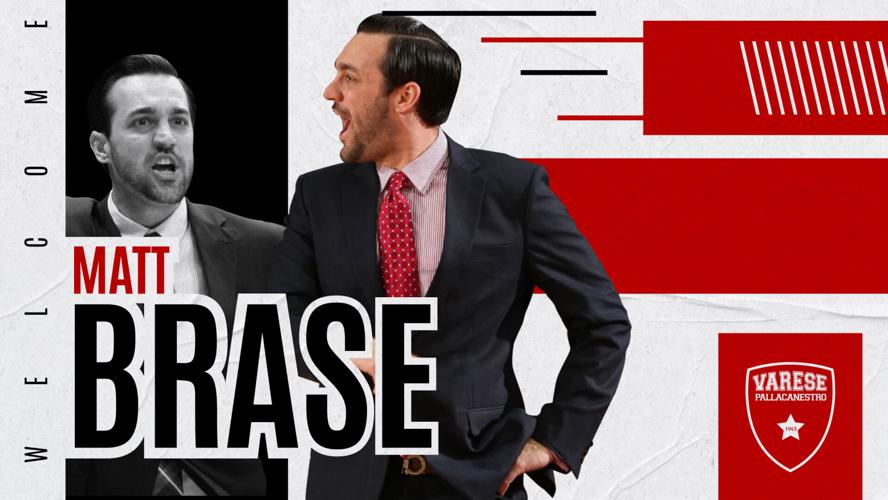 Ex-Catalina Foothills and UA basketball player Matt Brase is the new coach of of Pallacanestro Varese. 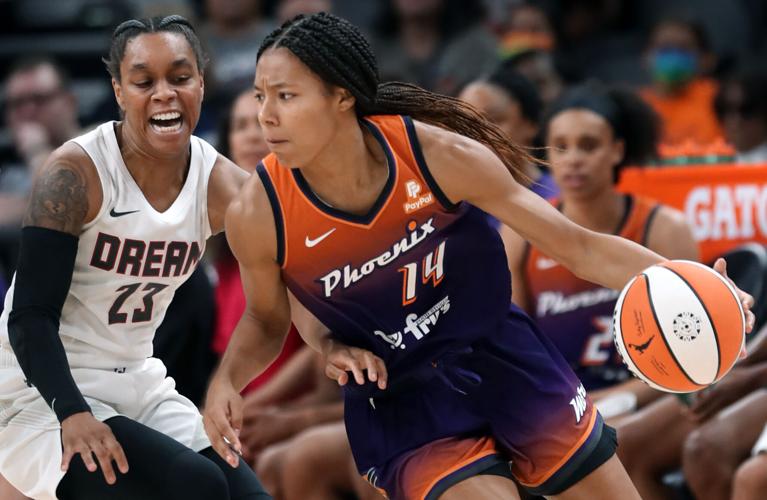 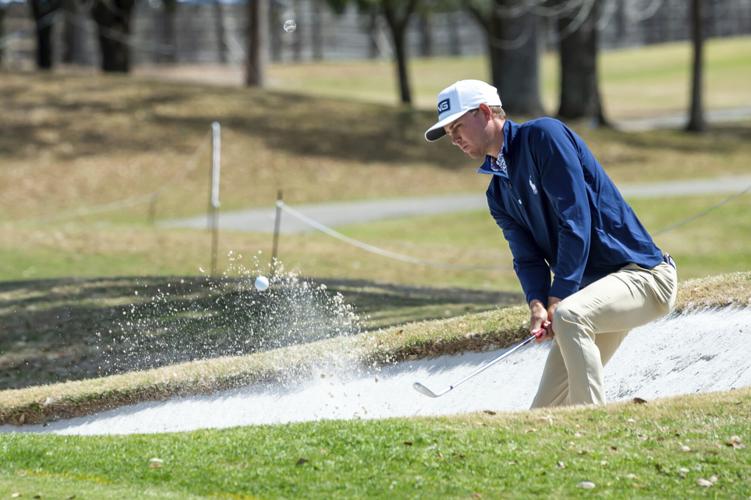