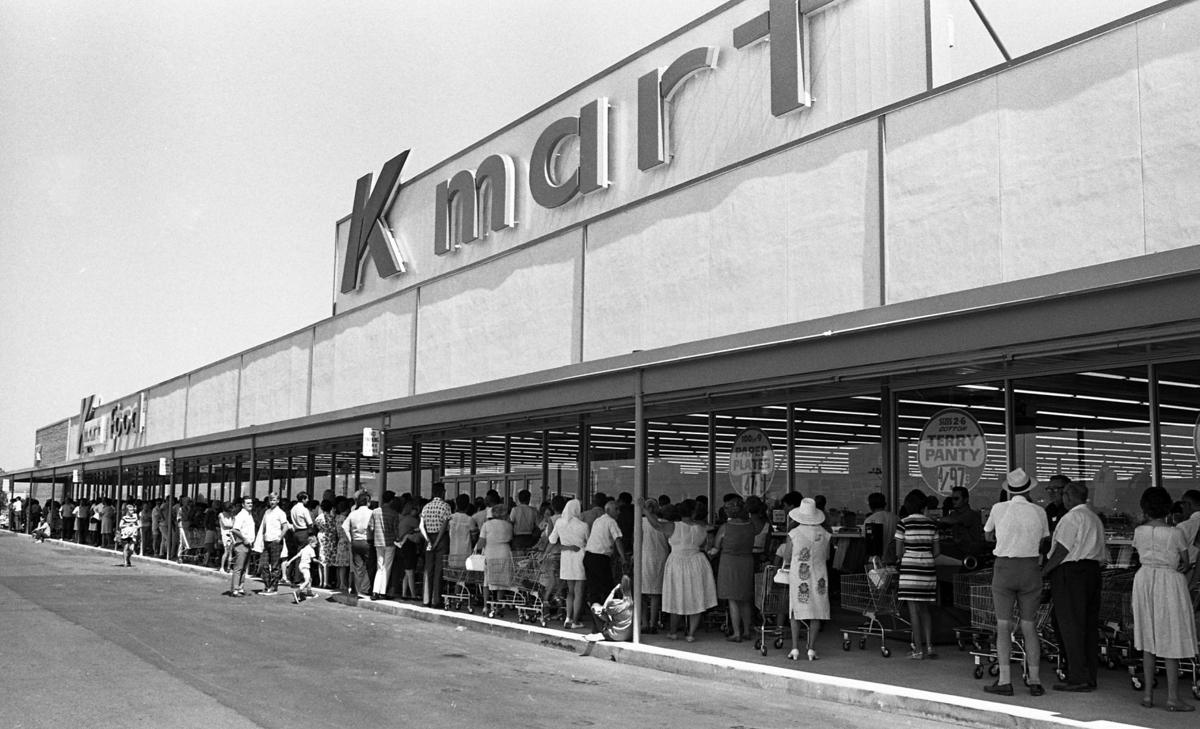 The Kmart at Broadway and Kolb opened to large crowds in June 1970. Tank tops were on sale for $1.44.

The Kmart at 7055 E. Broadway, which opened in 1970, is among 80 Sears and Kmart stores on a new list of planned store closures filed Friday in the company’s Chapter 11 bankruptcy case in New York.

The company closed its Sears store at Park Place Mall in July, leaving Tucson with one Sears at Tucson Mall and a Sears Home Appliance Showroom in Marana.

As part of the last round of 142 store closures after its bankruptcy filing in October, Sears shuttered its only store in Sierra Vista, three stores in the Phoenix area and one in Yuma.

That followed the closure of 46 stores, including one in Yuma, announced in August.

The timing of the new closures was not detailed in the Sears filing, but the company has moved quickly to hold store-closure sales and shutter stores under guidelines approved by the court.

The Kmart on Broadway employed about 150 people in 2009, when its grocery section was dropped and it was converted from a Kmart Superstore to a Big K store.

Kmart, which acquired Sears in 2005, also formerly operated a Kmart Superstore in Marana and one on Tucson’s south side.

Sears Holdings faced a Friday deadline for bids to buy the company’s assets out of bankruptcy, but if it receives no bids, the company faces possible liquidation.

An investment firm run by former Sears CEO Eddie Lampert has floated a $4.6 billion bid for the company, but that bid had not been formally submitted to the court as of Friday.

Sears at Tucson's Park Place mall will close this summer

County will allow public fishing in January at the pond in preparation for the renovation.

Yvonne Ervin, the force behind the Tucson Jazz Festival, dies at 59

The founding director of the Tucson Jazz Society dies two weeks before start of 2019 Tucson festival.

Online signatures should be allowed for initiatives, referendums, lawmaker says

A Q&A with the Wolf Pack’s standout senior, who was part of the Nevada squad that won the first Nova Home Loans Arizona Bowl in 2015.

FLAGSTAFF — Two foxes that were captured in Flagstaff have tested positive for rabies.

SAN FRANCISCO — A man suspected of gunning down a California policeman was in the U.S. illegally and was captured while planning to flee to hi…

Growth was the big story in 2018 as Tucson’s economy began hitting on all cylinders, with local companies including Raytheon Missile Systems e…

Bankruptcies were up 3 percent statewide and nearly 5 percent in Southern Arizona in 2018.

Many mall owners are spending billions to add more upscale restaurants and bars, premium movie theaters, bowling alleys and similar amenities as consumers increasingly opt to shop online. Some have turned space that previously housed department stores over to health clubs and grocery stores. Others are undergoing no less than a ground-up transformation to make room for office space, hotels and apartments.

The Kmart at Broadway and Kolb opened to large crowds in June 1970. Tank tops were on sale for $1.44.