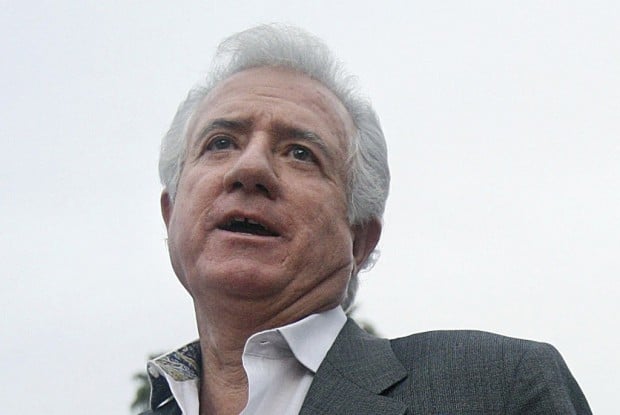 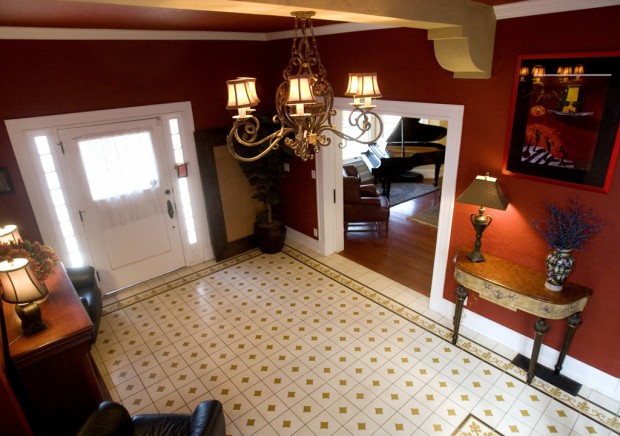 The entry hall of the Rubi House is as colorful and polished as its exterior. 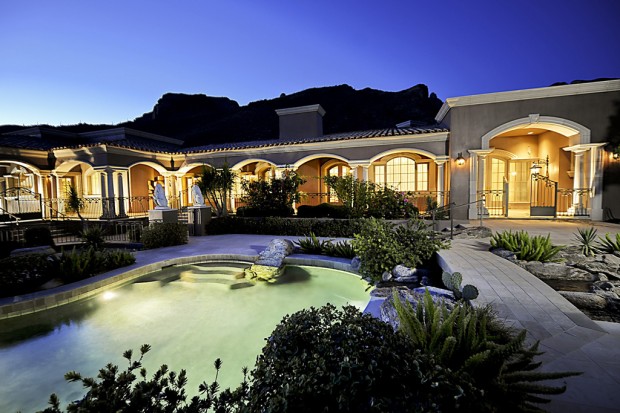 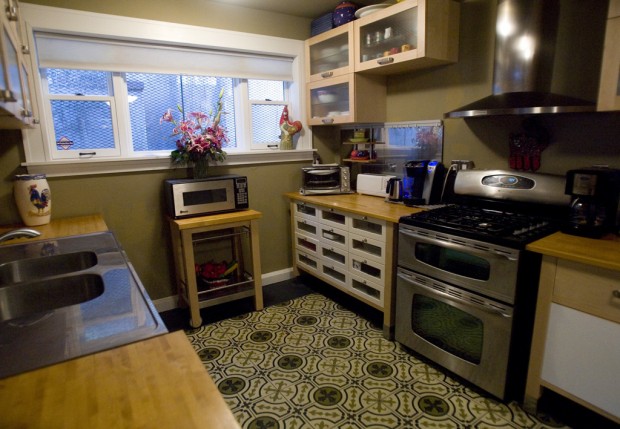 The Rubi House kitchen has plenty of modern upgrades, including stainless steel appliances.

There's something about Tom and Susan Cassidy's downtown house across the street from Armory Park that makes people stop and stare.

Perhaps it's the large arc of columns that dominates the home's facade. Or the strips of blue and copper that accent its bright red roof.

Maybe it's the historic appeal: the home at 175 E. 12th St. was completed in the early 1900s by Owen T. Rouse, a former Missouri state senator who later became a judge and prominent attorney in Tucson.

When the Cassidys bought the home - which is called the Rubi house - in 2004, they paid $530,000, documents in the Pima County Recorder's Office show.

But it was falling apart. "The whole balcony was collapsing," said Tom Cassidy.

The Cassidys, who are booking agents for musicians, poured time and money into the home to restore it. Now, ready to focus on other ventures, they've listed the home for sale.

That may seem steep for a home in downtown Tucson, especially given the depressed state of the local real estate market. But Bryan Durkin, the agent with Long Realty who's handling the listing, said historic properties can demand a premium and are generally insulated from market trends.

"It's such a unique property," Durkin said. "There's no other house in Tucson to use as a comp."

The home's zoning, which allows for both commercial and residential uses, also works in its favor. For a while, the Cassidys operated an art gallery on the first floor of the 3,600-square-foot, Victorian-era house.

But the 2007-2009 widening work that closed Interstate 10 through downtown, and, as Cassidy points out, the newspaper reports warning people to avoid the area, effectively put an end to what was once the Ode Gallery. The Cassidys' sons now live in the house.

It went through several owners and had deteriorated considerably before Pete Rubi, a former county supervisor and justice of the peace, bought the property in 1966 and began a years-long renovation, Allen wrote.

The Cassidys purchased the home after Rubi died in September 2001 and his heirs became involved in a court-ordered sale of the property, Allen reported.

The house, which has been on the market about a week, has already garnered significant interest, Durkin said. Many call to ask what the property might be used for, he said.

The four-bedroom home - which has a mahogany mantel around its dining room fireplace, colorful tile in its bathrooms and the seal of Tucson on its patio - could work as a bed and breakfast or a restaurant, the sellers say.

The Cassidys also own other historic downtown homes that they've restored and now put on the market. They've listed an adobe house at 418 S. Convent Ave. in Barrio Viejo for $499,000. That home was built in 1900.

Another, built in 1928, sits at 496 S. Convent Ave. and is listed for $325,000. Tom Cassidy said he and his wife decided to sell so they don't have to devote time to managing the properties.

Also, new activity downtown, including the construction of UniSource Energy's new headquarters at Broadway and Scott Avenue just around the corner from the Rubi house, made it seem like the right time to put houses on the market.

While the Cassidys are motivated to move the properties, they're not feeling too much pressure to unload them right away.

"We'd like to sell the house, but it's not a fire sale," Cassidy said.

In other news on the luxury home front, the price of the most expensive home on Tucson's multiple listing service has dropped to $7.9 million. The mansion in The Canyons - a premier development near North Alvernon Way and East Skyline Drive - was originally listed for $9.995 million when it went on the market early this year. The home features a 15-seat movie theater and an auto gallery that can hold up to 15 vehicles.

Mike Wilson Says the Rally Could be Over

The entry hall of the Rubi House is as colorful and polished as its exterior.

The Rubi House kitchen has plenty of modern upgrades, including stainless steel appliances.