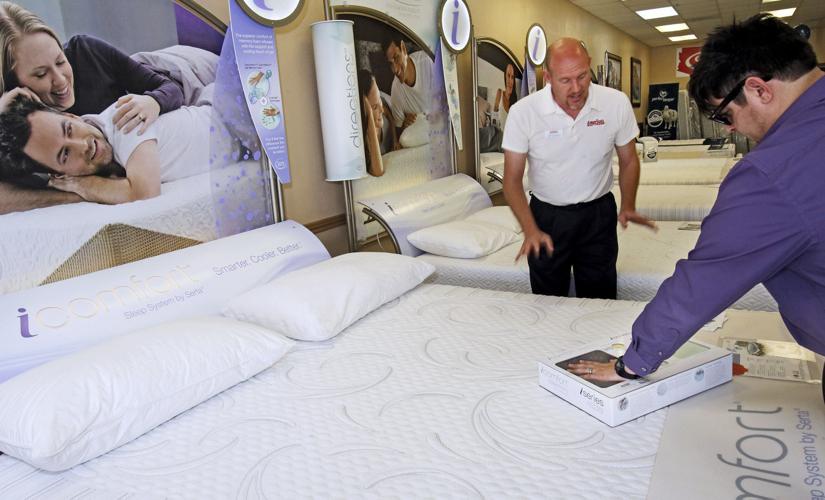 With Mattress Firm controlling most of the market, local store owners like Jeff Saunders have had to adjust. He banded together with other mattress-store owners and changed his store name from Arizona Beds to America’s Mattress. 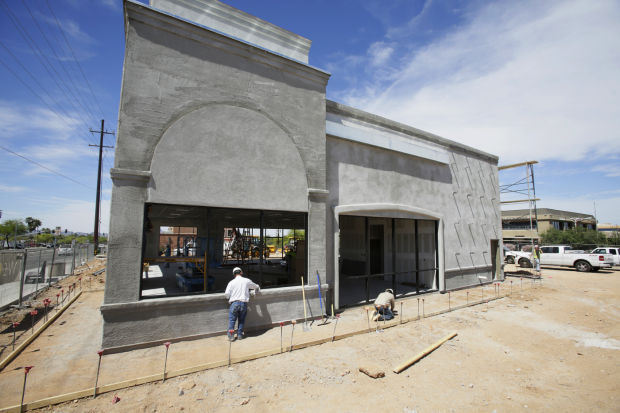 Mattress Firm is coming to the northwest corner of Oracle and Ina roads, part of its strategy to have many stores in “high visibility” locations. It owns BedMart and Sleep America. 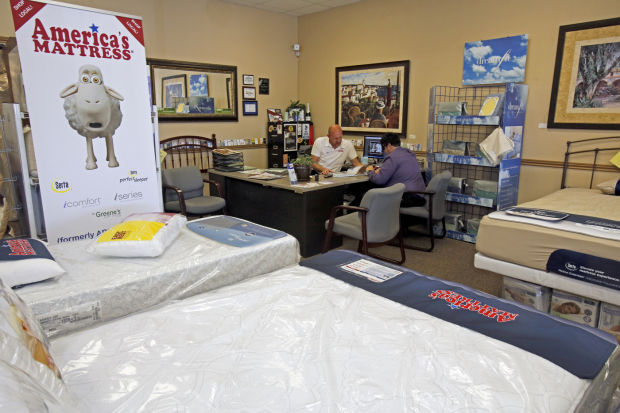 America’s Mattress owner Jeff Saunders goes over brochures with a customer. Nine months after his store opened, a Mattress Firm came to the same plaza. 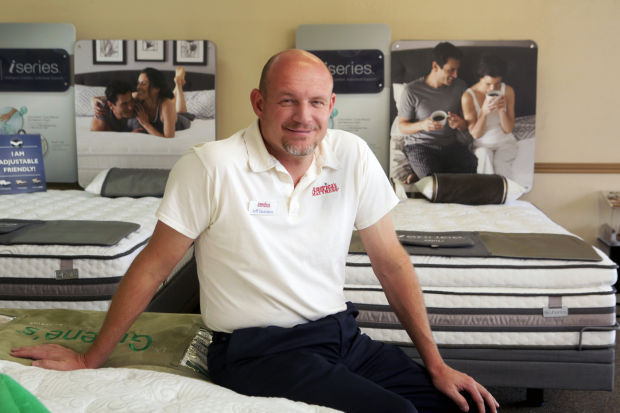 If you’ve bought a mattress in Tucson lately, there’s a good chance it came from Mattress Firm.

In fact, even if you thought you bought it from another store, there’s a good chance it was Mattress Firm.

There’s three Mattress Firm-owned stores within walking distance of the Broadway and Craycroft Road intersection. Three just south of the Tucson Mall. Two almost across the street from each other in Oro Valley. And 21 more dot the greater Tucson area.

You’ll also find two in Green Valley, and one in Sierra Vista.

And there are at least four more leases for new Mattress Firms pending, not including one store under construction now on the northwest corner of West Ina and North Oracle roads, said Greg Furrier with Picor Commercial Real Estate.

So, with all of these stores open or opening, some Tucson customers and local mattress-store owners wonder: How can this many stores stay in operation?

Mattresses cost hundreds or thousands of dollars, depending on brand and amenity. And by the industry’s own recommendation, new mattresses are needed infrequently.

While Mattress Firm suggests replacements every eight years, other studies say there’s no set time. Consumer Reports, for example, recommends simply gauging how comfortable your mattress still is, and taking good care of it by rotating it regularly, using a bed frame that has center support and not letting children jump on it.

Kelsey Martens, a Mattress Firm spokeswoman, said the company anticipates keeping all of the Arizona stores open. As far as the stores that still bear other names, she said the company is “evaluating store conversions.”

The strategy, a company news release says, is to have many stores in “high visibility in high-traffic locations.”

This year’s purchases certainly support that.

The takeover of Sleep America added 45 stores to the company’s base, most of them in Phoenix and Tucson, bringing Arizona’s total to 130. With 85 stores originally in Arizona, including 15 in Tucson, Mattress Firm’s statewide store count has increased 189 percent since August, pushing its growth to more than 2,000 stores nationwide.

“They are controlling most of the market,” said Pat Darcy, head of the retail division of Tucson Realty & Trust. “They are getting great corners here.”

Over its last fiscal year, which ended Feb. 3, Mattress Firm acquired 668 mattress stores and opened 232 new Mattress Firm outlets nationwide, said a March 19 report by Conlumino, a retail research agency and consulting firm. The company’s net sales for the year were $1.8 billion, and its debt stands at $760 million, an increase of almost 250 percent since last year.

Last September, Saunders banded together with other mattress store owners and changed his store’s name to America’s Mattress, a move he made to keep his business alive in a market saturated by chain stores. America’s Mattress is not a franchise, he said.

“We’re just trying to compete with what’s going on,” he said. “It’s about branding more than a lot of things. “We have to give good customer service. Our reputations are based on that.”

Another local owner, Robert Streyar, started Quality Mattress Outlet here seven years ago. He estimates his store, at 4041 E. Grant Road, is taking in about $65,000 less per year in sales since Mattress Firm started opening so many stores here.

He keeps a close watch on his competitors and started offering the same financing options at his store that Mattress Firm offers.

“It’s a small business so I try to keep overhead down as much as I can,” he said.

He said he’s still doing OK, and estimates about 35 percent of his sales are to repeat customers.

“Tucson is very much a small town,” he said. “A lot of people do like to shop locally.”

A-1 Mattress rebrands in the face of overwhelming competition.

Nineteen Tucson-area customers have filed protests with the BBB.

The nation's largest mattress retailer plans to close one of its 19 Tucson-area stores in an initial round of 200 closures, but more are planned.

With Mattress Firm controlling most of the market, local store owners like Jeff Saunders have had to adjust. He banded together with other mattress-store owners and changed his store name from Arizona Beds to America’s Mattress.

Mattress Firm is coming to the northwest corner of Oracle and Ina roads, part of its strategy to have many stores in “high visibility” locations. It owns BedMart and Sleep America.

America’s Mattress owner Jeff Saunders goes over brochures with a customer. Nine months after his store opened, a Mattress Firm came to the same plaza.