Construction of two residential complexes planned for downtown Tucson is expected to get underway early next year, spurred by a federal tax-deferment program.

Plans call for a loft development on the historic Julian Drew Block on East Broadway and South Arizona Avenue, and an apartment complex at the site of the former Planned Parenthood building, just south of that on Fifth Avenue.

The Julian Drew Lofts will have 44 units with ground-floor retail in a five-story structure on the current parking lot at Broadway and Arizona Avenue, adjacent to Charro Steak restaurant, owner and local developer Ross Rulney said. The complex will not have any designated parking available.

The apartment complex will be built south of the Thunder Canyon Brewery and Cartel Coffee Lab strip on South Fifth Street.

The 96-unit apartment complex will be eight stories tall, featuring a mix of studios and one-bedroom models, Rulney said. The ground floor will be the parking area and the living units will be in the seven stories above that. Rental prices for both will be determined as the complexes near completion.

Recent multifamily projects completed downtown have restricted use, either veterans, seniors or affordable housing, though a few complexes opened in recent years are market-rate.

There are also some smaller rental opportunities within mixed-use developments that offer a handful of units.

According to the Downtown Tucson Partnership, there are two additional large market-rate apartment projects under construction downtown.

RendezVous Urban Flats, adjacent to One South Church, will have 104 units and is expected to be complete in early 2020. The Flin (former La Placita Village) will have 243 apartments, with completion expected by the end of 2020.

West of downtown, in the Mercado District, The Monier will feature 122 apartments and developers hope to be finished with that project by the end of this year near Cushing Street and Avenida del Convento.

The University of Arizona and downtown areas have the lowest vacancy rates in the city, at around 3.5%, with an average rent of about $880 in the past year, data from Picor’s Marketbeat Tucson Multifamily report shows.

Near campus, three student-housing developments are in the final stages of construction, two near Park Avenue and Speedway and one on Broadway, east of Euclid Avenue.

Rulney said he proceeded with his complexes on the eastern entertainment end of downtown because there are not a lot of new market-rate rentals in that area, which is designated an “Opportunity Zone.”

The zones were added to the tax code by the Tax Cuts and Jobs Act in December 2017 as a way to encourage economic development in distressed areas.

With proceeds from an unrelated sale, investors can defer capital gains taxes until Dec. 31, 2026, if the profits are used to develop within the zones.

The state of Arizona defined downtown Tucson as an Opportunity Zone last year and the first project to use the designation is the Tucson Convention Center hotel, which broke ground earlier this month.

Rulney, who also owns and is redeveloping the former Benedictine Monastery on Country Club Road, has several commercial projects around Tucson.

“I enjoy negotiating and structuring the business component along with the creativity and design of each project,” he said of being a developer.

Rulney said some people have lamented the loss of the mural he commissioned a few years ago on the west-facing wall of the Julian Drew Block.

He has already contacted the original artist to repaint the tattooed brunette on another wall when the project is done.

Companies will be able to build up to 90 feet high in some areas.

Gains in jobs, population and income are expected to flatten over the next few years, as U.S. economy is expected to cool.

Nutrition One LLC will open at 2537 N. Stone Ave. to prep and deliver meals and snacks.

Letter: Re: the June 1. article “Lofts and apartments coming to eastern end of downtown Tucson”

Re: the June 2 article "Lofts and apartments coming to eastern end of downtown Tucson.”

At its tallest point, the complex will be 84 feet high. 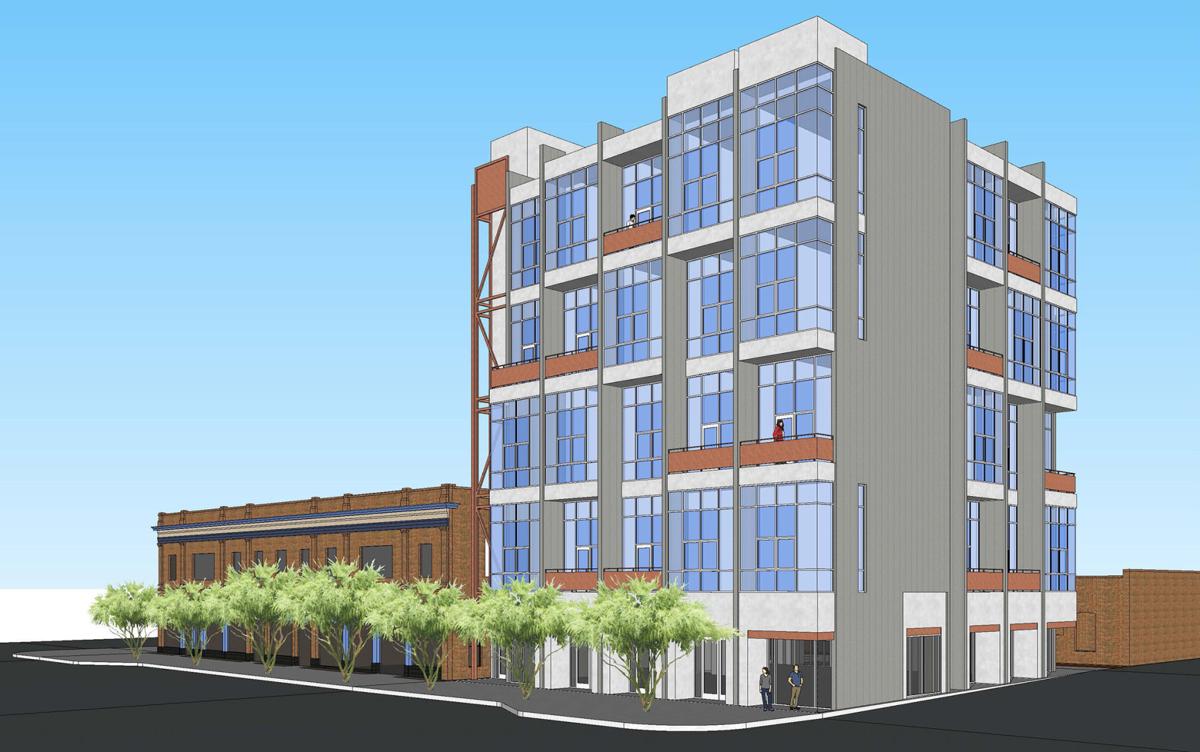 The Julian Drew Lofts on East Broadway and South Arizona Avenue will have ground-floor retail spaces and 44 residential units. 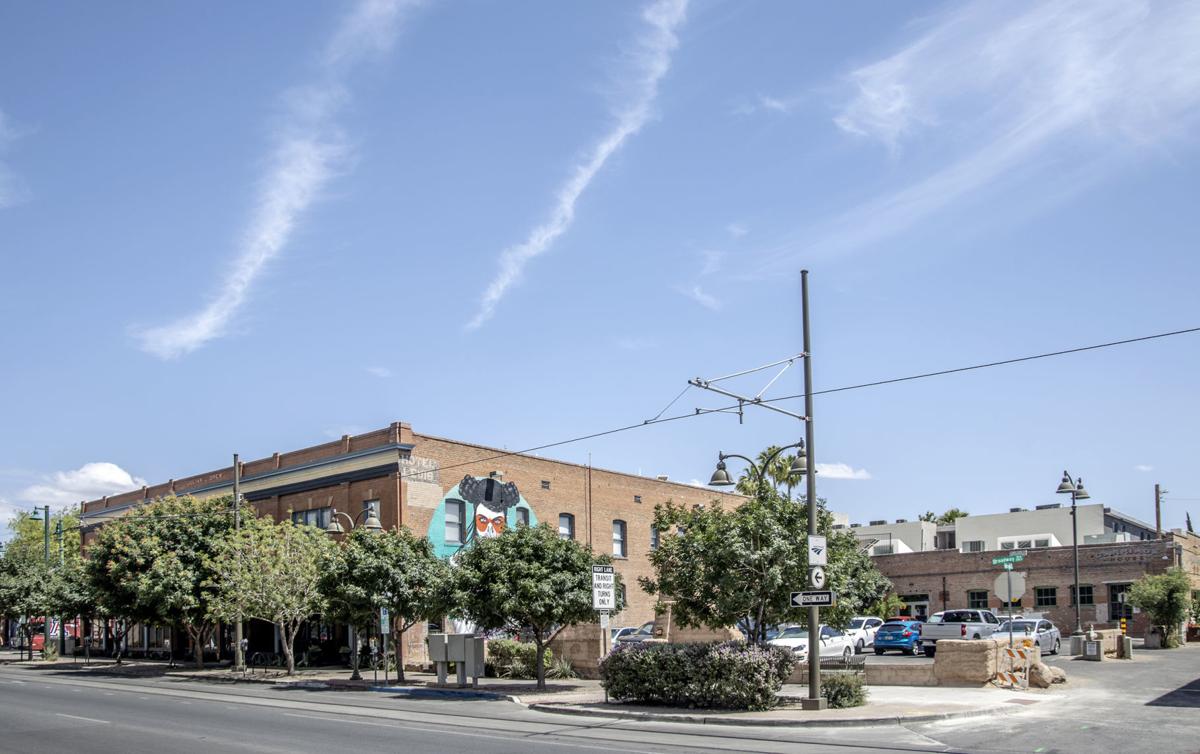 The Julian Drew Lofts will be constructed on this parking lot immediately to the west of Charro Steak restaurant on the historic Julian Drew Block. 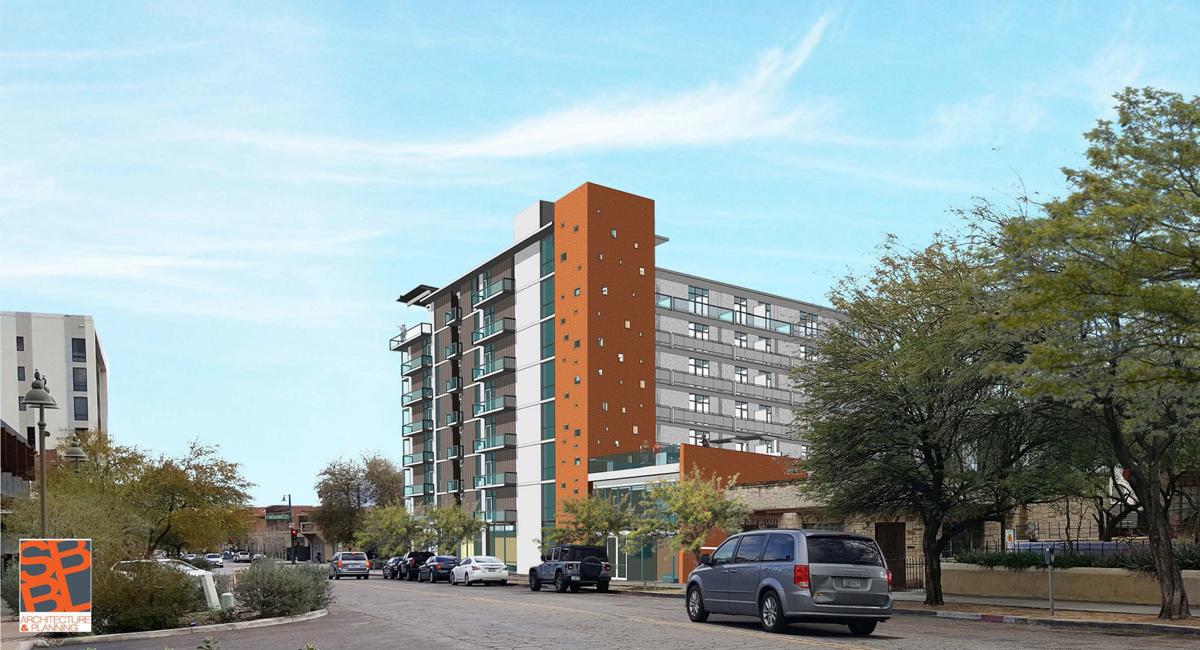 A rendering of the 96-unit apartment complex planned for 127 S. Fifth Avenue in downtown. 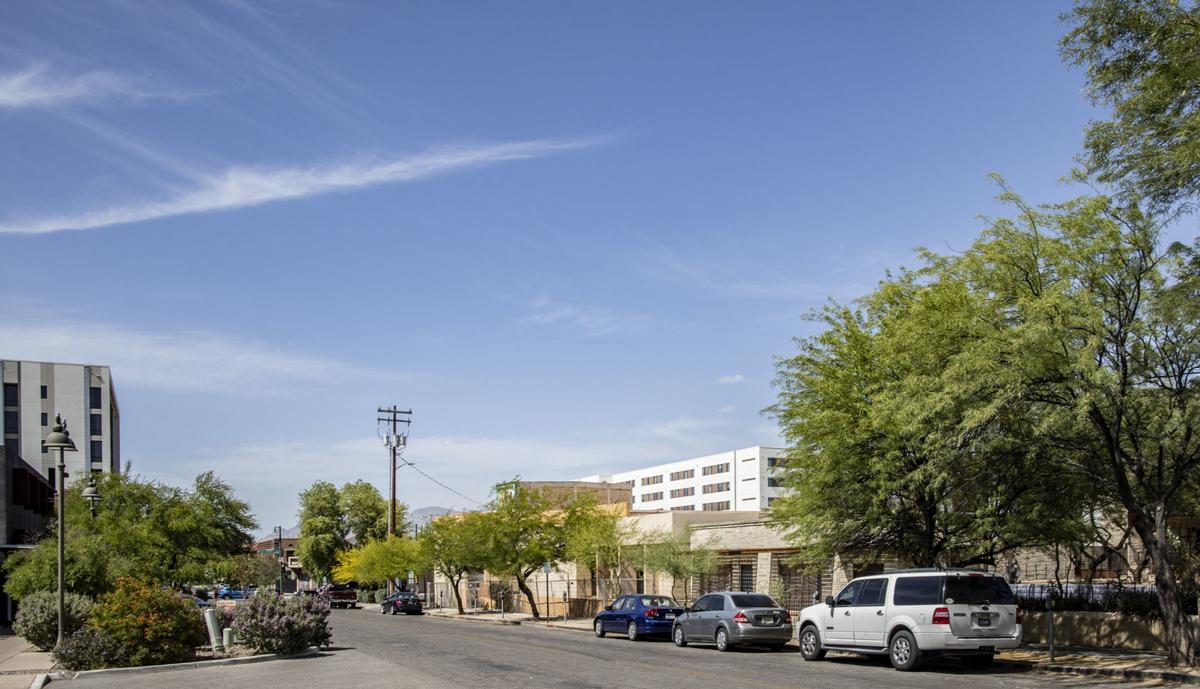 The proposed apartment building would be built on the site of the former Planned Parenthood building south of Thunder Canyon Brewery and the Cartel Coffee Lab.