Startup companies advancing new technologies for water and energy sustainability, robots that roll or fly and solar electric-car charging have joined the University of Arizona’s business incubator program in Sahuarita, after winning sponsorships from the town and the Freeport-McMoRan Foundation.

NeoChloris, Revolute Robotics and SolarSpace were winners of the UA Center for Innovation’s second sponsored launch in Sahuarita and began their six-month residencies at UACI on Nov. 1.

The companies will get full access to center’s offerings including free and flexible office and lab space, a structured incubation program and customized business support.

The startups were picked for their focus on “solutions for real-world problems and their desire to make a significant difference in the local and global community through innovation,” the sponsors said.

The company, formerly known as Gen3 LLC, uses concentrating solar technology licensed from the UA and invented by UA astronomer and Regents Professor Roger Angel, which uses a system of mirrors or sun-tracking mounts to focus sunlight on high-efficiency photovoltaic cells.

The technology has been shown to generate three times the energy while using a fifth of the land area as traditional photovoltaic panel systems, but the company Angel founded to market the systems, Rehnu Inc., failed to gain traction.

Last year, SolarSpace acquired Rehnu and licensed its related technologies from the UA, after a serendipitous visit.

SolarSpace is led by David Vili, a longtime entrepreneur and native of the nation of Georgia in Eastern Europe, who while on a pilgrimage to a monastery in Arizona came across a demo version of Rehnu’s solar tracker at the UA’s Biosphere II in Oracle during a UA event there.

He bought a system for the St. Anthony’s Greek Orthodox Monastery in Florence, and later founded SolarSpace to acquire Rehnu’s assets and is initially marketing the technology to power stand-alone EV chargers in off-grid areas.

The company was founded in the Chicago area based on technologies developed at the University of Illinois Urbana-Champaign.

NeoChloris is part of a federal research consortium studying closed uranium mine sites in New Mexico as a testbed to grow biomass and produce biofuels, while simultaneously cleaning up soil and water.

The company is led locally by Vice President and Chief Technology Officer Charles Stack, who runs a consulting business based in Green Valley.

Revolute Robotics has developed spherical, hybrid robotic vehicles that can roll or fly to reach places other drones can’t go, based on technology developed in the UA College of Engineering.

Sabet and his company were highlighted in Tucson Tech in October after Tech Launch Arizona, the UA’s tech-commercialization arm, awarded Sabet its I-Squared Student Innovator of the Year award.

The UACI’s Sahuarita program, along with a biotech-focused incubator that opened last year, are part of a strategy to establish UACI “outposts” across Southern Arizona, in addition to its main office and incubator at the UA Tech Park on South Rita Road.

Sahuarita, with help from the charitable arm of copper-giant Freeport McMoRan Inc., is trying to diversify its economy from a mainly bedroom community with new tech ventures and last year opened a new technology business center.

“The Town of Sahuarita views these ventures as our farm system, to use a baseball analogy where experienced players train the younger players so that successful players can move on to a higher level,” Sahuarita Economic Development Director Victor Gonzalez said in announcing the awards.

Freeport is happy to help in the effort to diversify the economy in the area, where Freeport operates its open-pit Sierrita copper mine adjacent to Green Valley and south of Sahuarita, said Jessica Brack, community-development manager at the Sierrita operation.

“The work is in direct alignment with our goal of supporting community resiliency through economic diversification and aligns with the priorities identified by both the Green Valley and Sahuarita communities,” Brack said.

For Star subscribers: Tucson-based Raytheon Missiles & Defense systems can destroy enemy drones by crashing into them or by exploding near them.

Robots, lasers and more tech developed in Tucson get spotlight

For Star subscribers: Inventions including sanitizing products and a robot that can navigate the ground and the air are being recognized locally.

For Star subscribers: Tucson's Desert Angels investor group had a statewide  economic impact of more than half a billion dollars in 2019.

Natural-gas bills will be going up in Tucson this winter

For Star subscribers: With wholesale gas prices more than doubling, Southwest Gas, which serves Tucson, says bills will go up this winter.

For the second month in a row, Arizona's unemployment rate is on the decline.

Arizona roadways and airports including Tucson International are expected to be busy this Thanksgiving as travel approaches pre-pandemic levels.

Earlier this month, the UA, through a partnership with the food delivery app GrubHub and Arizona Student Unions, launched a new food delivery service that relies on robots to get the job done. 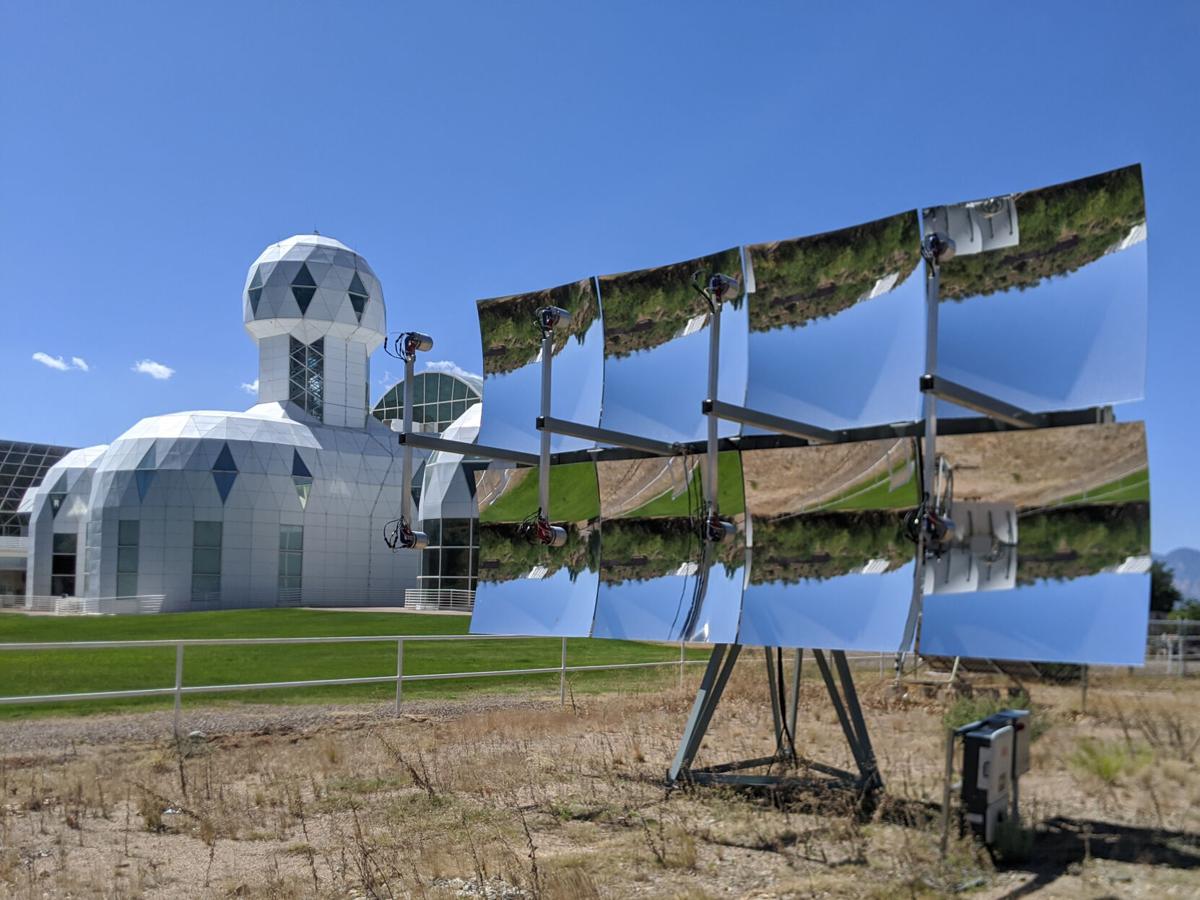 A concentrating photovoltaic solar power generator test unit collects rays on the grounds of the University of Arizona’s Biosphere 2 in Oracle. Entrepreneur David Vili spotted the solar device, installed by a UA tech spinoff, while visiting the area and ended up buying the dormant company’s assets and founding SolarSpace to commercialize the system for off-grid electric-vehicle charging. 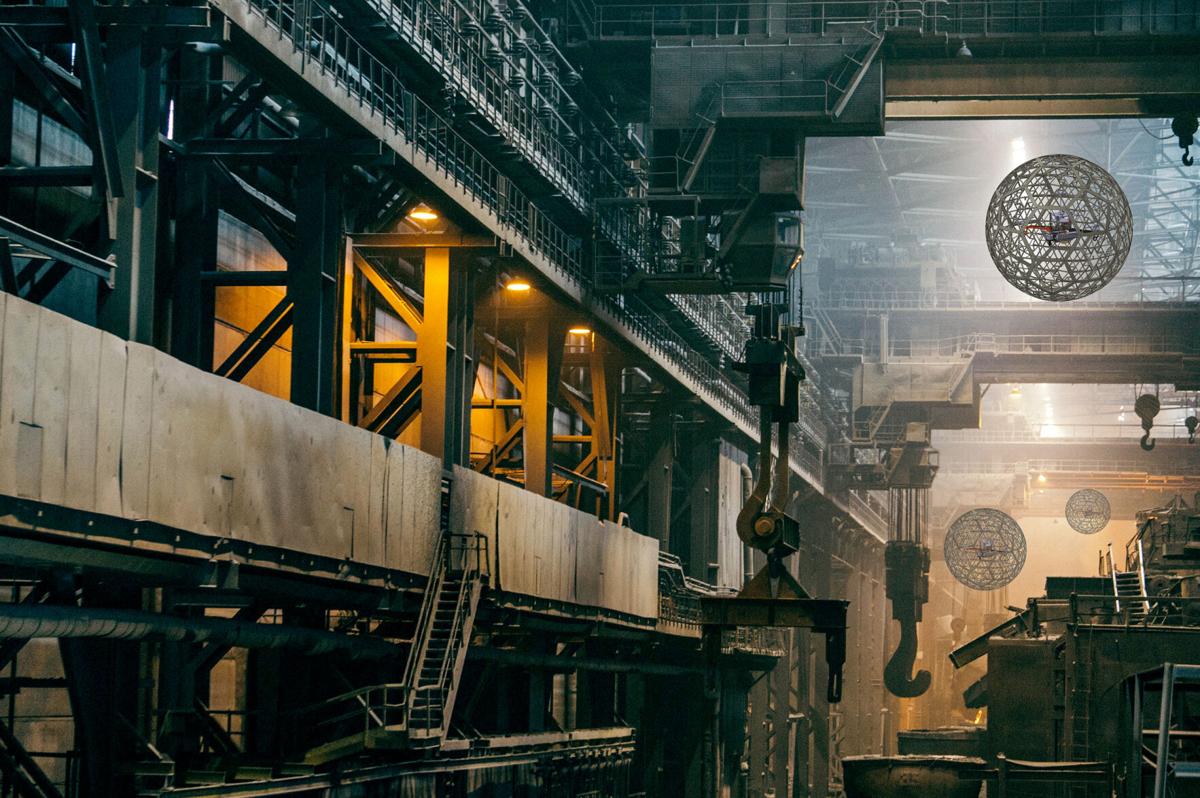 Revolute Robotics’ hybrid robotic vehicles are shown patrolling a warehouse in midair in this artists’ rendering.