Business success, especially entrepreneurial success, is as much about dealing with adversity as it is taking advantage of opportunity.

Everyone would agree that the one industry that faced more adversity in the past year than any other is the hospitality industry, more specifically the restaurant industry.

Chris Squires and his partner John Paul Vyborny are the co-owners of Ten55 Brewing Company at 110 E. Congress St. Their story over the past year is one of nothing but adversity. Their survival and reemerging growth is a great example of why they, and every other restaurant, need support as we begin to exit the COVID-19 pandemic and lockdown.

Squires and his family are longtime Tucsonans. At 17, Squires enlisted in the Marine Corps, and served for eight years. As with many young men, he had a liking for beer. After getting out of the Corps, he was searching for what was next.

One aspect of Squires’ search was dipping his toe into the world of brewing craft beer. This came about because his mother purchased a home brew kit for his birthday. Little did she know what would follow.

Squires made his first batch, and invited his good friend John Paul over to try it out. Vyborny liked it and took a shot at brewing the second batch, and it was even better than the first. Both Squires and Vyborny found something they liked, and they were off and running.

More accurately, they were off and walking. For about two years they honed their brewing skills. They discovered that friends and family love free beer, and they got plenty of feedback to improve the product.

It actually became a business when, with a $600 brewers license, they opened a small brewery in a south side industrial site. It was just Squires and Vyborny for the first year, and they brewed and delivered beer in kegs to bars and restaurants around town. They also had a tasting bar on-site where they sold their beer.

The goal was to get downtown, and they finally made the leap in late 2018. They raised capital and moved to their current location on Congress Street. As Squires called it, Version 2 of the business.

They needed a name. The monogram of a beloved family member who passed away was MLV, which in Roman Numerals is 1055. In his honor Ten55 Brewing Company was born.

They spent weeks practically sleeping in the building. They stripped it down to its bones to get it ready for opening. Mirrored walls were gone. Black paint was blown away. Three different ceilings were removed. A 120-year-old building was brought back to its origins of exposed brick, hardwood floors, and exposed beams.

They hired staff, brought in a chef, and Vyborny assumed the role of head brewer. They launched and were off and running. Business for 18 months was good. Downtown nightlife was growing, weekend business was strong. Staff started with 16 employees, grew to almost 40, and Ten55 became a family.

Which brings us to the last year. March 2020 everything locked down. No business. No customers. No food service. No beer. And, no revenue to pay employees. Adversity reared its ugly head in the worst possible way.

Squires’ Marine Corps leadership and management training kicked in. His goal was to protect his team, his family. Squires and Vyborny pivoted.

Pivot No. 1 was to-go food service. That was a swing and a miss, finding that the quality of the food declined when kept in styrofoam containers for more than 15 to 20 minutes.

Pivot No. 2 was an outdoor patio. They were one of the first downtown restaurants to get one. Downtown Tucson Partnership helped craft the outdoor dining program with the city of Tucson. The city also fast-tracked needed approvals and permits. A revenue stream was opened.

Pivot No. 3 was packaged beer. Ten55 had always sold its beer in kegs. They shifted to cans, partnered with Finley Distributors, and immediately brought in more much-needed revenue.

Rio Nuevo, charged with helping improve downtown Tucson, helped tremendously. It initiated a grant program for downtown merchants and restaurants. As Squires related, the timing on the Rio Nuevo grant was a godsend. The bank accounts were empty, and next week’s payroll was days away.

Ten55 survived 2020 by the skin of its teeth. Weekend revenues are now back at around 70% of the company’s 2019 pre-COVID levels. Unfortunately, weekday revenues are still nearly nonexistent. But, Ten55 is continuing to improve.

Squires, Vyborny, their employees, Downtown Tucson Partnership, the city of Tucson, Rio Nuevo, all of them combined are dealing with adversity in the best way possible. They are pivoting and taking advantage of opportunities.

Two things Squires needs to keep the momentum going: he needs to hire, and there are not enough candidates applying; and most importantly, he needs Tucsonans to come downtown.

Ken Cook is the co-founder of How to Who, a program on how to build strong business relationships. Learn more at howtowho.com.

Loans are available for a variety of functions including start-up funding, starting a franchise, buying equipment, inventory, real estate and more.

Startup Tucson alumni have created over 300 new jobs, and raised over $34 million in invested capital.

Believing in the power of private enterprise, Rio Nuevo works to leverage its assets to grow the economy and the community, Ken Cook writes.

The ripple effect of small businesses on the Tucson economy

When the unexpected occurs, small businesses like insurance agencies enlist other industries to make things right for clients.

This group is working to support business, economic growth in Marana

The work of Marana's Chamber of Commerce supports the community with jobs, commerce and tax revenues, Ken Cook writes. 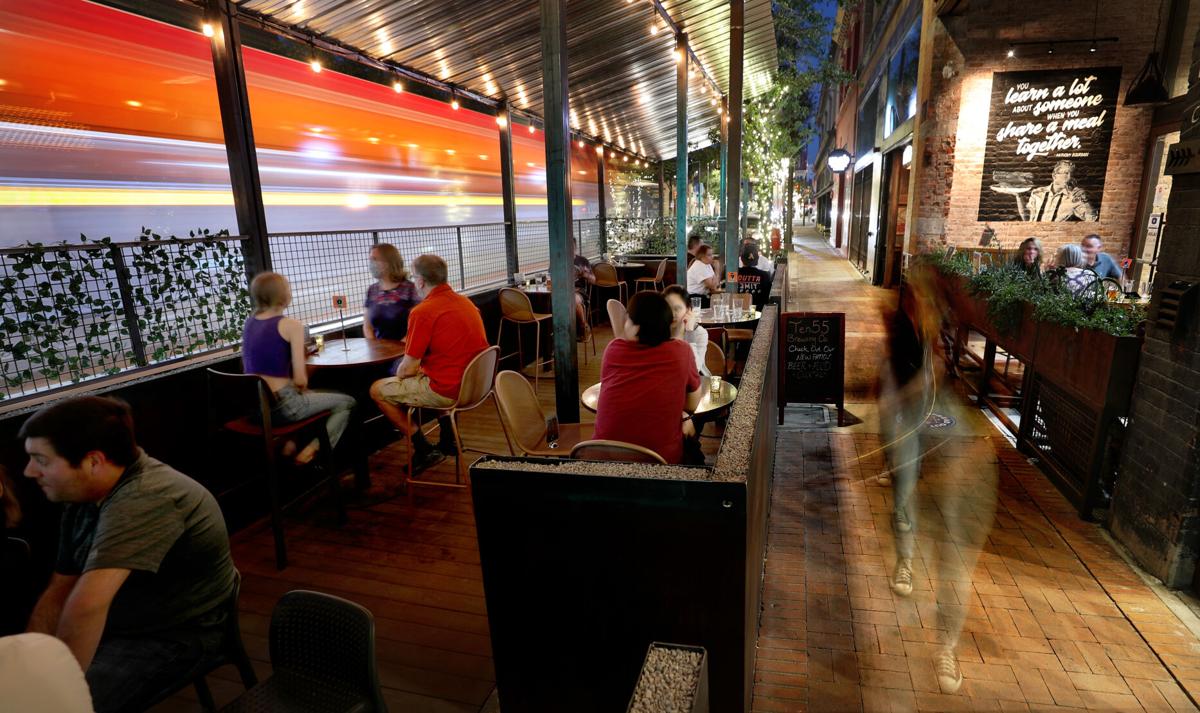 A streetcar speeds past the patio area straddling the sidewalk outside the entrance to Ten55 Brewing, 110 E. Congress, one of the local breweries using patios to adapt to COVID-19 restrictions. 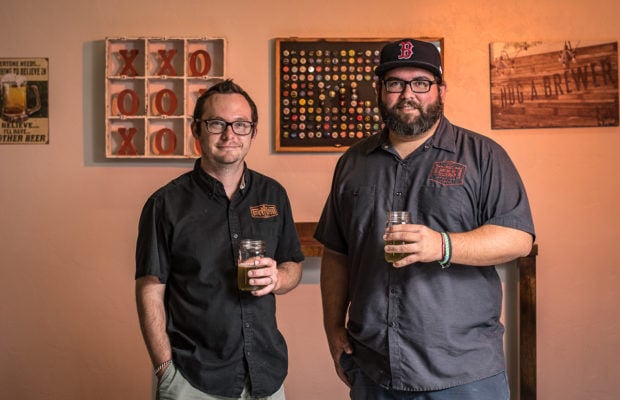