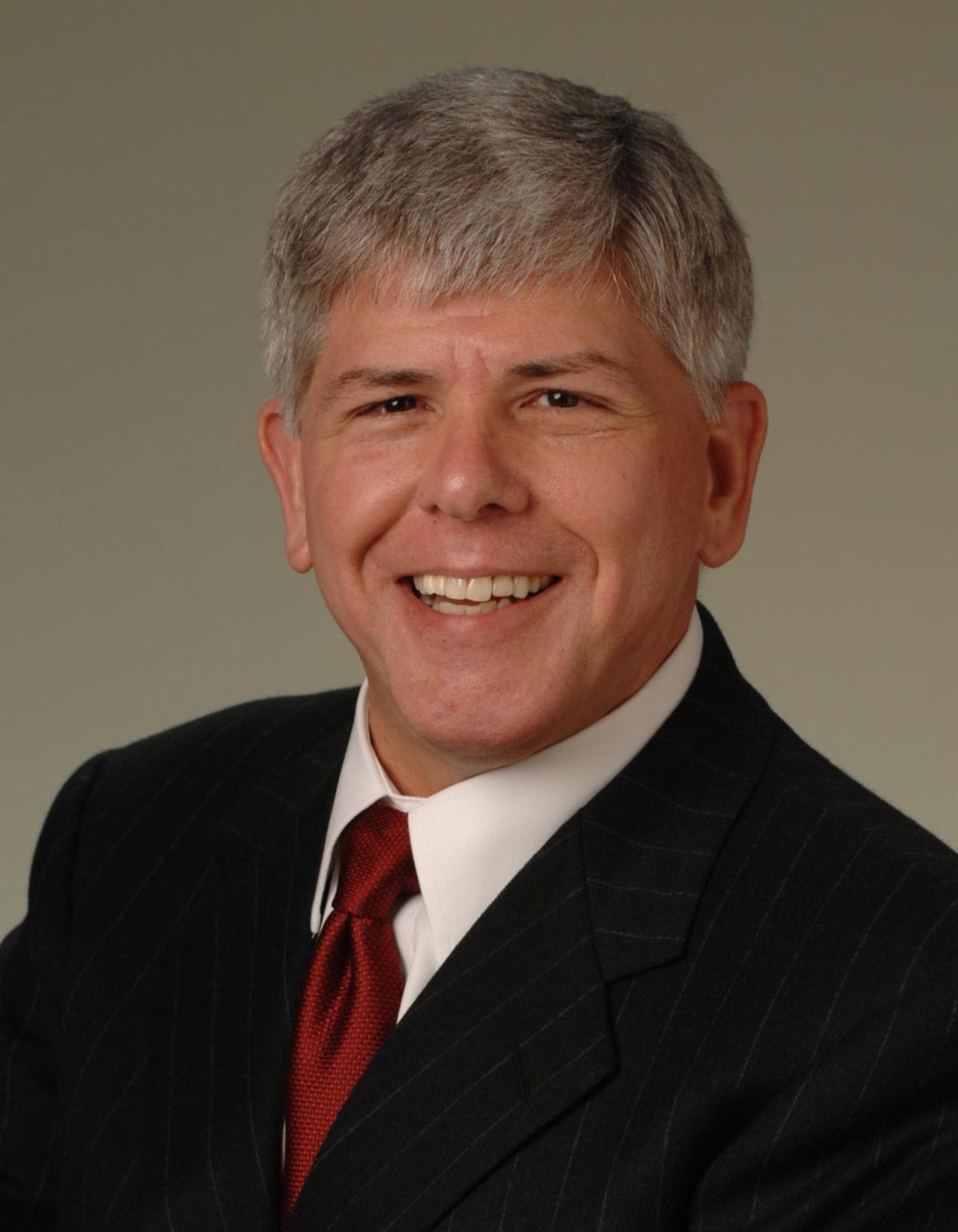 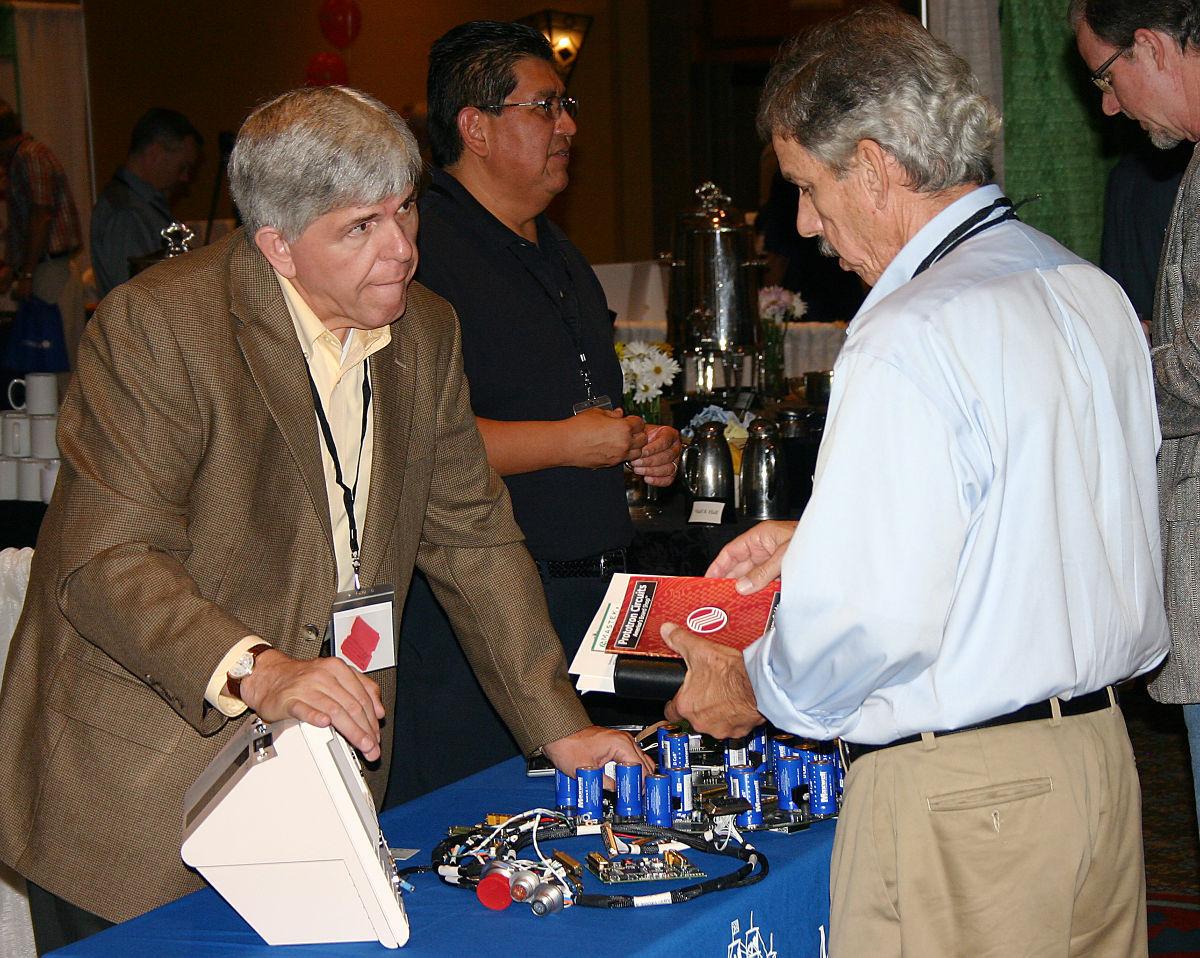 Jeff Sales wasn’t looking for a job last spring when he heard the Arizona Technology Council was looking for a new executive director for Southern Arizona.

Sales is a partner in a small tech firm but found he had extra time, so when a couple of friends told him the Tech Council opening would be right up his alley, he checked it out.

“I went through what they were looking for, and it was like I was checking off all the boxes,” said Sales.

The Harvard MBA spent 20 years as a TV station general manager and eight years as an aide to former Tucson Mayor Bob Walkup, worked as a business-development manager at a local electronics manufacturer and started his own electronics firm about 15 years ago.

“All the things they were looking for, I felt I had a background in, and I was already involved in the Tech Council,” Sales recalled.

Steve Zylstra, president and CEO of the Arizona Tech Council, said he got the same feeling as he went through Sales’ résumé along with more than 50 others.

“Those are valuable skills in any organization,” Zylstra said. “Jeff is a seasoned professional, very refined in his approach to business.”

After acing the final interview, Sales was named executive director of the Tech Council’s Southern Arizona operation in late July.

In his new role, Sales is responsible for all aspects of the council’s Southern Arizona operations, including event management, membership development, marketing, public policy, and community relations.

A big focus of Sales’ mission is to grow the council’s membership in Southern Arizona.

The council has about 825 members statewide, including about 135 in Southern Arizona.

The council holds regular “Lunch & Learn” sessions in which members or guest speakers talk about tech and business topics, along with informal networking events including “After 5 Tech Mixers.”

Though he has a policy background and will represent the Tech Council locally, Sales says he’s focused mainly on bringing strength in operations to the Southern Arizona organization.

“One of the things I believe I bring to the organization is that operations background,” Sales said. “I believe the Tech Council’s primary job is to support its members, and if I can do that in a way that benefits everybody and grows the organization so it has the kind of clout that it needs to support the members, then it’s a kind of organic-growth thing.”

Zylstra said Sales’ strong sales background is a big plus.

“You’ve got to have the ability to sell the vision of the organization, sell the benefits, and you’ve got to be a leader,” he said. “You have to pretty versatile, and I think Jeff has all of that.”

The Tech Council gig is just the latest chapter for Sales, 62, who grew up in a small town near Cincinnati.

He graduated with a bachelor’s degree in communications from the University of Cincinnati before attending Harvard Business School and graduating in 1979.

“I was the one admissions error,” Sales joked of his Harvard admittance.

He went to work in the broadcast industry and was general manager at several TV stations over 20 years, becoming known for turning around troubled media outlets.

He first came to Tucson in the mid-1990s to run KOLD-Channel 13, and after one last stint as a TV station manager in Orlando, Florida, he returned to the Old Pueblo and launched Arizona Engineered Products, which sells GPS-based tracking and control systems.

At the same time, from 2012 to 2016 Sales worked as business-development manager for Mastek-Innerstep, a local contract electronics manufacturer and Tech Council member.

Sales says he’s still settling into the job, but one thing he’d like to do is strengthen ties with other local business groups, to help connect people and resources.

While at Mastek-Innerstep, Sales was involved with the company’s work with the Southern Arizona Manufacturing Partners, or SAMP, an industry-led initiative to boost industrial skills through support including internships for high school Joint Technical Education District and Pima Community College students.

Sales says SAMP is a good example of what can be done when industry partners with local institutions, noting that Pima is now focused on working to help fill information-technology jobs.

“I’m going to stay involved with SAMP because that’s a situation where we can help align business with education, with jobs, and SAMP is an extremely good example of how that all came together,” Sales said.

Wage growth may be connected to the increase in Arizona's minimum wage.