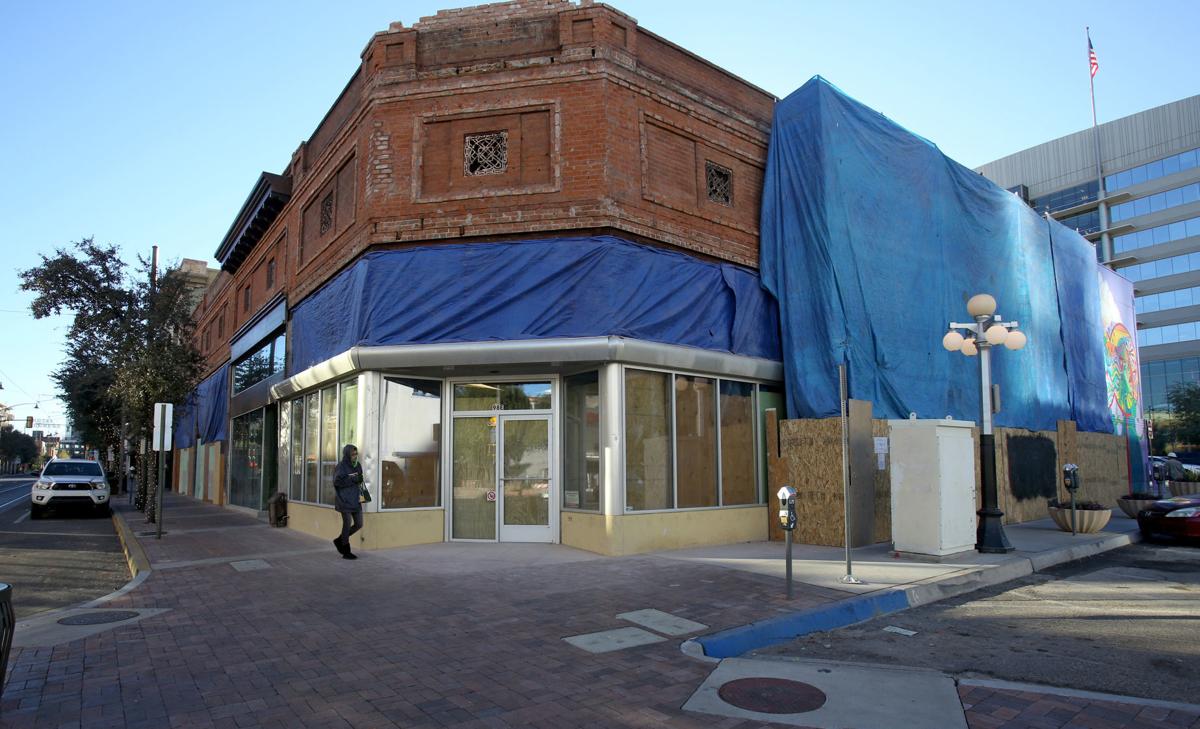 A $10 million project approved by the Rio Nuevo board will add three floors to the former Wig-O-Rama at 98 E. Congress St. 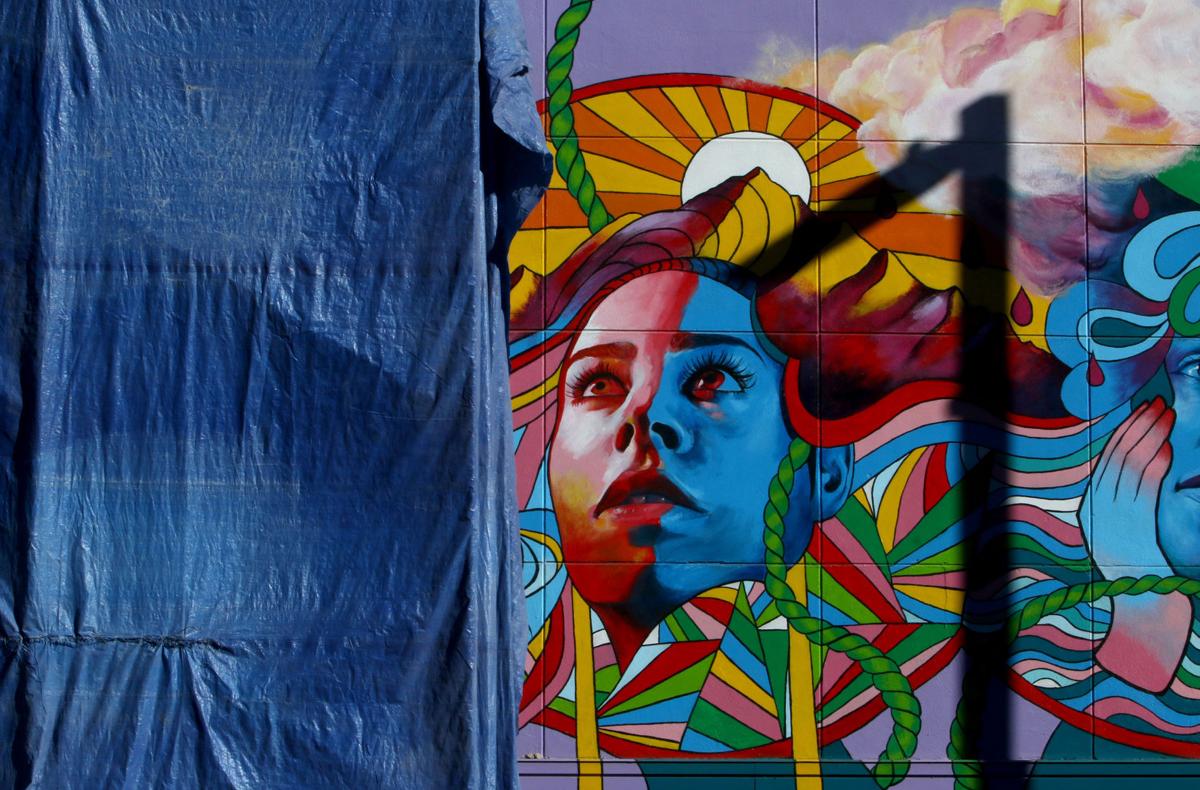 A blue tarp conceals workers with Sunstate Contracting. At right is a mural by Jessica Gonzales.

Workers are peeling back stucco to reveal a historic brick facade of the downtown building perhaps best known as the former home of Wig-O-Rama. Owners are preparing to open the property for businesses including a local craft brewhouse.

As they go, workers have been repairing the broken brick relief of the facade with original brick from the inside of the building at the southeast corner of East Congress Street and South Scott Avenue, said Ron Schwabe, owner of Peach Properties and partner on the project with local developerMarcel Dabdoub.

The facade will not be fully restored but will be rehabilitated to close to its original design, Schwabe said.

The property, which actually encompasses 98, 100, 108 and 110 E. Congress St., was purchased by the partners in May. Peach will manage the property.

It was originally called the Central Block building when it was built.

Assessor records show it was constructed in 1912, though Peach Properties’ review application to the Rio Nuevo District says it appeared on a 1901 map.

Ten 55 Brewing has signed a lease at 110 E. Congress and plans to open a bar and restaurant there in the first quarter.

Schwabe said the partners have a letter of intent from a prospective tenant who plans a “bookstore-bar concept” for one of the spaces.

The corner spot at 97 E. Congress, occupied by Wig-O-Rama for more than 30 years, is still unleased, but discussions are ongoing with potential tenants including coffee shops, Schwabe said.

No, Paula Poundstone did not burn down Wig-O-Rama

A year after a fire demolished a downtown building, it remains vacant. Its back wall — demolished shortly after the January 2013 blaze — is st…

Wig-O-Rama owners in dispute with tenants

A legal dispute continues more than two years after a fire on Congress Street.

Trump says East could use some 'global warming' this weekend

In your recent article, you neglected to mention that the exquisite mural (by local artist Jessica Gonzales) on the Scott-facing side of the b…

A $10 million project approved by the Rio Nuevo board will add three floors to the former Wig-O-Rama at 98 E. Congress St.

A blue tarp conceals workers with Sunstate Contracting. At right is a mural by Jessica Gonzales.