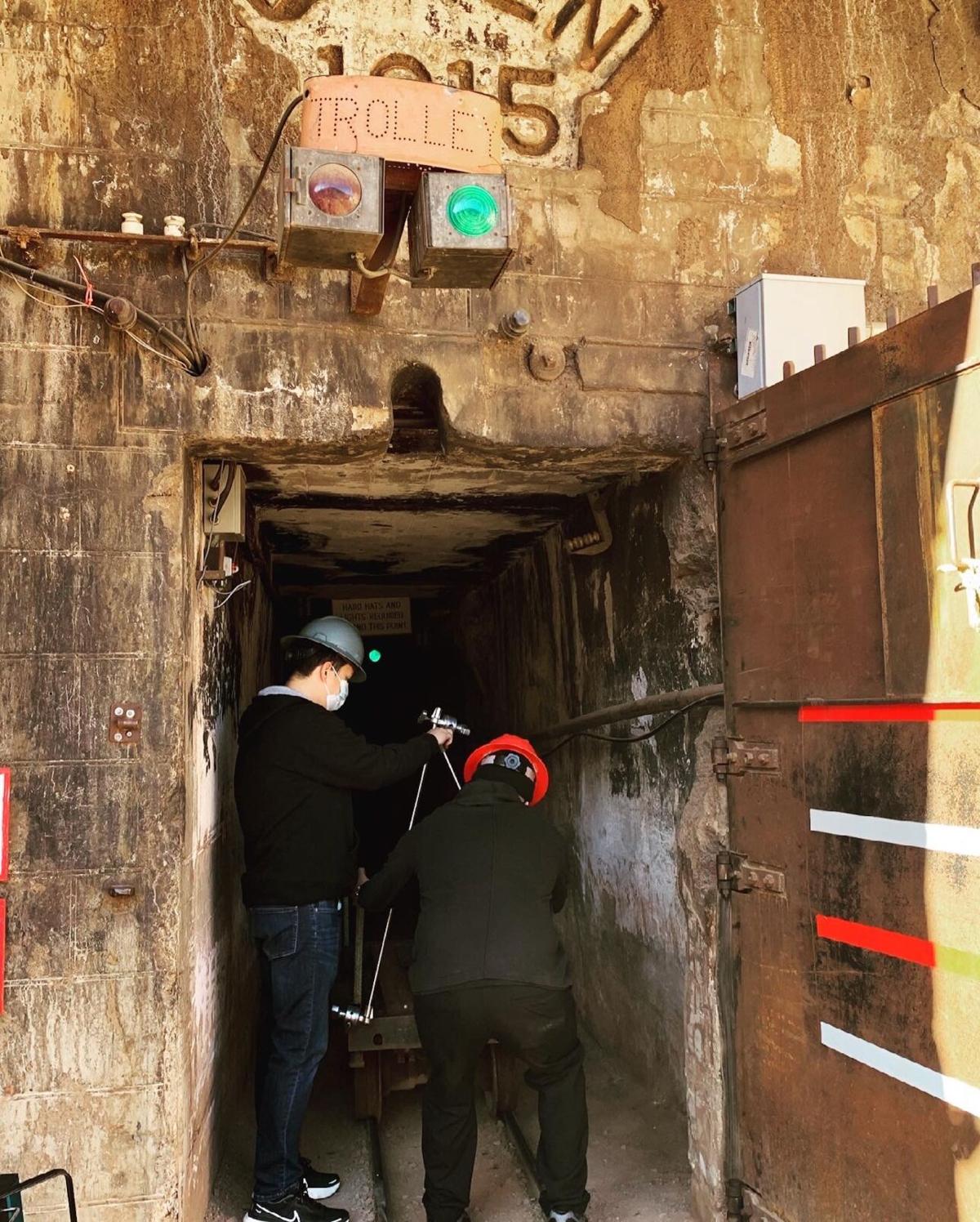 A film crew shot some of the Bisbee scenes for Arizona Opera’s new commission, “The Copper Queen.” The film will be shown in October to kick off the opera’s 2021-22 season. 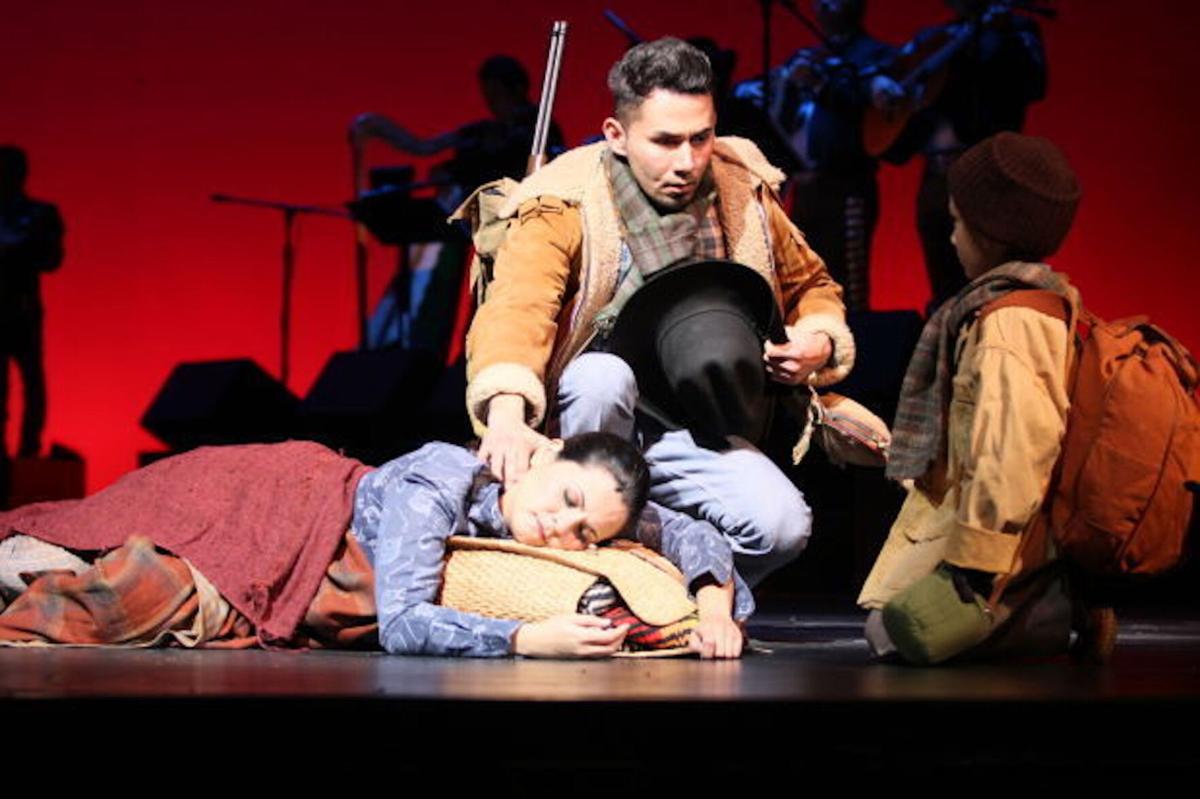 In December, Arizona Opera will mount its second mariachi opera, the holiday-themed "El Milagro del Recuerdo (The Miracle of Remembering)." The opera is a prequel to "Cruzar la Cara de la Luna," the first-ever mariachi opera the company presented in 2014.

After a year of hosting virtual recitals and dreaming aloud about reconnecting with a live audience, Arizona Opera is going back on stage for its historic 50th anniversary season in the fall.

But the company, which presents operas in Tucson and Phoenix, will tiptoe back, opening the season with a film of its second world premier, the Bisbee-centric opera “The Copper Queen.”

The company will hold its first rehearsal this week and plans to film the piece at its Roma and Raymond Wittcoff Black Box theater in Phoenix, said President and General Director Joseph Specter.

“The Copper Queen” was originally slated to be presented live in the 2020-21 season, but those plans were shelved in response to the COVID-19 pandemic. The company switched gears and decided to film the opera, but “we really had to wait until we could provide a safe environment for the cast and creatives involved in the show,” Specter said.

Arizona Opera had to halt its 2019-20 season last spring before it could put on its season finale of Richard Strauss’s “Ariadne auf Naxos.” It would have been the first time the company had staged the work in more than 25 years.

Since then, Arizona Opera, like most Tucson arts organizations, shifted to the virtual stage, which meant scrapping the five operas it planned to mount and substituting recitals in their place.

But through it all, Specter said, Arizona Opera’s supporters and donors stuck with the company, helping it to survive financially in a time that many companies nationwide have struggled.

“I think that we have to have the humility to say that this has been such an incredibly challenging time for our company and our community and the world as a whole,” Specter said. “I think we are grateful for the outpouring of support that has gotten us to the point where we can announce this season. The community has risen to the occasion and we are in a strong position to rise in the new season.”

Arizona Opera, which was launched in 1971 as the Tucson Opera Company before expanding to Phoenix five years later, has produced more than 170 fully-staged operas and concerts in its 50 years. Specter joined the company in 2016 as its eighth general director.

The 2021-22 season opens with “The Copper Queen,” airing in October on the company’s on-demand site, ondemand.azopera.org. The film, being produced by an all-female cast — a first for Arizona Opera — tells the story of Julia Lowell, a resident in 1910 of Bisbee’s Copper Queen Hotel who was forced to live in captivity to service the town’s men. The opera was composed by Clint Borzoni with a libretto by John de los Santos.

On Dec. 11 and 12, Arizona Opera’s McDougall Red Series will feature the holiday-themed mariachi opera “El Milagro del Recuerdo (The Miracle of Remembering),” a prequel to “Cruzar la Cara de la Luna,” the first-ever mariachi opera which the company presented to critical acclaim and sold-out audiences in the 2014-15 season. “El Milagro” was composed by Javier Martinez, the son of the late José “Pepe” Martinez, who composed “Cruzar la Cara de la Luna” and was music director of Mariachi Vargas de Tecalitlán.

Arizona Opera will be only the second company to stage the work since Houston Grand Opera premiered it in December 2019.

In March, the company is doing the opera version of Stephen Sondheim’s “A Little Night Music.” The performance, coming to Music Hall March 12-13, is a first for Arizona Opera.

The season ends April 16-17, with a new production of Mozart’s opera buffa “Cosi fan tutte.” This is the first time the company has done the piece since its 2009-10 season.

Season tickets go on sale May 3 through azopera.org, with priority given to current season subscribers.

The exhibition, located in the Tubac Presidio State Historic Park, features 11 artists who have made a special connection with the Sonoran Desert.

Put on your best heavy metal look and 1980s big hair for this parking lot concert in Marana.

After you've gotten your Pfizer or Moderna, decide which Tucson nightspot has the next best shot for you.

Learn what's behind these large-scale works by Tucson sculptors

The pieces are part of SculptureTucson's sculpture garden, that currently has 20 works from local and regional artists on display.

A film crew shot some of the Bisbee scenes for Arizona Opera’s new commission, “The Copper Queen.” The film will be shown in October to kick off the opera’s 2021-22 season.

In December, Arizona Opera will mount its second mariachi opera, the holiday-themed "El Milagro del Recuerdo (The Miracle of Remembering)." The opera is a prequel to "Cruzar la Cara de la Luna," the first-ever mariachi opera the company presented in 2014.