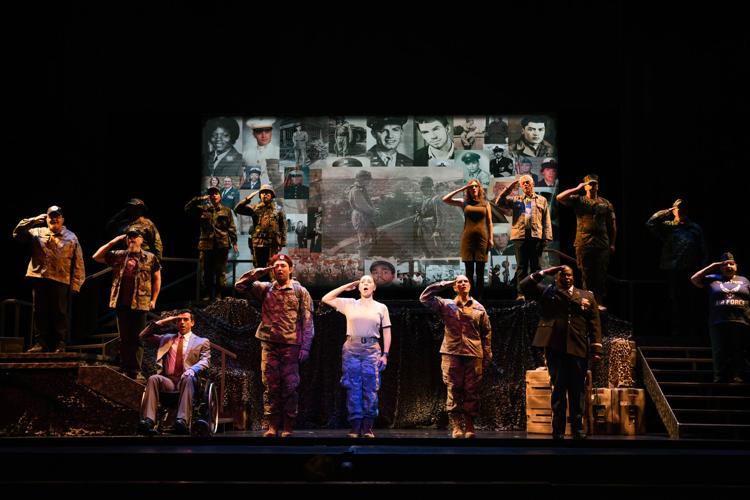 “The Falling and the Rising” gives audiences a glimpse at modern military life through the lens of soldiers who live it. 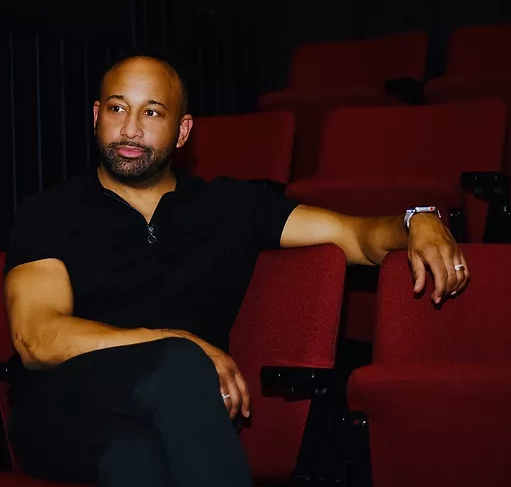 Dennis Whitehead Darling, stage director for "The Falling and the Rising"

Here’s a first for the opera world: The United States Army has commissioned an opera.

This weekend, Arizona Opera will present “The Falling and the Rising,” a new work based on the true life stories of soldiers returning from battle that was conceived and commissioned by the Army Soldiers Chorus.

Arizona is getting in on the work’s infancy; the piece has only been performed a handful of times since its 2018 premiere at Texas Christian University in Fort Worth, which provided funding for the project. Performances were planned for 2020 and 2021, but had to be postponed because of the pandemic.

“It is so compelling and so inspirational,” said stage director Dennis Whitehead Darling. “When I saw this in Memphis, it was my husband and a couple friends and we were just in tears. And how often does that happen in opera. … It’s a powerful piece.”

So how did the Army end up in the opera biz?

It all started with aspiring opera singer Benjamin Hilgert, who joined the U.S. Army Soldiers Chorus in 2010. The chorus, under the umbrella of the Army Field Band, travels around the country putting on concerts as a way to introduce Americans to their military.

“We bridge that military divide,” the 41-year-old father of three said in an interview from his home outside Baltimore, where the band is stationed. “There is less than 1% of Americans serving in the armed forces, so we kind of keep tabs for the American public on what’s happening in your military.”

Hilgert had been with the chorus about a year when he launched an opera scenes program to create more opportunities for his fellow chorus members.

After four years, a new base commander, Col. Jim Keene, decided to take the program in a different direction, one that would tell the Army story through an operatic lens. He told Hilgert to brainstorm some ideas.

Hilgert's idea: commission an opera that told a real story about soldiers, from real soldiers' experiences.

At the end of each day of interviews, the trio would huddle and recount the stories they had heard. Before long, they had an idea of their story:

A female soldier, gravely injured when her Humvee hits a roadside bomb, slips into a coma and in her dreams encounters fellow soldiers telling her stories of their military experience.

“It was a really clever way, I think, for the librettist to take these true stories that were documented by veterans and then incorporate them into a dreamscape so he could tie them all together,” said director Darling.

Darling, one of only a handful of African-American opera directors in the country, brought a multimedia and tech sense to the staging, adding LED projections and lighting that allows the audience to experience the explosion and battleground scenes without actually seeing them.

Darling had a background in theater and musical theater before he fell into opera. After directing a production for Opera Memphis, the company launched the McCleave Fellowship in Directing to bring more music and stage directors of color into the art form. Darling was an inaugural fellow in 2017.

“I’m having a wonderful time working in opera and I never would have predicted that five years ago, 10 years ago,” he said.

Hilgert said his experience with “The Falling and the Rising” has inspired him. He's already thinking about a second opera.

“It showed something in me that I didn’t know I had,” said the 6-foot-5 Hilgert, who started singing in high school when he wasn’t playing on the school basketball team. “And once I got ahold of it, I couldn’t let it go. It absolutely changed my life.”

At the end of “The Falling and the Rising,” a dozen Tucson veterans will join the cast on stage to perform the finale.

Tucson's Music + Festival has a first: a play within a recital

Retired U of A pianist Paula Fan's recital is more of a play about the storied relationship between composer Richard Strauss and his temperamental soprano bride.

Lisa Morales's "She Ought to be King" gets nine early ballot nominations for 2023 Grammys.

"An Evening of Jazz with Itamar Borochov + Quartet" blends traditional jazz with Sephardic sounds of the artist's native Israel.

Walkers meet downtown and stroll along a route passing some iconic murals while University of Arizona music students perform.

Rising Texas country singer Cody Johnson and fan-fave Jon Pardi round out the headliners for the festival that will be in Arizona next April.

The 2023 Tucson Desert Song Fest will expand into spring

The festival had a chance to snag Angel Blue, one of the country's top rising sopranos, but she was booked until next spring, so organizers created a second run.

The celebrated Florida ensemble is recording the Czech-German Jewish composer's works that had been locked up for 25 years.

“The Falling and the Rising” gives audiences a glimpse at modern military life through the lens of soldiers who live it.

Dennis Whitehead Darling, stage director for "The Falling and the Rising" 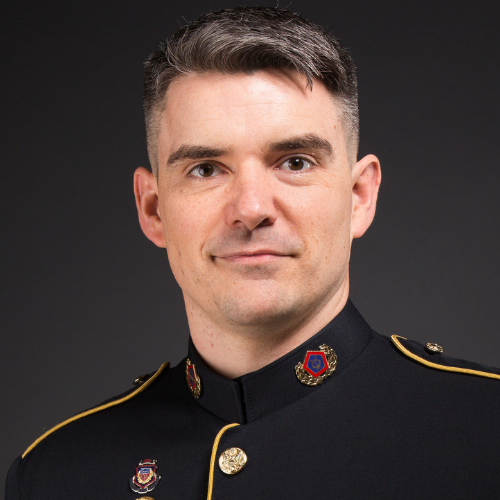