“Beyond Earth’s Edge: The Poetry of Spaceflight”

A fan letter to Voyager II from John Updike. A sudden rush of feeling from an astronaut “never troubled by any emotions.” Native American space colonizers. In this splendid new poetry anthology, Tucson poets Julie Swarstad Johnson and Christopher Cokinos present poems on space flight. Drawn from a 2016 University of Arizona Poetry Center exhibit that Johnson curated, it features poets’ reflections on space exploration from the 1957 Sputnik launch forward, and it finishes with a sci-fi spin.

One surprise in the volume is its many well-known poets. May Swenson wrote about the moon landing? Really? Anne Sexton? Adrienne Rich? As public opinions about these expensive programs differed, so did the writers’: The editors counter Archibald MacLeish’s ecstatic “a wonder to us past the reach of wonder” about the moon landing, with W.H. Auden’s sardonic “It’s natural the boys should whoop it up for/ so huge a phallic triumph.” The poets take readers into immediate contact with actual events and players. Frank Paino’s wrenching “Laika” recreates launching a dog into space. Mary Ellen Solt elegizes the Apollo 1-disaster victims by turning words into crosses. But Patricia Smith portrays an endearing moon landing-skeptic in “Annie Pearl Smith Discovers Moonlight:” “Them stars, them planets ain’t ours to mess with./ The Lord woulda showed Hisself if them men/ done punched a hole in my heaven.”

This anthology is expansive, profound, exhilarating, thought-provoking, entertaining, and informative. For someone like this reader — who would not pick up a book on the history of space flight unless it brimmed with pretty pictures — it’s the perfect route to reviewing space flight history and considering space possibilities. And bonus: it also contains pretty pictures.

By Reynaldo G. Santa Cruz, Jr., with foreword by Richard A. Santillán (self-published). $25.

If there was anything, besides love of family, that’s held the South Tucson Santa Cruz and Gallego families together, it’s love of sports. And at the center of that? Love of baseball. It makes perfect sense, then that Reynaldo G. Santa Cruz, Jr., should weave through this biography of his father, sandlot pitcher when young, and South Tucson councilman when older, a fully developed, fictitious, seven-inning baseball game in 1939. With his father as pitcher.

The life of Reynaldo M. Santa Cruz (1919-1987) was emblematic of the 20th century Mexican-American barrio experience. Born in Tucson to a cross-border couple, Reynaldo left school before finishing fourth grade to help support his widowed mother and brothers. A laborer and South Tucson politician (plus cracker-jack pitcher), he raised a family rooted in togetherness and sport. You see music, courtships, war experience, births, road trips, weddings, reunions, losses. With photographs, tales, and one baseball game that relates a gratifying story of how a determined, hard-working World War II veteran created a family of educators.

Proceeds from the sale of this book will go to three charities, including the Pueblo High Alumni Foundation for student athletes in need.

In her author’s notes for “Temple Dancer,” Tucsonan Amy Weintraub writes that she became haunted by the calendar photograph of a 6-year-old girl she saw in a 1994 trip to India. The child was to be dedicated to the goddess Yellamma, patron saint of poor women, to support her family — probably through prostitution. The plight of that stayed with Weintraub and became a story. Subsequent research led to context for her story — the 1,200-year tradition of devadasi — Hindu temple dancing — that had been outlawed with Indian Independence in 1947. The result is this compelling romance.

A tale-within-a-tale, the frame is the story of Boston social worker Wendy Rabin, who has gone to India for yoga and meditation to recover from divorce, and to reconnect with a beloved guru. The guru, however, had rejected her, and, on the train heading away, she has a peculiar encounter with an older woman, Saraswati, who claims to have been a devadasi. Thrusting a ragged red journal into Wendy’s hands, the woman entreats her to tell her devadasi story. Twenty years pass. Wendy receives a translation of Saraswati’s journal, and she decides to immerse herself in it during a yoga and meditation week in India. Saraswati’s story proves mesmerizing — a beautiful low-caste girl born into poverty, adopted to be trained in temple dance and sensual arts, she catches the eye of the rajah, but loses all when Indian Independence outlaws the tradition.

Elizabeth “Lily” Benton Frémont was the eldest child of John C. Frémont, renowned explorer, military officer and politician, and his wife, writer Jessie Benton Frémont. For all that she was the offspring of illustrious parents, Lily led a quiet existence; she was her family’s mainstay and never married. John Frémont achieved national fame but also suffered ignominious setbacks and his fortunes were at a low ebb when he was appointed governor of the Arizona Territory. He served from 1878-1881, the years covered in Lily’s diary. Her domestic temperament did not prevent Lily from being a lively scribe; with a keen eye for detail and a wry sense of humor she recorded the entrepreneurial and political goings-on of her family as well as observations of post-Civil War society in the territorial capital Prescott. Her account begins with the family’s journey from New York to Arizona, and is filled with rich descriptions of people, events, and unfamiliar scenery. After a particularly trying day (in Arizona they traveled by mule train) she observed “…we found our beds a little hard & a dust storm which blew over & into us did not add materially to our comfort.” Her take on Tucson, where the diary concludes, is revealing.

An explanatory introduction and annotations by editor Mary Lee Spence provide valuable background information, as do extensive footnotes. This volume first appeared in hardcover in 1997.

“From the Cañada del Oro to the Tortolitas, Volume II: From Ranching to Development, 1959-1986”

In 2019, Robert S. Simpson took a deep dive into the history of seven ranches in the 144-square mile area north of Tangerine Road, the current location of Catalina State Park and Saddlebrooke. With Volume II, he expands on this history by picking up the story where his first book ended, covering the period from 1959-1986 and the evolution from wide open ranch land to burgeoning development. Like Volume I, it features a cast of interesting characters, often with instantly recognizable names, including a prominent rancher whose community-building efforts included a famously ill-fated dam, a popular veterinarian and horse race enthusiast, and an American heiress who married a British lord. Timelines, maps, newspaper articles, photographs and personal interviews accompany the text, throwing light on little understood or long-forgotten events and landmarks, and the result is a jackpot for local history buffs. Robert Simpson, who lives in Saddlebrooke, retired from his career in Foreign Service in 1998; he is the author of “From the Canada del Oro to the Catalinas” (Volume I of this series), and “A Saddlebrooke Water Primer.”

Marc Ryder, a U.S. Defense Foreign Liaison agent, has an eye for the ladies, a taste for dirty martinis, and a nose for trouble. They don’t always work in his favor in this tale of international intrigue, set in the not-too-distant past when the Soviet Union was alive and well, and technology still involved pay phones. The non-stop action in “Midnight” has Ryder careening around the globe, “…see(ing) bad guys all over the place,” and indeed, the cast of characters is head-spinning for its sheer volume. The “Bolivian,” a pulchritudinous assassin-for-hire, is the one to keep your eye on — she’s good at her job and is always a step ahead of Ryder, leaving a trail of victims in her wake. But Ryder is persistent: Soviet operatives, South American drug cartels, and a stolen nuclear bomb are all in a day’s work. Norm Olson, a retired FBI agent, lives in Tucson. This is his second novel featuring Agent Marc Ryder.

When it comes to kids and baseball long-time Tucson coach Alex Gaynes knows the score, as he ably demonstrates with this book. In the course of 55 years of coaching — he’s worked with players at every level from T-ball and Little League to a KFC-sponsored Legion team — Gaynes has made a name for himself with his innovative, sometimes unorthodox ways, and with the numerous championships his teams have brought home. In conversational and clear-eyed fashion, he shares personal anecdotes as well as coaching tips and important lessons about working with kids. Let them play, he advises, whether or not they’re stars; love them, trust them, and let them make mistakes, because winning is so much more than just the final score. Although not a long book, it’s filled with sound advice and some great ideas: the “One Strike Game,” for getting kids prepped for the nearly inevitable first-pitch fast ball, is genius. “Turning Baseball Upside Down” is a home-run for coaches and for parents who believe that baseball should really be about kids having fun. When not coaching baseball, Gaynes is an attorney who practices in Tucson.

Helene Woodhams recently retired from Pima County Public Library, where she was literary arts librarian and coordinator of Southwest Books of the Year, the library’s annual literature review.

If you are a Southern Arizona author and would like your book to be considered for this column, send a copy to: Sara Brown, PO Box 26887, Tucson, AZ 85726-6887. Give the price and a contact name. Books must have been published within a year. Authors may submit no more than one book per calendar year.

Books by and about female musicians who rock

Get Valentine's Day ready with RomCom stories by 4 new authors

Up your bird-watching game with these Pima County Library recommendations

These picks from the Pima County Library will help you learn more about bird watching.

How to support businesses, authors at the virtual Tucson Festival of Books

Learn about authors and local businesses and find activities for the kids at this year's Tucson Festival of Books.

These Tucson restaurants and locally-owned independent food businesses are being honored for working to keep the city's food heritage alive.

Fort Lowell Day, a celebration of the history of the midtown Tucson neighborhood, will be held Saturday, Feb. 13, via a series of YouTube videos. 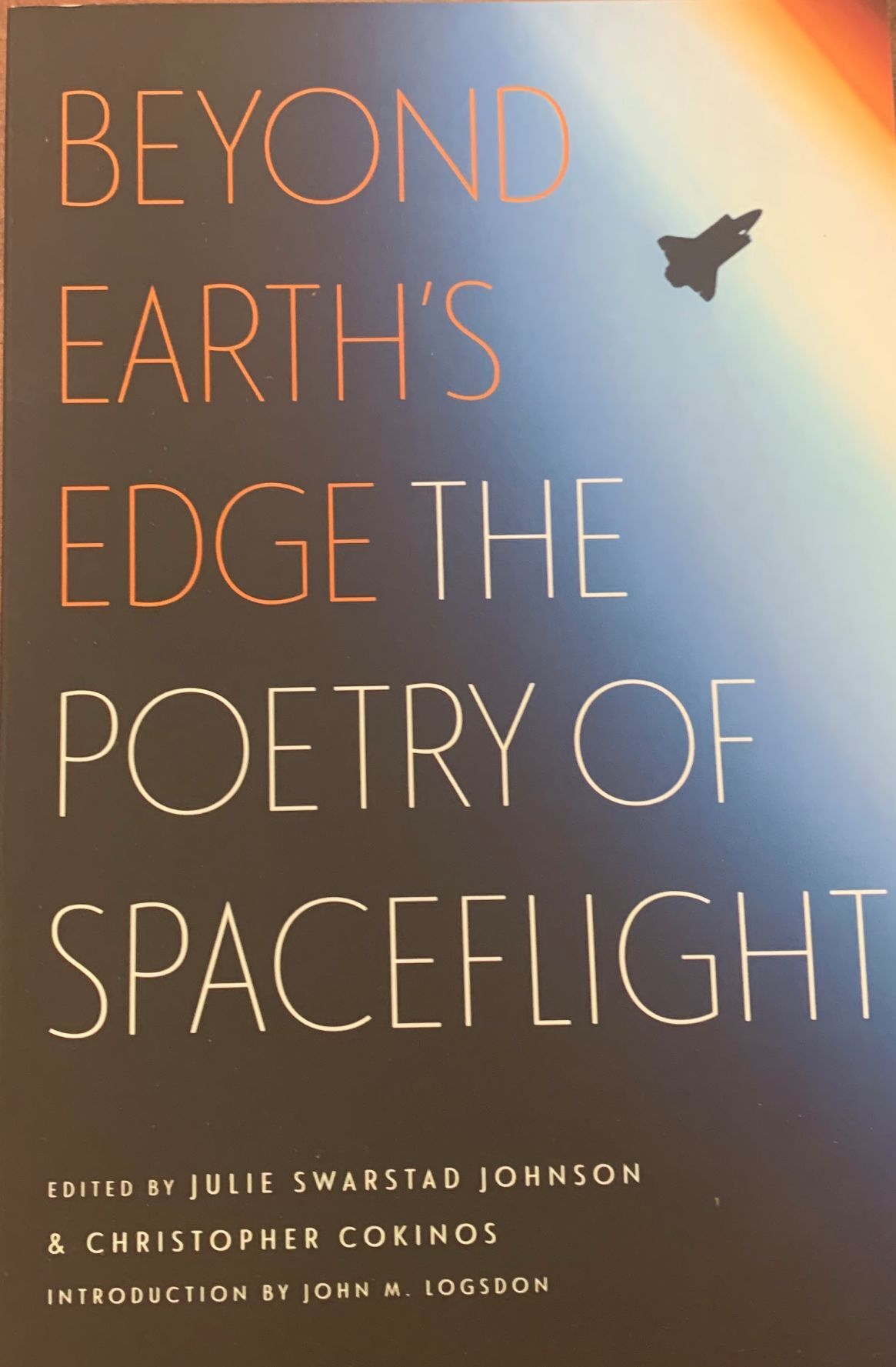 “Beyond Earth’s Edge: The Poetry of Spaceflight” 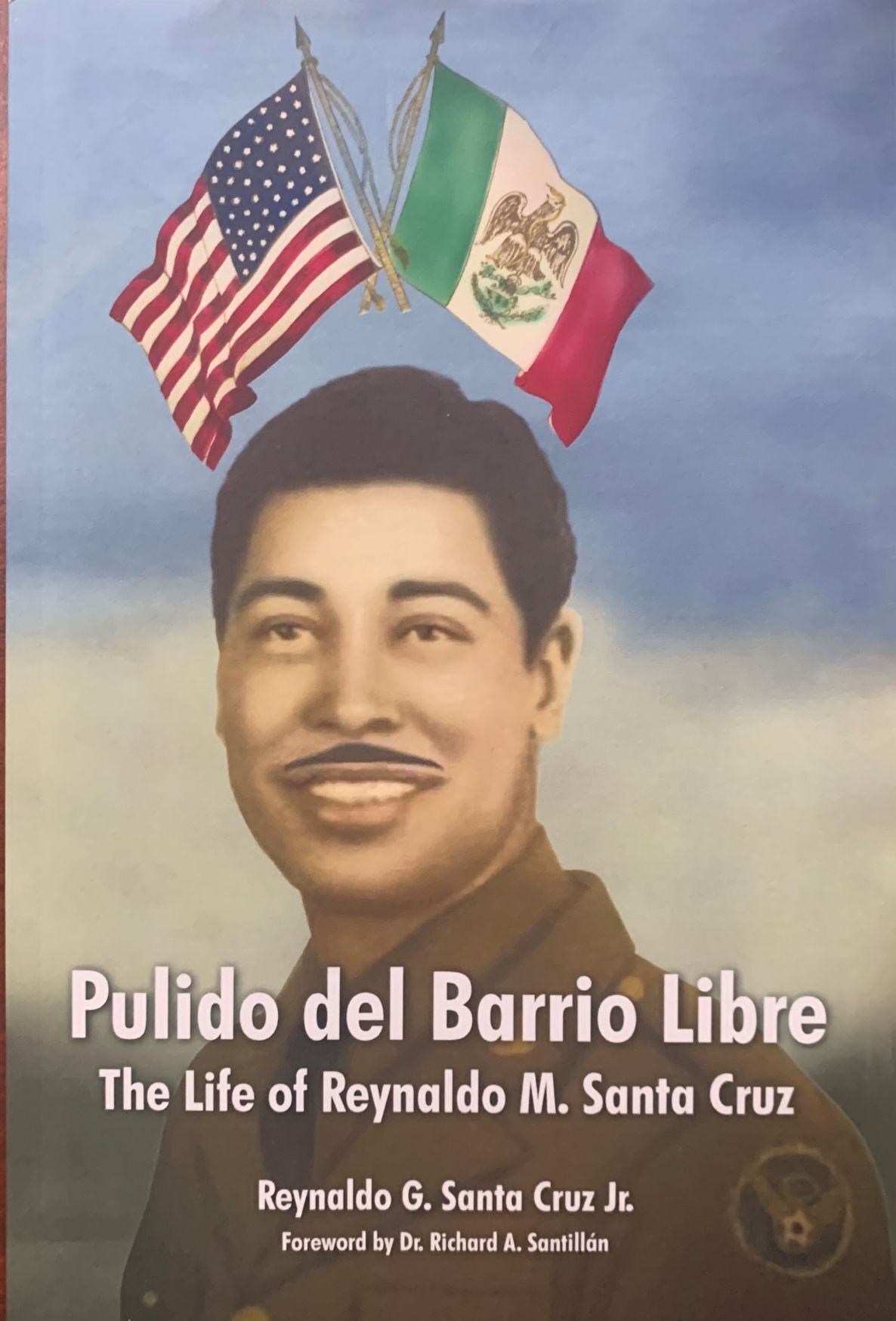 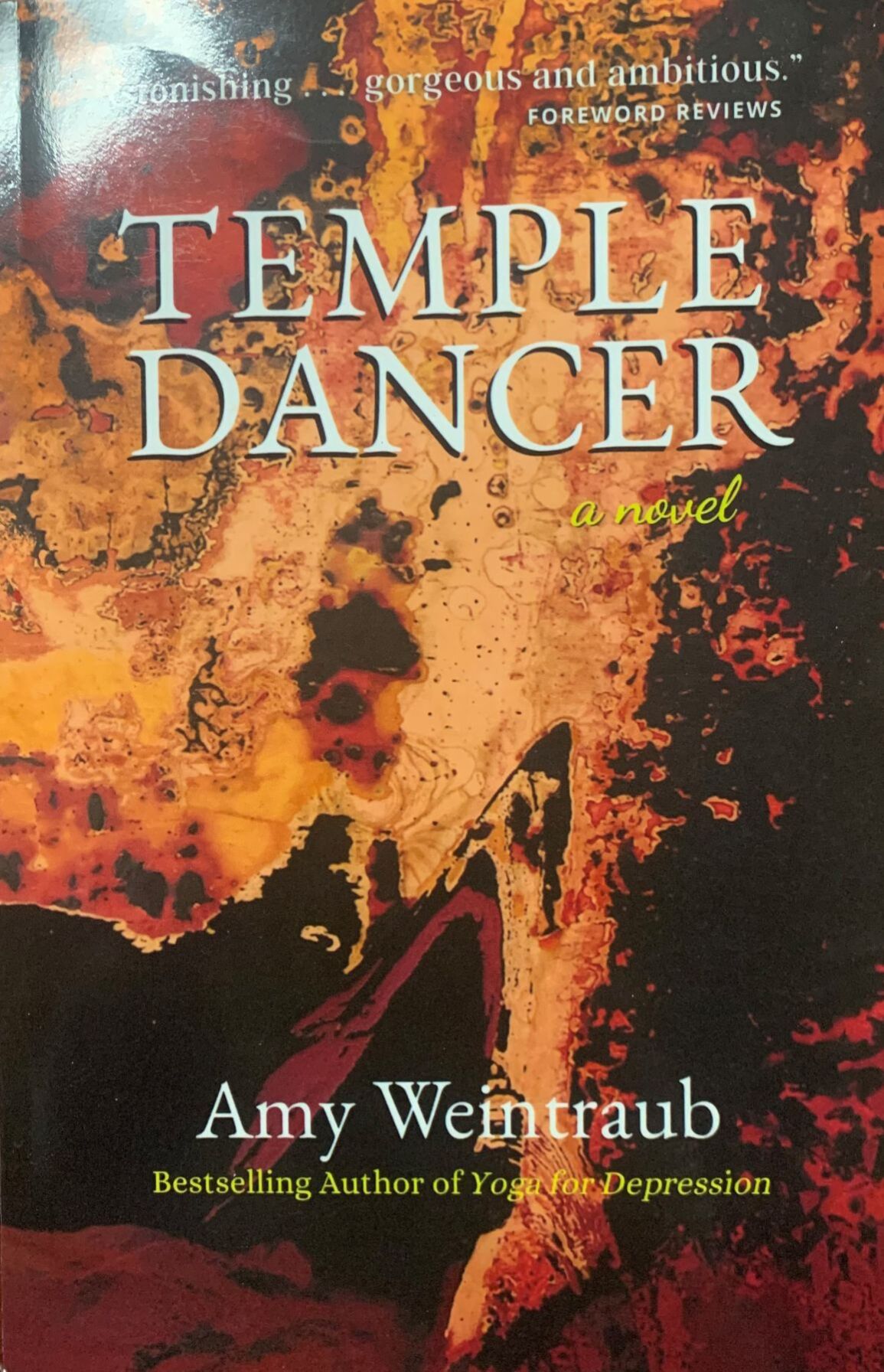 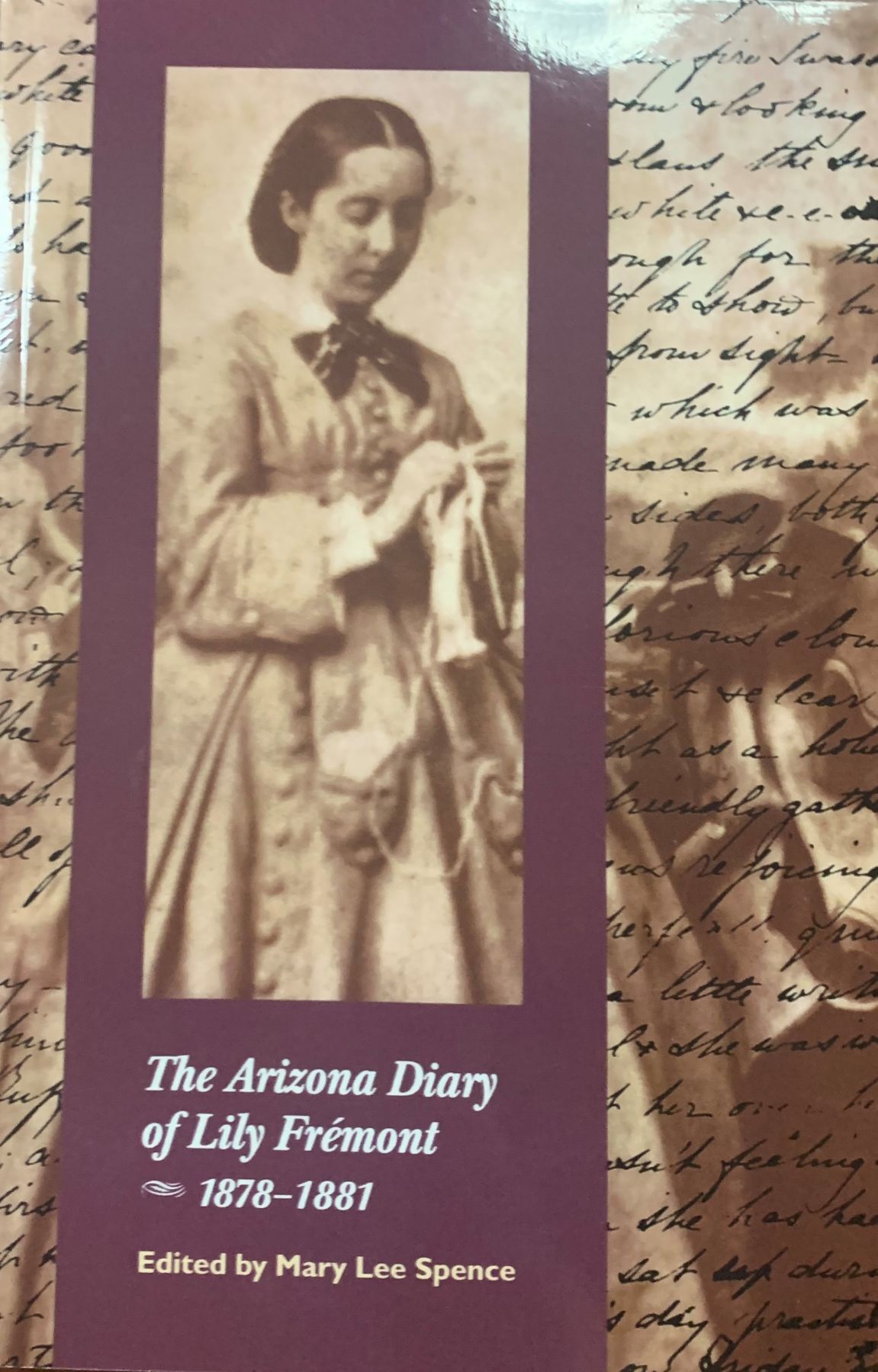 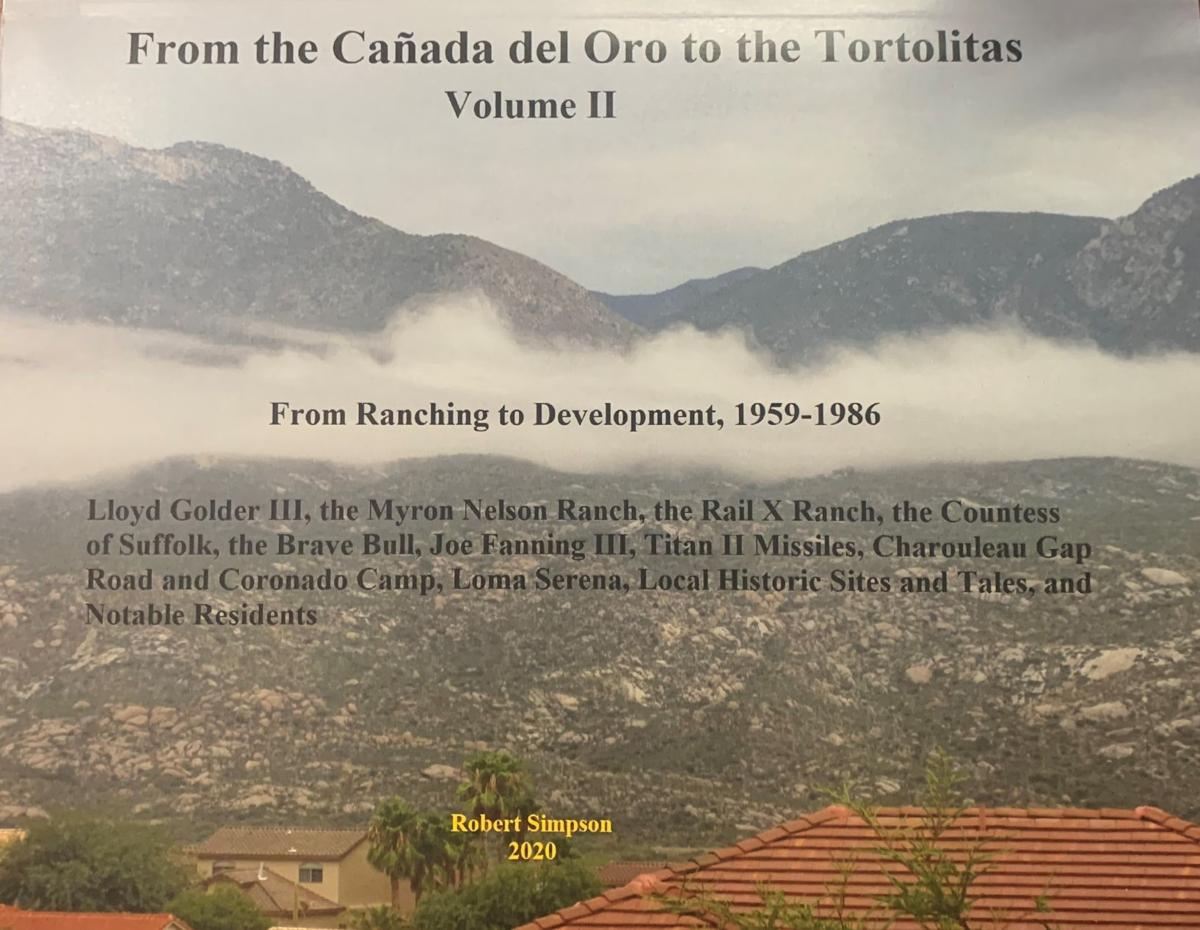 “From the Cañada del Oro to the Tortolitas, Volume II: From Ranching to Development, 1959-1986” 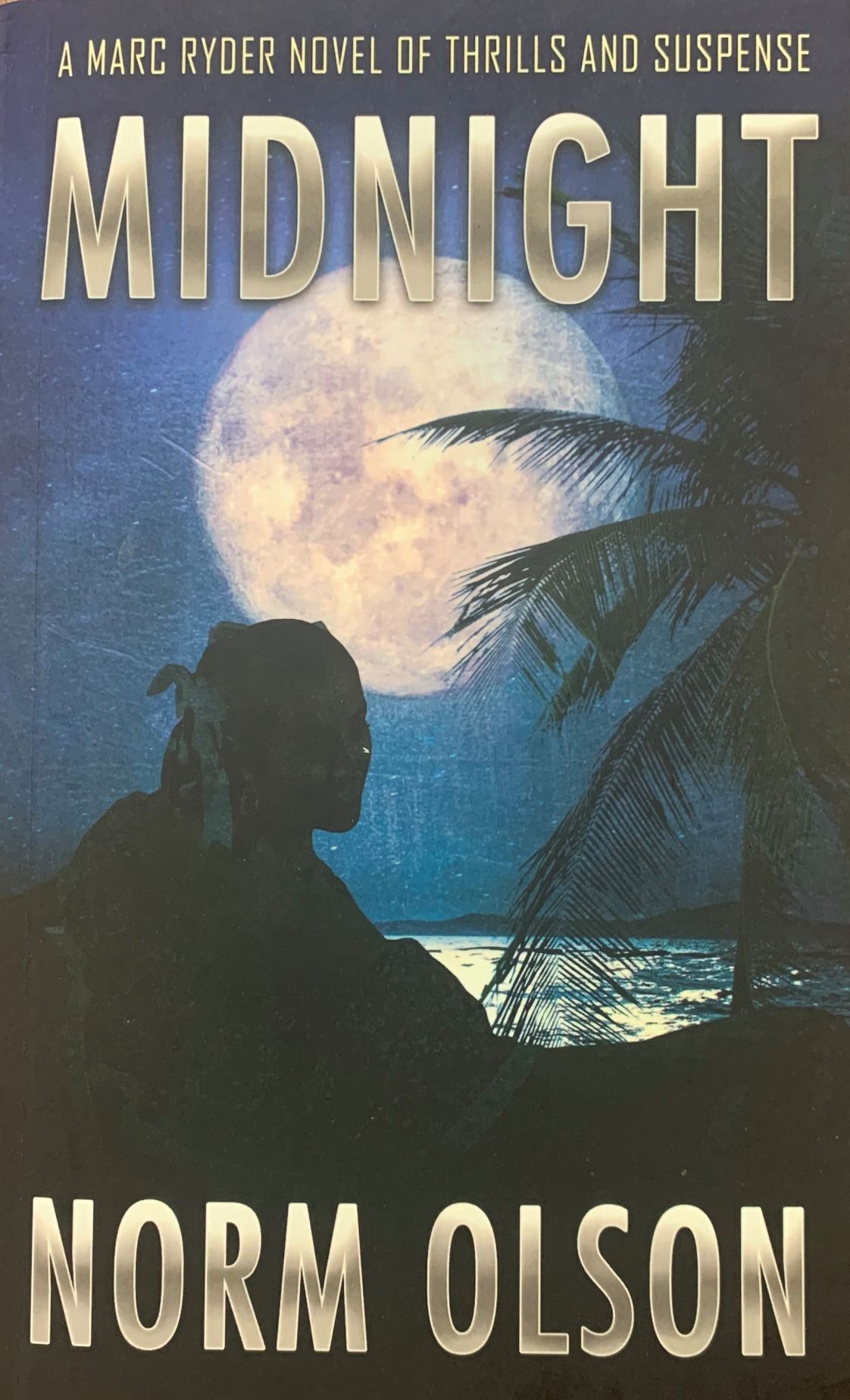 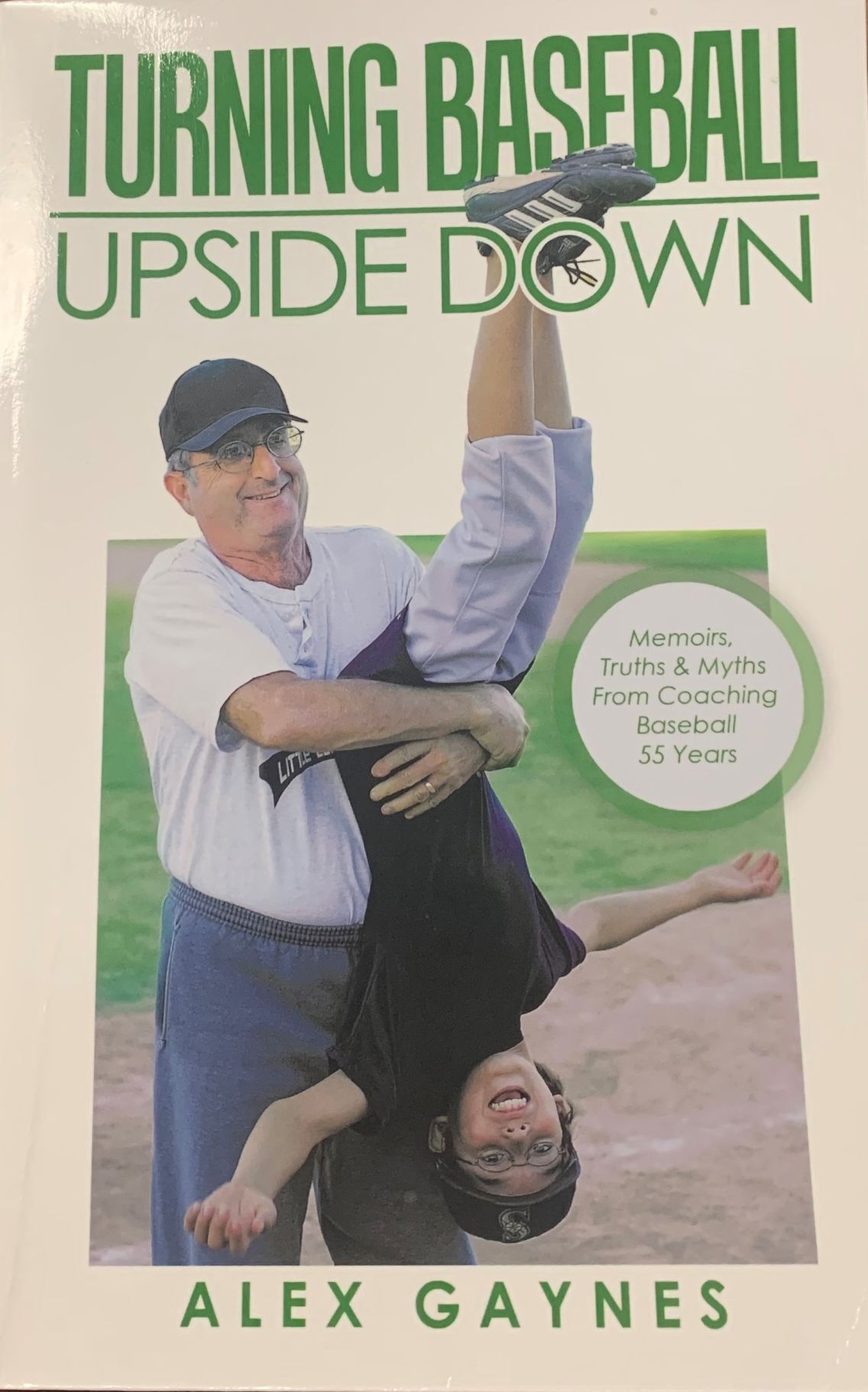