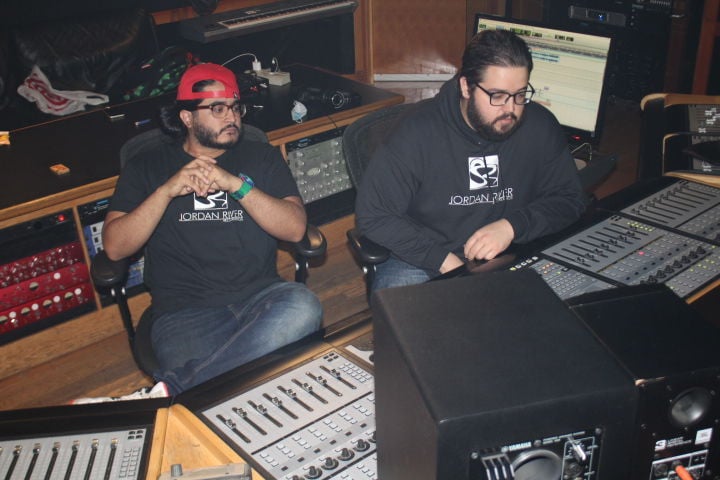 Andy “VodkaGravas” Rodriguez, left, and Adrian Rice have been chasing their childhood dream of music success from Tucson’s southwest side to Phoenix and now Los Angeles. 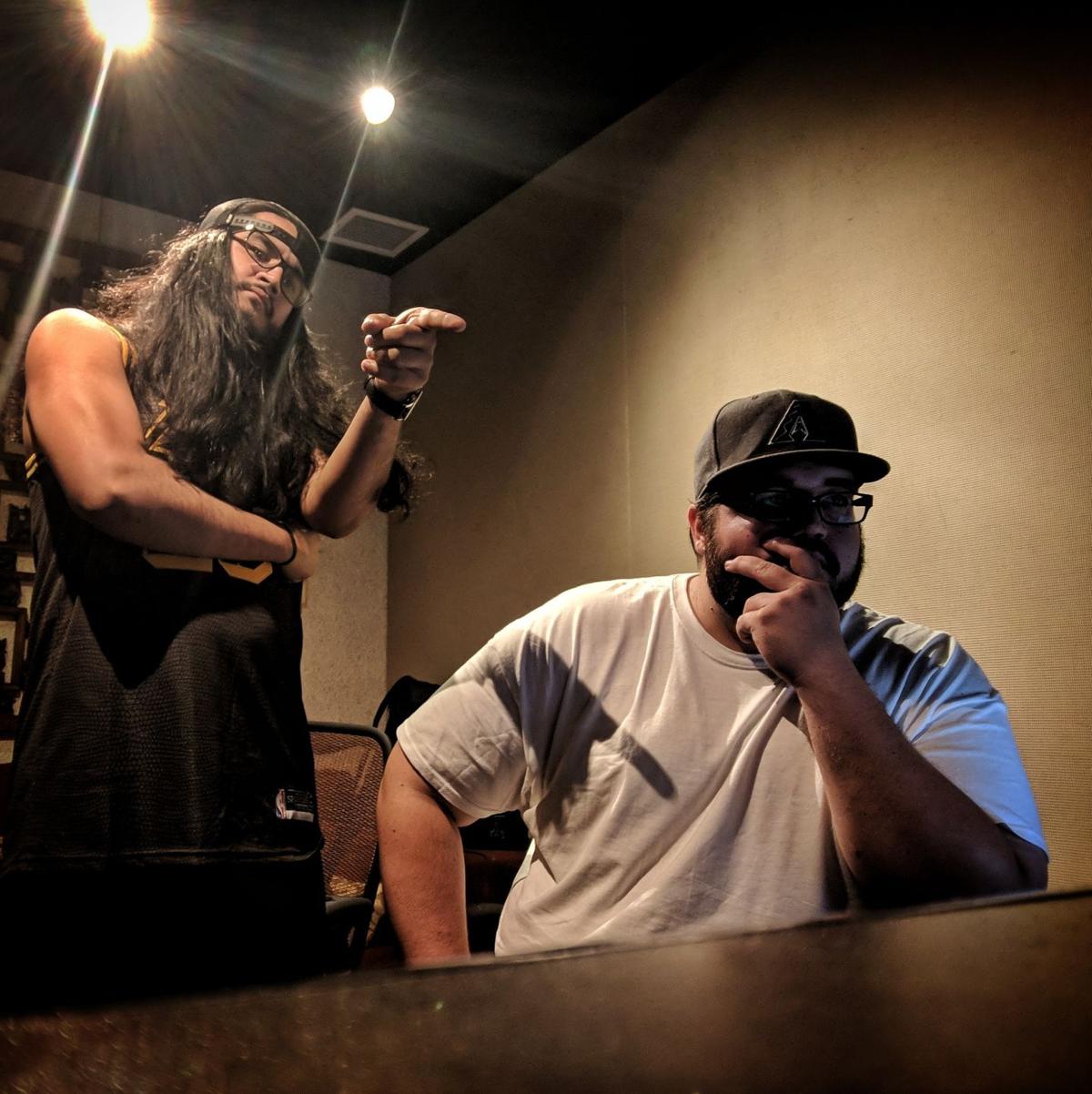 Adrian Rice and Andy “VodkaGravas” Rodriguez are celebrating 10 years since they left their native Tucson to chase their rock-and-roll dreams.

And after years of eating ramen and working odd jobs including at call centers, the pair and their Jordan River Recordings studio is starting to make a name for themselves in LA’s competitive hip-hop and pop music production scene.

Since the COVID-19 pandemic, Rice and Rodriguez have seen an uptick in the number and caliber of artists that want to work with their studio, which they run out of their Los Angeles apartment.

“We’ve had some big names under our umbrella,” said Rodriguez, 30.

“We are still on the road to do what we want to do individually. We still have goals we haven’t hit yet, but we are successful so far,” added Rice, 31.

That success has included Rodriguez’s first-ever Billboard No. 1 certification last summer for his work producing Trevor Daniel’s single “Falling,” which topped the charts in June. He also was part of the team at LA’s star-making Chalice Studios that produced Lil Nas X’s “Old Town Road” that was nominated for a Grammy.

Rodriguez worked for Chalice for four years until COVID-19 shut down studios and venues last spring.

When Chalice regrouped this fall, the studio didn’t have enough work to keep Rodriguez full-time, so he shifted gears and turned his focus to freelance producing as well as projects with his and Rice’s Jordan River.

Rodriguez and Rice grew up on Tucson’s southwest side and met at Valencia Middle School when Rice was in eighth grade and Rodriguez was in seventh. They struck up a friendship over their shared loved of University of Arizona basketball that continued at Pueblo High School, Rice said.

At Pueblo, both boys migrated to the school’s student-run TV and radio stations, getting valuable experience on the production end. Both determined they were going to pursue music as a career, although Rice admits that he had a backup plan: “If music wasn’t going to work out, it was social work or counseling,” he said.

It was Rice who convinced Rodriguez in 2010 to change his plans from attending the UA — Rodriguez had just finished his associates degree at Pima and was headed to UA to pursue a teaching degree — to join him at Tempe’s Conservatory of Recording Arts and Sciences, an intensive ninth-month program that led to studio internships in Los Angeles.

They haven’t looked back.

“It’s been really good,” Rodriguez said, even accounting for the pandemic setbacks. “The universe is telling me I’m kinda doing the right thing.”

“You take that leap of faith and move out of Tucson,” added Rice, who still has his day job at a LA studio in addition to Jordan River. “Tucson has a rich history of music, but it’s always like a pipe dream. Growing up on the southwest side of Tucson, people don’t encourage you to follow creative arts. ... I say embrace the creative side. Don’t be afraid to go for the arts. ... This is attainable.”

Xavier Foley decided he had to write his own double-bass works since the repertoire was so limited.

From small-batch distilleries to an emerging distilling powerhouse, Tucson is making inroads into the next big thing in craft beverages: Spirits.

In honor of Scorpio season, check out one of these book recommendations

As a teen, Eli Piccarretta could be found DJing at high school dances and in the front yard of his Tucson home. Today, he is vice president of A&R for a division of Atlantic Records.

The socially-distanced performances in December will include "Dance of the Sugar Plum Fairy" to give audiences a little taste of the holiday tradition that dates back at least to the mid-1990s.

The showings in Tucson and Oro Valley will include an introduction by Barry Bostwick, known to fans as nerdy hero Brad Majors.

Loft Short Film Fest will be screened in-person and online

The Loft will be screening more than 40 films, available in-person or online, ranging from documentaries to animation.

Sharing a picture book creates a bridge of understanding between young and old that can make you feel good, or motivate you to improve your life, says Pima County Public Library associate Jeannie Constantine.

Tucson's DeGrazia Gallery in the Sun Museum is reopening

The 10-acre compound was designed and built by Arizona artist Ted DeGrazia.

Luke and Joel Smallbone return almost exactly a year after they brought their arena tour to Tucson last October. This tour, with fans in their parked cars, celebrates the Australian-born pair's first-ever Christmas album.

Tucson native Danny Foster felt like the music he was making deserved to be made under his real name, not a character he created when he started rapping in middle school.

Andy “VodkaGravas” Rodriguez, left, and Adrian Rice have been chasing their childhood dream of music success from Tucson’s southwest side to Phoenix and now Los Angeles.