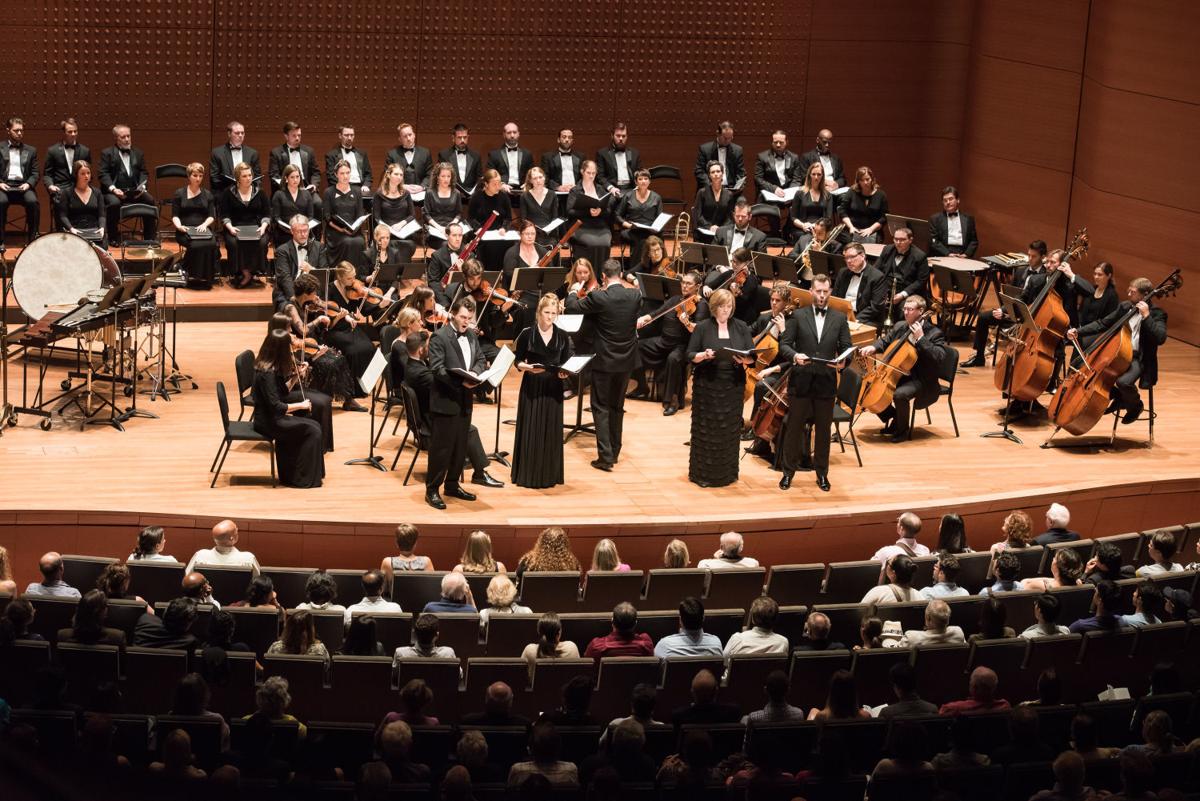 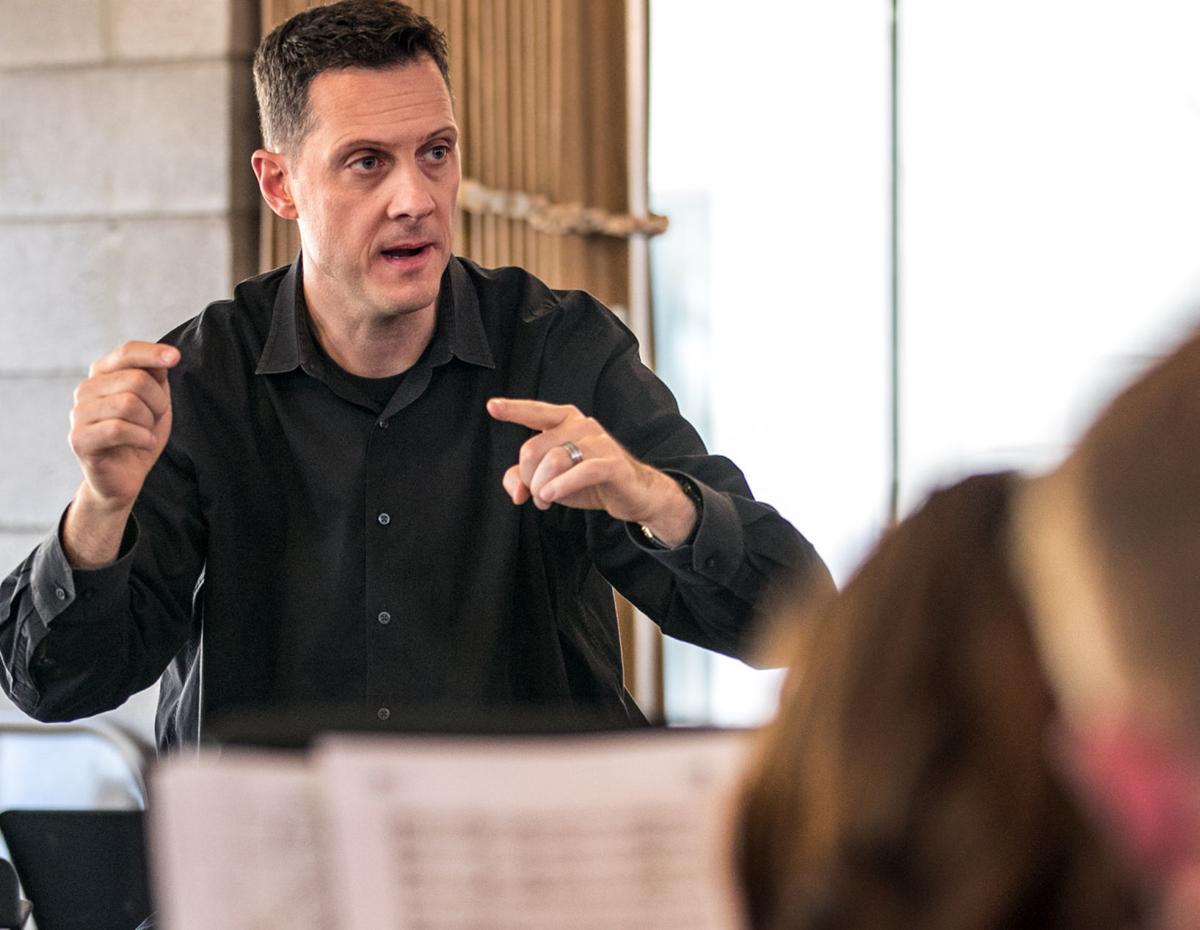 Eric Holtan will lead his True Concord Voices & Orchestra in Bach’s St. Matthew Passion, a work that he has been building up to perform since he started the professional choir 15 years ago.

It took Eric Holtan and his True Concord Voices & Orchestra seven years before they were ready to mount Bach’s B Minor Mass.

Three years later, they did Bach’s even more ambitious St. John Passion in 2014.

At the time, Holtan, who founded the professional choir in 2004, said he was “working up the courage to do the St. Matthew,” the final piece of the Bach masterworks trifecta.

Five years later, Holtan and the ensemble have found the courage. They will perform the work four times this week starting with a performance at the Arizona Bach Festival in Phoenix on Thursday, Feb. 21, followed with Tucson performances.

“Not to diminish the B Minor Mass or St. John Passion, which are both major works, but the St. Matthew Passion is in another league in size and scope and passion,” he said. “It is a major work and we are finally ready to tackle it.”

This will be a first for Holtan, whose only brush with the St. Matthew was working the supertitles as a graduate student at the University of Arizona when Bruce Chamberlain led a cast of 150 — including the UA Symphony Orchestra, Arizona Choir, UA Collegium Musicum, Tucson Arizona Boys Chorus and the UA Symphonic Choir — in a UA Presents performance.

“I’d like to think that I’ve gotten a few more notches on my belt now and the biggest one was the Bernstein Mass” last season, he said. “Part of me thinks that after that, I can tackle anything.”

Bach penned the St. Matthew Passion in 1727 for double orchestra, double choir and solo voices. It’s based on the gospel of Matthew, chapters 26 and 27, and was performed for the first time on Good Friday in Leipzig. In addition to the biblical text, it includes a libretto by German poet Picander (Christian Friedrich Henrici).

“It’s like an opera. There’s a libretto and there ... are arias with soloists commenting on what is happening and the chorus playing a role or commenting,” Holten said. “It’s very dramatic.”

Holton is using 32 True Concord vocalists and 24 members of the Tucson Arizona Boys Chorus that he is splitting into two choirs. The orchestra, comprised of 27 players, also will be split into two groups, performing separately and together.

Bach doesn’t get any bigger than this, said David Topping, an Arizona Bach Festival board member.

“It’s the pinnacle, the masterpiece,” he said. “Everyone considers it kind of Bach’s big monument to this kind of art.”

The work is rarely performed — aside from community and university choir performances. It has never been performed professionally in Tucson. It hasn’t been performed in Phoenix in about a decade, said Alex Kosiorek, president of the Phoenix Early Music Society.

The society, celebrating its 23rd year, teamed up with the Bach Festival to co-sponsor True Concord in Thursday’s performance. The concert is the highlight and the finale of the Bach Festival, now in its 10th year. The four-concert festival kicked off last month.

“When we heard he was doing it, that was perfect,” Kosiorek said. “If you are going to pick one of the masterworks of Bach, it’s the St. Matthew Passion, and you want to take time to hear it and see it.”

“There are no lulls in it. It’s action packed. It’s very dramatic,” he said. “And it is full of stunningly beautiful and memorable melodies. It boggles my mind.”

“I couldn’t have done it five years ago,” Holtan said. “Artistically we have grown each and every year, and as we’ve tackled these various masterworks (Bach’s ‘Magnificat,’ Vivaldi’s ‘Gloria,’ Mendelssohn’s ‘Elijah,’ Mozart’s C Minor Mass), it’s been a building-up point, building up our own cred and chops to be able to tackle this piece. I think we’ve arrived as a group and I think I’ve arrived as a conductor.”

Tickets: $40 premium seating, $25 general admission and can be purchased at trueconcord.org.

Choir's performance sets the bar high for the next group to tackle Bach's behemoth masterpiece.

Tchaikovsky competition winner will perform the piece that launched his 40-year career.

The one-person show is at times somber, often funny, and ultimately joyous.

Revised one-woman show is more of a stage play than song-and-dance/comedy show.

Eric Holtan will lead his True Concord Voices & Orchestra in Bach’s St. Matthew Passion, a work that he has been building up to perform since he started the professional choir 15 years ago.