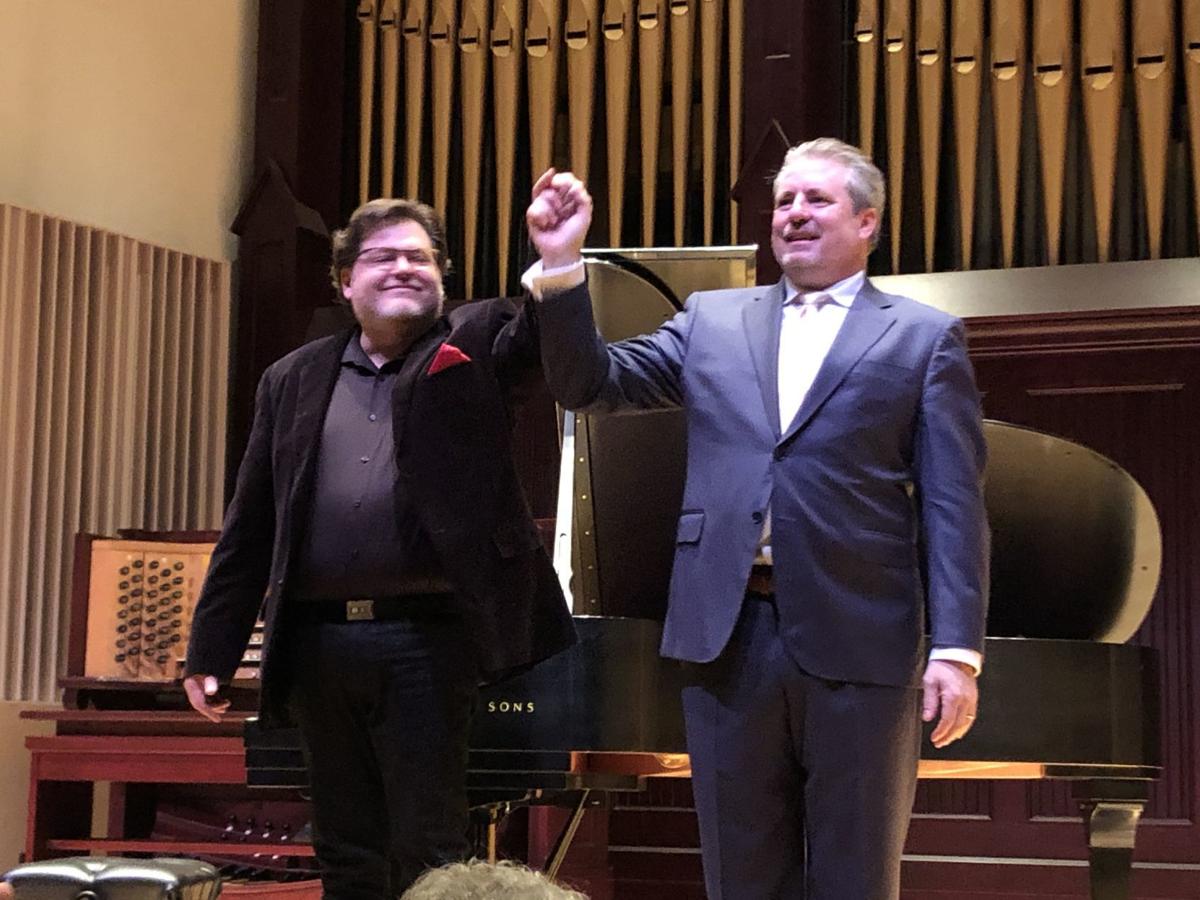 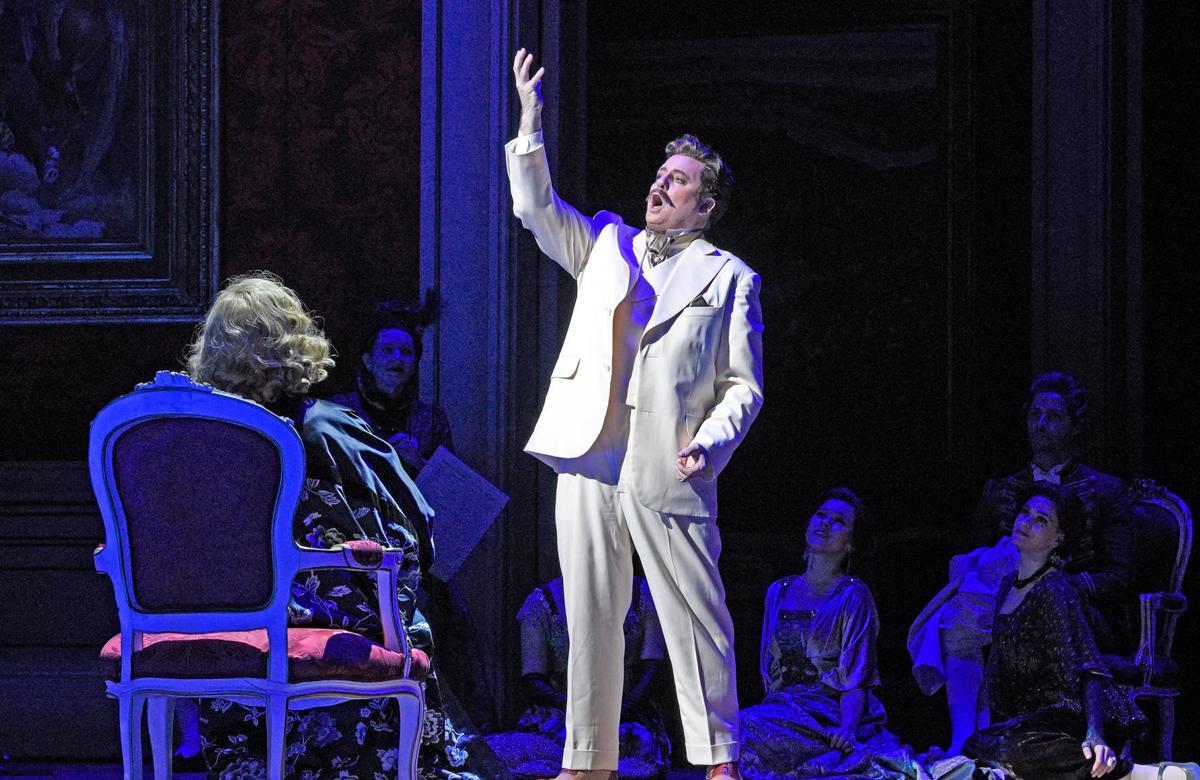 Matthew Polenzani is an international rock star in the opera world, but even he was a little stunned by the reception from a packed audience at Holsclaw Hall Friday night.

Before he had even sung a word, the audience filling nearly every seat of the University of Arizona Fred Fox School of Music venue bolted to its feet with a raucous round of applause.

A woman in the front row, dead center, let out a whoop whoop and Polenzani, accompanied by Arizona Opera pianist Christopher Cano, smiled in disbelief.

"I don't usually have people standing at the start of the program. Oh gosh," he said with a chuckle, and the woman in the front row shouted out, "I'm excited!"

"You're excited? I'm excited," he said noting how close he was to his audience in the 200-seat hall. "It's highly likely I'm going to spit on you at some point."

The reception was what Arizona Opera President and General Director Joseph Spector predicted when introducing Polenzani. Moments before the performers came on stage, Spector said the recital, presented by Arizona Opera, had sold out faster than a Sting concert.

Polenzani is one of the biggest stars in opera today so the excitement surrounding his recital — his first in the Southwest — as part of the Tucson Desert Song Festival was understandable.

Polenzani made the intimate Holsclaw feel like his living room. He hit the high end of his register in the pleading Schubert song "Im Früling" and we held our collective breath to see where he would take it before the audience burst into applause. He advised us that we might want to wait until the end of the Schubert five-song cycle to clap or we would be there until 10 p.m.

Polenzani inhabited the characters in the Schubert cycle, from the heartbroken lover in "Im Früling" to the man musing his quiet rustic life among the crickets in the light-hearted "Der Ensame." There was a palpable hurt to his tone in the aching love ode "Standchen," and when he hit that thrilling high note at the end you could feel the hairs on your arm stand up.

Polenzani closed out the concert's first half with Beethoven's "An die ferne Geliebte" (To the distant beloved) before turning his attention to Broadway for much of the second half.

He channeled his inner bad boy in Bernstein's "Something's Coming" from "West Side Story," which also showcased Cano's immense piano talents, and took our breath away at the end of 'Una furtiva lagrima" from Donazetti's "L'eliser d'amore" with a quivering, emotional vibrato.

Not surprising Polenzani ended the program with Eduardo di Capua's famous Neopolitan song "O sole mia,"  which allowed him to show off the full range of his tenor.  "O sole mia" is almost required in a tenor recital and Polenzani's performance rivaled that of fellow tenor great Pavarotti.

After several rounds of bravo and applause, Polenzani returned to the Holsclaw Hall stage alone and accompanied himself on the piano for the sobering "Danny Boy." And when he had finished, he bowed his head at the piano and the woman in the front row sprang from her seat in applause.

After nearly two hours, she looked like she was still excited.

Can I get an Amen! Morris Robinson, True Concord amaze in 'America Sings'

In song fest's first week, sellouts were the norm

Yongzhao Yu is one of two Arizona Opera cast members who are part of the 2020 Tucson Desert Song Festival.